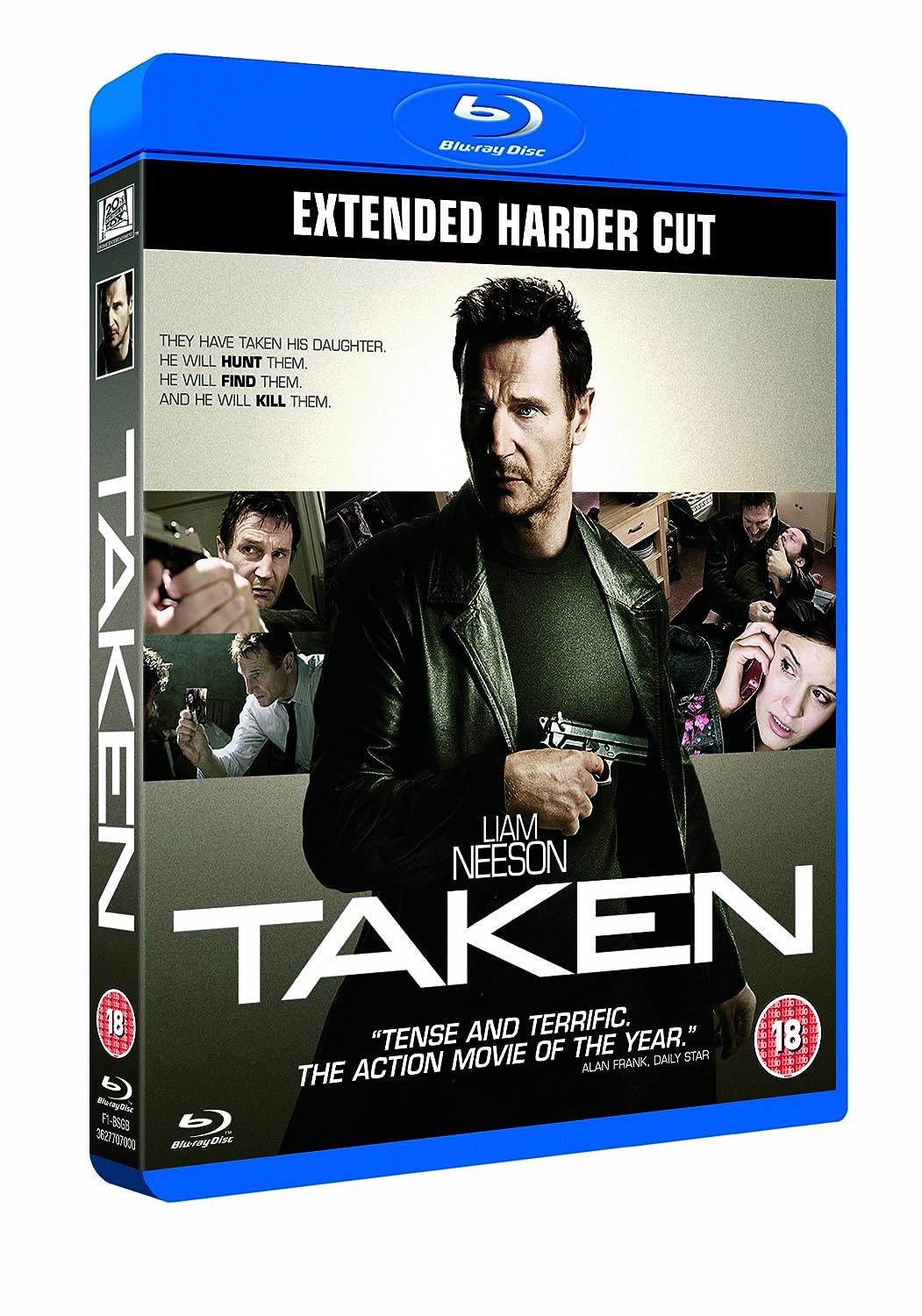 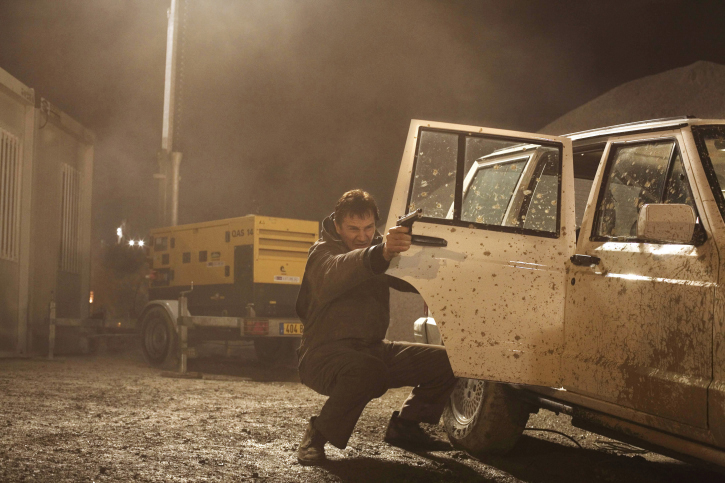 Retired CIA field agent Bryan Mills attempts to build a closer relationship with his 17-year-old daughter Kim, who lives with her mother Lenore and her wealthy stepfather Stuart. While overseeing security at a concert for pop star Sheerah, Bryan saves her from an armed attacker. Out of gratitude, Sheerah offers to have Kim assessed as a singer. Before Bryan can tell her about the offer, Kim asks her father for permission to travel to Paris with her best friend Amanda. As he’s wary about Kim’s safety since she wants to go on without him, he initially refuses, but eventually agrees. At the airport, Bryan learns the girls are actually planning to follow U2 during their European tour.

Upon arriving at Charles de Gaulle Airport, Kim and Amanda meet Peter, an attractive young Frenchman who offers to share a taxi. Kim and Amanda go to Amanda’s cousins'[clarification needed] apartment, where Kim finds out the cousins are in Spain. While she makes a call to Bryan, Kim sees men enter the apartment and abduct Amanda. Kim follows her father’s instructions to hide and listen closely. After she is dragged out from underneath a bed, Kim yells a description of her abductor. Bryan hears a person breathing heavily and, realising one of the abductors has picked up the phone, tells him that he will not go after the kidnappers if they release his daughter, but warns them that failure will result in their deaths. A man tersely replies, “Good luck.” 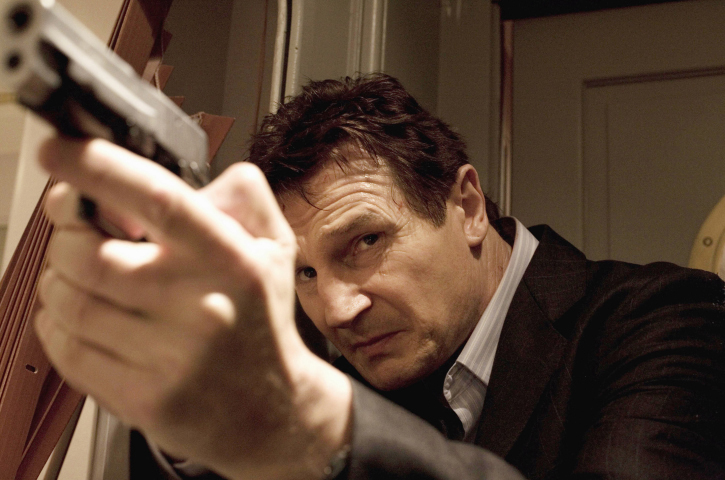 Sam, an old friend and former colleague of Bryan, deduces that the kidnappers are part of an Albanian sex trafficking ring and identifies the man as Marko Hoxha. Based on previous history, Kim will disappear for good if not found within 96 hours. Bryan flies to Paris, breaks into the apartment and finds Peter’s reflection in a picture on Kim’s phone. He finds Peter at the airport and tries to capture him. While fleeing, Peter gets rammed by a truck. With his only lead dead, Bryan turns to an old contact, former French intelligence agent Jean-Claude Pitrel, who now has a desk job. Jean-Claude informs him of the local red-light district where the Albanian prostitution ring operates, but warns him not to get involved. Bryan enters a makeshift brothel in a construction yard, where he rescues a drugged young woman who has Kim’s denim jacket. After a gunfight and high-speed chase with the brothel’s operators, Bryan takes the woman to a hotel where he treats her with improvised detoxification.

The next morning, the woman tells Bryan of a safe house where she and Kim were kept. Posing as Jean-Claude, Bryan enters the house under the pretense of re-negotiating the police protection rate. When he identifies Marko Hoxha by making him repeat the same phrase as on the phone, the meeting erupts into a fight that results in the death of all gangsters except Marko. A quick search reveals several heavily drugged girls, including a dead Amanda. Bryan ties Marko into a chair and interrogates him using parrilla. Marko reveals that virgins like Kim are sold quickly due to their prized value, and identifies the buyer as Patrice Saint-Clair. Bryan leaves him to die from continuous electrocution and visits Jean-Claude’s apartment that evening. Having discovered Jean-Claude’s corruption, Bryan injures the latter’s wife to coerce him into disclosing Saint-Clair’s location. 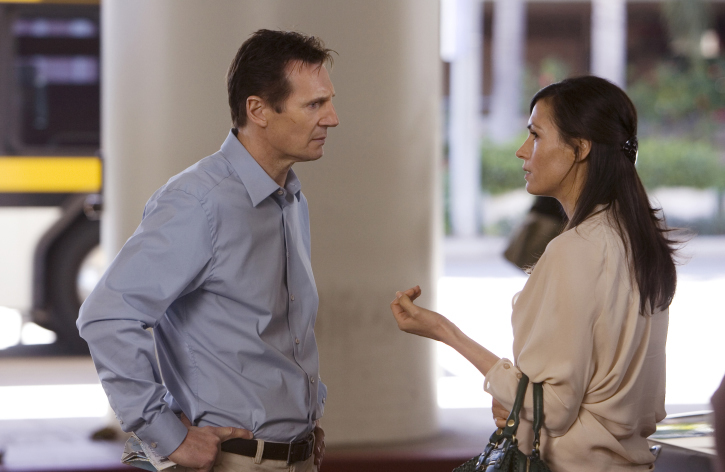 Bryan infiltrates a covert sex slave auction underway beneath Saint-Clair’s manor, where Kim is the subject of the last sale. Bryan forces Ali, an Arab bidder, to purchase her. While making his way out, Bryan is knocked out and chained to a pipe, but manages to escape and eliminate Saint-Clair’s henchmen. Saint-Clair reveals a yacht owned by a sheikh named Raman before Bryan murders him. Bryan pursues the yacht and eliminates the bodyguards, including Ali, before encountering Raman in his suite where he is holding Kim at knifepoint. When Raman attempts to negotiate, Bryan kills him with a headshot. Back in the United States, Kim is reunited with Lenore and Stuart. Lenore reconciles with Bryan and allows him to bond with Kim by visiting Sheerah together. 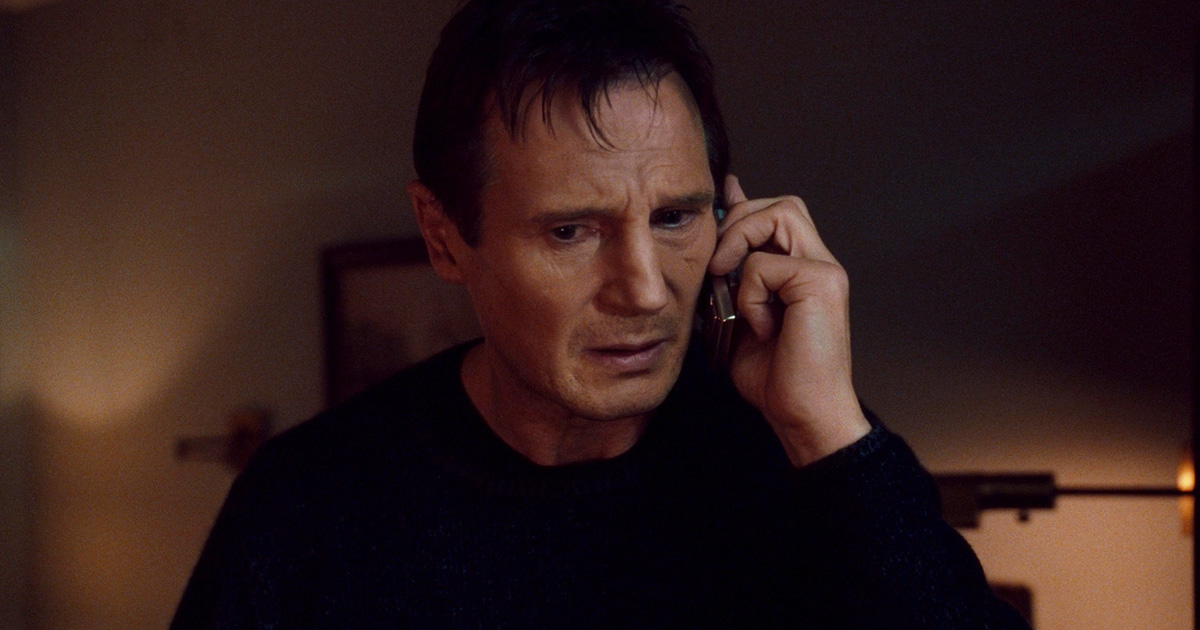 Forget about Oscars, plot points, or coherence. This dude’s daughter has been kidnapped, and he’s a former government agent trained to make bad guys’ lives a living hell. Do you want to see him find his daughter and take down the scum who took her? Of course you do. Even reading this review is over-analyzing it. 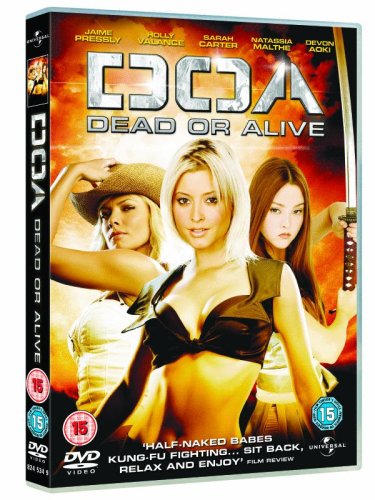 A group of martial arts and combat masters are invited to a fighting contest, “Dead or Alive”, on an isolated island within an advanced complex, with the ultimate prize of $10 million. Among the competitors are Kasumi, a shinobi ninja-princess looking for her brother Hayate (who was competing in the last tournament), Tina, a professional wrestler setting out to prove she has more potential (complicated by her father Bass being one of the contenders), Christie, a master thief and assassin, her treacherous partner Maximillian ‘Max’ Marsh, and Hayabusa, a friend of Kasumi and Hayate who follows Kasumi to keep her safe, using the invitation to DOA for this. A final competitor is Helena Douglas, daughter of the tournament’s late founder. When they arrive, they are monitored by the island’s supervisor, Dr. Victor Donovan, who, aided by egghead Weatherby, is gathering data (using injected nano-sensors) from the fights for some mysterious project. To add to the situation, an assassin from Kasumi’s colony, named Ayane, has followed Kasumi to kill her and wipe away the disgrace the princess has caused to the clan. 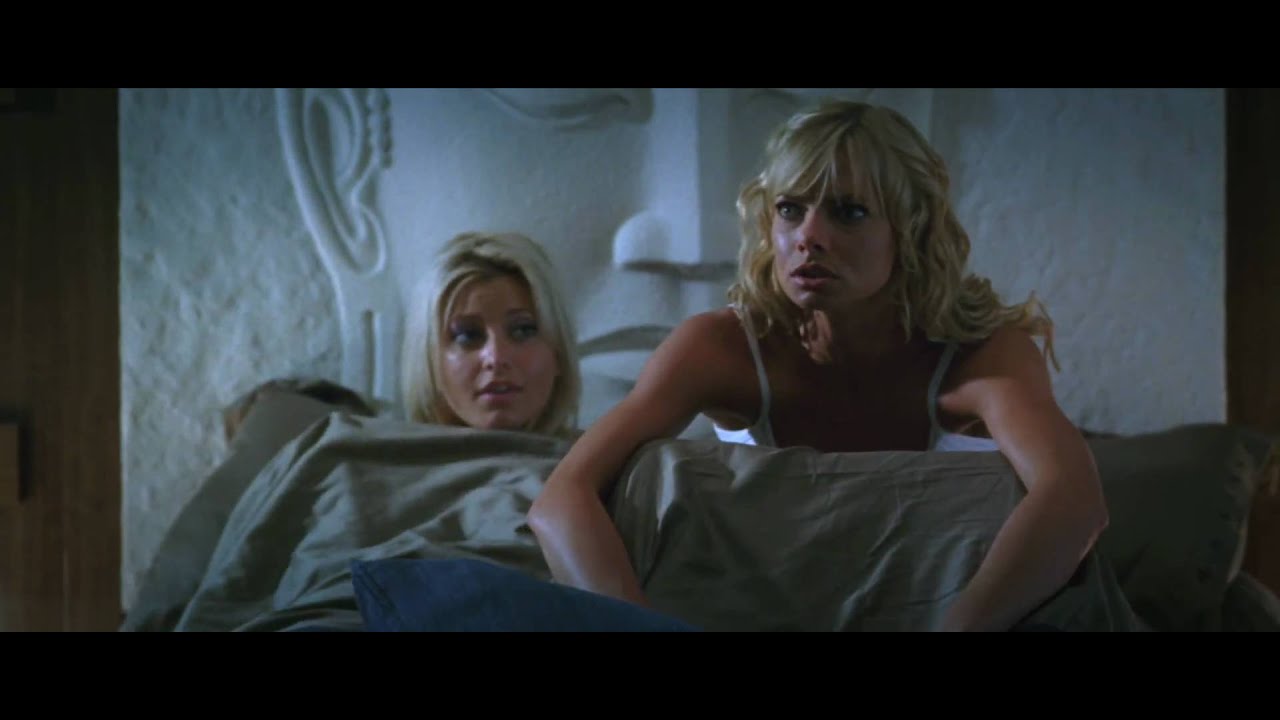 The contest plays out, with multiple contestants fighting and being defeated (including Gen Fu, Bayman, Leon, and Zack), until only Kasumi, Christie, Hayabusa and Tina are left, with Helena being defeated by Christie. During the course of the film, Max and Christie form a plan to steal the fortune stowed away inside a hidden vault. During her fight, Christie sees that the key to finding and unlocking the vault is a tattoo on the back of Helena’s neck. Meanwhile, Kasumi begins to suspect Donovan of lying about her brother being killed in the previous tournament, and Hayabusa, infiltrating the main facility to find the truth, is captured. She is more than once confronted and nearly killed by Ayane, who Kasumi tries to convince that Hayate is alive (since it is eventually clear that Ayane loves Hayate). Also, Weatherby begins to fall for Helena, and in the end tells her about what he knows of the mystery project, and that before Helena’s father could shut the project down, he died (indicating that he was murdered).

On the final day of the tournament, wondering where Hayabusa is, Kasumi, Christie and Tina look for him and discover a secret entrance to the main complex, where they find Hayabusa unconscious. They are then gassed and captured. Meanwhile, Helena resolves to stop the mystery project, and has to fight the armed staff of the island, sent to kill her and Weatherby by Donovan. They are followed inside by Max, who finds his way to the vault, and is then knocked out by Bayman, who is working for Donovan. Inside the main complex, Donovan shows the four semifinalists the project he has been developing; an advanced form of neural interface that allows him and others to use the fighters’ combined skills to become the ultimate fighter. After ‘downloading’ the data into the device (shaped like a pair of sunglasses), he then shows that he kept Hayate alive and in peak condition to test the technology. He challenges Hayate to fight and win, if the others are to survive. Hayate accepts and is defeated, then thrown through a wall to die. Hayate is saved by Ayane, and the two of them apparently accept each other.

With the successful demonstration, Donovan prepares to sell the technology around the world, and begins “downloading” it to the watching buyers. Weatherby stops the broadcast and alerts the CIA, which provokes Donovan to head for them. Helena keeps Donovan back while Weatherby frees the others, but both are defeated and Donovan activates a self-destruct sequence which will obliterate the base. Kasumi, Helena, Christie, Tina, Ayane, and Hayate launch a combined attack on Donovan, while Hayabusa and Weatherby find Max and escape with him, despite Max’s urge to go back for the money. During the battle with the fighters, Donovan’s ‘glasses’ are knocked off and he is easily paralyzed by Hayate and Kasumi. The fighters then all escape as the base explodes and Donovan is consumed by the flames, making their escape by a hijacked pirates’ boat. In the final scene, Helena, Ayane, Christie, Tina, and Kasumi are shown together again preparing to fight an army of ninja in Kasumi’s palace.

it is a fun and escapist film to pass an hour and a half.