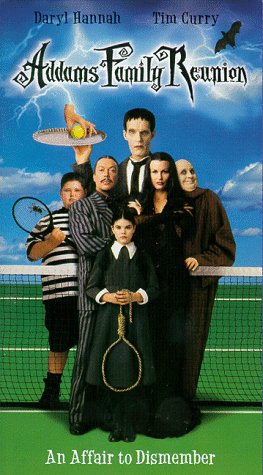 The film begins as Lizzie McGuire (Hilary Duff) prepares for her junior-high graduation with her best friend, David “Gordo” Gordon (Adam Lamberg). During the ceremony, Lizzie trips onstage and accidentally brings the curtain down on her fellow graduates; this causes her to be teased by her ex-best friend, Kate Sanders (Ashlie Brillault), and her younger brother Matt (Jake Thomas). After graduation, Lizzie and her class embark on a trip to Rome chaperoned by their future high school principal, Angela Ungermeyer (Alex Borstein). To their dismay, Lizzie and Kate are assigned to the same hotel room.

Their class visits the Trevi Fountain, where Lizzie is approached by an Italian pop star named Paolo (Yani Gellman) who mistakes her for his singing partner, Isabella (also played by Duff). Paolo asks Lizzie to meet him at the fountain the next day, and she feigns illness to sneak away. He explains that he and Isabella are booked for the Italian Music Awards, but she left Italy after their breakup. Paolo tells Lizzie that Isabella lip syncs, and begs her to pose as Isabella for the concert. Although she reluctantly agrees, she begins to enjoy the life of an Italian pop star: designer clothes, dance rehearsals, and adoration from fans.

Lizzie continues to fake being ill to prepare for the concert, but Kate quickly figures out her secret. To Lizzie’s surprise, Kate agrees to help her and the two become friends again. Lizzie begins to fall in love with Paolo, to Gordo’s dismay. Ethan suspects Gordo is jealous of Paolo, though he insists otherwise. Meanwhile, Ms. Ungermeyer interrogates the students to learn who has been sneaking out. Gordo takes the blame, and is sent back home as punishment. Lizzie is shocked when Kate says that Gordo sacrificed himself to protect he. 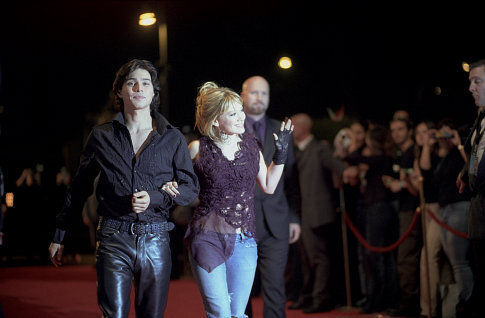 At the airport Gordo meets Isabella, who has returned for the concert and is upset to hear that Lizzie is impersonating her. She and Gordo realize that Paolo is planning to cut Lizzie’s microphone at the concert, demonstrating to the crowd that Isabella is a fake. Paolo is planning on ruining Isabella’s career and embarrassing Lizzie again. Gordo and Isabella rush to the concert to stop him. Back home, Matt browses the Internet and finds Italian gossip sites with pictures of Lizzie as Isabella. When he tells his parents, the family flies to Rome. Ms. Ungermeyer realizes that Lizzie is missing again, and Ethan accidentally reveals that she is at the Italian Music Awards. The class rushes to the concert to find Lizzie; Gordo and Isabella find her backstage preparing for the show, and warn her about Paolo’s scheme. Lizzie refuses to believe them at first, but Isabella insists that Gordo can be trusted and Paolo is using her. 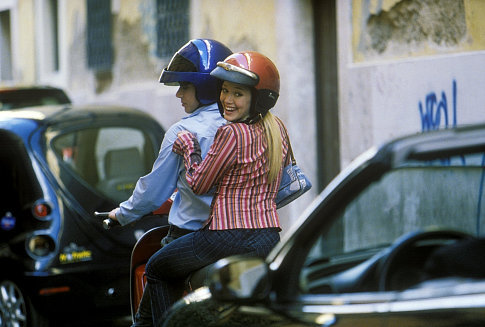 During the performance Isabella and Gordo expose Paolo by turning on his microphone, revealing his real voice. Embarrassed, Paolo runs off and is ambushed outside by paparazzi. His bodyguard, Sergei (Brendan Kelly), tells him it is time to face reality and quits. Sergei flirts with Ms. Ungermeyer, who has gotten the class and Lizzie’s family into the concert by beating up the bouncers. Isabella introduces Lizzie to the crowd, and has her sing “What Dreams Are Made Of”. As a singer, Lizzie gains a newfound confidence. Later, they celebrate at the hotel’s after party. Ms. Ungermeyer rescinds Gordo’s punishment, and Lizzie’s parents tell her she is grounded for the rest of the summer. Lizzie and Gordo sneak away from the party to go up to the roof. They promise to never let things change between them. The two kiss and rejoin the party. 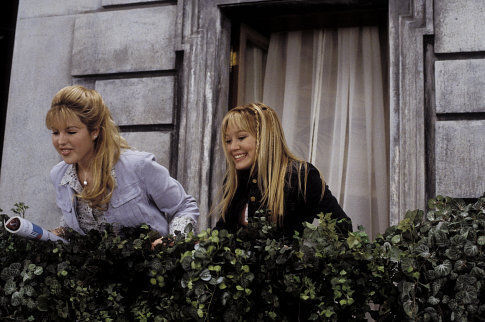 This film is okay for kids who like Lizzy McGuire. I don’t think it will be watched over and over like some of our films, it is nice to see Evangeline Lilly before she did Lost.