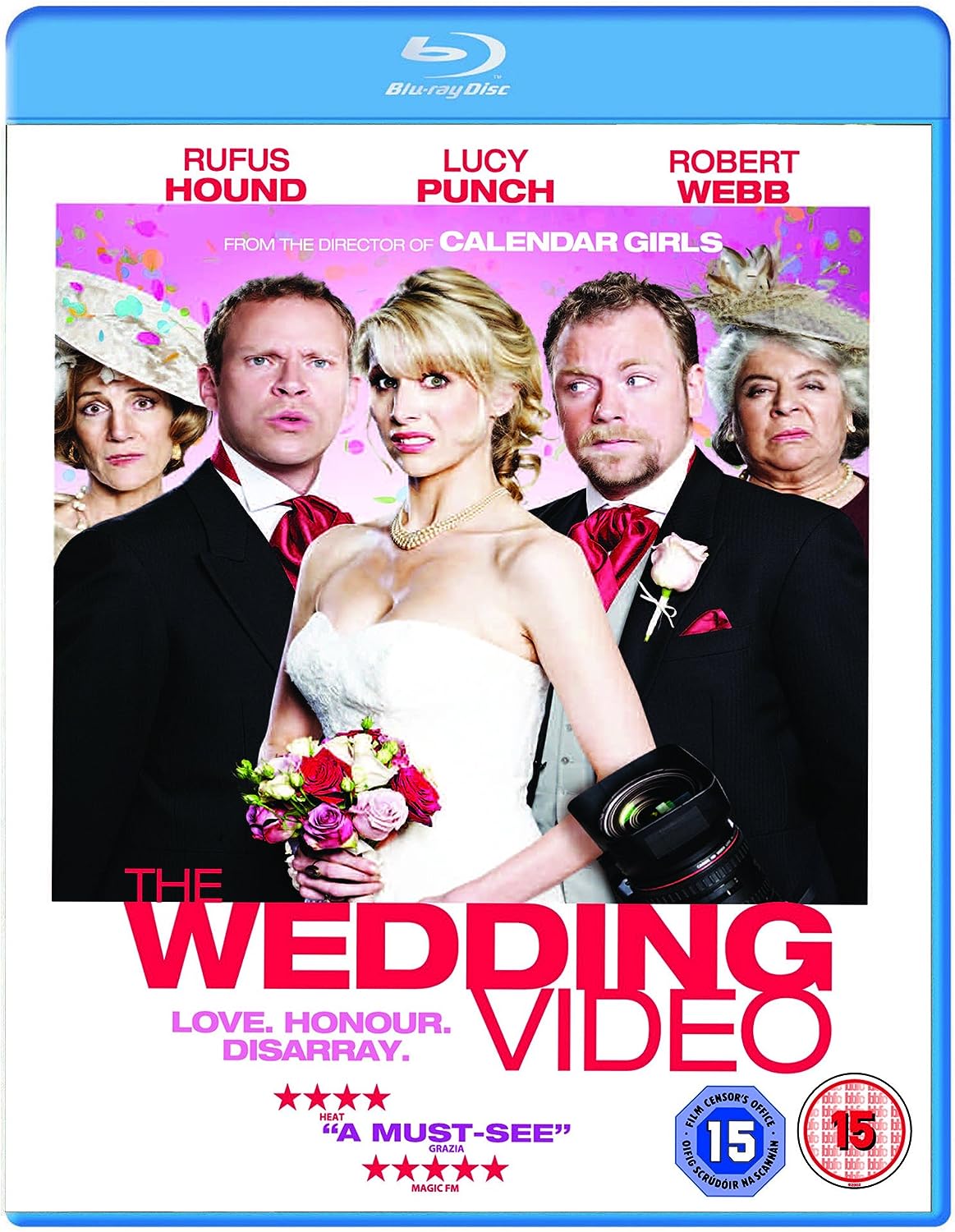 Raif Moyle (Hound) has been chosen to be the best man to his brother Tim (Webb) and Saskia (Punch) at their wedding. Raif decides to give Tim and Saskia an unforgettable present in the form of a wedding video. He discovers that Tim has left his bohemian life behind and is marrying into a family aspirant of a higher-class lifestyle—especially Saskia’s hideous Hyacinth Bucket-esque grandmother (Miriam Margolyes).With the bride’s mother interfering with wedding plans (such as arranging horses dressed as unicorns and butterflies to release by the bridesmaids), Raif finds out that Saskia is the rebellious Saskia he knew at school. Spending an increasing amount of time with her during the wedding arrangements, Raif and Saskia kiss after the stress of the planning takes its toll on her. Eventually revealing this to Tim en route to the wedding, they decide to intercept Saskia on her way to the church. Tim asks Saskia whether she really wants the marriage to go ahead; she tearfully says “no”. Arriving late to the church, the three make their way up the aisle to the altar, where Tim announces that his and Saskia’s wedding will not proceed. However, Raif steps forward and the vicar conducts a brief, but non-legal, ceremony for Raif and Saskia. At the wedding reception, being held at a grand stately home (the real-life Basildon Park), Saskia’s mother realises that all she wants is for Saskia to be happy.There’s nothing remotely surprising but there’s a lot to be enjoyed. It’s well acted, got a few funny bits and still manages to strive for a unique thread even though we know the ending by a mile off. It’s the journey though, hanging around with these perfectly lovely characters. 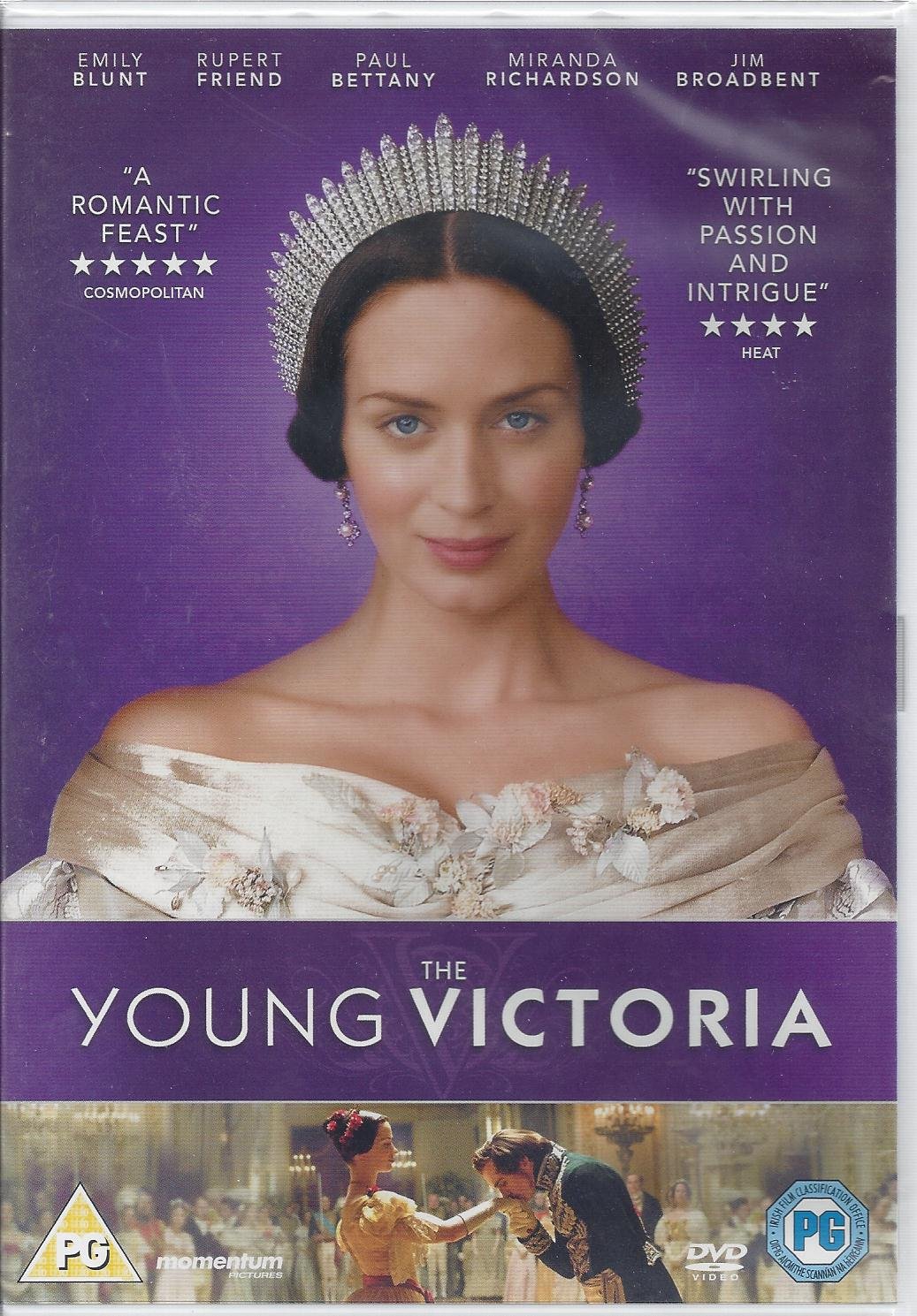 Princess Victoria of Kent is the heiress presumptive to the throne during the last years of the reign of her uncle King William IV and is subject to a political tug of war for influence over her. On the one side is her mother, the Duchess of Kent, along with the comptroller of the Duchess’s household, Sir John Conroy, who tries to force Victoria to sign papers declaring a regency and giving him and her mother power.

On the other side is her uncle, King Leopold I of Belgium, who wishes to use his influence through family ties to secure an alliance between Britain and his kingdom. He decides to have his nephew Prince Albert of Saxe-Coburg-Gotha seduce Victoria and he is coached in her likes and dislikes. The Duchess invites the Coburg brothers, Albert and Prince Ernest of Saxe-Coburg-Gotha, to visit the household. Victoria and Albert develop an early fondness for each other, despite Victoria knowing that Albert was sent by their uncle to win her favours. They begin writing to one another after Albert returns home.

At a birthday reception in Windsor Castle, the King states his wish to be closer to Victoria and insults her mother. But when the King increases Victoria’s income, this is rejected by Conroy, who physically subdues her in front of her mother, heightening the animosity between them. The King then sends the Prime Minister Lord Melbourne to advise her. Victoria agrees to make him her private secretary, and he appoints ladies-in-waiting for her from political families allied to him.

King William dies after Victoria’s 18th birthday, avoiding a regency. After accession, Victoria immediately begins to exert her independence, including moving into her own room and banishing Conroy from her household and coronation. During her first meeting with the Privy Council, she announces that “I mean to devote my life in service of my country and my people”. Victoria now moves into the recently completed Buckingham Palace and her aunt, Queen Adelaide, advises her against giving in too much to Lord Melbourne’s direction. Albert then comes to England to spend more time with Victoria. They bond more, dancing together during her coronation and later discussing together the condition of the poor. Albert hints at taking their relationship further but the self-sufficient Victoria resists and he leaves.

When Lord Melbourne loses a vote in Parliament, the new Prime Minister designate, Sir Robert Peel, wishes to replace some of her ladies-in-waiting with supporters of his own party and the queen refuses. Peel in turn refuses the queen’s invitation to form a new government, allowing Melbourne to continue as Prime Minister. The subsequent crisis damages Victoria’s popularity, leading to demonstrations outside the palace and insults hurled at her in public. Her loneliness during the turbulence draws Victoria closer to Albert through their letters and decides her to invite him back to Britain. Since protocol prevents him suggesting marriage, she proposes to him herself.

Their marriage is loving and the birth of their first child helps heal the breach between Victoria and her mother, who had earlier sent a letter of support during the crisis. Nevertheless, Albert is frustrated at his initial powerlessness and Queen Adelaide advises Victoria to allow him to take on more duties. He then reorganises the running of the royal household and dismisses Conroy for mishandling funds. As Victoria’s primary adviser, he now blocks the influences of Lord Melbourne and King Leopold. However, Victoria quarrels with him fiercely for going over her head with Peel in the matter of her household.

Soon after, when Victoria is fired upon by a would-be assassin as they are riding in an open carriage, Albert throws himself across her and is wounded. This bravery leads to their reconciliation and Melbourne advises her to share with Albert also her work for the social welfare. The final title card sketches in their successful future until Albert’s death at the age of 42.

The film shows how lighthearted Victoria was in her younger years with that spring in her step, whilst at the same time pursuing her duty of becoming Queen and knowing her responsibilities. A great historical film.