Film student Alex Wright and his friends Jennifer Parker, Trevor Thompson, Tessa Hamill, and Jared Lee all decide to produce a documentary about the original Grave Encounters movie, which the entire public aside from Alex believes to be fake. Alex posts an online plea for any information about the film and receives a message from someone named “DeathAwaits6”. The message leads him to the mother of Sean Rogerson, the actor who played Lance in Grave Encounters. She believes that Sean is still alive but they discover from her caretaker that she has severe dementia and does not realize that her son is actually dead.

Alex realizes the cast and crew from the first movie are all missing or have died (except for the directors, The Vicious Brothers, who we learn are actually interns of the first film’s producer, Jerry Hartfield, and were not directly involved thus sparing their lives). He receives a mysterious message leading him to Hartfield, who confesses that the film was actual found footage. Discovering that the Collingwood Mental Hospital from the movie is actually an abandoned asylum in Canada, Alex and his friends travel to there to meet DeathAwaits6, where they discover a Ouija board. Using it to communicate with spirits, they realize that their online contact is not a person, but a paranormal entity, which turns violent and forces the group to flee. Alex decides the group should leave but not until they gather all the cameras.

The group unsuccessfully tries to escape, resulting in the deaths of Jared (violently hurled out of the room with the cursed window and falls to his death) and Tessa (spinal cord severed). The survivors also witness the death of the asylum’s security guard by electrocution. Fleeing from one of the spirits, the group manages to escape the hospital and return back to the hotel, at which point they decide to abandon the project and flee. However, to their dismay, the hotel’s elevator leads the group back to the tunnels beneath the hospital. There, they meet the actor Sean Rogerson and discover that he has been trapped inside for over nine years, lobotomized and driven insane. Rogerson explains that the reason the hospital is like this is due to Dr. Arthur Friedkin’s satanic experiments and rituals which merged the spirit world and the real. He then shows them a red door in one of the rooms and tells them it is the only way out, but it is wrapped in chains that require a chain cutter to remove that is lost (the instrument is in a tool bag left behind by Trevor in one of the rooms) and eventually retrieved.

While the group sleeps for the night, Rogerson, compelled by Dr. Friedkin’s demonic voice, kills Trevor, then steals the team’s equipment to cut the chains on the red door. He goes through it, only to realize the door leads nowhere. In a mental frenzy, he begins talking to the entities, who instruct Rogerson to continue killing. Having woken up and realizing Rogerson and their equipment are missing, Alex and Jennifer explore and stumble upon Friedkin’s satanic altar as he performs a lobotomy, then the sacrifice of an infant. The couple flees and encounter Rogerson, who demands them to hand over their tapes in order to “finish” the film, which is the only way to escape the hospital. Alex refuses and Rogerson tries to kill him.

During the struggle, a void opens up on the wall and sucks Rogerson in. Realizing that Rogerson was being honest in how to escape, Alex kills Jennifer thus completing the film. He then exits the hospital through the red door, which leads him to the outskirts of Los Angeles. He is soon arrested while walking down the street at night. The last scene shows that the footage has been made into a film, with Alex and producer Jerry Hartfield claiming that everything the public sees has been staged and that it is “just a movie”. However, Alex tells the interviewers not to go anywhere near the hospital because “it’s not worth it”. The film ends, cutting to a black screen with the numbers “49, 14, 122, 48” appearing on screen for a split second, which, if Google searched, comes up as Riverview Hospital (Coquitlam), the hospital where the movie was filmed.

A refreshing addition to the horror genre, and a unique and charming way to create a sequel – overlooked and underrated. 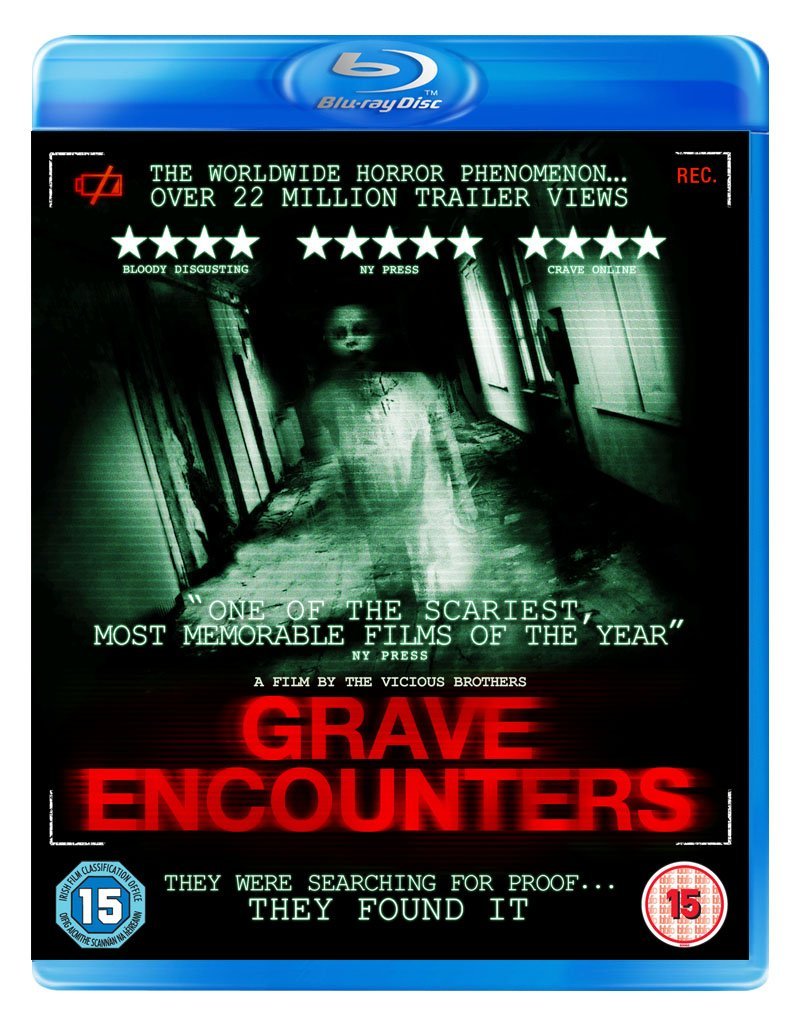 Jerry Hartfield, the producer of Grave Encounters, a famous ghost investigation television series, explains that Grave Encounters was cancelled in 2003 after the fifth episode, when the cast and crew, along with the footage for episode six, mysteriously went missing. The footage was finally recovered in 2010 and brought to Hartfield. In it, the show’s host Lance Preston, along with occult specialist Sasha Parker, surveillance operator Matt White, cameraman T.C. Gibson, and fake medium Houston Grey, investigate the abandoned fictional mental asylum Collingwood Psychiatric Hospital, where many instances of paranormal activity have been reported since its closure.After taking a tour of the hospital, the crew begin an overnight surveillance campaign while locking themselves inside. At first, everything is quiet, but soon, strange phenomena begin to occur, such as odd noises, doors automatically slamming shut, and (unseen to anyone but the audience) a wheelchair moving on its own. After recording a haunting where an invisible entity moves Sasha’s hair, the group decides to finish their filming and wait for 6 AM when the caretaker will let them out. However, Matt disappears while retrieving the wall cameras, and the crew is unable to radio him. Now becoming uneasy and with the caretaker nowhere to be seen, the crew eventually attempt to break down the exit doors, only to discover that the exit mysteriously loops back into another hallway, and they have no way of leaving the building. Lance soon realizes that the sun has not risen, and it is still night outside, despite their cellphone clocks showing that it is well past mid-morning.

The group attempts to find an alternate exit, including a fire escape from the roof that T.C had seen while filming the exterior, but to no avail, as the building seemingly changes around them, creating dead ends and false exits. While the group is sleeping again, someone scratches the word “HELLO” into Sasha’s back. After the group encounters a young woman in a hospital gown whose face demonically distorts, Houston is separated and killed by an invisible force while stumbling around in the dark. His death is recorded by one of the wall cameras. While resting, the remaining crew awakens, only to discover that they have somehow been fitted with hospital identification bracelets. Lance, Sasha, and T.C. eventually find Matt in a room, wearing a hospital gown and mentally unstable. As the group leaves the room, T.C. tries to bring Matt with them, but is attacked by a demonic being who drags him into a blood-filled bathtub in which they both disappear. With Matt in tow, Lance and Sasha find an elevator, and Lance goes alone to find something to wedge to elevator door open. After taking a pipe from an old hospital gurney he encounters a demonic patient. Lance panics, flees to the elevator, and pries the elevator door open. He is then attacked by the patient, but Sasha rescues him.

Meanwhile, Matt commits suicide by jumping down the elevator shaft. After climbing down a ladder in the shaft to the underground tunnels of the hospital, Sasha becomes violently ill and starts coughing up blood. The two stop to rest, and while they sleep, Sasha is covered by a strange mist and disappears. Lance alone wanders down the seemingly endless corridors as his mental health spirals downward, feeding on rats to survive. Eventually, Lance encounters a door that appears seemingly out of nowhere, which leads to the secret operating room of Dr. Arthur Friedkin, who had performed unethical experiments on Collingwood’s patients. There, he finds evidence of satanic rituals and black magic being performed on the patients. Lance then discovers a small sacrificial altar on the floor, after which he is attacked by Friedkin, who drags him away as he screams, before the camera cuts out. The camera is turned back on, showing Lance alive, though his eye is bleeding from a lobotomy done by Friedkin. He states to the camera, “He said I’m all better now…I can finally go home. For Grave Encounters…Lance Preston signing off.” The screen then cuts to black.

Not the most original horror film but it still delivers genuine thrills, if you’re a horror fan I doubt you’ll see a better paranormal horror this year. To me it was like Blair Witch with a dab of Yellow Brick Road and a sprinkle of House On Haunted Hill. Highly recommended, just don’t expect lots of originality.