In Lowell, Massachusetts, Christmas has been a cherished tradition in the Pierce household for many years until 2018, when the father Doug (Oliver Hudson), a firefighter, dies in the line of duty. The mother Claire (Kimberly Williams-Paisley) struggles to hold the family together, especially the oldest child Teddy (Judah Lewis), who has started stealing cars. The youngest child Kate (Darby Camp) nevertheless hopes to keep the Christmas spirit alive. 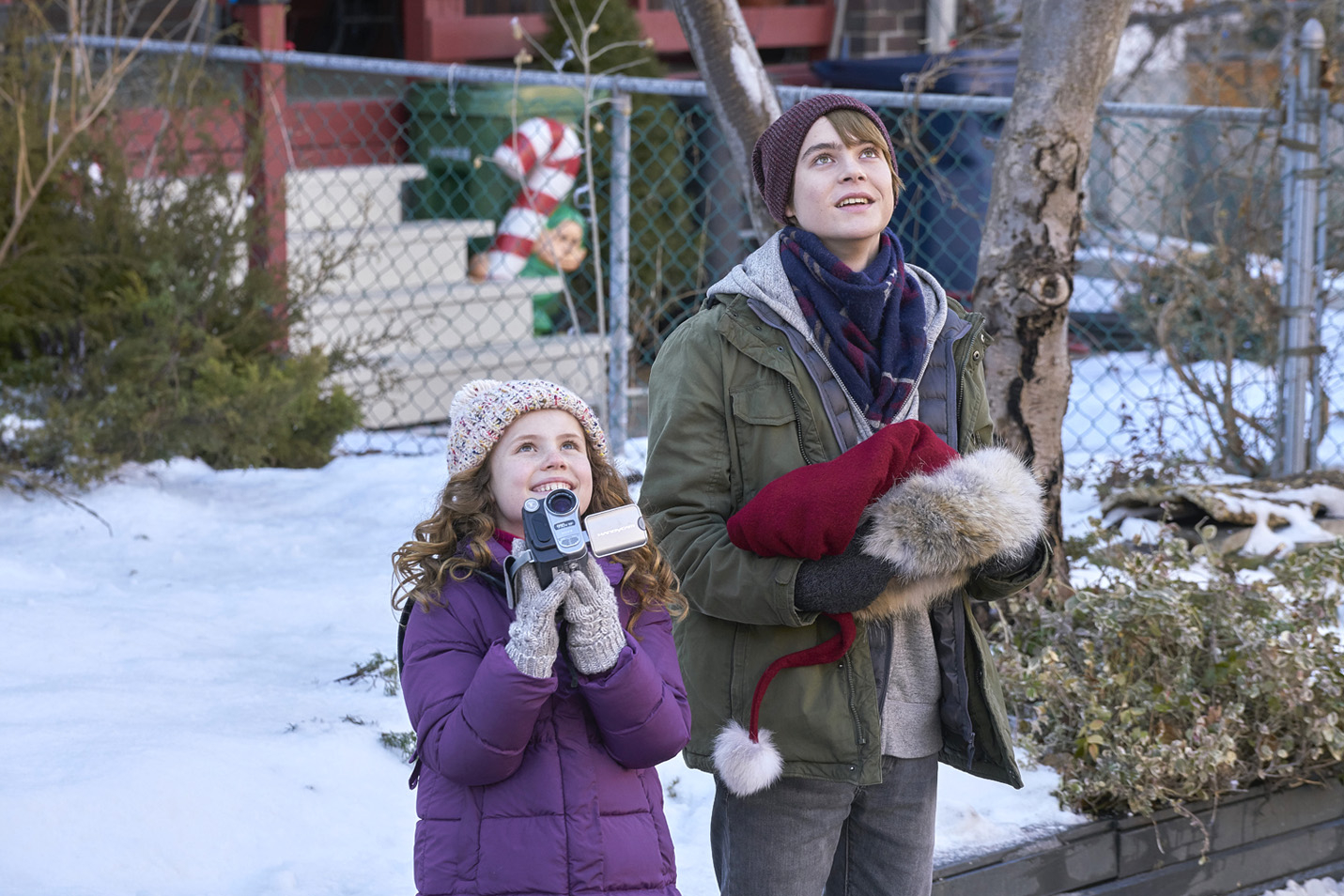 On December 24, 2018, Claire is forced to fill in for a coworker, leaving Teddy to look after Kate. While watching old Christmas videos, Kate notices a strange arm appear out of the fireplace. Kate believes this is Santa Claus and asks Teddy to help her prove he exists. Teddy is skeptical and refuses to help, but Kate blackmails him with a video of him stealing a car earlier that day. The two set up a makeshift trip wire by the fireplace linking it to a Christmas bell and set up a camera behind a closet where they wait.Kate is woken up by the bell and sees Santa in their living room, but he leaves before Teddy can see him. However, they hear him moving on the roof and go outside. When they get on the street, they see Santa’s sleigh and reindeer floating above them. They also see Santa hopping from rooftop to rooftop at light speed. Kate decides to hide in the sleigh to get a close look at Santa, to which Teddy objects, though he reluctantly follows her. Santa eventually returns to the sleigh and rides off with the kids in tow. When Kate decides to make her presence known, Santa and the reindeer are startled and he loses control of the sleigh. After teleporting to Chicago, Illinois, the sleigh breaks down, causing the reindeer to scatter and the bag of presents to be lost.When they crash, Santa (Kurt Russell) officially introduces himself to the kids, who are surprised at his different than expected appearance. Santa tells them that he has to get back to delivering presents as soon as possible or else Christmas Spirit will be gone, explaining that the last time it happened, the Dark Ages occurred. Without his hat, which was also lost in the crash, Santa can’t move quickly or through tight spaces like he does, so the kids are forced to help him. They stop at a bar where Santa tries to seek help from the patrons by remembering all of their previous Christmas wishes. When they get no assistance, they eventually resolve to steal a Dodge Challenger, which itself was already stolen by the bartender, an ex-convict on the “Naughty List Hall of Fame”.On December 25, 2018, in the car, Santa makes a makeshift radio out of random objects to listen into the police frequency, to locate his reindeer and lookout for patrol vehicles. They locate the reindeer but encounter a police car driven by police officers Dave Poveda (Martin Roach) and Mikey Jameson (Lamorne Morris). Kate goes after the reindeer by herself while Santa and Teddy lure the police away in the car. They eventually crash and make a vain attempt to explain that Santa is the *real* Santa, so Santa lets Teddy escape when Kate comes back with the reindeer, telling them to find his bag where they can find help. The kids manage to fly away on the reindeer, which only Officer Jameson observes, leaving the other officers dumbstruck.When they land, Teddy confides to Kate that he wishes he could speak to their dad one more time. They find the bag in a park and Kate goes in the bag to find help. She ends up getting teleported to the North Pole. She finds a letter written to Santa by Teddy this year, where he asks Santa to allow him to speak to his dad. She then spots the elves, who have her tied up. When she explains what happened to Santa, they show her a book called “True Believers” and sees that her entire family is listed, except for Teddy. Seeing that Kate is a True Believer, the elves agree to help her. Meanwhile, Teddy is attacked by a group of thugs who take him and the bag to their hideout. When the leader finds the bag filled with presents with coal in them, he tries to dispose of the bag and Teddy until the elves come out and attack everyone. They think Teddy is one of the thugs and attack him as well until Kate stops them. The group then goes to repair Santa’s sleigh. 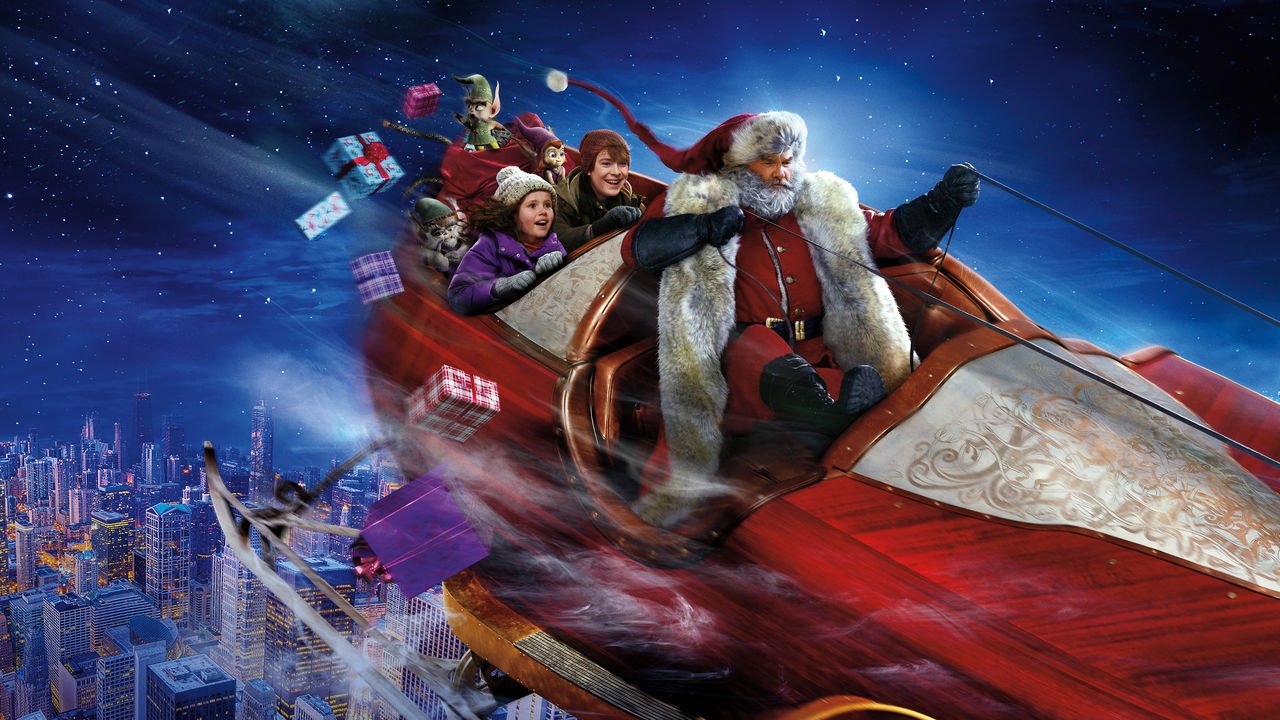 At the police precinct, Santa tries to explain his situation to Officer Poveda, who is unconvinced. He even magically pulls out toys Poveda wanted as a child to try and convince him, but Poveda remains skeptical. When Santa reveals his wish this year is to speak to his ex-wife Lisa, who also shares that wish, Poveda is taken aback, but still refuses to believe him and has him locked in the holding cell, though he becomes suspicious when he sees a larger number of arrests than usual on Christmas Eve. Seeing that Christmas Spirit has gotten too low, Santa gathers all the inmates to perform a musical number of “Santa Claus Is Back in Town”, which works amongst all the officers except Poveda. Poveda is finally convinced when he receives a call from Lisa, who invites him out for coffee in the morning, and agrees to let Santa go. One of the elves arrives through the air vent to give Santa a spare hat. Santa goes outside to find his sleigh repaired.

Santa sees that he only has an hour until morning to complete delivering presents, so the kids agree to help him, with Teddy driving the sleigh and Kate tossing presents to Santa so he can move faster than usual. With additional help from the elves, Santa delivers the final present with milliseconds to spare. Santa drops the kids off back at their home before their mother returns. Santa gives Teddy his hat as a memento, showing that he didn’t really need it. When he leaves, he gives Kate a “Ho, Ho, Ho”, a saying he previously stated was an urban myth about him. Kate is ecstatic that she recorded the night’s events on camera, but finds that Santa had taken the tape, with Teddy remarking that Santa would never have allowed her to keep it.

When Claire returns, they go inside to find the living room decorated like their father used to. They start opening presents, including Their customary horrendous sweaters from their aunt. When they get to Santa’s gifts, Kate gets The skateboard she asked for, while Teddy gets a letter from Santa explaining that, while he was unable to grant his wish, he intended to do his best by giving Teddy an old ornament. When Teddy hangs it on the tree, he sees his dad appear In his reflection, and they both express pride in each other. Back in the North Pole, Santa is updating his book of True Believers, adding Teddy’s name to it, when Mrs. Claus (Goldie Hawn) returns with firewood to tell him about hearing about his adventures. When she Suggest getting one of various Christmas movies to watch, Santa takes out the video recording of his adventure that night and suggests that they watch that.

To be honest , I’m not that much into this kind of movies, but ! …in my opinion is a great movie to watch with your family ! , specially if you have kids 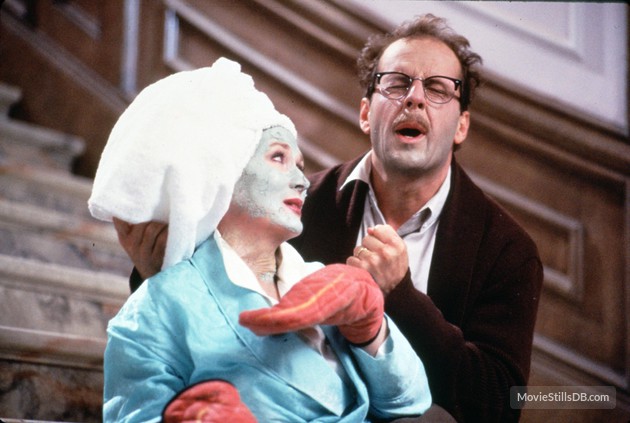 In 1978, narcissistic, manipulative Madeline Ashton performs in a musical on Broadway. Madeline invites long-time rival Helen Sharp, an aspiring writer, backstage along with her fiancé, plastic surgeon Ernest Menville. Ernest is smitten with Madeline, soon breaking off his engagement with Helen to marry her. Seven years later, Helen is in a psychiatric hospital after fixating upon Madeline. Obese and depressed, Helen feigns rehabilitation and is released, plotting revenge on Madeline. After an additional seven years, Madeline lives well in Beverly Hills with Ernest, but they are miserable together. Madeline’s career has faded, and Ernest is an alcoholic reduced to working as a reconstructive mortician. Receiving an invitation to a party celebrating Helen’s new book, Madeline rushes to a spa where she regularly receives extensive facial treatments. Understanding Madeline’s situation, the spa owner gives her the business card of Lisle von Rhoman, a woman who specializes in youth rejuvenation. Madeline dismisses the spa owner’s advice.

Madeline and Ernest attend the party for Helen’s novel Forever Young and discover Helen is thin and youthful. Dumbfounded and depressed by Helen’s appearance, Madeline goes to see her young lover but discovers he is with a woman his own age. Dejected, Madeline drives to Lisle’s home. Lisle is a mysterious, wealthy socialite who claims to be 71, but appears much younger, and reveals to Madeline the secret of her beauty: a potion that promises eternal life and an ever-lasting youthful appearance. Madeline purchases and drinks the potion and is rejuvenated. As a condition of purchase, Madeline must disappear from public life after ten years to keep the existence of the potion secret. Lisle warns Madeline to take good care of her body.

Helen has seduced Ernest and convinced him to kill Madeline. When Madeline returns home, she and Ernest argue, during which Madeline falls down the stairs and breaks her neck. Believing Madeline dead, Ernest phones Helen for advice, not seeing Madeline stand and approach him with her head twisted backwards. Ernest assumes she has a dislocated neck and drives her to the emergency room. Madeline is told she is technically dead and faints. She is taken to the morgue due to her body having no pulse and a temperature below 80°F. After rescuing Madeline, Ernest takes the sign of her “resurrection” as a miracle, returns home with Madeline and uses his skills to repair her body.

Helen arrives home, demanding information about Madeline’s situation. Overhearing Helen and Ernest discussing their plot to stage Madeline’s death, Madeline shoots Helen with a double-barreled shotgun. Although the blast causes a gaping hole in her stomach, Helen survives, revealing that she drank the same potion. Fed up with the pair, Ernest prepares to leave but Helen and Madeline convince him to do one last repair on their bodies. They realize their bodies will need constant maintenance and scheme to have Ernest drink the potion to ensure he will always be available.

After bringing Ernest to Lisle, she offers to give him the potion free of charge. Ernest refuses; he would rather live a normal life than spend an eternity with Madeline and Helen. He pockets the potion and flees, but becomes trapped on the roof. Helen and Madeline implore Ernest to drink the potion to survive an impending fall. Ernest refuses and drops the potion to the ground several stories below, but after falling he lands in Lisle’s pool and escapes. After Lisle banishes Madeline and Helen from her group, the pair realize they must rely on each other for companionship and maintenance. Thirty-seven years later, Madeline and Helen attend Ernest’s funeral, where he is eulogized as having lived an adventurous and fulfilling life. The two bicker as they leave Ernest’s funeral. They are parodies of their former selves, with cracked, peeling paint and putty covering most of their grey and rotting flesh. Helen trips and teeters at the top of a staircase. After Madeline hesitates to help her, Helen grabs Madeline and the two tumble down the stairs, breaking to pieces. As their disembodied heads roll and totter together, Helen sardonically asks Madeline, “Do you remember where you parked the car?”

Death Becomes Her is a must watch, simply because it is so out of sync with reality and maintains a strong level of comedy and fantasy that will make your head spin.