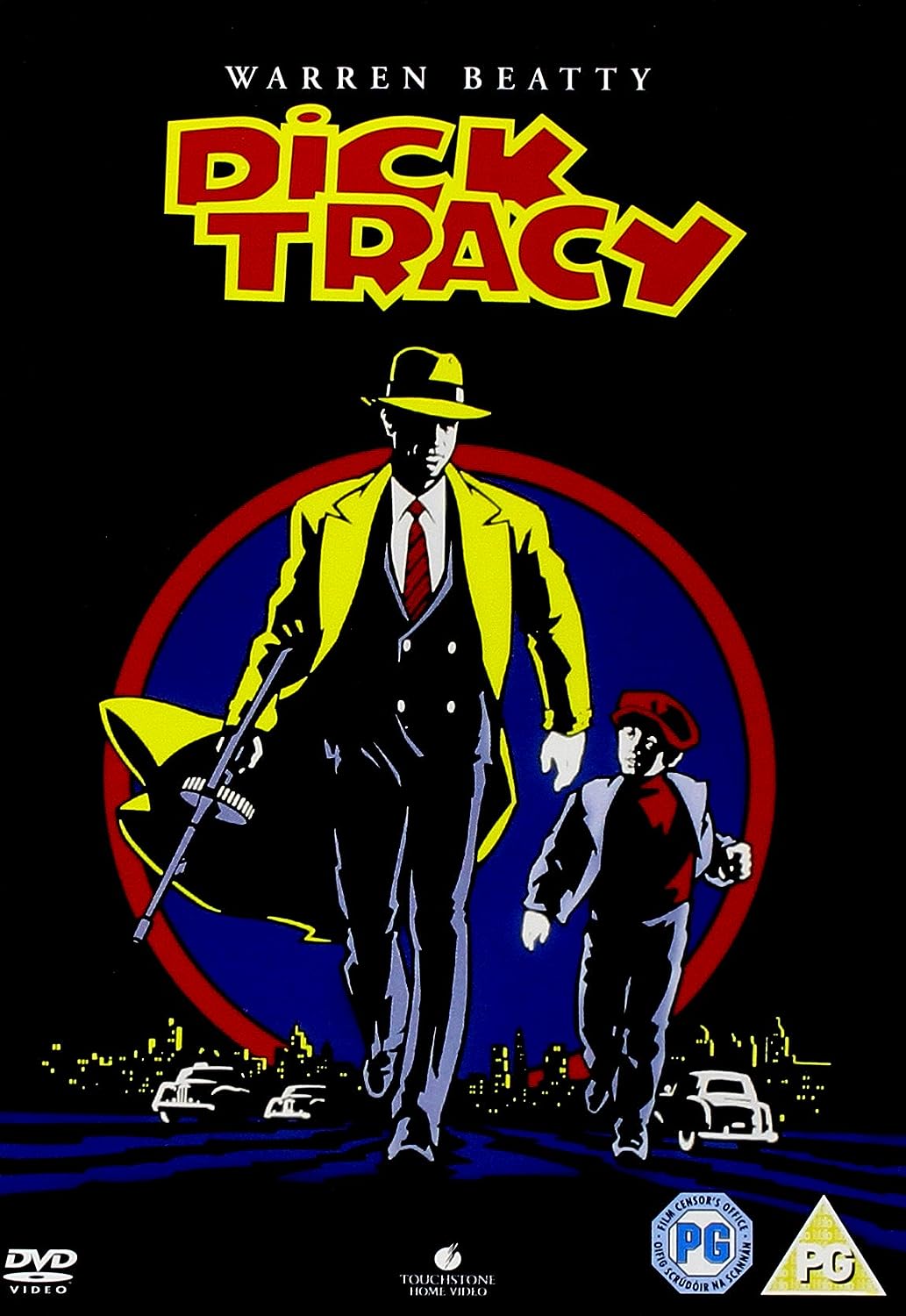 At an illegal card game, a young street urchin witnesses the massacre of a group of mobsters at the hands of Flattop and Itchy, two of the hoods on the payroll of Alphonse “Big Boy” Caprice. Big Boy’s crime syndicate is aggressively taking over small businesses in the city. Detective Dick Tracy catches the urchin (who calls himself “Kid”) in an act of petty theft. After rescuing him from a ruthless host, Tracy temporarily adopts him with the help of his girlfriend, Tess Trueheart.

Meanwhile, Big Boy coerces club owner Lips Manlis into signing over the deed to Club Ritz. He then kills Lips with a cement overcoat (referred to onscreen as “The Bath”) and steals his girlfriend, the seductive and sultry singer, Breathless Mahoney. After Lips is reported missing, Tracy interrogates his three hired guns Flattop, Itchy, and Mumbles, then goes to the club to arrest Big Boy for Lips’ murder. Breathless is the only witness. Instead of providing testimony, she unsuccessfully attempts to seduce Tracy. Big Boy cannot be indicted and he is released from jail. Big Boy’s next move is to try to bring other criminals, including Spud Spaldoni, Pruneface, Influence, Texie Garcia, Ribs Mocca, and Numbers, together under his leadership. Spaldoni refuses and is intentionally killed, leaving Dick Tracy, who discovered the meeting and was attempting to spy on it, wondering what is going on. The next day, Big Boy and his henchmen kidnap Tracy and attempt to bribe him; Tracy refuses, prompting the criminals to attempt to kill him. However, Tracy is saved by Kid, who gets prized by the police with a Honorary Detective Certificate, which will remain temporary until he decides a name for himself.

Breathless shows up at Tracy’s apartment, once again in an attempt to seduce him. Tracy shows he is only human by allowing her to kiss him. Tess witnesses this and eventually leaves town. Tracy leads a seemingly unsuccessful raid on Club Ritz, but it is actually a diversion so officer “Bug” Bailey can enter the building to operate a secretly installed listening device so the police can hear in on Big Boy’s criminal activities. The resultant raids all but wipe out Big Boy’s criminal empire. However, Big Boy discovers Bug and captures him for a trap planned by Influence and Pruneface to kill Tracy in the warehouse. In the resulting gun battle, a stranger with no face called “The Blank” steps out of the shadows to save Tracy after he is cornered and kills Pruneface. Influence escapes as Tracy rescues Bug from the same fate given to Lips Manlis, and Big Boy is enraged upon hearing that The Blank foiled the hit. Tracy tries again to get the testimony from Breathless he needs to put Big Boy away. She agrees to testify only if Tracy agrees to give in to her advances. Tess eventually has a change of heart, but before she can tell Tracy, she is kidnapped by The Blank, with the help of Big Boy’s club piano player, 88 Keys. Tracy is drugged and rendered unconscious by The Blank, framed for murdering the corrupt District Attorney John Fletcher, and is detained. The Kid, meanwhile, adopts the name “Dick Tracy, Jr.”

Big Boy’s business thrives until the Blank frames him for Tess’ kidnapping. Released by his colleagues on New Year’s Eve, Tracy interrogates Mumbles and arrives at a shootout outside Big Boy’s club where his men are killed by the police and Tracy. Abandoning his crew, Big Boy flees to a drawbridge and ties Tess to the gears before he is confronted by Tracy. Their fight is halted when the Blank appears and holds both men at gunpoint, offering to share the city with Tracy after Big Boy is dead. Big Boy takes advantage of a distraction and opens fire before Tracy sends him falling to his death in the bridge gears. Mortally wounded, the Blank is revealed to be Breathless Mahoney, who kisses Tracy before dying. All charges against Tracy are dropped. Later, Tracy proposes to Tess when he is interrupted by the report of a robbery in progress. He leaves her with a ring before heading away with Dick Tracy, Jr.

Overall, a really fine movie that has become misunderstood over the years since its release and is incredibly underrated. This is a perfect example of capturing the essence of a comic book, from style to eccentricity.