Super Friends: The Legendary Super Powers Show! as announced in the opening main title by veteran voice artist Dick Tufeld was the second-to-last incarnation of the long-running Super Friends series. Based on the Super Powers Collection toy line of the time featuring select DC Comics heroes including hero Firestorm , Super Friends: The Legendary Super Powers Show (1984) is most revered as the Super Friends series that first introduced Firestorm the Nuclear Man in animated form, along with evil Apokolips lord Darkseid. Not to mention Adam West reprising his caped crusader role as the voice of this show’s animated Batman. 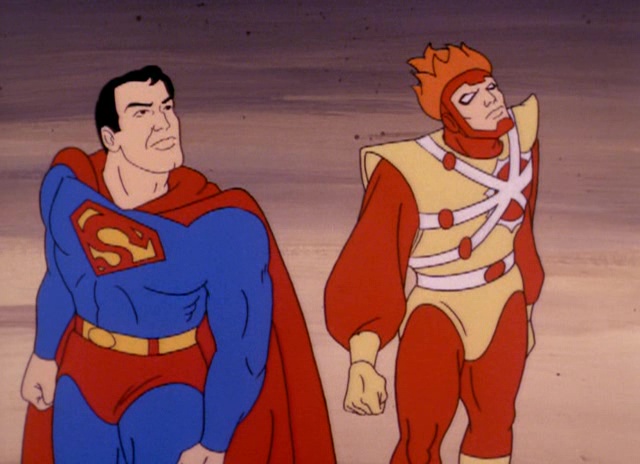 Firestorm’s transformation scene looks cool . Plus the tone of the show is *slightly* more intense (for Super Friends) than the previous versions thanks to the presence of Darkseid. Comprised of 16 episodes totaling almost 8 half hours, this “Super Powers” collection also may seem limited, especially to SF fans who were hoping that the follow-up series The Super Powers Team: Galactic Guardians episodes would be included on the set. However, unlike the previous collections, Super Friends: The Legendary Super Powers Show – The Complete Series is properly titled and contains exactly what the title says. 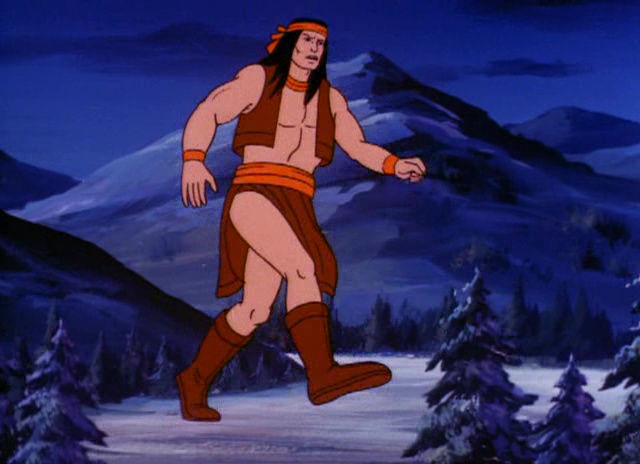 Episodes:
1. The Bride of Darkseid (Part 1)
2. The Bride of Darkseid (Part 2)
3. The Wrath of Brainiac
4. Reflections in Crime
5. No Honor Among Super Thieves
6. Mr. Mxyzptlk and the Magic Lamp
7. Case of the Shrinking Super Friends
8. The Mask of Mystery
9. Darkseid’s Golden Trap (Part 1)
10. Darkseid’s Golden Trap (Part 2)
11. Island of the Dinosoids
12. Uncle Mxyzptlk (Super Brat)
13. The Case of the Dreadful Dolls
14. The Royal Ruse
15. The Village of Lost Souls 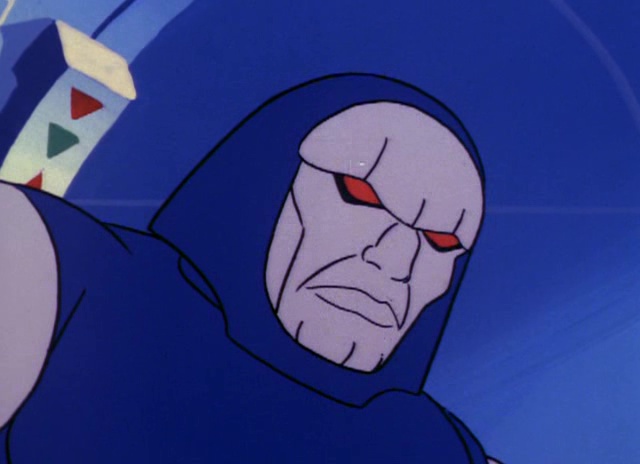 Hearing Adam Wests voice once more as batman was awesome and Darkseid seeking Wonder Woman as his bride was just brilliant. With these stories seeming to me a little more mature it was a nice change, though sadly being the second to last season you know the end is coming.

when the animated series was canceled in 1983, Hanna-Barbera continued to produce new episodes, which in most cases took years to show up after the series kept returning to TV in various forms. These Lost Episodes are gathered on this two-disc set, which, although it claims to be 24 “episodes,” is more like eight half-hour programs (each consisting of three short adventures). The Super Friends are in the house, or more exactly the Hall of Justice: Superman, Wonder Woman, Batman and Robin, and Aquaman forming the key group of comic-book holdovers, with new superheroes Black Vulcan, Apache Chief, Samurai, and El Dorado gaining opening-credits status.

In fact, other D.C. Comics heroes and villains thread through the series, The Flash, Green Lantern, and Brainiac among them. Some of the episodes are self-contained little adventures, but a few play around with original mythology; for instance, in one brief story Superman returns to Krypton, and for a moment prevents the destruction of his home planet. Another notable episode, “Bulgor the Behemoth,” has a distinctly postmodern kick: a writer for an animated TV show is struck by lightning and morphs into a super-villain, and can’t be stopped by Superman because he’s a fictional character.

The animation is simple but the designs pop in a pleasing way, with plenty of color and some classic comic-book imagery. The action and cornball messages are skewed toward young viewers of Saturday-morning cartoons. Gleek is around too, and in “Two Gleeks Are Deadlier Than One,” he’s replicated as an “android duplicate of Gleek,” which is definitely overkill. Even if you don’t like the character, there’s a great deal of childhood fun in these lightweight adventures. And in the final episode there’s a trip to “Bizarro World,” trapping Superman and Wonder Woman in an Atari-style video game. 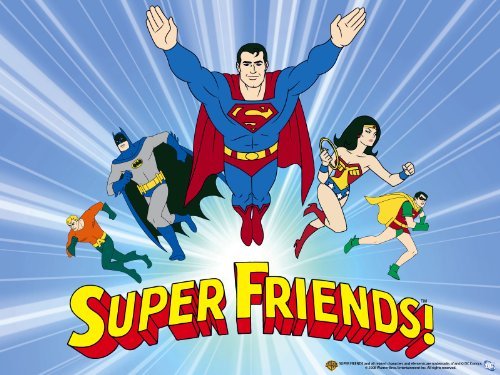 These episodes originally aired alongside Challenge of he Super Friends, Warner Brothers just labelled it a season two. Watching  the episodes at hand on this DVD i liked them all. I liked the story of the Anti-Matter Monster. The little, subtle things like Aquaman for example being taken to Atlantis in “World Beneath the Ice” is a good use of character history. I have my favorite episodes from the DVD, however. The favorites for me are “Rokan: Enemy from Space”, “Battle at Earth’s Core”, “Terror from the Phantom Zone”

Terror from the Phantom Zone feature Superman aging after being exposed to red Kryptonite and him having to travel to the asteroids of blown up Krypton. He then has to recover blue Kryptonite to reverse the aging process

The Last Episode features Superman’s foe, Mr myxlplyx. If i were to have a complaint it would be the use of Flash and Hawkman and Apache Chief on the DVD fold-out cover…scenes that took place on CHALLENGE OF THE SUPER FRIENDS are shown on the fold-out cover. Those characters are not on this DVD.

After having spent a few nights touring trough the DVD sets, I have to say that I believe the material contained within will appeal to collectors, very young children, or individuals hoping to relive their own youth.

To begin with, each episode is broken down into four parts: The first part involved only 2 members of the Justice League and was a fairly quickly resolved stand-alone plot. The second part features the Wondertwins (and Gleek) in a teen-trouble episode. The third section involved all of the Super friends and represents the heart of the entire show. Finally the fourth and final segment looked a lot like the first only it featured a guest appearance by the likes of Green Lantern, the Atom, Samurai, etc.

Between these 4 main program segments are some engaging interactions with the Friends themselves in the form of Magic tricks, Decoder Games, health tips, and public service announcements. Now for the bad news, this is 1977-style writing and the one-dimensional quality of the scripts is overwhelmingly apparent. I realize that I am probably being overly judgmental having been spoiled by today’s well-developed animation but even when compared to Challenge of the Superfriends, the Hour program is incredibly campy. This is credited to the era itself when Parent Associations cracked down hard on all cartoons expecting none of the violence that plagued society at the time to show up in kids programming. This is a noble cause and certainly an indicator of a more innocent era but it can be very tedious to relive in this day and age.I believe much of the problem stems from the fact that there are no villains to work with here. Rather the writers are forced to alternate between evil-minded aliens and bitter scientists with experiments gone awry for each and every episode (except for the Wondertwins segments where a few kids make a bad decision and learn a lesson by the show’s conclusion). There are a few Scooby-Doo inspired episodes of de-masking a villain thrown in for good measure but overall the experience is quite repetitive. Each episode purposely ends with a corny joke and everyone laughing into the fade. Again, this was pretty on par for the time, I am merely stating these facts so as to provide potential buyers an idea of what to expect. Truthfully, this series will likely be appreciated by young viewers as it is very light on violence and heavy on humor (both spoken and slap-stick). The sets themselves are typical Warner with a well-drawn cover and inner sleeve.