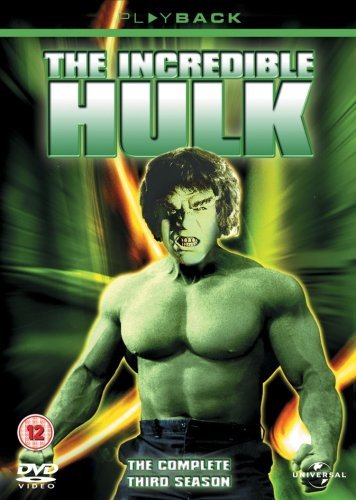 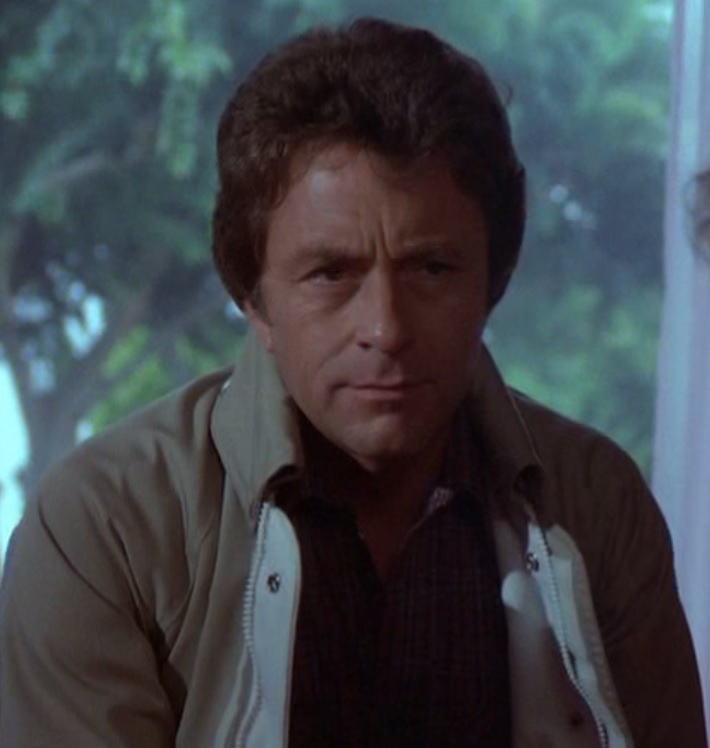 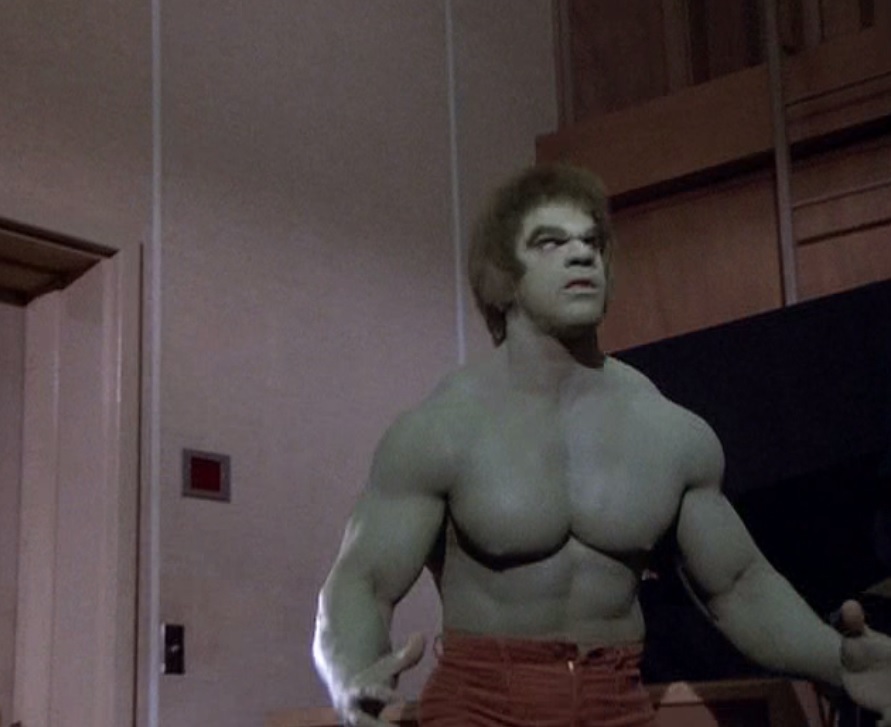 For the third season no multi-part episodes were included, so there really wasn’t much continuity here by comparison to the previous year. That serious tone that helped the series out in the second season was back for this one, but there were still some bits that just didn’t feel right. Having the Hulk freak out on an acid trip, party at a disco, and David fight his moustache wearing evil twin proved to be moments that were really hard to take. Little bits and pieces like this invaded just about every episode and some of the plots get downright ridiculous. 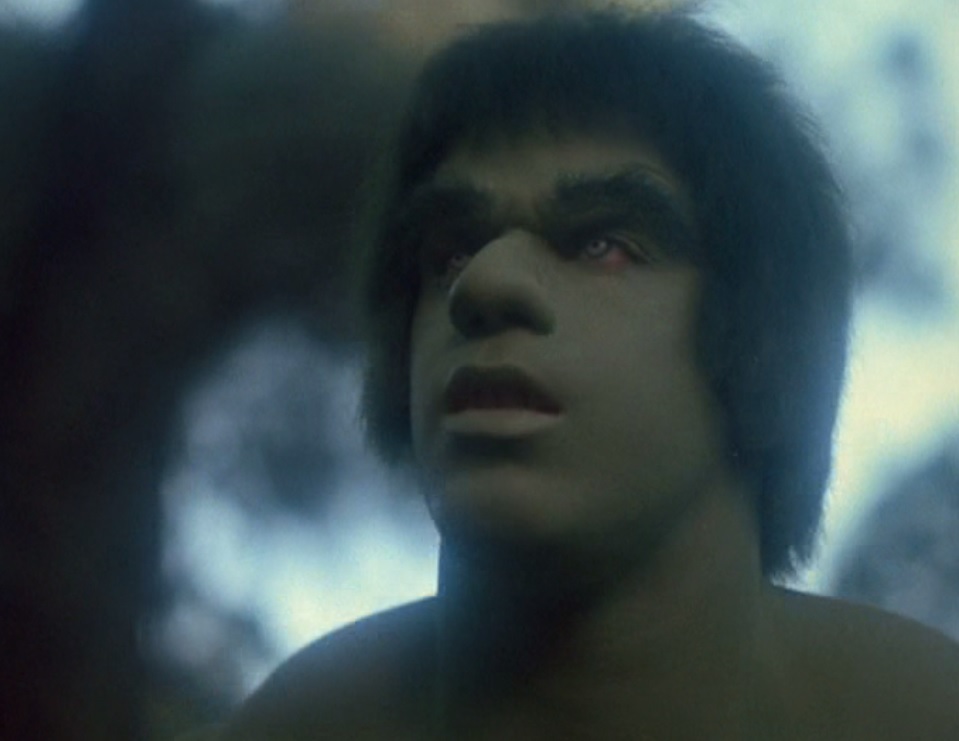 Even so there were still some good episodes all around this season, but they were slightly harder to find.Of the good stuff “Homecoming” definitely stands out as one of the best here. In this episode David goes home to his family for Thanksgiving. While there he spends a little time trying to help out with a problem on the farm, but that’s not what makes this episode so entertaining. For the entire time we’ve known David, we haven’t really learned much about his history prior to being big and green. This episode provides plenty of opportunity for the writers to explore his character and some of his background. 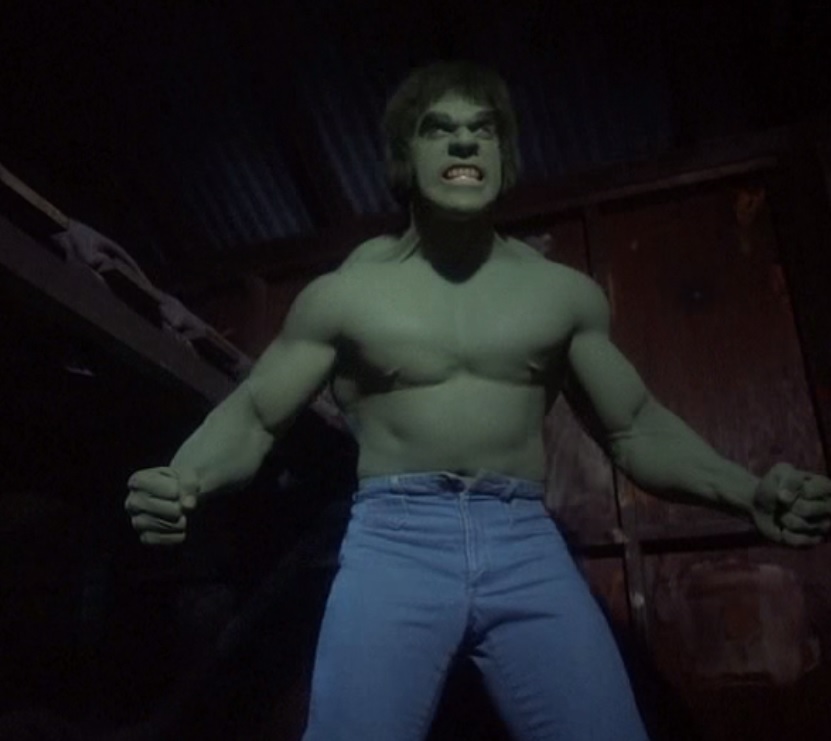 Another solid episode from this season include “The Snare” which has David being invited to an island where he’s hunted by a madman. “The Psychic” is an interesting episode that puts David’s morality on the line when he learns that Jack McGee is going to die. David’s life sure would be a heck of a lot easier if the nosey reported wasn’t around, but could he live with that? This episode really got into David’s head and we got a nice glimpse at how he ticks. 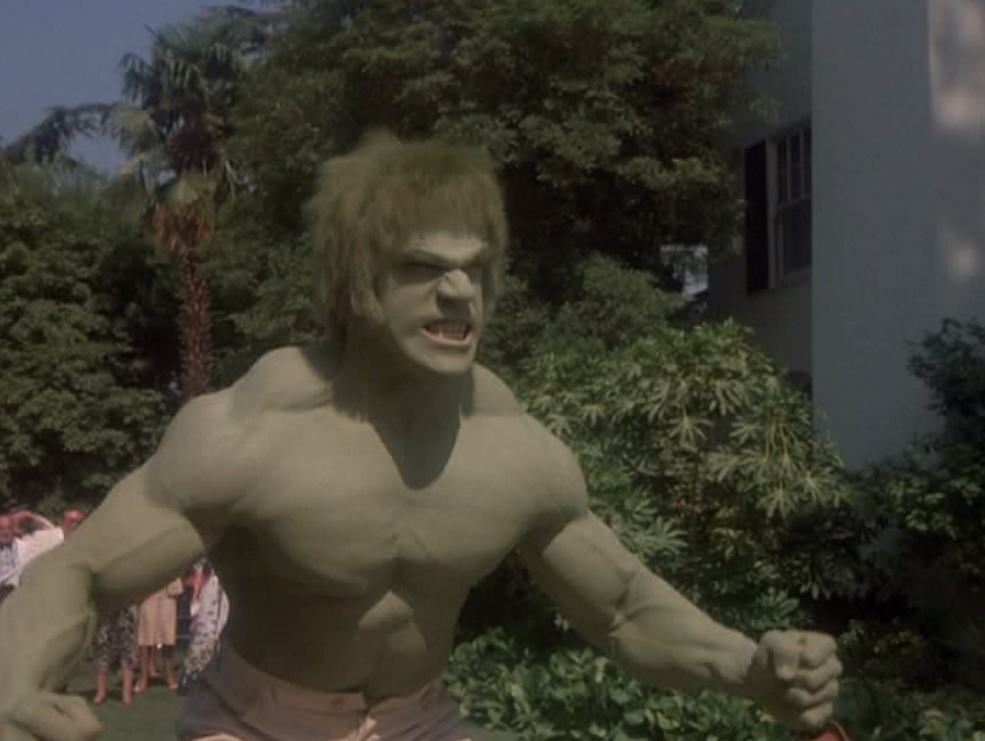 Aside from these episodes, most of the other ones here are simply passable. In all honesty it seemed as though by this point the show had already begun to slip though it still retained most of the quality. 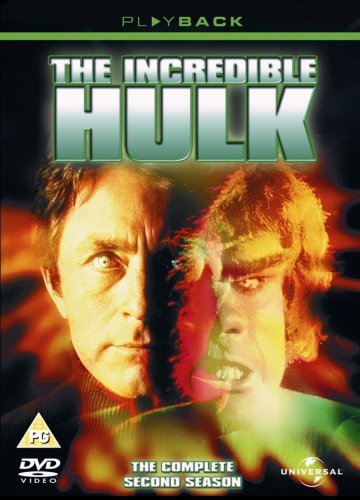 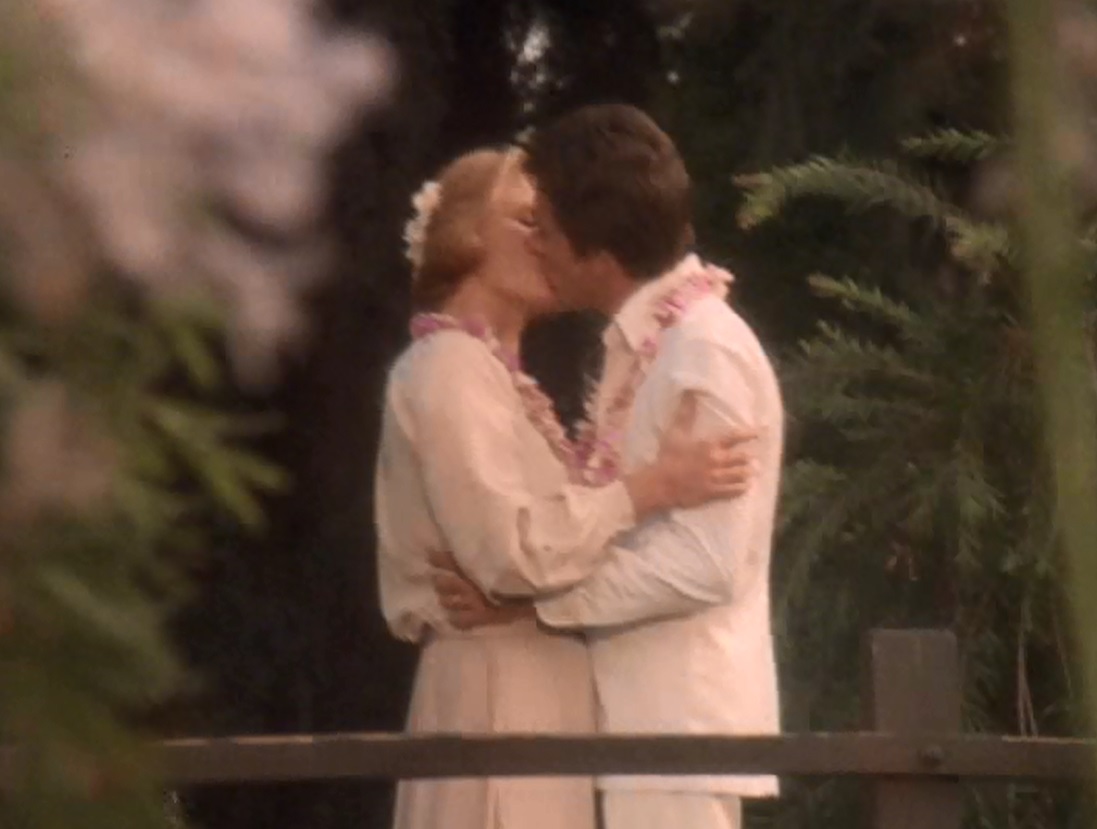 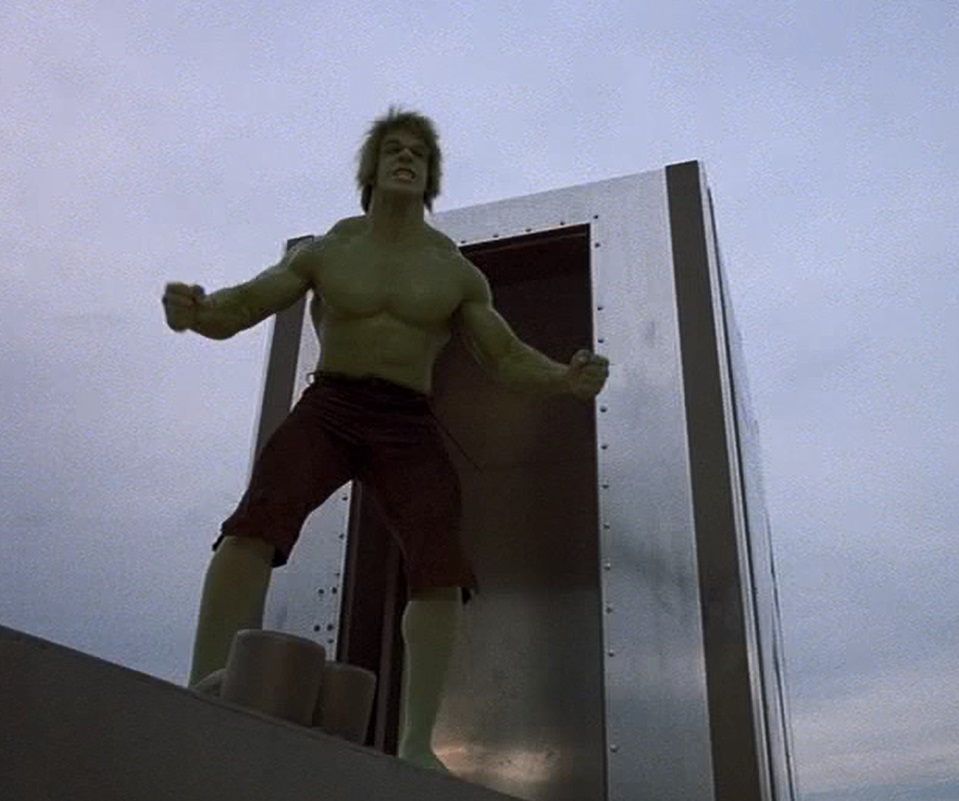 The second season of the Hulk starts out with David heading to Hawaii and getting married to a woman named Carolyn. Of course, being cursed as he is, things naturally don’t end well for the doctor. In the end though, this “Married” episode was interesting because it was more or less two parts and presented itself as a much larger story than we had become accustomed to. 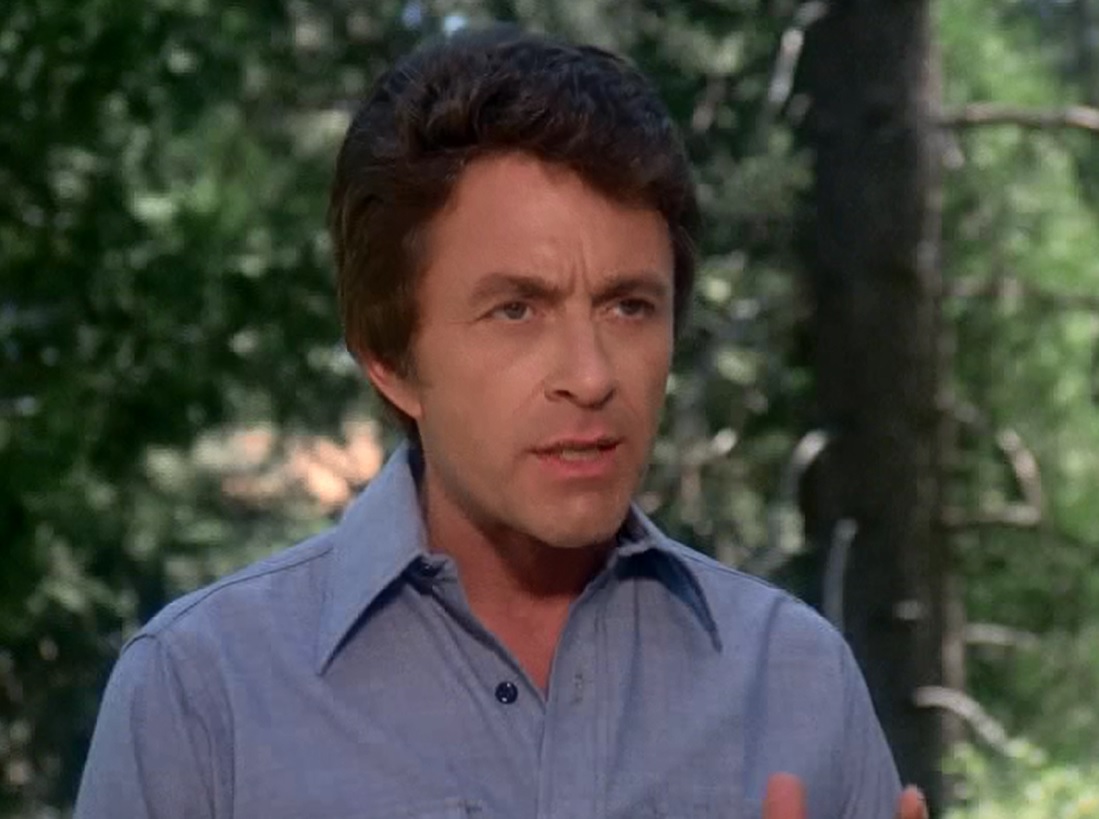 The thing with The Incredible Hulk is that most every episode followed a strict formula and you could basically expect the same structure over and over again. Due to that fact it is always a nice thing when the mold is broken, which did happen from time to time with the series.That “mold” is broken again later in this season with a two-part episode entitled “Mystery Man”. This storyline features the very definition of a close call when David is involved in a car accident that renders him with amnesia. It is bad enough he doesn’t remember what happens when he’s the Hulk, but now he just plain doesn’t know what’s going on. Because of the accident his face is bandaged and he winds up spending a lot of time with McGee when they are involved in a plane crash together. 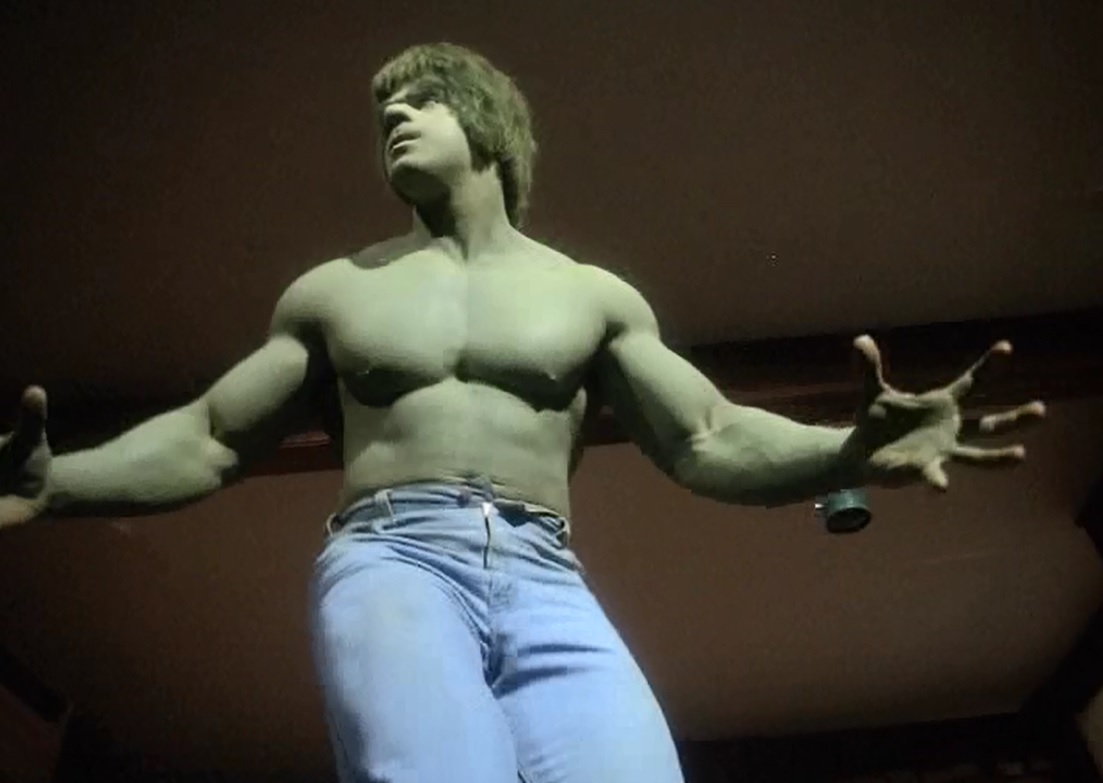 You’re left wondering throughout the episode whether or not the reporter will actually put two and two together.Aside from these two breaks from the standard set by the first season, the rest of this year’s batch of Hulk episodes are formulaic. It works for many episodes, but there are others which just aren’t quite as sharp. “The Antowuk Horror”, “Alice in Disco Land”, “Killer Instinct”, and “Stop the Presses” all stand out as prime examples of the show at its best, while “Wild Fire”, “Vendetta Road”, and “The Disciple” are a few of the lower points. 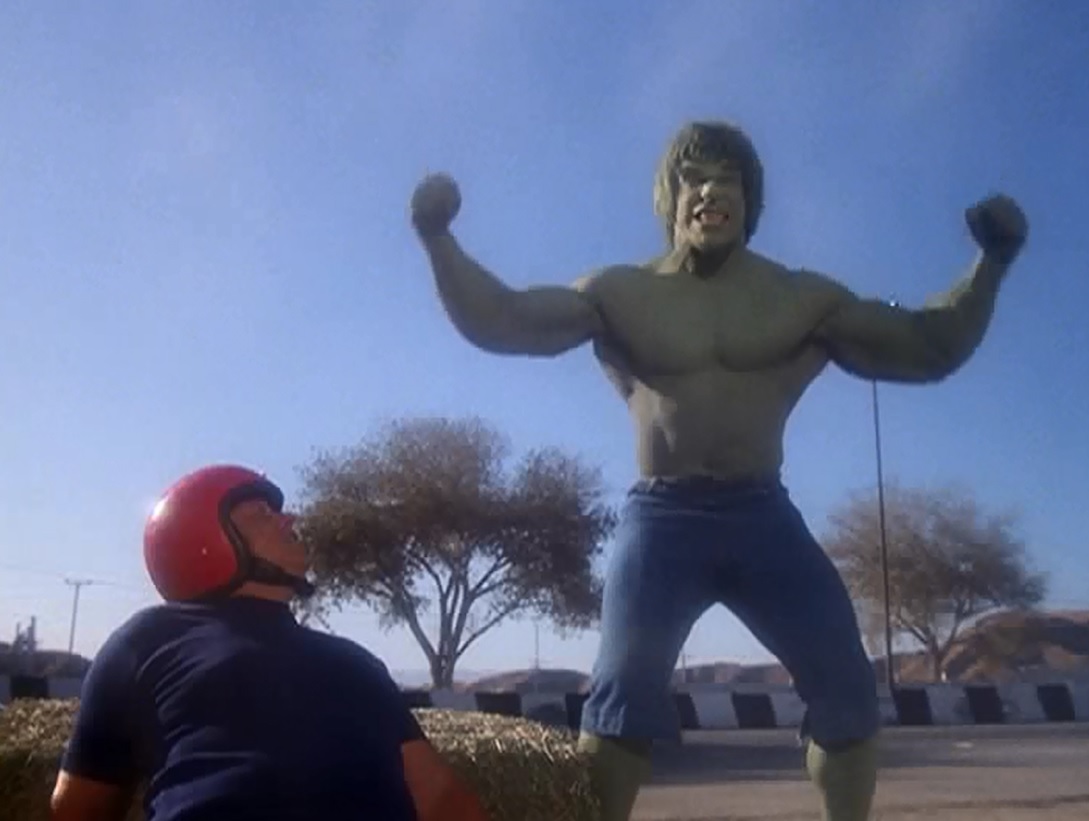 All in all, the second season of The Incredible Hulk was much better than the first, but then again in the opening year the show was just finding its footing. We still see a little bit of that here though it’s safe to say that the show handles this material better than most science fiction programs of the era. Many of these episodes and plots are cliché beyond reason, but the series handles them seriously and with a hefty flare for the dramatic. This was definitely one of the feathers in the Hulk’s cap and because of that the series retains much of its entertainment value some thirty years later.