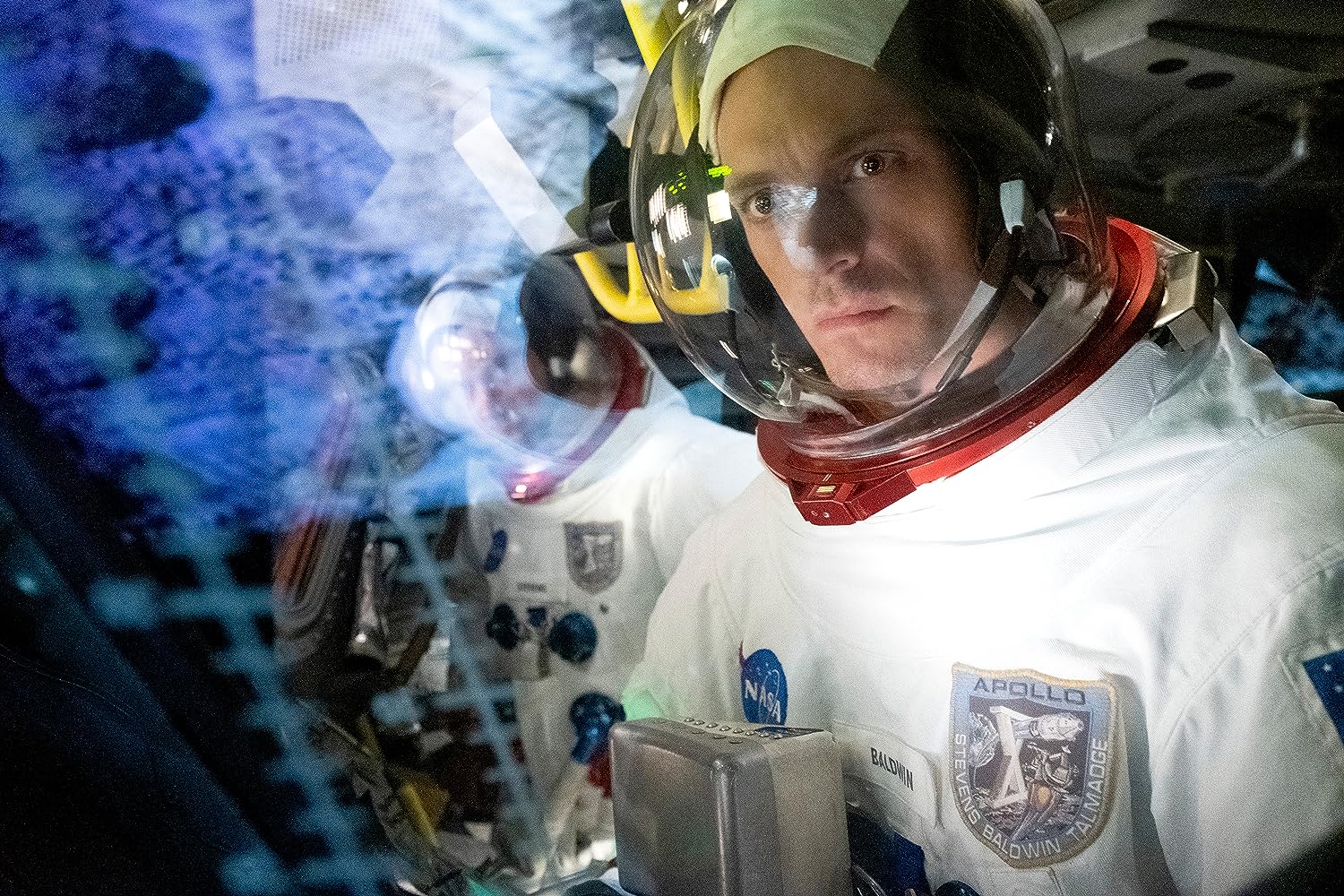 Battlestar Galactica and Outlander creator Ronald D Moore heads back into space and back into the past again, with one of Apple TV+’s make-or-break launch dramas, For All Mankind. But rather than robot invaders or time travelling romantics, the fantasy here is restricted to an alternative history, asking what would have happened if the Russians had beaten the Americans to landing the first man on the moon. In Moore and co-creators Ben Nedivi and Matt Wolpert’s version of 1969, the US – driven by the utterly self-serving President Nixon (no need for fantasy there) – refuses to take the defeat lying down and the space race rapidly escalates into a Battle To Control the Moon.But while that may sound like the title of a sci-fi B-movie, For All Mankind is ostensibly a period drama – with the drama in question alternating between the immaculate suburban houses of the astronauts and their partners, the NASA Mission Control room, the bar where NASA personnel go to blow off steam (if they really did this much drinking, it’s a wonder they ever made it off the launch pad) and, of course, the Moon. 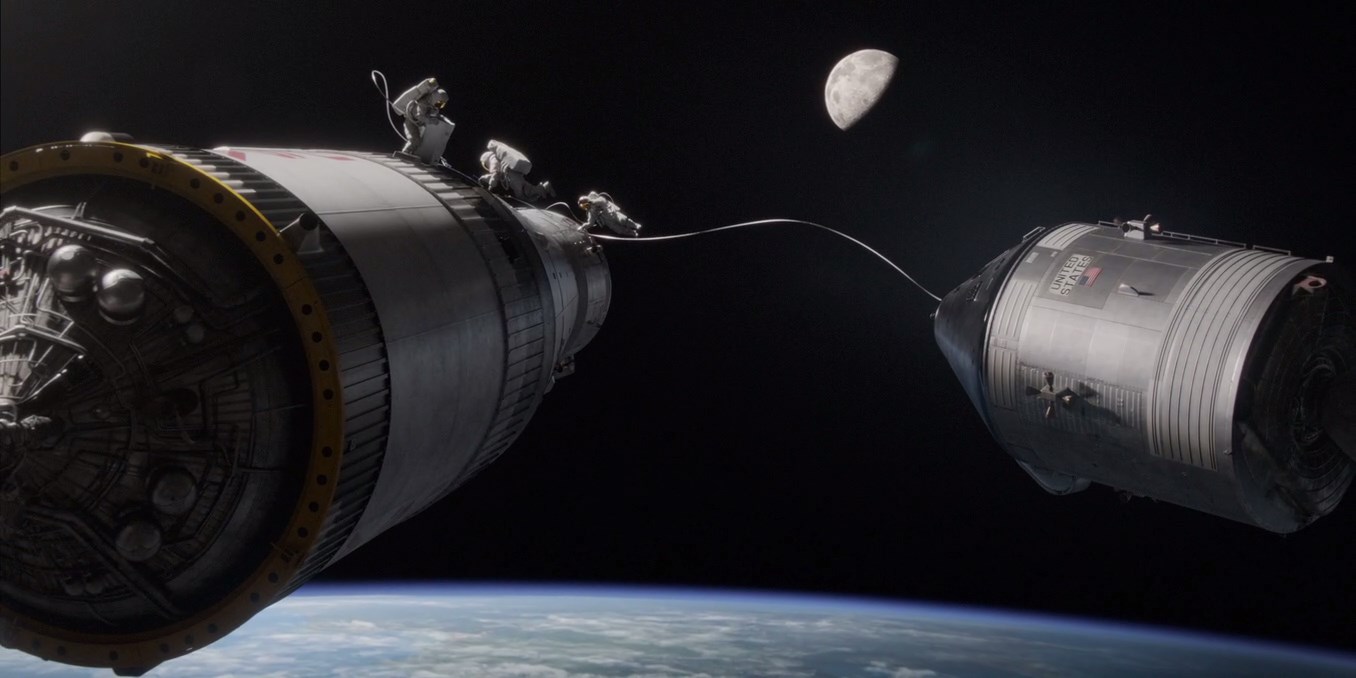 The family politics that arise from hard-drinking, occasionally womanising men waiting to blast off into space are dealt with well, but can drag a little, and as you’d expect, the real moments of tension take place when launch time approaches, in front of not only the controls of lunar modules, but also the TV screens where the astronauts’ wives gather to watch their husbands’ latest nail-biting manoeuvres broadcast live. Whether NASA would really choose to televise in real time so many situations that could quite easily end in the failure of their missions or the deaths of their astronauts is questionable but it’s certainly a good technique for evoking the stresses and strains of having a partner whose job is being shot into space on top of several hundred thousand pounds of rocket fuel. 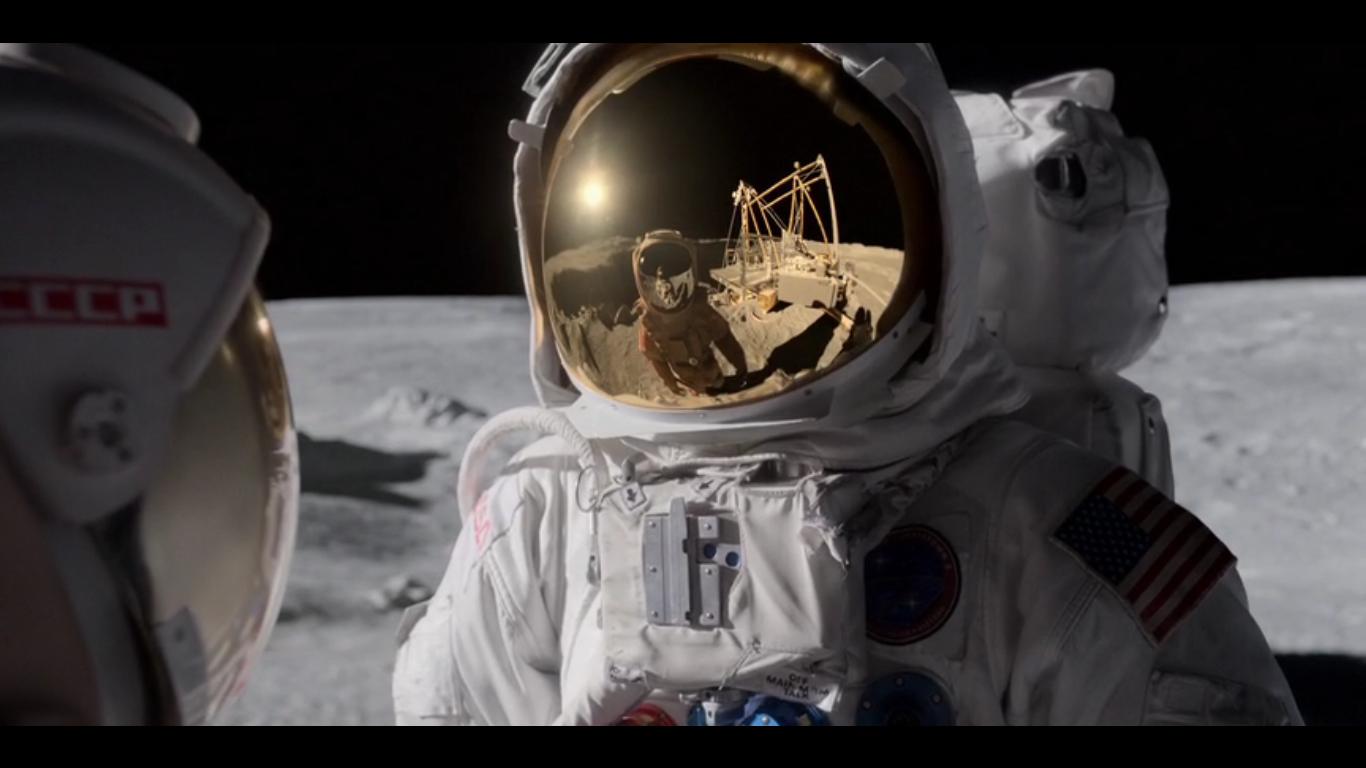 Even the first episode – which has a lot of work to do simply in terms of scene-setting – offers up a couple of great cliffhanger moments. But once we reach the Moon, there are opportunities to really ratchet up the tension, mostly driven by NASA and the astronauts’ questionable willingness to throw the rule book out of the window in their desperation to secure a lunar first over the Russians. Of course, Nasa in 1969 was a very male-oriented world but in formulating the show it’s clear that Moore and co thought have thought hard about how they can put women at the heart of the space-based action too. 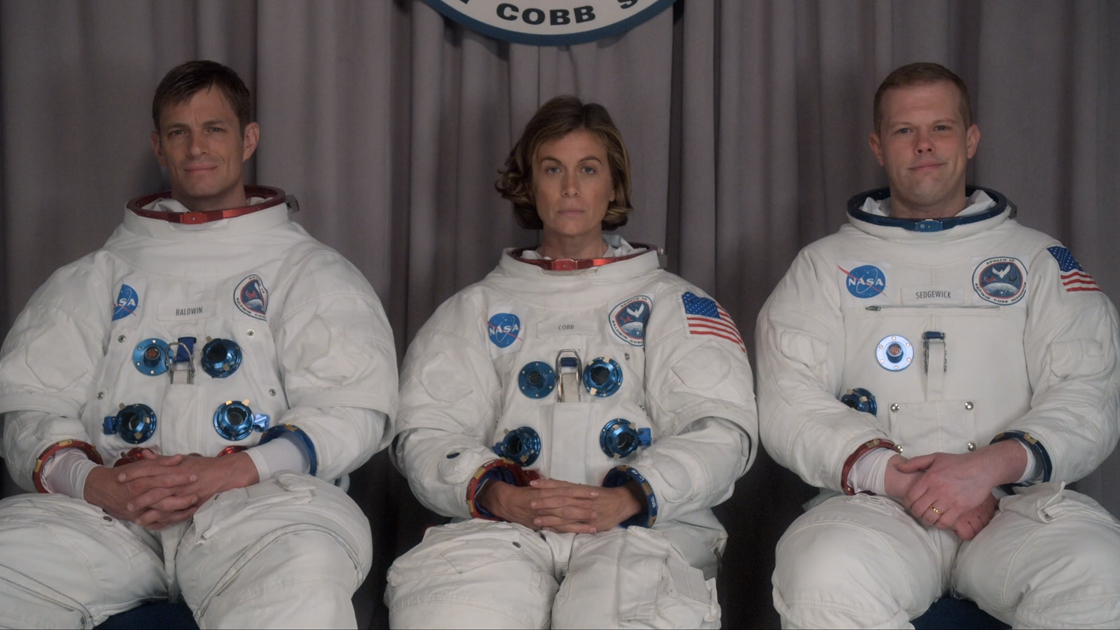 In reality, NASA didn’t begin an astronaut programme for women until 1978 and to this day a woman has still not set foot on the moon (NASA’s current target for that is 2024), but here circumstances dictate that the women’s programme starts much sooner, giving us a second, female-focused, strand to the space race story with at least as much drama as the men’s event and far more emotional impact. Performances are good across the board. The ever enigmatic Joel Kinnaman is well cast as tightly-wound yet soul-searching astronaut Edward Baldwin. Shantel VanSanten plays his equally focused wife Karen, balancing her duties as one of the matriarchs of the astronauts’ wives club with her deeply buried fears about the danger that her husband’s job puts him in. 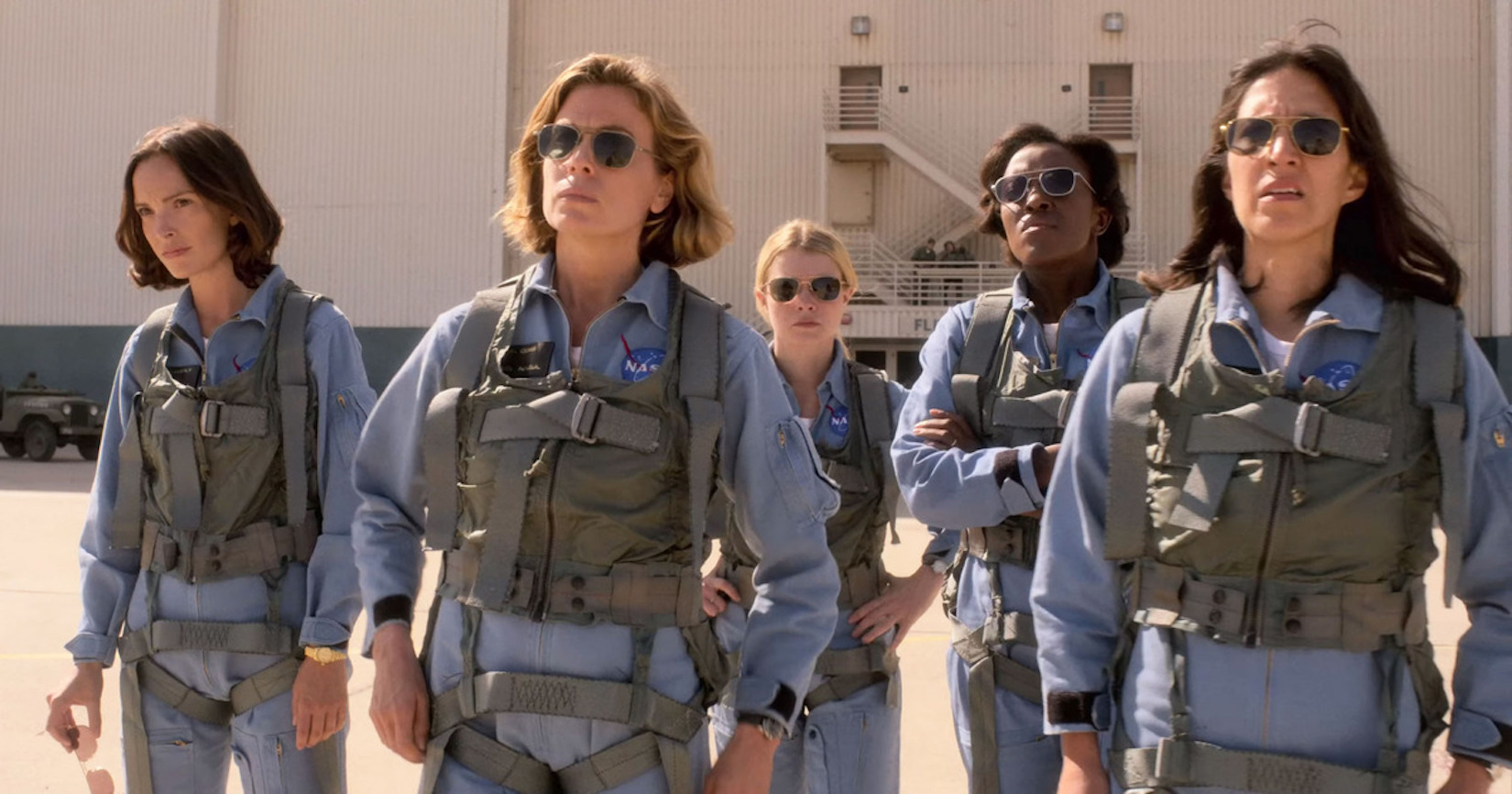 Sarah Jones is a stand-out as fellow astro-wife Tracey Stevens, overwrought by the infidelities of her husband Gordo (Michael Dorman) but with the possibility of glory of her own on the horizon. And Wrenn Schmidt plays pioneering Margo Madison, a mission control engineer striving to make a name for herself in a man’s world – also the position that the brilliantly laconic Sonya Walger finds herself in as aspiring astronaut Molly Cobb. Aside from Margo, the NASA control room is largely populated by real-life characters (a depressed Neil Armstrong, Buzz Aldrin and John Glenn even hang out in the background after their failed attempt to make it to the lunar surface). Colm Feore plays Wernher von Braun – the German scientist who headed up the US space programme – as warm and principled, which may surprise those who know how von Braun’s skills were utilised during the Second World War. 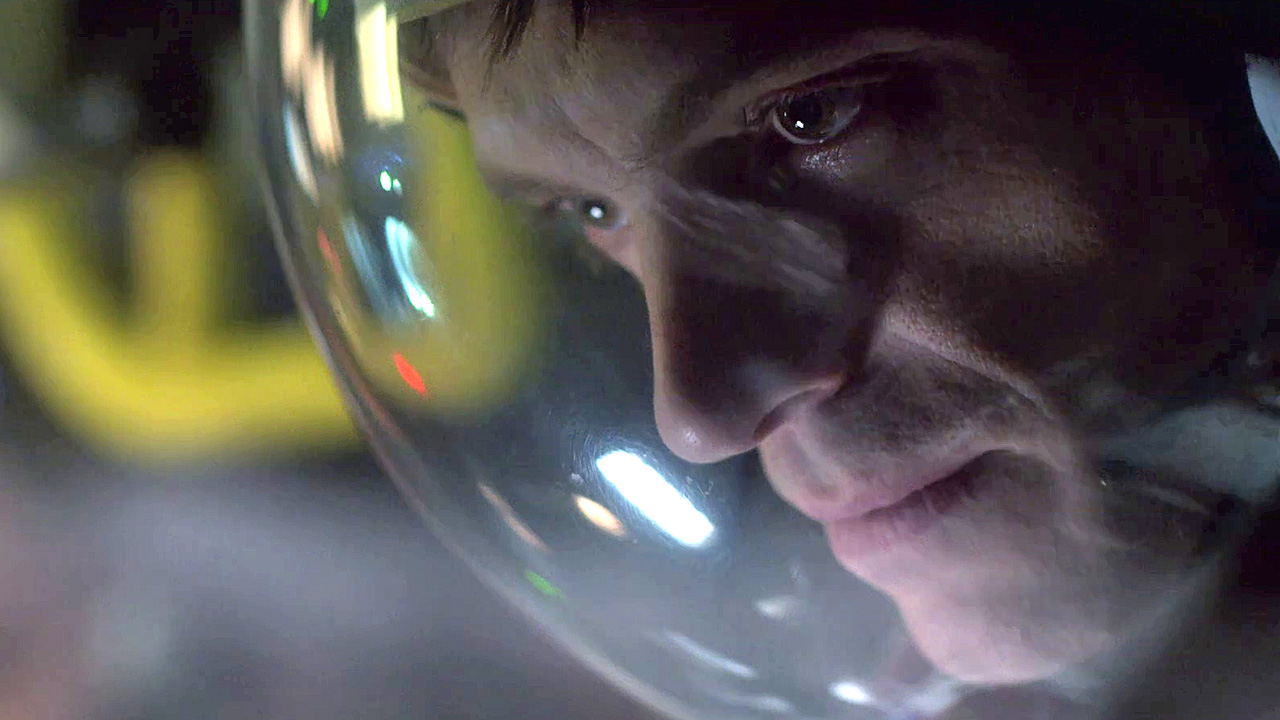 Eric Ladin as Chief Flight Director Gene Kranz gets to perform a couple of spine-tingling inspirational speeches ahead of some heart-in-mouth moments, and Chris Bauer is great as firm-but-fair Director of Flight Crew Operations Deke Slayton, the man who makes astronaut selections and who must spar with Nixon’s cronies as they attempt to push his mercurial agenda on NASA. And, well, it’s probably best if I stop listing names at this point… Because despite this initial over-abundance of personnel, and some slower moments in the earlier episodes, For All Mankind has a lot going for it – some winning characters and great performances; easy-on-the-eye sets and moonscapes; gripping scenes and uplifting moments – and not least the fact that it’s for all Womankind, too.