“I’m not going to say it’s the best science fiction movie, ever. Oh wait, yes I am”. The words of Orson Scott Card himself, author of the award winning scifi novel “Ender’s game”, and many others.

Not only is this a very fine movie, made on a fraction of the budget of any other scifi film I can think of, it also captivates those who have previously had no interest in science fiction before. Which is far more than I can say about almost any SciFi movie I can think of, the only other being Ridley Scotts 80’s classic Bladerunner.

Even if you’ve never seen Joss Whedon’s critically acclaimed series “Firefly”, less than a quater of the way through this movie you’ll suddenly realize, I care about these people, I care about what happens to them, so rich are their characters. They have flaws & insecurities just like we all do.

You can do alot more in a 15 Episode TV series regarding character development than you can in a 2 hr movie, so the focus here is mostly on 2 main characters. The captain of the cargo ship Serenity, ‘Malcolm Reynolds’, and ‘River’, the extremely intelligent but mentally traumatized teenage sister of Dr Simon Tam who Reynolds agreed to give sanctuary aboard his ship some eight months or so earlier. Having said that though, all the characters are here, and they all do a fine job. The script is very witty, clever and often very powerful.

The soundtrack in Serenity quite wondrous in it’s self, with beautiful melancholic strings, echoing piano, and western and oriental influences. They work perfectly with Whedon’s stunning camera work and lighting. There are special effects in this movie a’ plenty, and they look fantastic, in fact they completely belie the fact that this film cost less than $40m to make. They really are quite beautiful but they are there to further a strong story, not to overcome it. 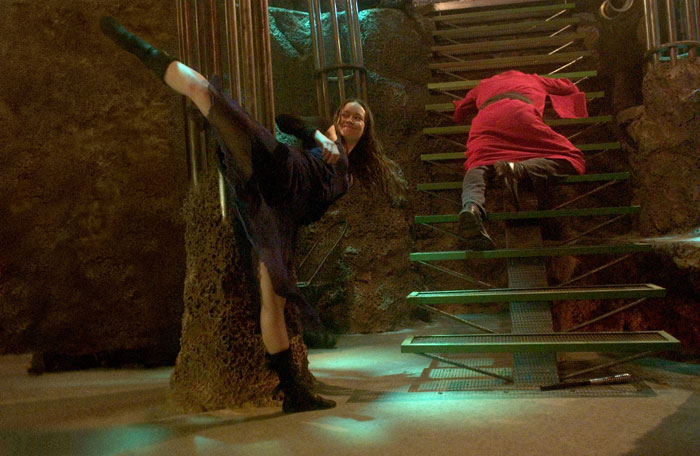 So emotionally powerful is this film that it has been described as ‘art’, and I really do think that it is, but will everybody like it? In the words of O.S.Card, “Not a chance…… it really is too strong for some people. Plus the story line is ‘smart enough’ and ‘mature’ enough that some people just won’t get it. Can’t be helped”. Serenity was indeed voted film of the year 2005, did it deserve the top spot? Possibly not, but it did deserve to be very close to it. It was certainly the “only” Scifi based movie that deserved to be anywhere near the top ten movies of 2005.

Serenity is a very unusual film, a tiny film that went by almost unnoticed and was a difficult film to market. There are no big names in the cast, and it is based on a short lived TV series that sadly too few know about. So when you see it for the 1st time, nay, the 2nd, 3rd and 4th time and so on, you’ll feel privileged that you did.. 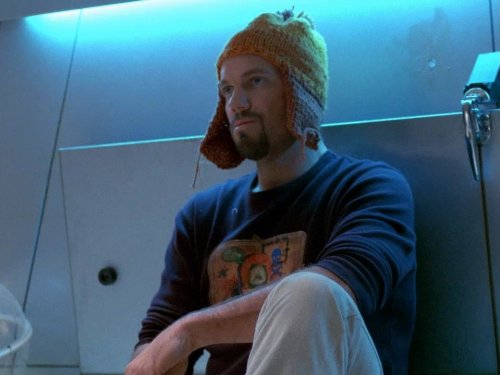 I could watch Firefly every year for the rest of my life and not get bored with it. IHow does one get tired of well-written characters and entertaining dialogue?Firefly aired, on Fox, for part of the 2002-03 season. The powers that be at Fox were crack-smoking morons and did their best to make sure nobody saw the series. They aired the episodes out of order and often skipped a week or two, with something else in its place. It worked because the show was soon canceled.

While the series is set in the year 2517, and much takes place on a spaceship, it is really a western at heart. Even the theme song has a western/country vibe to it.Mal Reynolds (Nathan Fillion) is the captain of the Serenity. Mal, along with his second in command Zoe (Gina Torres) fought on the losing side of a brutal civil war six years earlier. While Zoe seems to have accepted her fate, Mal is still bitter and comes across as a surly opportunist that does whatever he has to for a buck. It becomes clear early on that he has a set of principals that he holds dear. With them are Wash (Alan Tudyk) , the ship’s pilot and husband of Zoe. Kaylee (Jewel Staite) is the ship’s engineer and is an odd mix of tomboy and sweet young thing (Except that her first visit on the ship was while she was getting busy with the original engineer). Jane Cobb (Adam Baldwin) is a mercenary that acts as the muscle, though it is never quite clear just how loyal he is to them.The Serenity has a handful of passengers that are also regulars. Inarra (Morena Baccarin) is an Ambassador (It seems that prostitution is not only legal in the future, but organized and ever semi-respected) that rents space on the ship. Her presence works because she provides them with access to places they might not normally be able to go (She and Mal also have chemistry in the love/hate sense). Book (Ron Glass) is a reverend with a mysterious past. Dr. Simon Tam (Sean Maher) comes on board with his sister River (Summer Glau) in tow. They are on the run from the government as River was part of an experiment that has left her a bit scattered, but with great skills and even powers that lie just beneath her surface. 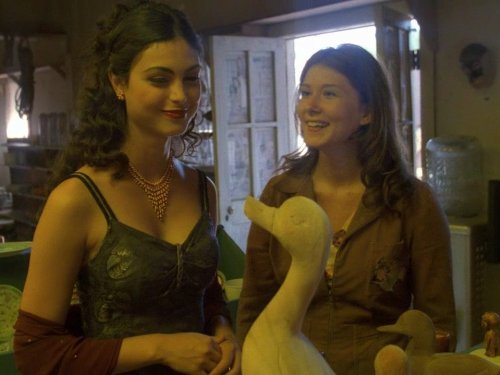 The galaxy is governed by the Alliance, which appears to be a semi-fascist organization. The outer reaches of the galaxy is full of colonized planets that often appear to resemble border towns in the wild west. The Alliance’s presence is only slightly felt there, with civilization being in the early stages…kind like Iowa or North Dakota only more interesting.

Most shows spend their first season developing chemistry, but Firefly hit the ground running with a cast that seems to have known each other for years. The interaction is often magical. Joss Whedon created a show with a very distinct style and feel. The dialogue is peppered with Chinese, to suggest that the Chinese culture became a global influence over the centuries between now and the time of the show. No funky sound effects are used in the space scenes, no roar of engines or squeal of laser cannons (In the reality, there is no sound in space). Even though there are rockets and lasers, most of the weapons are bullet based (adding to the western feel) and the most of the ships have a worn, dirty look to them.