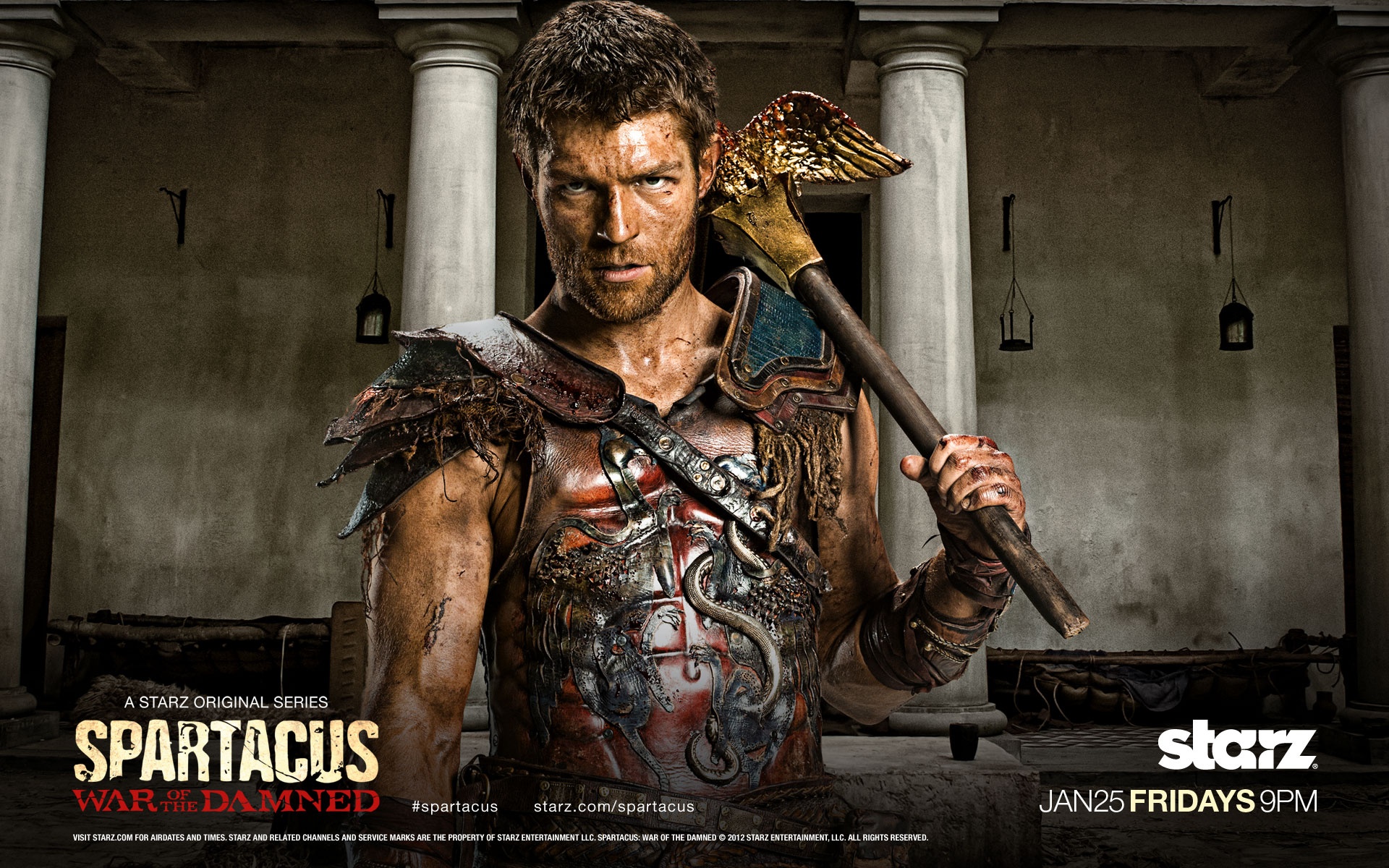 And so comes the beginning of the end as War Of The Damned brings to its conclusion series’ creator Stephen DeKnight’s take on the story of Spartacus. Picking up where the last arc in the continuity left off, the ever controversial show once again takes us back to the days of ancient Rome to offer up the final chapter of the slave revolt around which the show is based. As with the story arcs that preceded it, the show does not want for sex, nudity and graphic violence, much stronger than most have seen on TV before, but that there is half the charm. Everything about the series, from the performances the set design to the digital effects work is so over the top that it’s hard to imagine the series being nearly as fun had the exploitative elements been toned down in the least. When the story beings, Spartacus (Liam McIntyre) has teamed up with Crixus (Manu Bennett) and Gannicus (Dustin Clare) to lead the slaves in bloody revolt against the armies of the Roman Empire. They won’t win an easy victory but Spartacus figures that to really win their freedom they’re going to have to set up a city fortress of sorts in order to have a location that will serve not only as a stronghold but also as a headquarters.

As they set about making this a reality in hopes that once accomplished it will allow them to really ramp up their military operations, the powers that be in Rome lick their wounds and look for ways to replace soldiers lost in battle and refill their coffers. The Senate decides that the best man for this job is a wealthy Roman named Marcus Licinius Crassus (Simon Merrells). He comes in with enough money to help and is more or less put in charge of the military forces dedicated to putting the slaves back in their rightful place. While Crassus sets about doing this, a young Roman man named Julius Caesar (Todd Lasance) is brought on board for the specific purpose of going undercover and making his way into Spartacus’ inner circle. The series sticks to the same formula that made the earlier storylines so much fun: lush production values,  epic and bloody battles, sex, backstabbing political types. A series that makes no qualms whatsoever about playing up not only the decadence of the Roman Empire during which it has been set  but also the more violent side of life during those times. The series is all the better for it. Underneath all of this surface level insanity, however, is the final chapter of a pretty well told story. Characters develop nicely and are given interesting personalities and the various plot lines that are woven throughout the series can occasionally be intricate and genuinely surprising. As such, there’s a good amount of suspense here.

McIntyre shines in the lead again, showing a confidence and a naturalness in the part that really helps to carry the series. The other cast members all do good work here as well. Merrells and Lasance are both great on the opposing side of McIntyre and company as the soldiers. Performances are rarely, if ever, subtle but they fit the tone of the story and of the series as a whole. Merrells, in fact, tends to steal any scene he’s in even if he occasionally chews the scenery. Throw Ellen Hollman as a female warrior named Saxa and Cynthia Addai-Robinson as Naevia, Crixius’ main squeeze, and you can see that the ladies not only look great here but they hold their own in front of the cameras as well.

The series ends on a high note, bringing together everything it laid out beforehand rather nicely. Would it have been possible to stretch it out further? Sure, but then you run the risk of the series starting to become old hat and with it already being repetitive in certain ways this far in, that was probably a legitimate concern on the part of the writing crew. As it stands now, the series remained a solid watch all the way through, a show that put entertainment first and succeeded in doing so. It’s easy to see why this quickly became and stayed a fan favorite.

After triumph and tragedy, the Spartacus saga returns to the small screen to continue the tale of a former slave who has lost everything and will do whatever he can to exact vengeance on those that have done him wrong. Spartacus: Vengeance picks up after the events of the first season, which was called Blood and Sand. The show went into production, but had to be delayed due to Andy Whitfield’s illness and subsequent death. Gears shifted and a prequel was created that follow the events that led up to Blood and Sand called Gods of the Arena, which introduced more characters that carried over into Vengeance. Spartacus: Blood and Vengeance picks up shortly after the events that culminated with the House of Batiatus massacre where Spartacus (Liam McIntyre) freed all of the gladiators and led them to revolt. He and his comrades carry on freeing slaves and adding them to their ranks. Since the House of Batiatus no longer stands Spartacus’ new quest is to kill the man who committed his wife to slavery, Gaius Claudius Glaber (Craig Parker).

Lucretia (Lucy Lawless) has returned, and this time she bears the gift of foresight from the Gods. Ilithyia (Viva Bianca) is back and even colder,conniving, and more delicious than ever. Along with her husband and Rome emissary  husband, they will try to squash the uprising led by Spartacus and his legion.

I loved Andy Whitfield’s performance in Blood and Sand, because it’s what cemented that season’s success. We were there for the journey, side by side with him until the end. Gearing up for season two, he took ill, and would not come back to finish the series. I was sort of skeptical, because I didn’t think the show could carry forward without Andy. Gods of the Arena was awesome, because it introduced Gannicus (Dustin Clare). 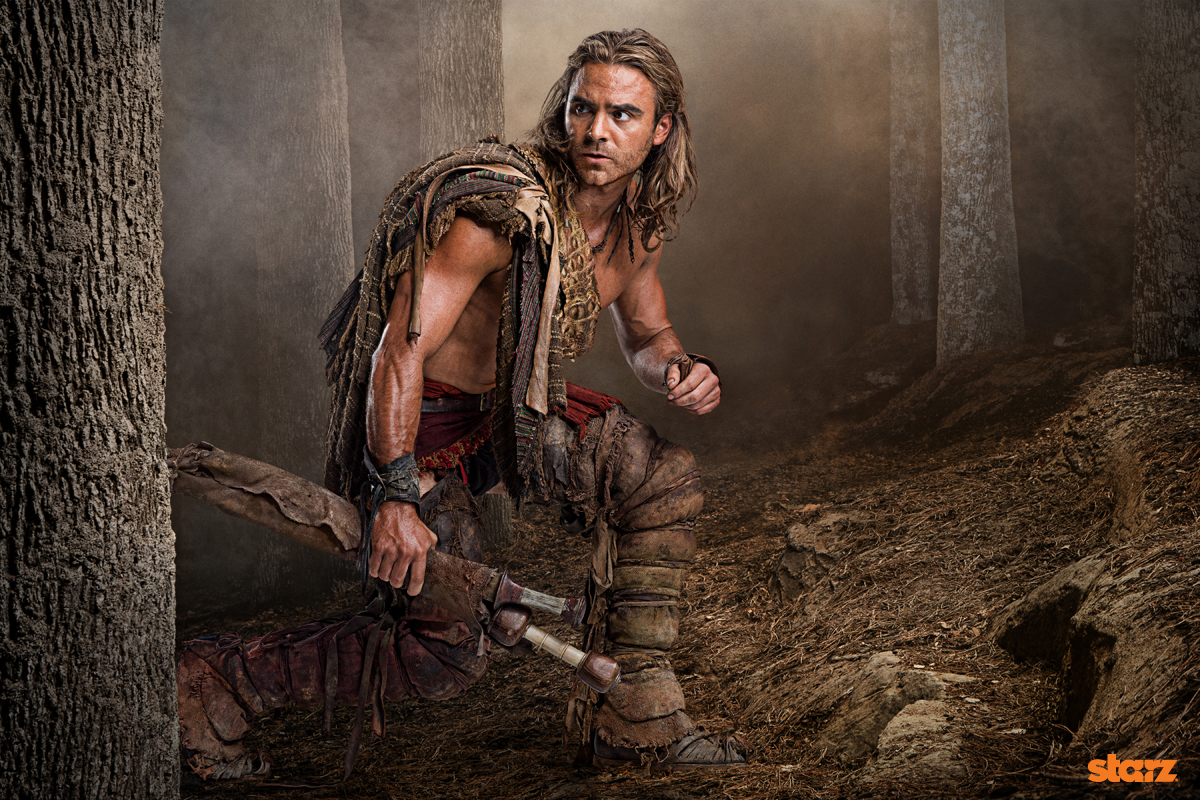 The show retains its quality while adding colorful embellishes here and there – more notably, the slow-motion scenes seem to have been tweaked, which gives them a faster look even though we’re watching it in slow motion. I really enjoyed that the full supporting cast was made the primary character of the series.

As far as the new Spartacus goes – Liam McIntyre had some pretty big shoes to fill, although it takes a few episodes to get use to him, he becomes a welcome addition to the cast and makes the character his own. The relationships of some of the other characters like Crixus (Manu Bennett) and Naevia (Lesley-Ann Brandt); and the Gannicus and Oenomaus dynamic carried over from Gods of the Arena were fascinating.  Spartacus: Vengeance brings on the blood, sex, and violence and reaches new heights in its depiction of it all. It’s hardcore to the max.