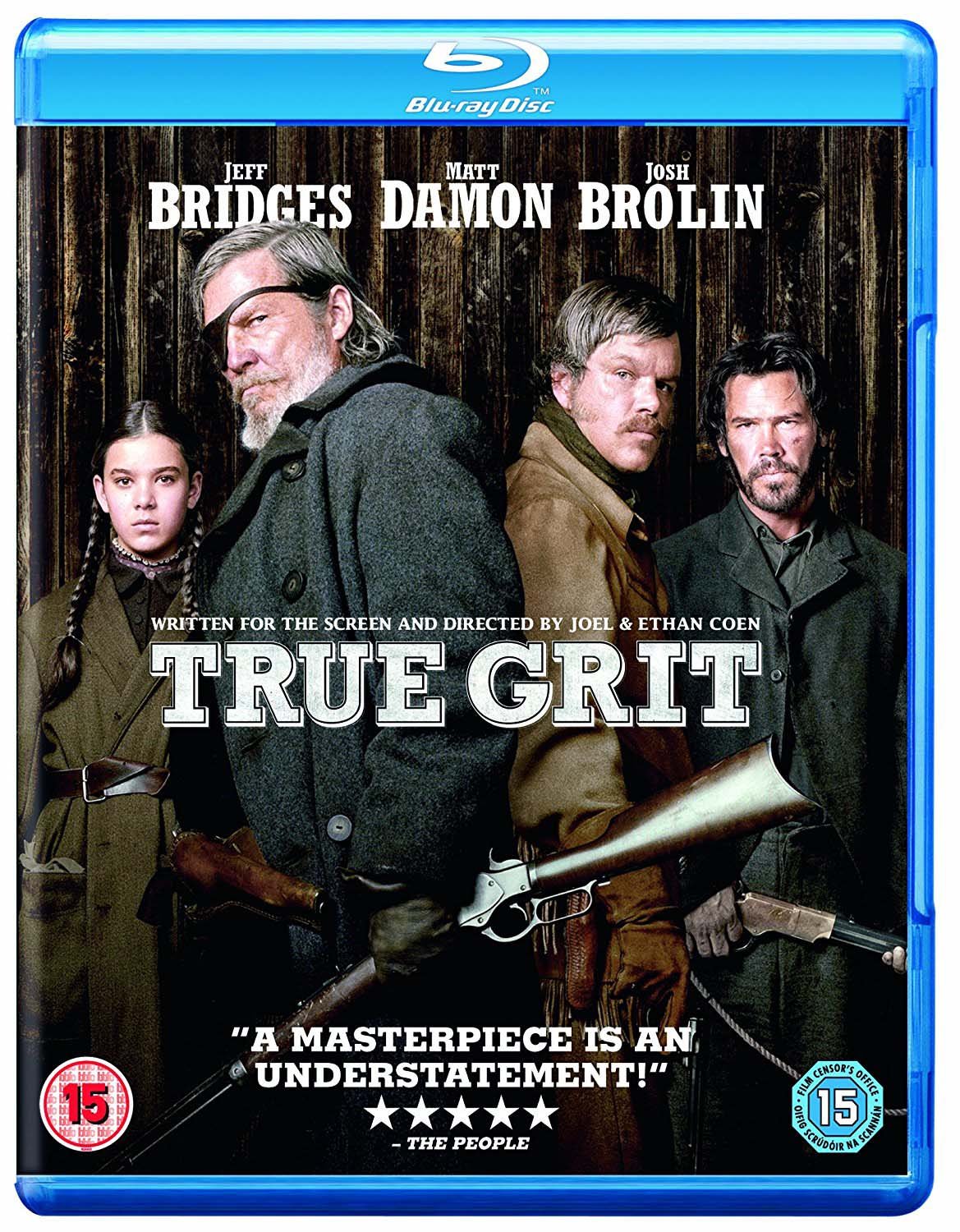 Mattie Ross’s father was murdered by Tom Chaney when she was 14 years old. While collecting her father’s body in Fort Smith, Arkansas, Mattie asks the local sheriff about the search for Chaney. He tells her that Chaney has fled with “Lucky” Ned Pepper and his gang into Indian Territory, where the sheriff has no authority, so she inquires about hiring a Deputy U.S. Marshal. The sheriff gives three recommendations, and Mattie chooses Rooster Cogburn. Cogburn initially rebuffs her offer, not believing she has the money to hire him, but she raises the money by aggressively horse-trading with Colonel Stonehill.Texas Ranger LaBoeuf arrives in town, pursuing Chaney for the murder of a Texas State Senator. LaBoeuf proposes joining Cogburn, but Mattie refuses his offer. She wishes Chaney to be hanged in Arkansas for her father’s murder, not in Texas for killing the senator. Mattie also insists on traveling with Cogburn but he leaves without her, having gone with LaBoeuf to apprehend Chaney and split the reward. After being refused passage on the ferry that conveyed Cogburn and LaBoeuf, Mattie crosses the river on horseback. LaBoeuf expresses his displeasure by birching Mattie with a stick, but Cogburn eventually allows Mattie to accompany them. After a dispute over their respective service with the Confederate Army, Cogburn ends their arrangement and LaBoeuf leaves to pursue Chaney on his own. Cogburn and Mattie meet a trail doctor who directs them to an empty dugout for shelter. They find two outlaws, Quincy and Moon, and interrogate them. Quincy insists they have no information about the Pepper gang, but eventually Moon divulges what he knows; Quincy fatally stabs Moon, and Cogburn shoots Quincy dead. Before dying, Moon says Pepper and his gang will be returning for fresh horses that night.LaBoeuf arrives at the dugout and is confronted by the Pepper gang. Cogburn, hiding on the hillside with Mattie, shoots two gang members and accidentally hits LaBoeuf, but Pepper escapes. However, Cogburn and LaBoeuf argue the next day, and the latter departs again. While retrieving water from a stream, Mattie encounters Chaney. She shoots him, but he survives and drags her back to Pepper, who forces Cogburn to leave by threatening to kill her. Pepper leaves Mattie alone with Chaney, ordering him not to harm her or he will not get paid after his remount arrives. Chaney tries to knife Mattie, but LaBoeuf appears and knocks Chaney out. They watch from a distance as Cogburn fights the remaining members of Pepper’s gang, killing two and wounding Ned before his horse is shot and falls, trapping his leg, whereupon LaBoeuf snipes Pepper. Chaney regains consciousness and knocks out LaBoeuf, but Mattie seizes LaBoeuf’s rifle and shoots Chaney in the chest. The recoil knocks her into a deep pit, where she is bitten by a rattlesnake. Cogburn cuts into her hand to suck out as much of the venom as he can, then rides day and night to reach a doctor, carrying her on foot after her horse collapses from exhaustion.Mattie’s left forearm is amputated due to gangrene from the snakebite. Cogburn stays until she is out of danger, but leaves before she regains consciousness. She never sees Cogburn or LaBoeuf again, despite writing a letter inviting Cogburn to collect the money she owed him. Twenty-five years later, she receives a note from Cogburn inviting her to a travelling Wild West show where he now performs. She arrives, only to learn that he died three days earlier. She has his body moved to her family cemetery. Standing over Cogburn’s grave, she reflects on her decision to move his remains, and about never having married, as well as the possibility of seeing LaBoeuf again.The movie actually surprised all the hype I had, what an incredible film. The atmosphere, clothing, and the buildings reminded me of the old classic Hollywood westerns they used to make. I had a feeling of nostalgia watching the movie through the end. I felt transported to another time period of the old western. Hailee Steinfeld was amazing in the movie, I truly believe that this is her breakout performance. Matt Damon and Josh Brolin were as usual amazing. But the true star of the film has to be Jeff Bridges, in all respects. His performance showed much more experience, strength and power, the performance was pretty much unforgettable. Jeff Bridges handily reinvents the iconic role of Rooster Cogburn in the Coen brothers’ back-to-the-book-remake. I congratulate the Coen for bringing back the western genre, that Hollywood has ignored so much the last decade or so. 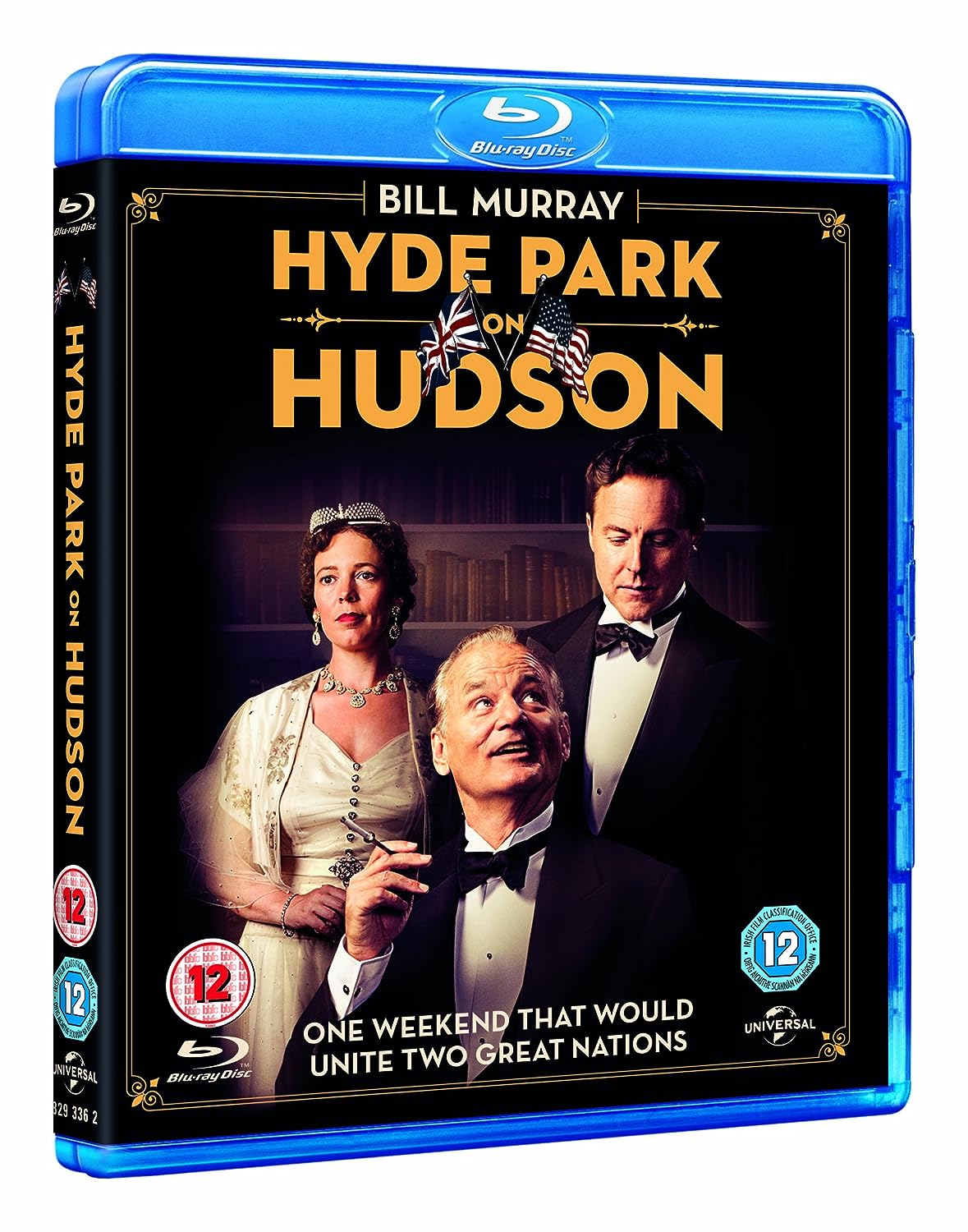 In spring 1939, Sara Delano, the mother of Franklin D. Roosevelt, asks his sixth cousin Margaret “Daisy” Suckley to visit the ill President of the United States at their country estate in Hyde Park, New York. Although Daisy and Roosevelt had not seen each other for years, the distant relatives form a romantic relationship, and Roosevelt often asks Daisy to visit Hyde Park when he stays with his mother. Daisy becomes one of the several women close to Roosevelt, including Sara; Missy LeHand, the president’s secretary; and Eleanor, the president’s wife. Despite his power, the president is often unable to control the other women; the quiet, shy Daisy is his confidante, and he tells her that Top Cottage will be their shared refuge after his presidency.In June 1939, King George VI and his wife, Queen Elizabeth, visit the United States, during which they stay with the Roosevelts at Hyde Park. The British hope that the visit will improve the chances of American support during the future war with Germany. George—who is king because his brother Edward VIII abdicated—is nervous, because of the importance of the visit, because he stutters, and because of having to eat a hot dog for the first time at a picnic in his honor. Roosevelt reassures George by citing his own inability to walk, and observes that others do not see their handicaps because “it’s not what they want to see”. The president tells the king that he hopes to overcome Americans’ reluctance to help Britain.The night the king and queen arrive, Daisy discovers LeHand is having an affair with Roosevelt. LeHand tells a shocked Daisy that their respective relationships with the president are not his only ones, mentioning Dorothy Schiff and Lucy Mercer Rutherfurd, and that Daisy must accept sharing Roosevelt with other women. At the picnic the next day the king successfully eats a hot dog for a photo op, and Daisy, in a voiceover, states that the visit helped the two countries form a Special Relationship. Daisy rejects Roosevelt’s requests to see her until he calls on her in person; they reconcile, and Daisy accepts her role as one of the president’s mistresses. As years pass, Daisy watches Roosevelt become frail as a wartime leader; nonetheless everyone, she says, “still [looked] to him, still seeing whatever it was they wanted to see”.Hyde Park on Hudson had its moments. I liked seeing King George VI eat hotdogs, the Queen smoke cigarettes, and FDR go swimming in a turn of the century bathing suit. However this film could have been so much better. It felt like Nelson forgot about his own plot. The gaps he left were huge and left me wondering why there were so many lose ends. The script needs to be beefed up and full cooked. There’s still pink in this meat. 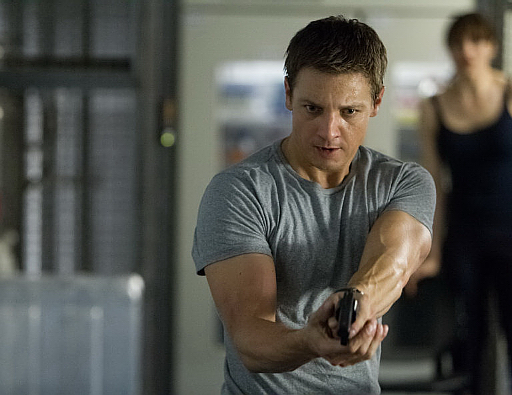 Byer deploys a drone to eliminate Outcome agents Number Three and Five (Aaron) in Alaska. Aaron hears the drone’s approach and leaves moments before a missile destroys the cabin with Number Three inside. Aaron removes the Radio-frequency identification implanted in his thigh and force-feeds it to a wolf which is then blown up by a missile, tricking Byer into believing Aaron is dead. Hirsch dies of an apparent heart attack before he can testify before the Senate. Dr. Donald Foite, a researcher at a bio-genetics laboratory, uses a pistol to kill all but one of his top-level colleagues employed by Outcome. When security guards enter his lab, Foite turns his gun on himself, leaving biochemist Dr. Marta Shearing as the sole survivor.[3] Meanwhile, other Outcome agents are eliminated when their handlers give them poisoned chems. When four elite “D-Track” assassins ambush Marta at her country house and attempt to fake her suicide, they are eliminated by Aaron. He saves her life as she is his last link to the chems so that he can retain his enhanced capabilities and avoid withdrawal symptoms. Marta reveals that Cross has been genetically modified by a tailored virus to retain the physical benefits without needing the green chems anymore. He still requires regular doses of blue chems to maintain his intelligence, but he is running out. Aaron confides to her that he is Private First Class Kenneth J. Kitsom (reportedly killed by a roadside bomb in the Iraq War) and that his recruiter added 12 points to his IQ, enabling Aaron to meet the United States Army’s requirements. Without his enhanced intelligence, Aaron believes they stand no chance of survival. Aaron and Marta travel to Manila, where the chems are manufactured, to try to infect him with another virus so he will not need the blue chems.Aaron and Marta bluff their way into the chem factory. Marta injects Aaron with the live virus stems. Byer alerts the factory security, but Aaron and Marta evade capture. Byer orders LARX-03, a chemically-brainwashed supersoldier, to track down and kill them. Aaron recovers from the flu-like symptoms but hallucinates about his Outcome training Police surround their shelter while Marta is buying medicine; she warns Aaron by screaming. Aaron rescues her and steals a motorbike. They are pursued by both the police and LARX-03. After a lengthy chase through the streets and marketplaces of Manila to Marikina, they lose the police, but not the assassin. Both Aaron and LARX-03 are wounded by bullets. LARX-03 is killed when Marta causes his motorcycle to crash into a pillar. Marta persuades a Filipino boatman to help them escape by sea. They sail away, while back in New York, Vosen lies to the Senate that Landy committed treason by trying to sell Treadstone secrets to the press and by assisting Jason, the only reason why Blackbriar existed
This is not meant to be an extension to the Matt Damon franchise and doesn’t try to be. It is very good in it’s own right and has to be viewed as a stand-alone, parallel story that uses references to the on-going Bourne saga to place it in context. Very well paced and filled with detail, it should more than satisfy any follower of the ‘Bourne’ trilogy and makes a worthwhile addition to the series.