On her 18th birthday, Bella Swan wakes up from a dream in which she sees herself as an old woman. She expresses her distaste about growing older than her boyfriend Edward Cullen, a vampire who stopped aging physically at 17. Despite her lack of enthusiasm, Edward’s adoptive family throw Bella a birthday party. While unwrapping a gift, Bella gets a paper cut. Edward’s brother, Jasper, becomes overwhelmed by the scent of Bella’s blood and attempts to kill her. Realizing the danger that he and his family pose to Bella, Edward ends their relationship, and the Cullens leave Forks, Washington.

Edward’s departure leaves Bella heartbroken and depressed for months; however, when her father, Charlie, finally decides to send her to live with her mother in Florida, Bella refuses and agrees to spend more time with her friends. After seeing a movie with Jessica, Bella sees a group of men on motorcycles. This reminds her of when Edward previously rescued her from an assault, and she sees his image warning her to stay away. Bella discovers that any thrill-seeking activities she engages in evoke Edward’s preserved image. She is also comforted by Jacob Black, a cheerful companion who helps to ease her pain over losing Edward. When Jacob suddenly begins avoiding her, Bella discovers that he, and others of his tribe, are descended from a long line of werewolves, and Jacob has just undergone his first transformation. Bella also learns that the werewolves are an age-old enemy of vampires. Jacob’s pack members are on constant alert for Victoria, a vampire seeking to avenge the death of her mate, James, who was killed by Edward after James kidnapped and tried to kill Bella. They rescue Bella from Laurent, when he tries to kill her. With Jacob busy coming to terms with his shape-shifting nature, Bella again finds herself alone, and she returns to seeking thrill-inducing activities.

Through a series of miscommunications, Edward believes that Bella has killed herself by jumping off a cliff into the ocean. Distraught over her apparent suicide, Edward travels to Italy and attempts to provoke the Volturi (powerful coven who act as vampiric overlords) to kill him by exposing himself as a vampire to humans. Alice, Edward’s sister, and Bella rush to Italy to save Edward, and arrive just in time to stop him. Edward explains that he always loved Bella and only left to protect her. However, the Volturi determine that Bella, a human who knows that vampires exist, must either be killed or transformed into a vampire herself. Alice stops them from killing her by sharing her premonition, in which Bella has been transformed, with Aro (Michael Sheen), a Volturi elder who is able to read thoughts through touch. Soon after, they return to Forks and Cullens again settle themselves in Forks. Bella asks Edward to transform her and Cullens vote in favor of that much to Edward and Rosalie’s dismay. Later, Jacob reminds Edward, the treaty Cullens and Quileutes made years before that they will not attack each other, as long as the Cullens do not feed on any humans, a necessity for Bella’s transformation. The movie concludes with Edward telling Bella that he will change her into a vampire after she marries him.

This is not a film that will gain much critical acclaim as the storyline is basic and the special effects are mediocre most of the time. However it is really enjoyable to watch and will delight all fans of the Twilight Saga due to its honest representation of the storyline.

Seventeen-year-old Isabella “Bella” Swan moves to Forks, a small town on the Washington coast, to live with her father, Charlie. Her mother, Renée, is remarried to a minor league baseball player, and they travel often to attend games. Bella makes several friends at her new high school, but she is intrigued by the mysterious and aloof Cullen siblings. Bella sits next to Edward Cullen in biology class on her first day of school, but he seems to be repulsed by her. After a week of absence from school, Edward comes back and talks to Bella normally. A few days later, Bella is nearly struck by a van in the school parking lot. Edward saves her by instantaneously covering a distance of over 30 feet and putting himself between Bella and the van, stopping it with only his hand and making a conspicuous dent. He subsequently refuses to explain his actions to Bella and warns her against befriending him. 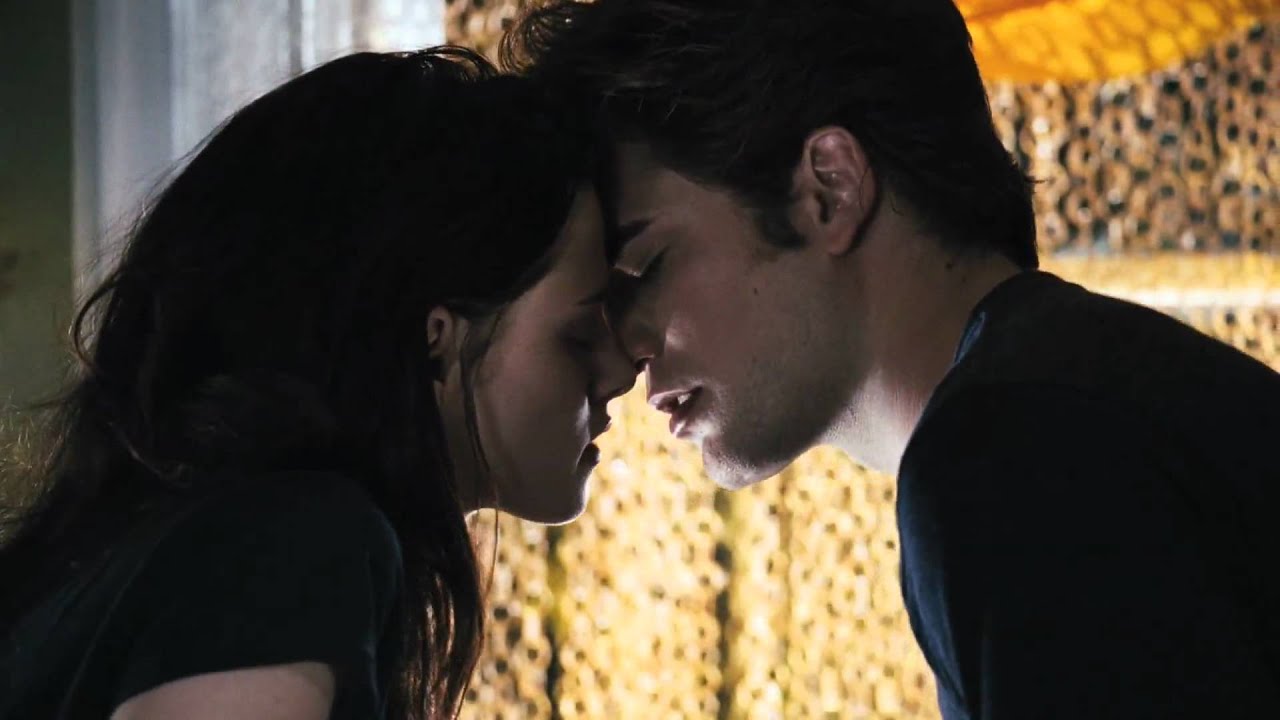 After much research, Bella concludes that Edward is a vampire. He eventually confirms this but says he and the other Cullens only consume animal blood. The pair fall in love, and Edward introduces Bella to his vampire family. Carlisle Cullen, the family patriarch, is a doctor working in Forks. His wife is Esme, and Alice, Jasper, Emmett, and Rosalie are their informally adopted children. Edward and Bella’s relationship is soon put in jeopardy, when three nomadic vampires — James, Victoria, and Laurent — arrive in Forks. James, a tracker vampire with incredible hunting instincts, is instantly intrigued by Edward’s protectiveness over a human, which incites him to hunt Bella for sport. Edward and the other Cullens risk their lives to protect Bella, but James tracks her to Phoenix, where she is hiding with Jasper and Alice. James lures Bella into a trap by falsely claiming that he is holding her mother hostage. James breaks Bella’s leg before biting her wrist, infecting her with vampire venom. After a ferocious fight, Edward subdues James just as the other Cullens arrive. Alice, Emmett, and Jasper destroy James, decapitating and burning him, as Edward sucks the venom from Bella’s wrist, preventing her from turning into a vampire. Upon returning to Forks, Edward accompanies Bella to the high school prom, where he refuses to grant her request that he transform her into a vampire. As the couple dance, they are unaware that James’ mate, Victoria, is secretly watching, plotting revenge for her lover’s death.

Overall, I enjoyed “Twilight” for what it was – a romance that probed the timeless dilemma of wanting what you can’t have (and despite Meyer’s Mormon beliefs, this whole series is basically a metaphor for sex). It makes for an interesting, compelling story.