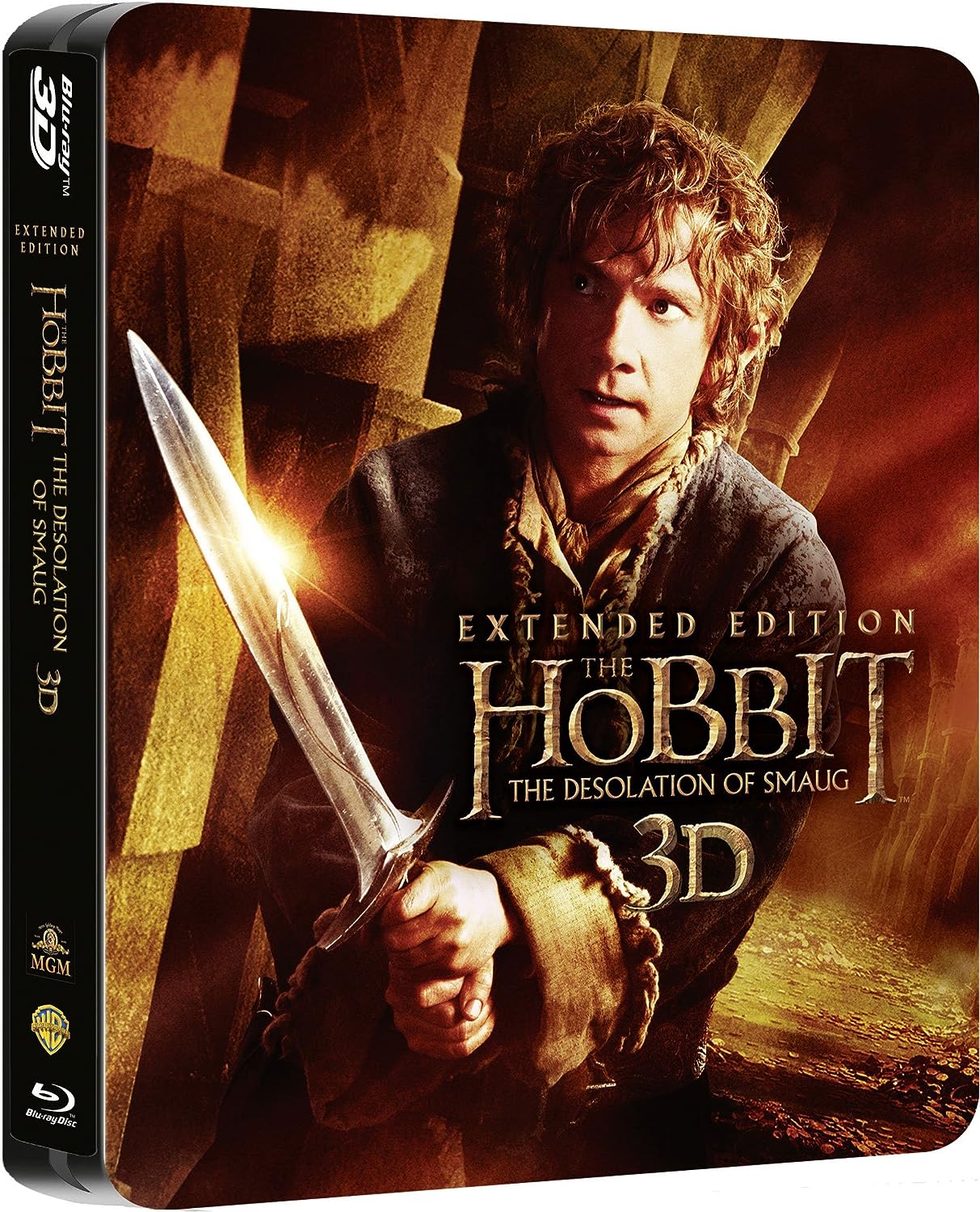 The Hobbit: The Desolation of Smaug 3D Blu-ray delivers stunning video and reference-quality audio in this exceptional Blu-ray release.We Return to Middle Earth where the dwarves, along with Bilbo Baggins and Gandalf the Grey, continue their quest to reclaim Erebor, their homeland, from Smaug. The 3D Extended Edition release of The Desolation of Smaug includes five BD-50 discs: two for the 3D version of the 186-minute feature film (with a break midway through the extended cut), one for the 2D version of the EE (with no breaks or disc swaps to be had), and two more discs devoted to more than ten hours of high definition bonus content. Thankfully, both the MVC-encoded 3D and AVC-encoded 2D presentations are virtually identical in quality; to each other and to their April 2014 Blu-ray counterparts.Similar to the palette shift that occurs when moving from The Fellowship of the Ring to The Two Towers, The Desolation of Smaug is a much darker, bleaker film than An Unexpected Journey. The same goes for Warner’s 1080p/AVC-encoded 2D and MVC-encoded 3D video presentations. Shadows are greedier, the cloak of night more oppressive, delineation less forgiving, and crush a bit more of a nuisance than before. Even so, the two transfers are excellent examples of the benefits high definition affords; each one rich in detail, lovely to behold, and utterly faithful to Jackson and cinematographer Andrew Lesnie’s dramatic digital color grading. Skintones are perfectly saturated (or desaturated, as is typically the case), black levels are satisfying (albeit a touch muted in Mirkwood and Erebor), and contrast is spot on, with very little in the way of distractions. (The few that do arise trace back to the filmmakers and/or the FX.) Clarity is also remarkable in both 2D and 3D, with crisp edges free from aliasing and ringing, refined textures that capture every last subtlety of the film’s production design and costumes, and a pleasing veneer of grain that doesn’t hinder the image in any way.In 3D, the experience is perhaps even more stunning, with a level of depth and dimensionality reserved only for the best of the best 3D releases. The aforementioned bleakness and darkness doesn’t take a toll on the MVC-encoded 3D presentation, nor does it muddle Jackson’s imagery in any way. Orc swords pierce the screen. Forests extend into the distance. Mountains spill back to the horizon. Rivers rage as barrels race to safety. Elves leap overhead. Spiders lunge at the viewer. Drawn bows point arrows beyond the bounds of the film. The streets of Laketown snake into the city. Dwarven monoliths tower above Bilbo and the Company. And Smaug looms larger and more menacingly above the fray. Then there are the veils of cobwebs, sea of trees, canopy of leaves and butterflies, crowds of onlookers, sheets of dragon scales, oceans of gold, and columns that allow one to sense the vastness of Erebor’s halls. All of it is convincing and oh so immersive, with wide vistas boasting as much 3D oomph as the most intimate close-ups. Add to that a lack of significant aliasing, shimmering, ghosting or other issues associated with 3D and you easily have what’s already one of the finest 3D releases of the year.Better still, artifacting, banding and other significant enemies of the crown are held at bay; again, both in the 2D and 3D presentations of the film. There are a few negligible instances of banding and artifacting, but nothing that takes a serious toll, and nothing that will be noticed by anyone who isn’t scanning the shadows, smoke and fog looking for something to overreact to. (A half-dozen unsightly, lower definition GoPro Camera shots pepper the barrel escape sequence, and irritate me every time I watch the film. But each one only appears for a split second and, again, should be laid at Jackson and Lesnie’s doorstep, not Warner’s.) All told, The Desolation of Smaug is gorgeous regardless of which version you choose to watch. Jackson’s rabid fans will be rewarded for their allegiance. 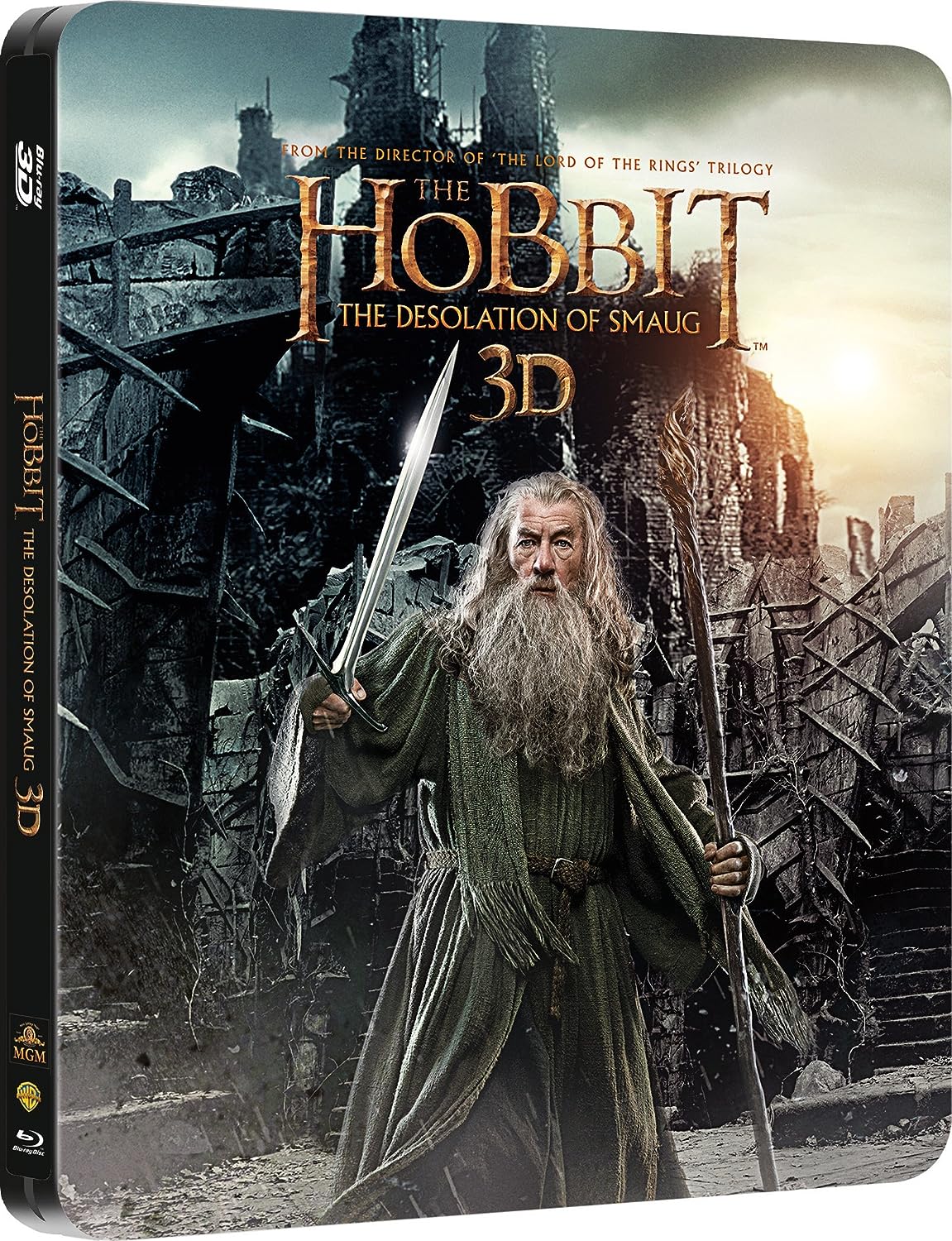 The tales are still unravelling and a lot of the characters are still telling their backstories. However, Peter Jackson and co. don’t allow this picture to go without any action. The orcs continue to follow the protagonists from one place to the next, with the intention of killing each one of them. As this danger comes upon each village, audiences are introduced to a batch of insanely entertaining action sequences. One of the most impressive happening down the rapids of a fast-moving stream.Even through the more subtle scenes, The Hobbit: The Desolation of Smaug has a much better sense of pacing that keeps it moving. Gandalf explores numerous environments, as he ventures the darkness of the curses that threaten the entire world. This team of writers don’t need to have constant battles in order to keep their audiences engaged. While some of the dialogue is intentionally cheesy, the majority of it holds its own fairly well. As expected, the film is humorous when it wants to be. There are a lot of gags against the stereotypes of dwarves that will surely gain some laughs from moviegoers. This works extremely well in bringing a change of tone to the picture every now and then. While the team continues to fight towards the mountain in which Smaug is underneath, they encounter a wide variety of different people and creatures. It’s all a matter of being able to tell the difference between friend and foe. Of course, a lot goes wrong along the way. 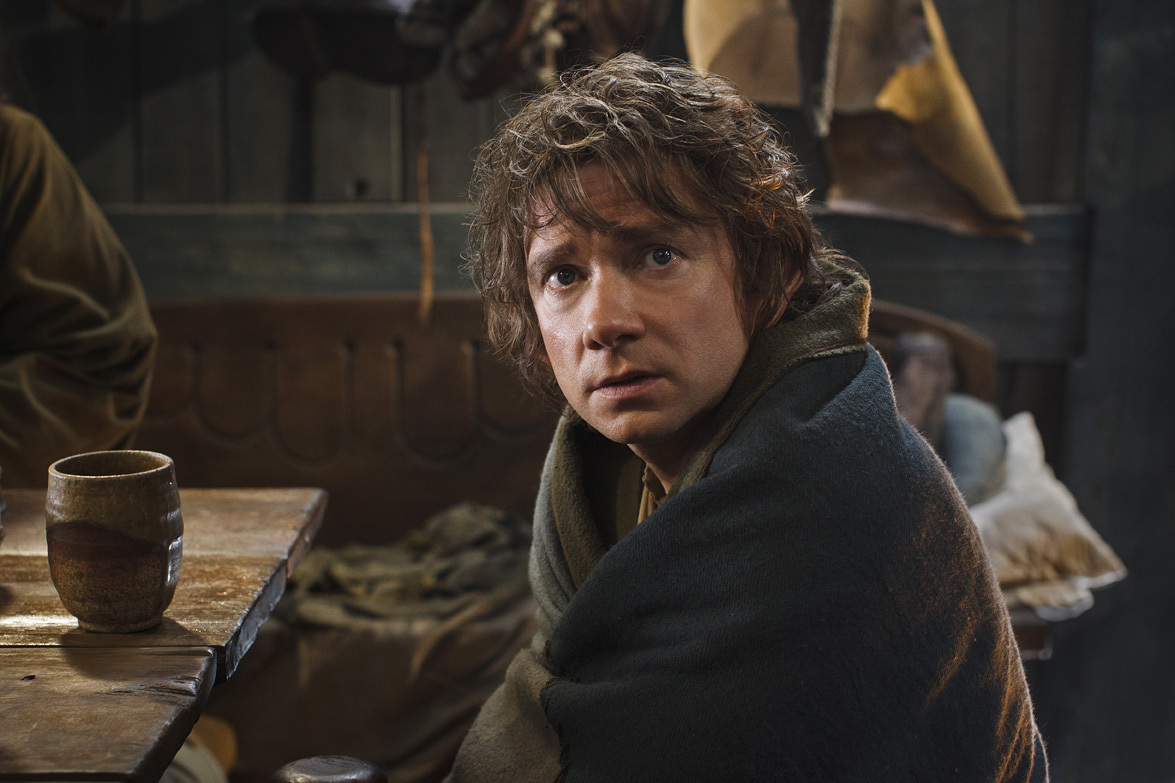 Despite having Smaug’s name in the title, he’s the antagonist held for the third act of the feature. This dangerous dragon makes for a meaty portion of the running time, as Bilbo attempts to sneak around the beat’s chamber without being detected. Once the group is faced with the task of fighting off the dragon, they’re forced to draw deep inside themselves in order to find the bravery and courage needed to at least put up a fight. There’s plenty of running around and fighting here, but Smaug gets quite a bit of time to speak with Bilbo before things start spinning out of control. Not only is the dragon threatening in size, appearance, and name, but is actually rather witty in his dialogue. This makes for a great final act that pulls everything together.