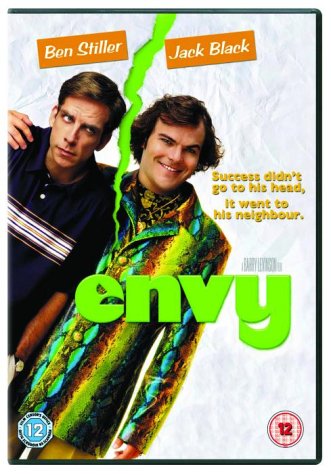 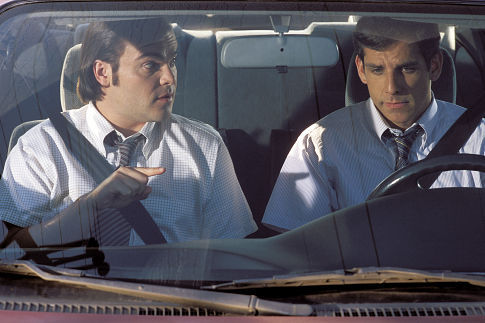 Tim Dingman (Ben Stiller) and Nick Vanderpark (Jack Black) are best friends, neighbors and co-workers at 3M. Nick is constantly coming up with crazy ideas to get rich quick, and when he invents Vapoorize, a spray that instantly removes dog faeces, he actually succeeds. As Nick’s wealth continues to grow, so does Tim’s envy, as he had initially scoffed at the idea and squandered an opportunity to invest and become mega-rich himself. Nick is blissfully unaware of Tim’s jealousy, and his generosity only serves to make Tim more envious of him. Meanwhile, Nick’s wife Natalie (Amy Poehler) decides to run for state senate but is continually plagued by questions about her husband’s product. 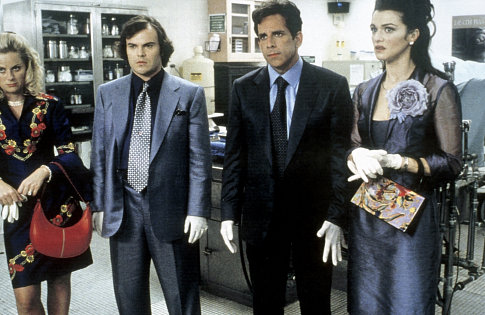 After Tim’s wife Debbie (Rachel Weisz) and children temporarily leave and he is fired from 3M, Tim’s jealousy reaches new levels. In a bar, he meets J-Man (Christopher Walken), a bizarre drifter, who lends a sympathetic ear and offers advice. After a drunken night out, Tim accidentally kills Nick’s beloved horse, Corkey, and buries the horse in his abandoned swimming pool. Nick offers a $50,000 reward for the return of his horse. J-Man and Tim concoct a plan whereby J-Man would discover the horse and claim the reward, splitting the proceeds. However a series of unfortunate events, including Tim’s family getting holed up in J-Man’s mountain cabin, leads to the horse’s carcass being lost in a rain storm.

Nick reveals to Tim that he is going to Rome for the debut of Vapoorize there, and gives Tim the opportunity to join him in a 50:50 partnership, which he accepts. J-Man finds out that Tim is now rich, and, feeling betrayed, tries to blackmail him. After confessing to his wife, now enjoying her rich lifestyle, Tim agrees to pay J-Man; however J-Man ups his demands and asks to be Tim’s partner. Tim accidentally shoots him in the back with an arrow and J-Man, believing that Tim has tried to kill him, backs down in fear.

Tim eventually confesses all to Nick who forgives him for his jealousy and agrees to continue with the partnership; however at a press conference for Natalie’s electoral campaign (where she promises to withdraw her candidacy if it is proven Vapoorize is harmful to the environment in any way), Corkey’s body is seen floating down the nearby river, and the animal’s post-mortem discovers that the horse was not killed by the arrow as previously thought but actually poisoned by a by-product of Vapoorize, used by Tim to treat his garden after Corkey came to eat the apples off of his tree. The veterinarian informs the pair that she is obliged to inform the Environmental Protection Agency, and Vapoorize is immediately pulled from the market. Nick and Tim almost lose all their wealth and glory, until Tim comes up with an invention of his own: Pocket Flan, inspired by Nick and his family’s love for the dessert. J-Man is shown in the audience of Tim and Nick’s infomercial for Pocket Flan, apparently reconciled.

I must admit, i didnt think this was one of Ben Stiller better films. Jack Black was definately the funniest character in the movie. One of the scenes that sticks to mind is when Jack & Ben are driving home from work and Jack starts talking about how his hand didnt seem to be a part of him the whole day. His hand kept sitting next to him, following him around everywhere like a mutant sidekick…this had me in stitches..but maybe thats just me. View it and see what you think. Its funny and lighthearted.