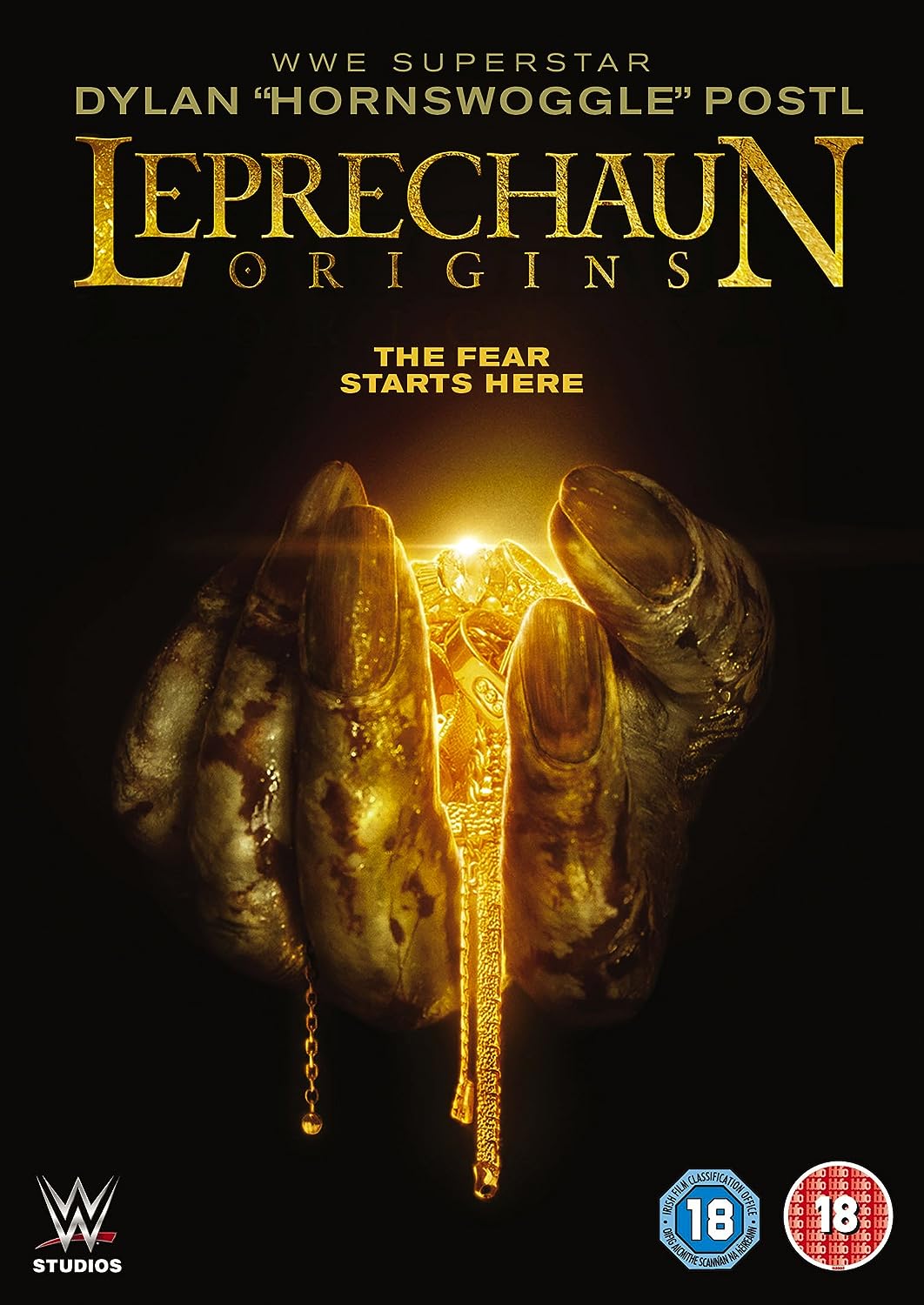 A young couple, Catherine and Francois, are attempting to escape from a figure who eventually catches and drags Francois to his death. It also grabs hold of Catherine just before she arrives at a monolith in a grassland. Four American college friends, Sophie, Ben, Jeni, and David are vacationing at an Irish countryside at Sophie’s behest. The driver, Ian, lets them go at the monolith seen in the beginning. Sophie, who is a history bachelor, takes note of the monolith’s symbol before heading to a local bar with the others, where they meet with a friendly old man, Hamish, who tells them about the history of the village: it was formerly a mining center for gold obtained in a nearby cavern, but when the gold ran out, the population dwindled. The four agree to be taken to a cottage where they can begin hitchhiking to the cavern, though they are wary of Hamish and his grumpy son, Sean.

That night, Jeni investigates a ruckus outside and glimpses a figure sprinting past the window. She wakes the others, who discover that Hamish and Sean had locked them up. A figure suddenly enters the cottage through the fireplace and forcibly takes Jeni’s gold earring. After a brief struggle which sees David’s leg being bitten by the monster, the four escape the cottage and race to the village hall, where they hide in the cellar. From a mythology book, Sophie learns that the monster is a Tuatha Dé Danann, also known as the leprechaun, who owns the gold that the villagers sought after. In return for the gold, the villagers have to sacrifice at least two humans each year as “compensation”. The leprechaun lusts after gold, but it can be repelled by a certain symbol, the same one carved into the monolith, which serves as a barrier beyond which the being cannot get out.

The four are confronted by Hamish, who confirms that the villagers sacrifice tourists each year to avoid having to sacrifice themselves, and Sean, who has grown weary of the unjustified sacrifices and eventually lets them go. The four take the offer to escape by an old woman, Mary, who is revealed to be Hamish’ accomplice. The four are then tied to trees as offerings for the leprechaun. The monster arrives and bites Jeni’s tongue, but David manages to break free and releases the other three, though at the cost of his life. The remaining trio head back to the cottage to set a trap to kill the monster, but the leprechaun tricks Sophie and Ben to strike Jeni with their axes, killing her.  Sophie and Ben fetch Hamish’s truck but is cornered by the leprechaun inside the village hall with the keys. The leprechaun eventually gets hold of Ben and kills him by ripping his spine out. Though cornered by Hamish, Sophie is given a free pass by Sean, who pushes Hamish into the cellar where the leprechaun kills him. Meanwhile, Sophie boards Hamish’ truck but crashes midway while trying to avoid the leprechaun. She resumes her escape on foot and when the leprechaun finds her she distracts it with gold coins, then decapitates it using Francois’ knife, which he had left in the prologue. Sophie finally manages to cross the monolith to safety just as a second leprechaun is revealed, before continuing her escape.

This really isn’t such a bad movie after all the negativity its pretty much what I expected! This is nothing like the original Leprechaun movies, there’s no comedy,  no green outfits, this is a straight up serious horror slasher about the true origins of the creature. Why they tried to sell the movie with Dylan Postl I don’t know as you would never really ever guess its him! The blood and gore effects are not bad either, the cast is not that bad either just your usual young bait for the kills, this is a small budget film but its still great fun I think, I liked the serious approach and the fact the leprechaun never spoke and is more now a monster! This is one of the more exciting re-boots in a while! 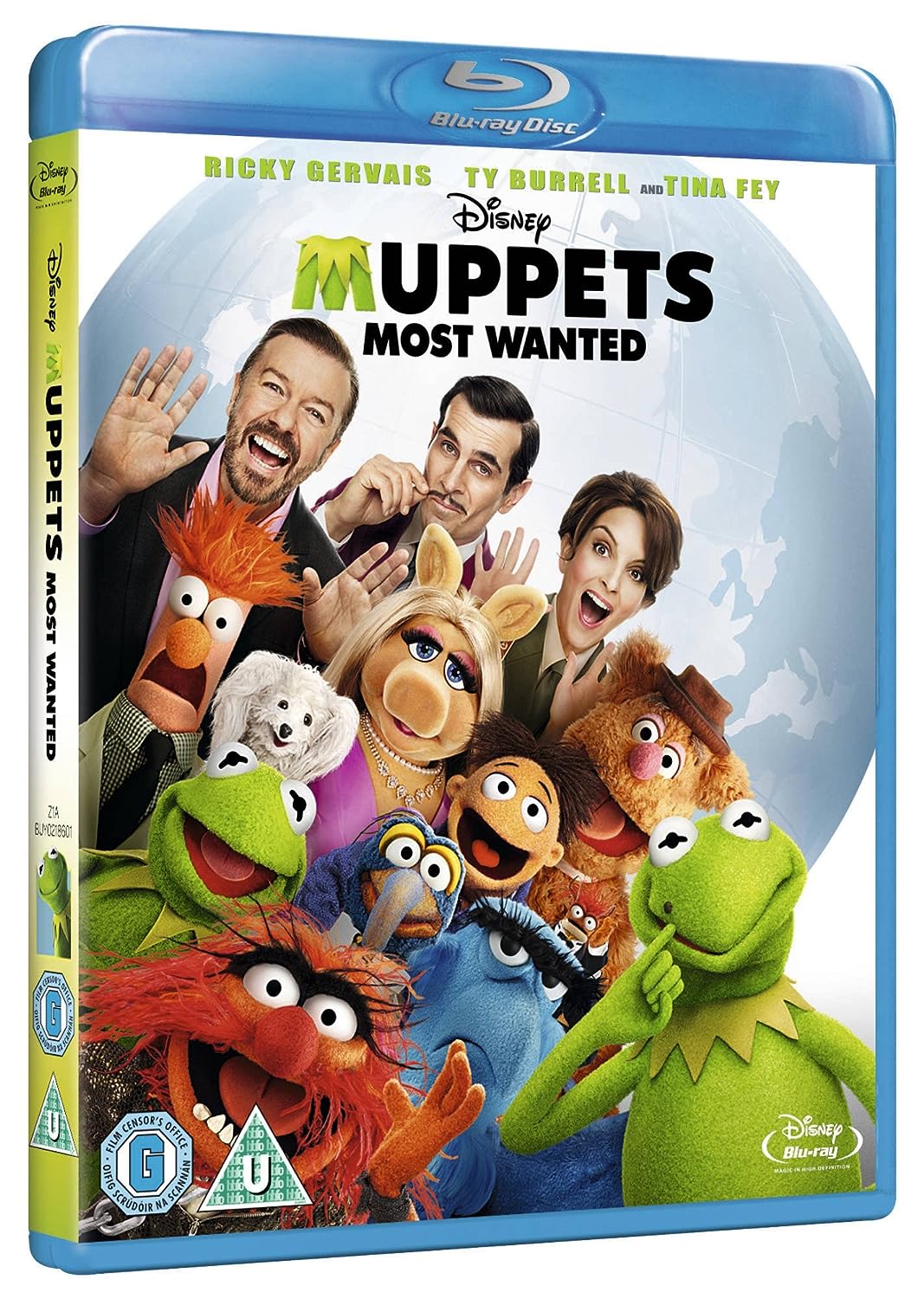 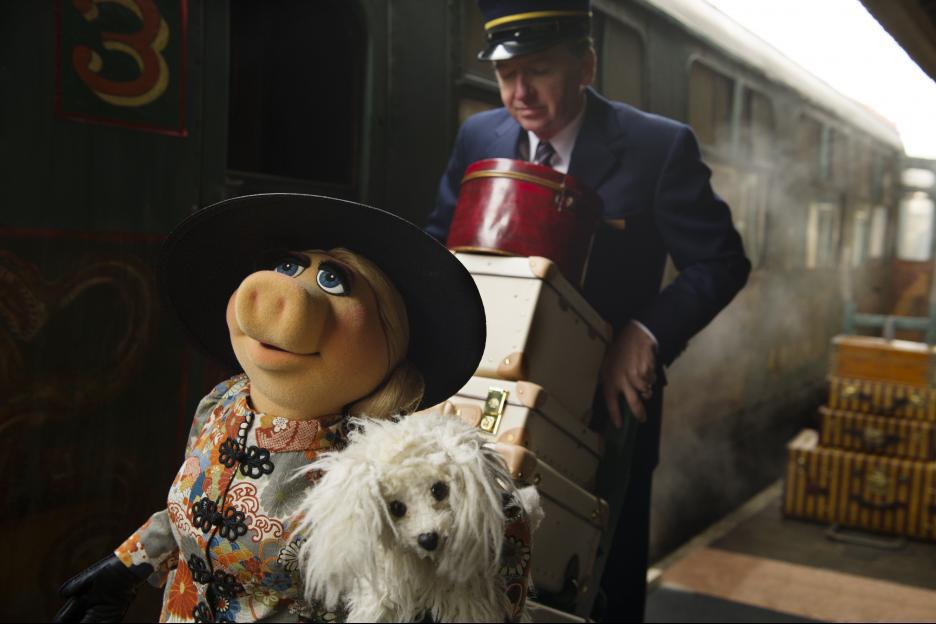 Following the events of the previous film, The Muppets find themselves at a loss as to what to do until Dominic Badguy suggests the Muppets go on a European tour with him as their tour manager. As the Muppets begin their tour, a criminal mastermind named Constantine, a near-exact double for Kermit the Frog in appearance, escapes from a Siberian Gulag and joins his subordinate Dominic to begin a plot to steal the Crown Jewels of the United Kingdom. 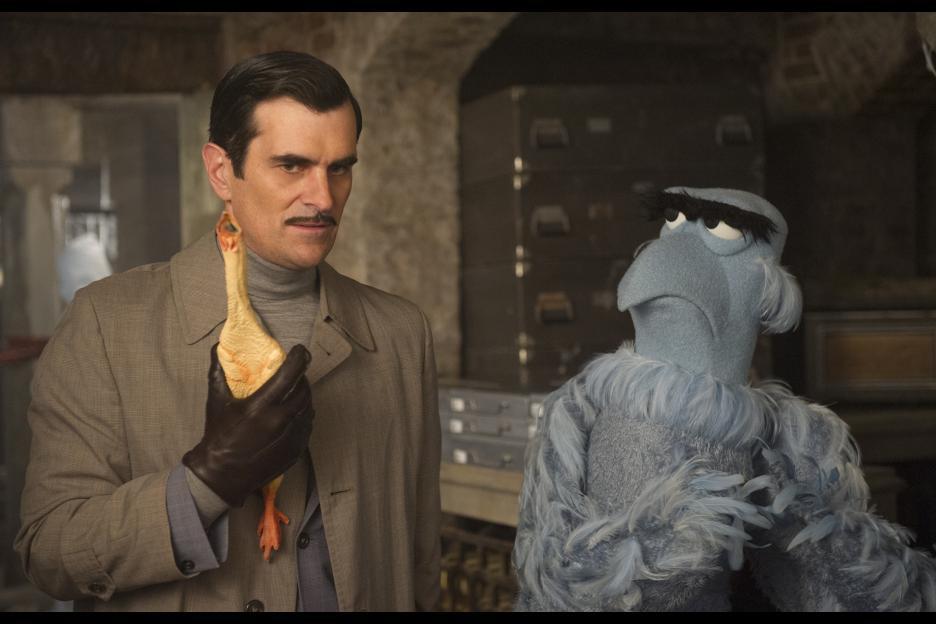 Once the Muppets arrive in Berlin, Germany, Dominic secures them a show at a prestigious venue. Frustrated with the group’s incessant requests and Miss Piggy’s insistence they marry, Kermit goes for a walk at Dominic’s suggestion. Constantine ambushes him and glues a fake mole onto his cheek then slips away. Mistaken for Constantine, Kermit is arrested and sent to the Gulag. Taking Kermit’s place, Constantine’s blunders in imitating him are covered by Dominic; however, Animal knows the truth. 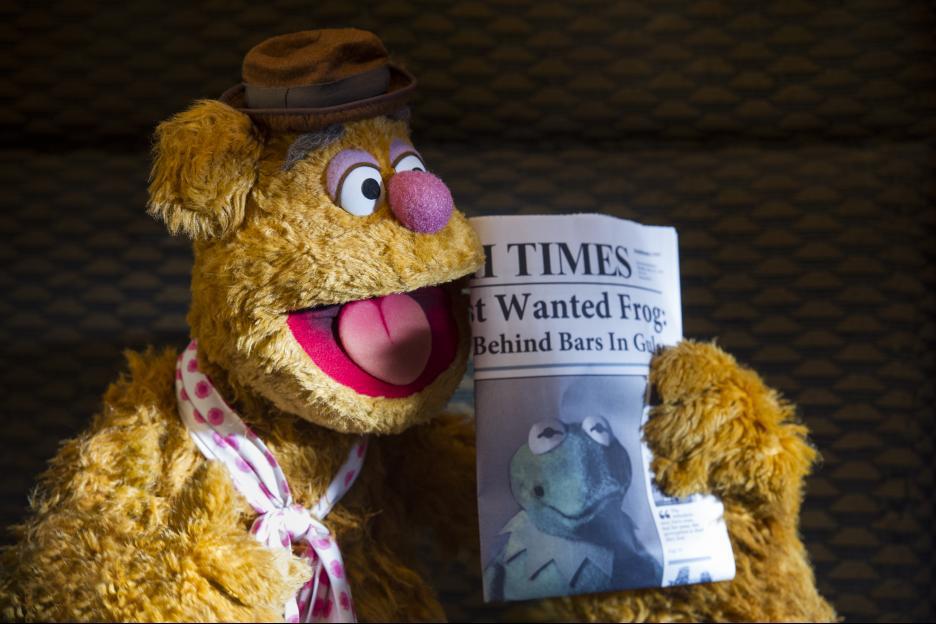 After the Berlin performance opens with Constantine freezing at the audience, Scooter has to introduce the show. Constantine and Dominic steal paintings from a museum while the Muppets perform. The next morning, Interpol agent Jean Pierre Napoleon and CIA agent Sam the Eagle grudgingly team up to apprehend the culprit whom Napoleon believes to be his nemesis “The Lemur” – the number-two criminal in the world. 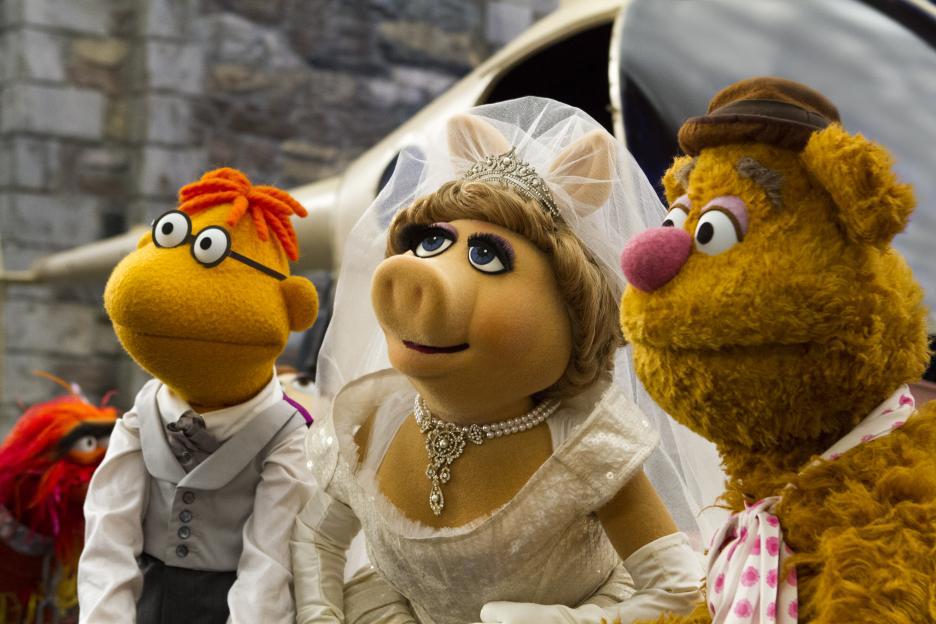 Meanwhile, Kermit has attempted several times to escape the Gulag but is thwarted each time by prison guard Nadya, who is not only aware of his true identity but is as infatuated with him as Miss Piggy is. Nadya orders Kermit to help organize the prisoners’ annual talent show. 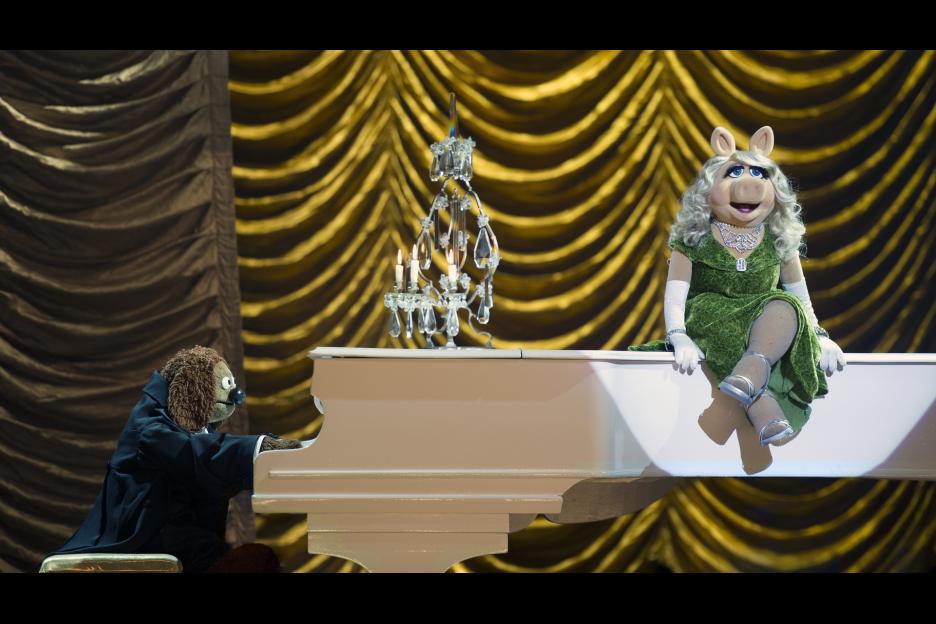 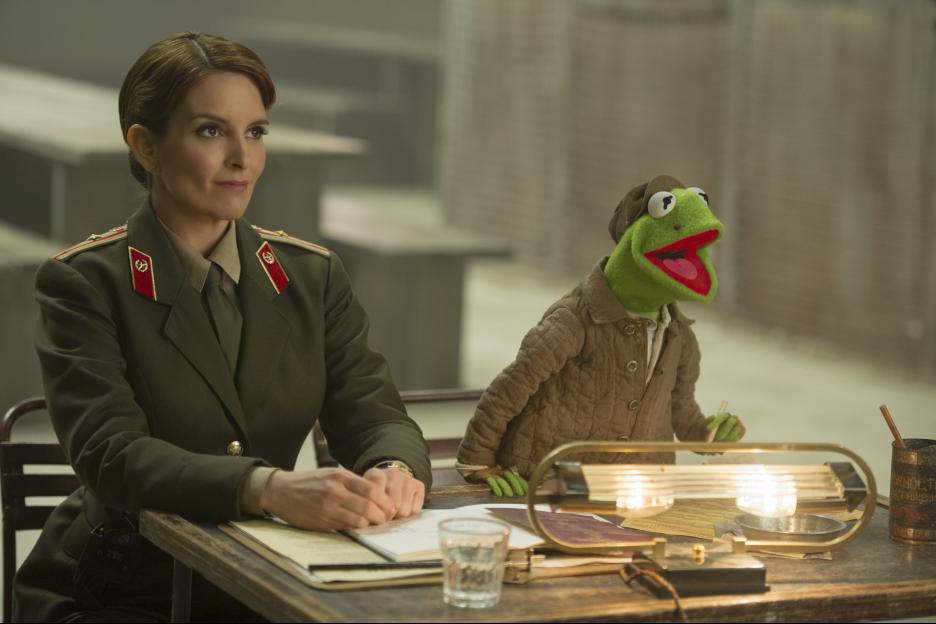 In Dublin, Walter discovers that Dominic has been giving away show tickets and bribing critics to ensure a packed house and rave reviews, while Fozzie Bear notices Kermit’s resemblance to Constantine. They both realize that Constantine has taken Kermit’s place and brought in Dominic as his accomplice. Constantine attacks Walter and Fozzie, but Animal fends him off and the three escape from the train to rescue Kermit. During the Dublin performance, Dominic steals a locket from a museum and Constantine proposes to Miss Piggy onstage; Piggy accepts, and the pair plan a ceremony to be held at the Tower of London in London, England, where the Crown Jewels are kept. 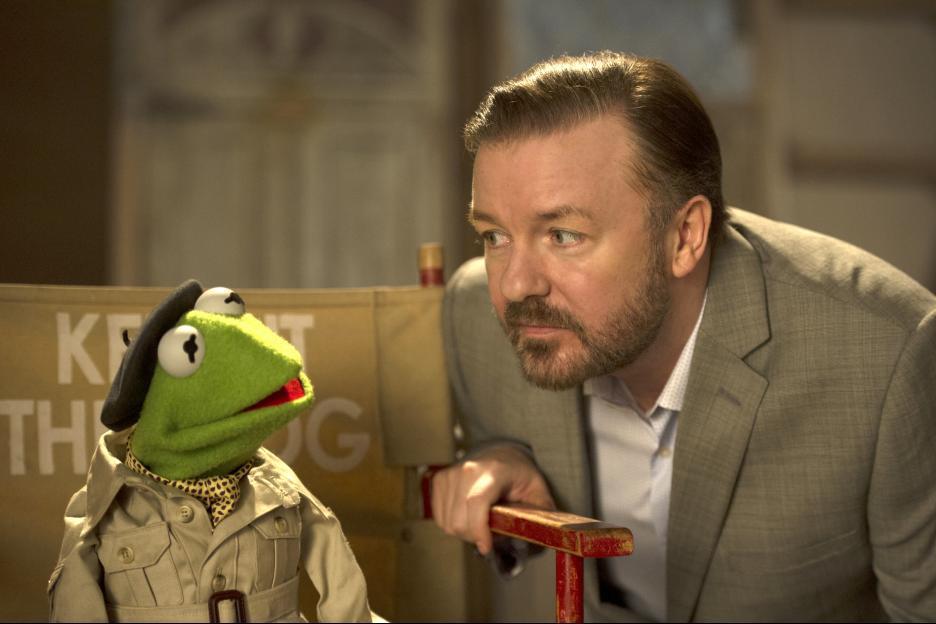 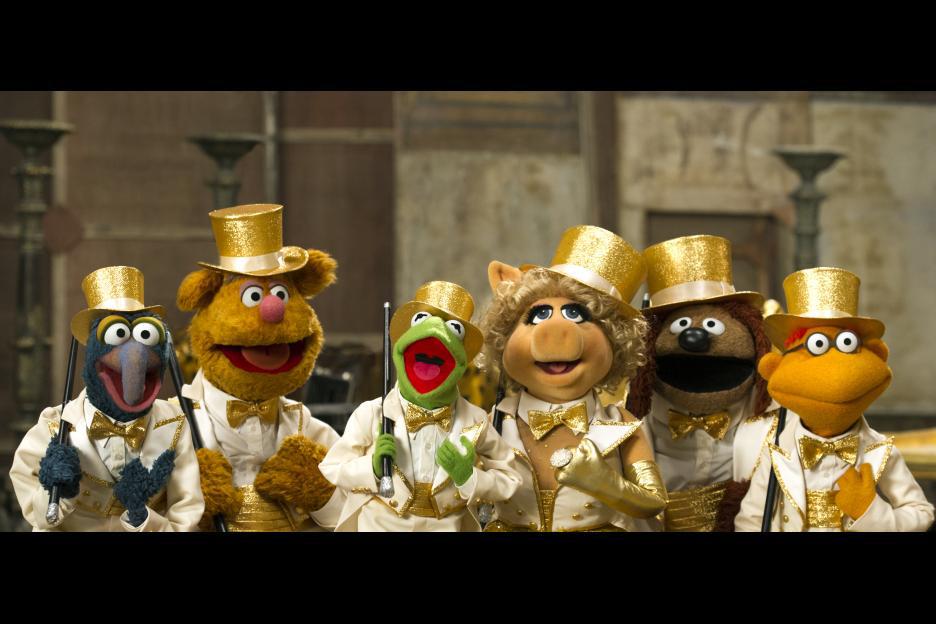 Kermit interrupts the ceremony, revealing Constantine’s ruse, but the crook takes Piggy hostage and flees to a helicopter, where he is intercepted by Dominic, who is actually the Lemur and intends to double-cross him. Constantine ejects him from the helicopter and tries to take off with Piggy, but Kermit jumps aboard and the rest of the Muppets climb atop each other to stop the escape. Kermit and Piggy knockout Constantine and both criminals are arrested. Nadya arrives in London to arrest Kermit for escaping. The other Muppets tell her that if she arrests him, then she will have to take all of them as well; she relents, allowing Kermit to go free. The Muppets perform at the Gulag with Constantine and the prisoners participating, ending the film.The heart and soul of the film is about the way the characters manage to bring a sense of togetherness and unity to the Muppets and how this unity brings joy to all those around. Throughout the film, Kermit manages to be a core reminder as to why The Muppets are generously wonderful creations for the world: the optimism, the kindness, the laughter: everything combines to form a strong impression that both children and adults can feel completely enamoured by. This is a film that is full of magic and it sits alongside The Muppets magnificently and is not to be missed.