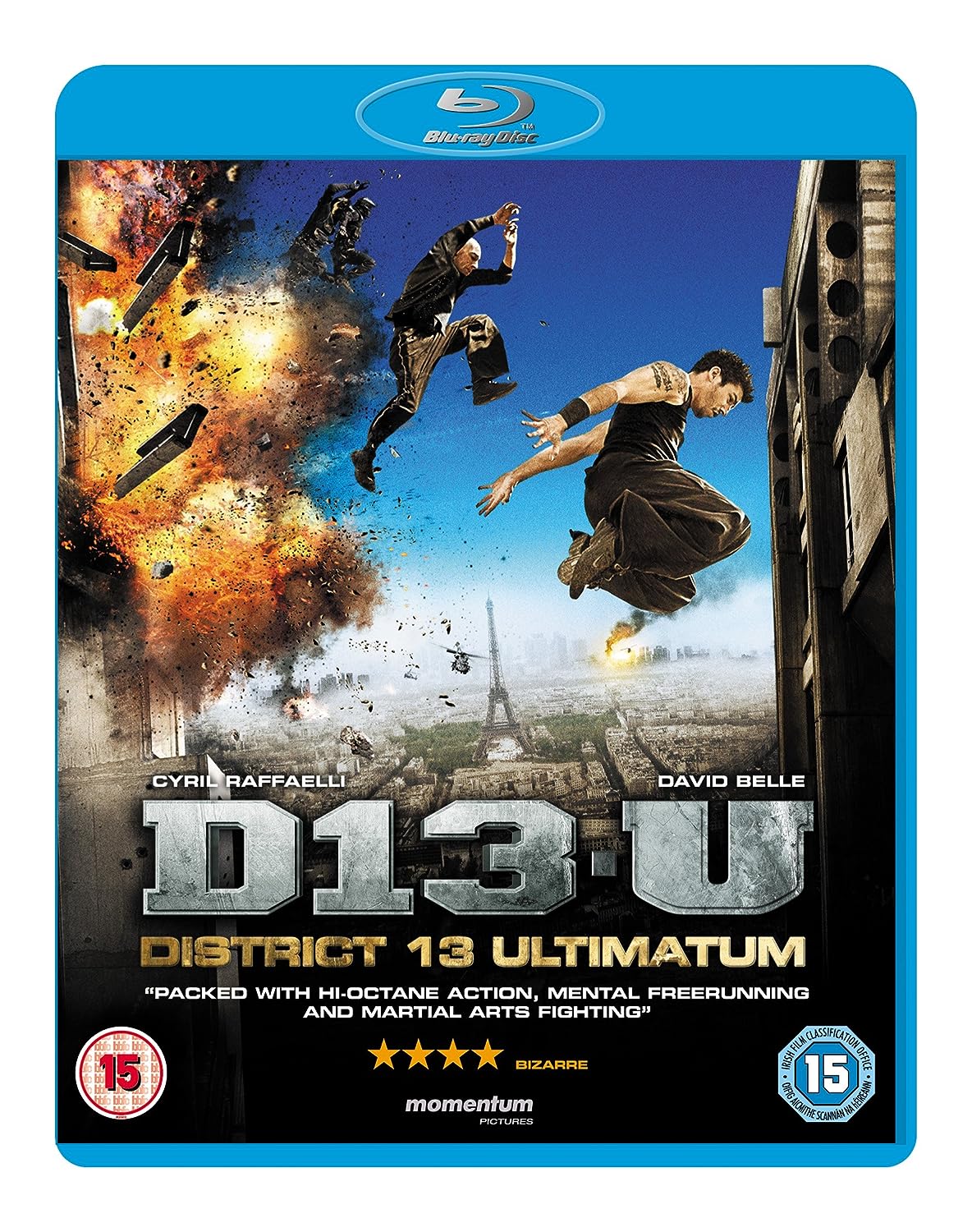 Three years after the events of the original film, the authorities are attempting to return law and order to ravaged District 13. However, their efforts so far have failed to do so. The death of gang overlord Taha Ben Mahmoud has left a power vacuum, and total control of the area is now being fought over by five rival territorial gang lords who want to step into Taha’s position. Leïto tries demolishing the walls surrounding the district on a daily basis, but is told to stop by African gang lord Molko, who sees the walls as protection from outside the district.

After single-handedly eliminating a major drug dealer, Damien is framed for drug dealing and arrested, but manages to make a brief call to Leïto to come rescue him. Meanwhile, corrupt government agents from the Department of Internal State Security (DISS), led by Gassman are bent on destroying the five tower blocks at the heart of District 13 with tactical precision bombing, and building luxury flats after the area is cleared. In order to spark conflict with the district’s gangs, the DISS shoot several policemen, dump their car in District 13, and prompt several gang members into gunning down the vehicle, making it look like the gang members killed the policemen. The footage of the incident convinces the French President to carry out the strike. However, the DISS were witnessed killing the policemen and filmed by a teenager named Samir and his friends. The DISS agents soon come after the teen to arrest him, but Samir manages to give his memory card to Leïto before being arrested. Leïto gets himself arrested in order to get into the prison. He then escapes the police and rescues Damien. After freeing Damien from his cell, they discuss the events (deducing that Damien was framed by DISS to keep him from finding out their plans during the crisis) and further plans, resolving to gather enough proof to expose the DISS agents. While Damien distracts the guards, Leïto breaks into Gassman’s office to steal his hard-drive for the evidence that they need. Once they escape and return to District 13, Damien and Leïto convince the five gang lords Tao, Molko, Little Montana, Karl the skinhead, and Ali-K to band together and prevent the destruction of the district. While the President struggles with the decision to destroy District 13, even with the area evacuated, a large number of gang members storm the French Parliament. They eventually reach the President and show him the information that they acquired, proving Gassman is a corrupt DISS agent. Gassman then takes the President hostage and tries to force him to approve the mass demolition. Leïto, Damien, and the gang lords succeed in freeing the President and incapacitating Gassman, earning the President’s thanks and a promise to fund District 13’s restoration.

With the conflict over and District 13 completely evacuated, the gang lords then decide that it would be better to rebuild District 13 anew rather than try to patch up its remnants. The movie ends with the President authorizing the strike, the District 13 buildings exploding and the president breathing a sigh of relief, stating that he needs a drink. At the credits, there is a short clip showing the President, the gang lords, Damien and Leïto all joking around and smoking cigars together.

You could say the French movie industry is a little overlooked, and to be fair the French are not known for their action movies, however D13: Ultimatum is a rare exception to the rule. It’s easily as addictive as Luc Besson’s Nikita, not quite so deep but incredibly compelling to watch. 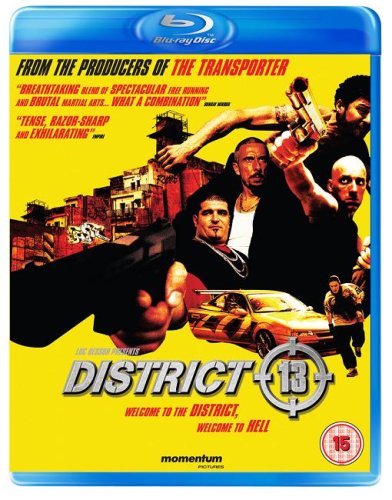 In 2010, social problems have overrun the poorer suburbs of Paris; especially Banlieue 13, commonly referred to as B13: a ghetto with a population of some two million. Unable to control B13, the authorities construct a high wall topped by barbed tape around the entire area, forcing the inhabitants within to survive without education, proper utilities or police protection behind the containment wall. Police checkpoints stop anybody going in or out. Three years later, the district has become overrun with gangs. Leïto (David Belle) is a fighter of such gangs. The beginning of the film depicts Leïto washing a case full of drugs down the drain, then escaping the gang who has come to collect the drugs. The gang’s leader, Taha, kidnaps Leïto’s sister Lola in retaliation; Leïto is able to rescue her and take Taha to the police station, but the police arrest Leïto and let Taha leave with Lola, stating that they’re leaving the district.

Six months later, in Paris, Damien—an undercover cop—completes a successful operation at a casino, and is immediately given a new assignment: Taha’s gang has taken a bomb from a nuclear transport vehicle and accidentally activated it, giving it 24 hours before it wipes out the district. Damien, posing as a prisoner, must infiltrate the district and disarm the bomb; he teams up with Leïto to do so. Leïto immediately sees through Damien’s cover, but the two reluctantly team up to save Leïto’s sister as well. The pair surrenders to Taha in order to gain access to his base, where they find the bomb has been set up on a missile launcher aimed at Paris, with Lola handcuffed to it. Taha demands a high ransom to deactivate the bomb; the government refuses, but after Damien gives them Taha’s bank account codes, they drain his funds. Damien and Leïto escape, while Taha is killed by his own men when they realize he will be unable to pay them. The much more benevolent K2 takes over and allows Damien and Leïto to stop the bomb.

After fighting their way to the building, Damien calls his contact to receive the deactivation code, but after recognizing certain symbols in the code, Leïto deduces that the government has set them up and the code will actually detonate the bomb instead of deactivating it. After Damien and Leïto fight, Lola is able to restrain Damien long enough for the timer on the bomb to run out. The bomb does not explode, proving Leïto right. The pair return to the government building with the bomb and use it to force the government agent to admit that he had planned to blow up B13 as a means to get rid of it, catching it on camera and broadcasting it on national TV. Soon the rest of the government promises to tear down the containment wall and bring back schools and police to B13. Leïto and Damien depart as friends, and Lola kisses Damien to encourage him to visit B13 in the future.

Brilliant. Action packed film. Best to watch it in French with English subtitles.