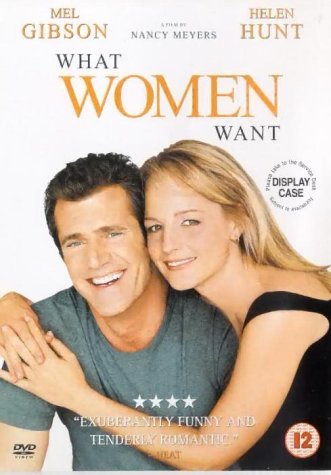 Nick Marshall, a Chicago advertising executive and alpha male, who grew up with his Las Vegas showgirl mother, is a chauvinist. He is skilled at selling to men and seducing women. Just as he thinks he’s headed for a promotion, his manager, Dan, informs him that he is hiring Darcy McGuire instead, to broaden the firm’s appeal to women. Also, his estranged 15-year-old daughter Alexis is spending two weeks with him while his ex-wife Gigi goes on her honeymoon with her new husband Ted. Alexis is embarrassed by Nick, and resents his being protective when he meets her boyfriend.

Desperate to prove himself to Darcy and Dan, Nick attempts to think of copy for a series of feminine products that Darcy distributed at the day’s staff meeting. He slips and falls into his bathtub while holding an electric hairdryer, shocking himself. The next day, Nick wakes up and comes to realize that he can hear the innermost thoughts of all women. This proves to be an epiphany for him as he realizes that most women, especially at work, dislike him and consider him to be sleazy. When he goes to his old divorce therapist, Dr. Perkins (who also disliked him), she realizes his gift and encourages him to learn to use it to his advantage.

Nick eavesdrops on Darcy and sabotages her ideas to use as his own. As he spends more time with Darcy, he realizes he is attracted to her. When he tries to get closer to his daughter, she resents him for trying after so many years of neglect. He is able to bond with her by helping her shop for a dress for a prom dance. Using his gift, Nick detects that her boyfriend, who is older than Alex, plans to sleep with her and then dump her, but she does not want Nick’s advice. 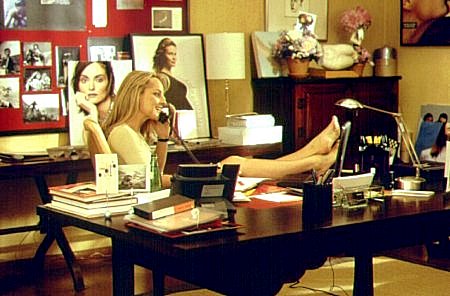 Nick and Darcy begin to spend more time together, and ultimately they kiss. When he manages to trump Darcy out of her idea for a new Nike ad campaign aimed at women, he later regrets his selfishness, especially as it leads to her being fired. Nick persuades his boss to give Darcy her job back by saying that it was all Darcy’s idea.

Nick’s mindreading talents gradually subside, and over time he rekindles some of his female acquaintance/ relationships. Nick loses his gift during a storm while trying to find a company secretary, Erin, who (telepathic ability revealed) is contemplating suicide. He stops her just in the nick of time and offers her a position for which she previously applied. When Alex’s boyfriend rejects her for refusing his sexual advances, Nick consoles her and is able to restore their relationship. Nick finally visits Darcy and explains everything. She forgives him and agrees to save him from himself, to which he responds “My hero.”

A Very enjoyable. It’s a bit of a laugh and a light hearted film. Great to relax and unwind with.