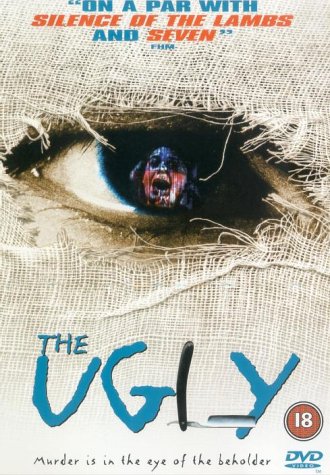 The Ugly” is a story set in a secure psychiatric unit in New Zealand. A psychologist arrives to give an external opinion on the case of a multiple murderer, being held under a cruel regime by an eccentric governor and his orderlies.

As the film progresses, it raises questions of how some people end up on the inside of the bars and other people on the outside. The two orderlies have little else to occupy their time but to practice their martial arts punches on their hooded captive. The governor is unwelcoming, eccentric and offensive and turns a blind eye to the abuses inflicted on the prisoner. The visiting psychologist, although initially apparently sympathetic to the situation of the inmate, herself behaves in a strangely cruel way. A young attractive woman, she dresses slightly provocatively although her charms do little to endear anyone towards her. Her own interview method itself begins with soft support but eventually becomes frustrated and aggressive. And the prisoner himself, who was driven to his crimes by seeing and hearing ghouls pressuring him to kill again, is desperate to help the psychologist in any way he can, if he can just be let out of his cuffs … just for a short time.

The whole atmosphere to this film is eerie and unusual. There only appear to be three institute staff, the two orderlies and the governor resident in the entire building. There also appears to be only one other patient, an unrestrained old lady with a pair of glasses that enable her to “see” her co-inmate’s ghouls.

The story of the inmate’s life and crimes is built up gradually and with good effect, the psychologist appearing with him in his memories as he relives what brought him to the institute. The pace of the film builds steadily, as questions are raised about just how much the governor knows … or can possibly see … regarding the supernatural ghouls that are plaguing their killer victim, and that the psychologist refuses to believe in.

The climax of the film is refreshingly dark and unusual, and overall “The Ugly”, whilst it may not be everyone’s cup of tea, certainly did it for me with its eerie stormy atmosphere, well acted weird characters, and the claustrophobic grimness of a bizarre reality within the walls of an isolated institute.

In 1950s Christchurch, New Zealand, a 14-year-old girl from a working-class family, Pauline Parker (Lynskey), befriends the more affluent English 15-year-old Juliet Hulme (Winslet) when Juliet transfers to Pauline’s school. They bond over a shared history of severe childhood disease and isolating hospitalizations, and over time develop an intense friendship. Pauline admires Juliet’s outspoken arrogance and beauty. Together they paint, write stories, make Plasticine figurines, and eventually create a fantasy kingdom called Borovnia. It is the setting of the adventure novels they write together, which they hope to have published and eventually made into films in Hollywood. Over time it begins to be as real to them as the real world. Pauline’s relationship with her mother, Honora, becomes increasingly hostile and the two fight constantly. This angry atmosphere is in contrast to the peaceful intellectual life Juliet shares with her family. Pauline spends most of her time at the Hulmes’, where she feels accepted. Juliet introduces Pauline to the idea of “the Fourth World”, a Heaven without Christians where music and art are celebrated. Juliet believes she will go there when she dies. Certain actors and musicians are “saints” in this afterlife.
During a day trip to Port Levy, Juliet’s parents announce that they are going away and plan to leave Juliet behind. Her fear of being left alone makes her hysterical, culminating in her first direct experience of the Fourth World, perceiving it as a land where all is beautiful and she is safe. She asks Pauline to come with her, and the world that Juliet sees becomes visible to Pauline, too. This is presented as a shared spiritual vision, a confirmation of their “Fourth World” belief, that influences the girls’ predominant reality and affects their perception of events in the everyday world. 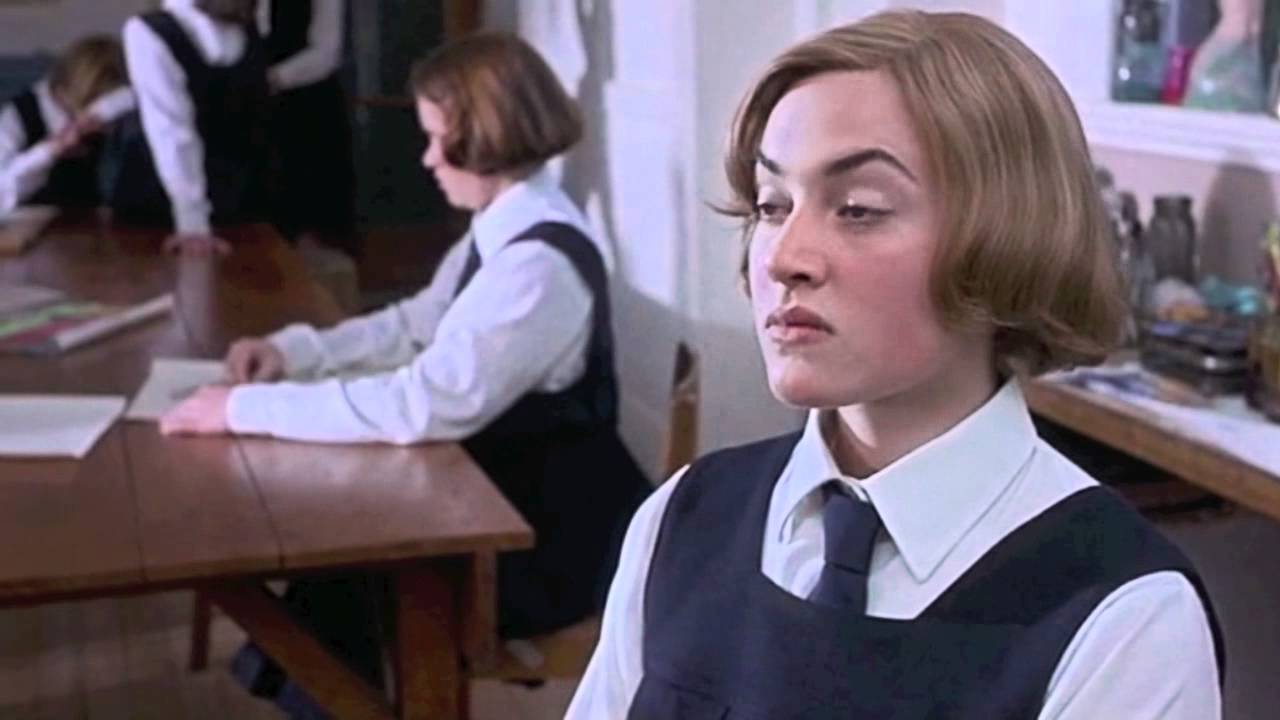 Juliet is diagnosed with tuberculosis and is sent to a clinic. Again her parents leave the country, leaving her alone and desperately missing Pauline. Pauline is desolate without her, and the two begin an intense correspondence, writing not only as themselves, but in the roles of the royal couple of Borovnia. During this time Pauline begins a sexual relationship with a lodger, which makes Juliet jealous. For both of them, their fantasy life becomes a useful escape when under stress in the real world, and the two engage in increasingly violent, even murderous, fantasies about people who oppress them. After four months, Juliet is released from the clinic and their relationship intensifies. Juliet’s father blames the intensity of the relationship on Pauline and speaks to her parents, who take her to a doctor. The doctor suspects that Pauline is homosexual, and considers this a cause of her increasing anger at her mother as well as her dramatic weight loss.

Juliet catches her mother having an affair with one of her psychiatric clients and threatens to tell her father, but her mother tells her he knows. Shortly afterward, the two announce their intention to divorce, upsetting Juliet. Soon it is decided that the family will leave Christchurch, with Juliet to be left with a relative in South Africa. She becomes increasingly hysterical at the thought of leaving Pauline, and the two girls plan to run away together. When that plan becomes impossible, the two begin to talk about murdering Pauline’s mother as they see her as the primary obstacle to their being together. As the date of Juliet’s departure nears, it is decided that the two girls should spend the last three weeks together at Juliet’s house. At the end of that time, Pauline returns home and the two finalize plans for the murder. Honora plans a day for the three of them at Victoria Park, and the girls decide this will be the day. Juliet puts a broken piece of brick into a stocking and they go off to the park. After having tea, the three walk down the path and when Honora bends over to pick up a pink charm the girls have put there, Juliet and Pauline bludgeon her to death.
In a postscript, it is revealed that the next day Pauline’s diary was found in which the plan for the murder had been outlined which led to Pauline and Juliet getting arrested. The two are tried, convicted, and sentenced to prison. It is a condition of their eventual release that they never meet again.
Peter Jackson starts the movie by emphasizing what a beautiful, peaceful country (via a cheesy 1950s documentary) New Zealand is. But beauty is not everything — fairy tales can become nightmares. Jackson doesn’t just show the audience what the two girls did, but showed why they did it. Even then, he doesn’t make excuses. At first the movie seems almost whimsical, with fairy tale figures coming to life, beautiful woodlands, and hillsides transforming into blooming gardens. Nobody except Peter Jackson could have pulled off the idea of including living clay figurines or four-foot-wide butterflies. Somehow it not only works, but adds to the surreality of the story. 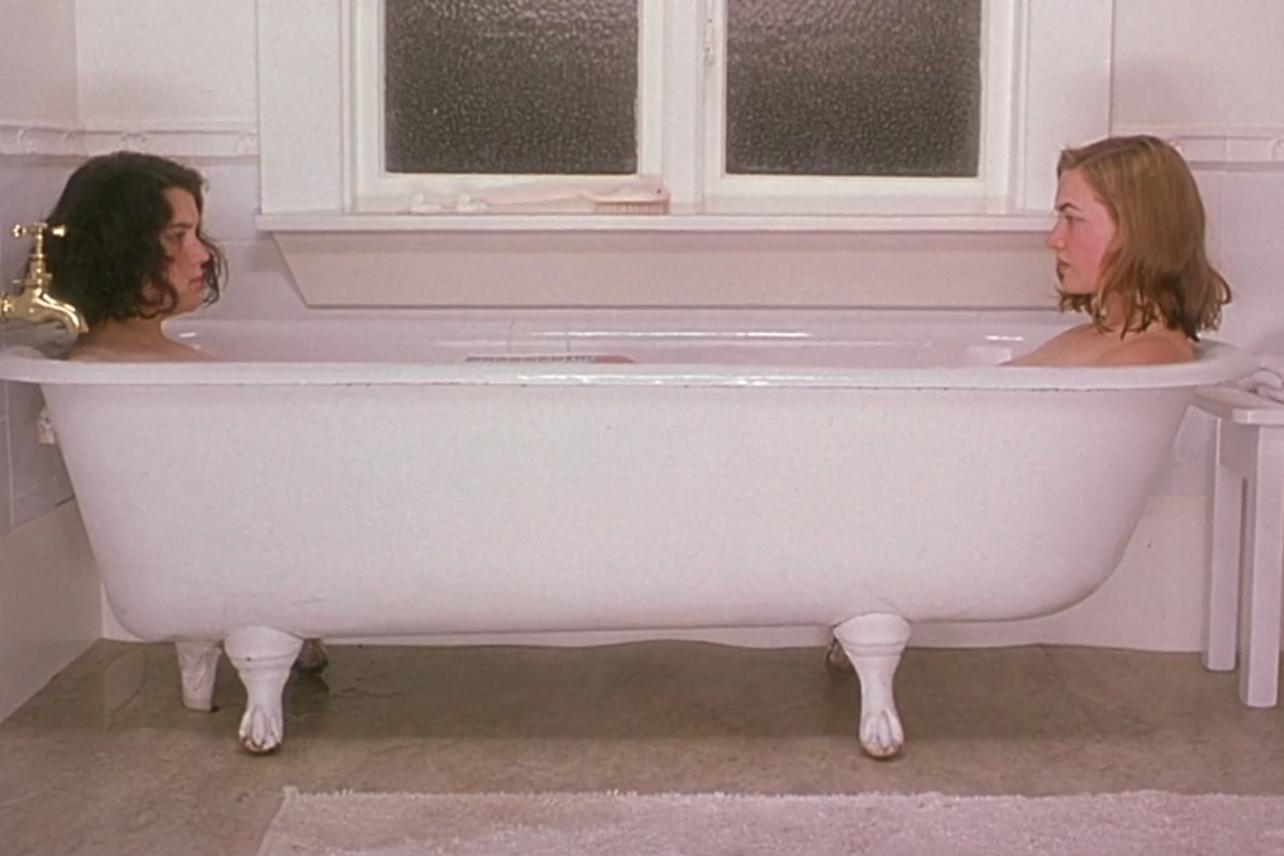 But as the girls go deeper into infatuated madness, Jackson warps the whimsical world around them. Settings get darker and more distorted, and the line between fantasy and reality is completely wiped out. The scripting keeps that creepiness going (“Our main idea for the day was to murder Mother. But the movie really centers around Melanie Lynskey and Kate Winslet, and these two carry the movie beautifully. Lynskey can switch in an instant from sullenness to smiles, naive girl to murderous woman. And the luminous Kate Winslet plays the devil-may-care Juliet, whose vivacity and charm overrule any of Pauline’s reservations. “It’s everyone else who’s bonkers!” she says gleefully when Pauline casts doubt on her own sanity. The most terrifying horror is the real kind — the kind that is in the human heart. With its brilliant direction and equally good acting, “Heavenly Creatures” is destined to be a modern classic.