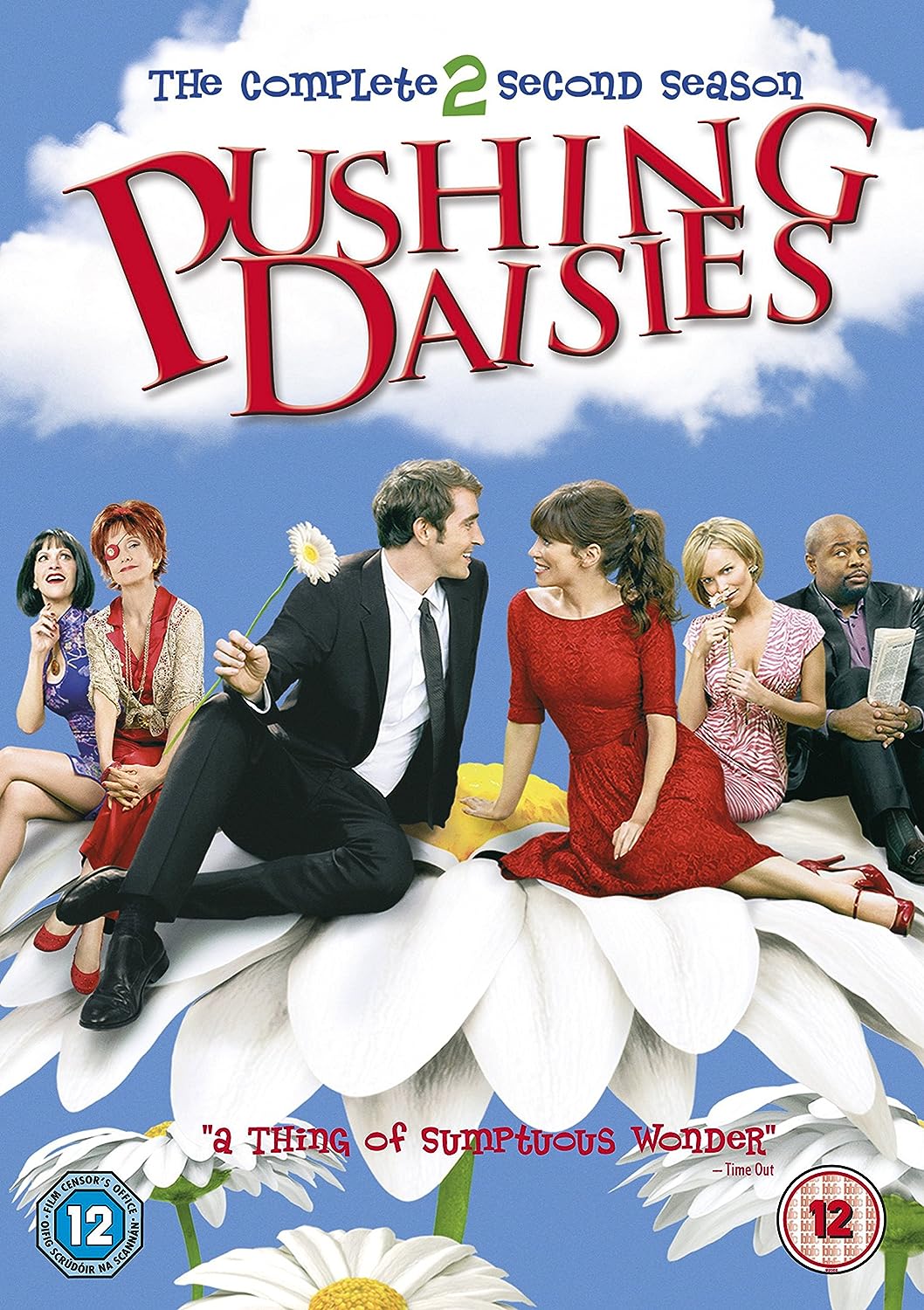 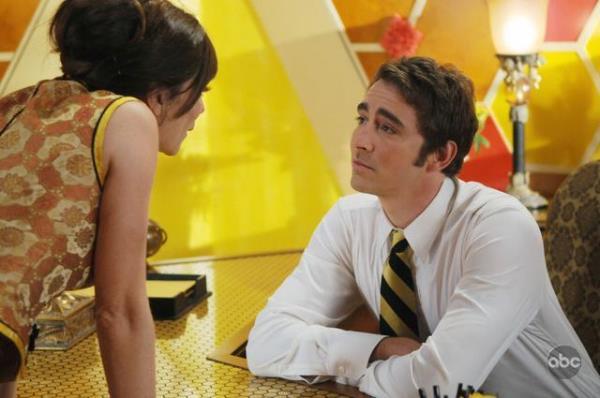 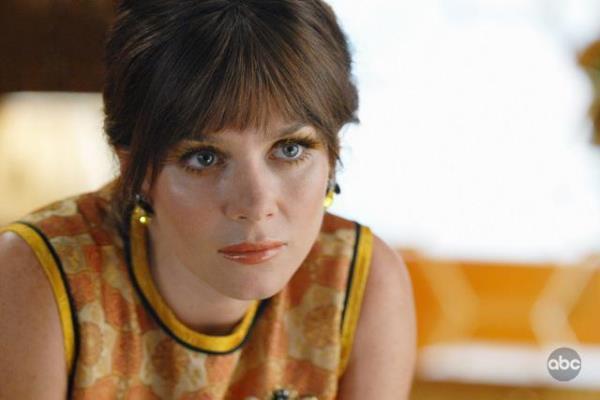 There’s no mistaking Pushing Daisies for any other show on TV. Every episode features new supporting characters, new locations and new mysteries, but all of them fit into creator Bryan Fuller’s whimsical, playfully sideways universe. The show bundles romance and comedy with tragic undertones, and flavors it with musical numbers, synchronized swimming routines, magic tricks and murder.The show’s second–and sadly abbreviated–season features 13 episodes, each loaded with more ideas than other series turn out in a full season. By the time you finish The Complete Second Season DVD set, you’ll have walked the hexagonal offices of a honey empire, covertly played poker using a Chinese restaurant’s elaborate code, walked through secret passageways in a nunnery and witnessed a traveling aquatics show that actually makes a traveling aquatics show seem appealing. 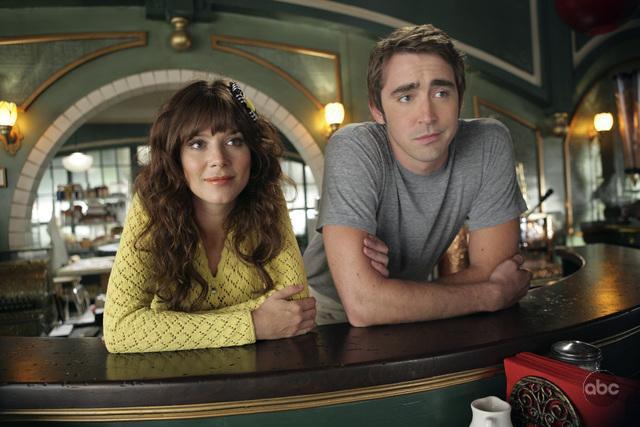 Lee Pace stars as The Pie Maker, aka Ned, who has a mysterious ability to bring the dead back to life by touching them. If he touches them again, they die. If he doesn’t return them to their eternal slumber within a minute, a life-form of equal size has to die in their place. In the pilot episode, he brought back the love of his life, his childhood friend Chuck (Anna Friel), damning the consequences. Now she lives with him in hiding near his the restaurant The Pie Hole, but they can never touch each other. 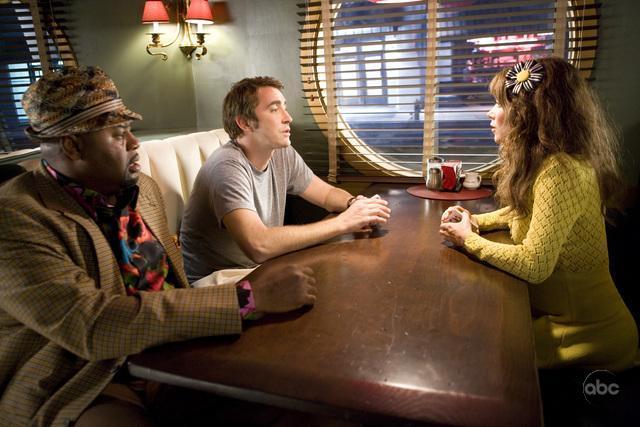 While owning, operating and baking for a pie shop would no doubt be a taxing full-time job, Ned has a secondary source of income that takes up most of the show’s time. He temporarily wakes the dead for Private Investigator Emerson Cod (Chi McBride) to uncover clues to murder mysteries. Of course, the victims–revived from a variety of comically gruesome deaths–never quite provide the information needed to easily solve the case, and Cod, Chuck, Ned and Olive (Kristin Chenoweth), the Pie Hole’s plucky waitress, have to fill in the blanks. The shows are generally based around one mystery, with overarching main threads stretch through the series. The writer’s strike owns much of the blame for the failure of Pushing Daisies, and for the relatively slow start to season two. The show was earning a respectable audience after its debut, but only produced nine episodes before pencils went down. ABC decided not to order any extra episodes after the strike, leaving the show off the air for nearly a year before. By the time it returned, it had lost much of its momentum, and failed to regain its audience, prompting a premature cancellation. 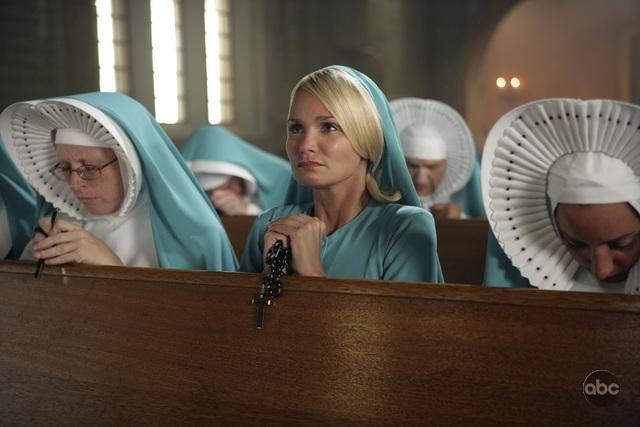 While the two shortened seasons combine to equal a full season’s worth of episodes, both feel fragmented. It’s apparent that the writers felt the need to reboot a bit and reiterate some points to ensure its audience was up to speed. And while the opening episodes of season two are entertaining, it takes about four episodes for the series to really start charging forward. Episode 5, “Dim Sum Lose Some” begins a fantastic five-episode arc involving Dwight, a sinister man played by Stephen Root with a friendly demeanor that makes his intentions all the more mysterious. Not just a great character in his own right, Dwight triggers an avalanche of story that leaves you longing for the next episode, even after no more are left. An old friend of Chuck and Ned’s fathers, Dwight wants to locate Ned’s, who abandoned The Pie Maker as a child and started a new family. Dwight’s prodding leads Ned to finally meet his twin half-brothers (Alex and Graham Miller), who were also abandoned by Ned’s father. The sixth episode, centering around the twins’ mentor’s magic show, is one of series’ funniest, and features memorable guest appearances by Paul F. Tomkins and Fred Willard. But the twins, along with many other characters, never reach their potential. Due to the show’s premature end, it’s inevitable that all the story threads don’t tie up satisfactorily. Indeed, the final episode essentially ends with a cliffhanger before it awkwardly segues into a quickie ending that was cobbled together in the editing room. It’s a shame too, as the long-term story had become quite promising, especially the intriguing hints about Ned’s father and developments surrounding Chuck’s dead father. Unfortunately, fans of the show will have to be happy with what they have. 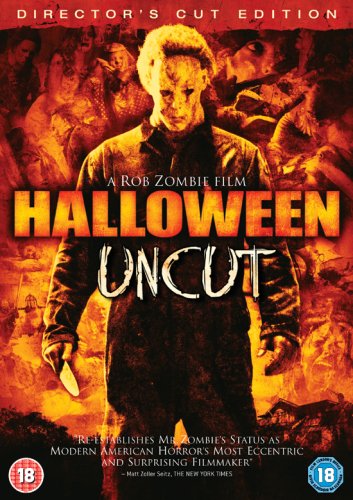 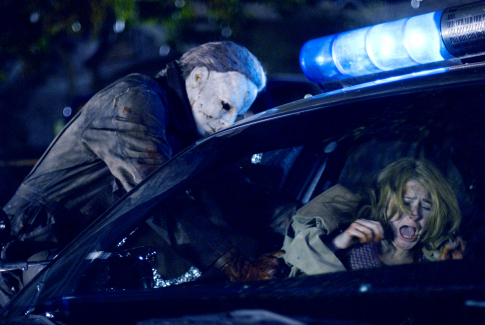 On Halloween in Haddonfield, Illinois, having already shown signs of psychopathic tendencies, 10-year-old Michael Myers (Daeg Faerch) murders a school bully. Later that night, he murders his older sister Judith (Hanna R. Hall), his mother’s abusive boyfriend Ronnie (William Forsythe), and Judith’s boyfriend Steve (Adam Weisman). Only his baby sister, Angel Myers, is spared. After one of the longest trials in the state’s history, Michael is found guilty of first degree murder and sent to Smith’s Grove — Warren County Sanitarium under the care of child psychologist Dr. Samuel Loomis (Malcolm McDowell). Michael initially cooperates with Dr. Loomis, claiming no memory of the killings; his mother, Deborah (Sheri Moon Zombie), visits him regularly. Michael becomes fixated on his papier-mâché masks, closing himself off from everyone, even his mother. When Michael kills a nurse as Deborah is leaving from one of her visits, she can no longer handle the situation and commits suicide. For the next fifteen years, Michael (Tyler Mane) continues making his masks and not speaking to anyone. Dr. Loomis, having continued to treat Michael over the years, attempts to move on with his life and closes Michael’s case. Later, while being prepared for transfer to maximum security, Michael escapes Smith’s Grove, killing the sanitarium employees and a truck driver for his overalls, and makes his way back to Haddonfield. On Halloween, Michael arrives at his now abandoned childhood home, where he recovers the kitchen knife and Halloween mask. 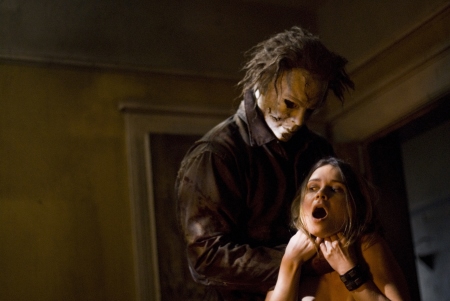 The story shifts to Laurie Strode (Scout Taylor-Compton), and her friends Annie Brackett (Danielle Harris) and Lynda Van Der Klok (Kristina Klebe) on Halloween. Throughout the day, Laurie witnesses Michael watching her from a distance. That night, she goes to babysit Tommy Doyle (Skyler Gisondo). Meanwhile, Lynda meets with her boyfriend Bob (Nick Mennell) at Michael’s childhood home. Michael appears, murders them, and then heads to the Strode home, where he murders Laurie’s parents, Mason (Pat Skipper) and Cynthia (Dee Wallace). Dr. Loomis, having been alerted of Michael’s escape, comes to Haddonfield looking for Michael. After obtaining a gun, Loomis attempts to warn Sheriff Brackett (Brad Dourif) that Michael has returned to Haddonfield. Brackett and Dr. Loomis head to the Strode home, with Brackett explaining along the way that Laurie is actually Michael’s sister Angel. 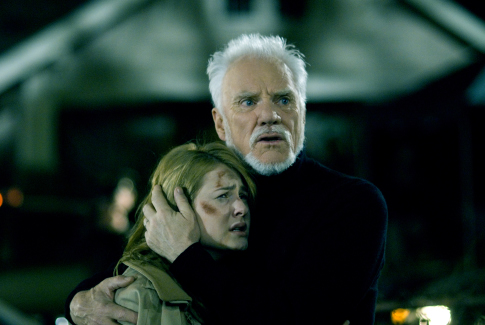 Meanwhile, Annie convinces Laurie to babysit Lindsey Wallace (Jenny Gregg Stewart), a girl Annie is supposed to be watching, so she can have sex with her boyfriend Paul (Max Van Ville). Annie and Paul return to the Wallace home and during sex, Michael kills Paul and attacks Annie. Bringing Lindsey home, Laurie finds Annie on the floor, bloodied but alive, and calls the police. She is attacked by Michael, who chases her back to the Doyle home. Sheriff Brackett and Loomis hear the call announced over the radio and head toward the Wallace residence. Meanwhile, Michael kidnaps Laurie and takes her back to his home. Michael approaches Laurie and tries to show her that she is his younger sister, presenting a picture of the two siblings with their mother. Unable to understand, Laurie grabs Michael’s knife and stabs him before escaping the house; Michael chases her, but is repeatedly shot by Dr. Loomis. 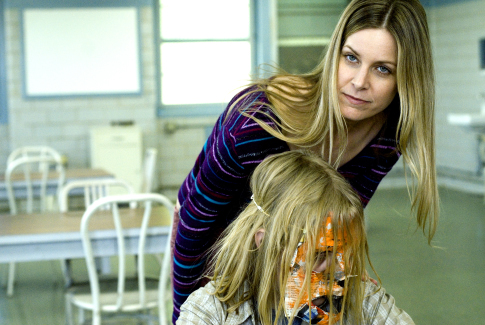 Laurie and Loomis are just about to leave when Michael grabs Laurie and heads back to the house. Loomis intervenes and tries to reason with Michael, but Michael attacks him by squeezing Loomis’s skull with his hands. Laurie takes Loomis’s gun and runs upstairs; she is chased by Michael, who, after cornering her on a balcony, charges her head-on, knocking both of them over the railing. Laurie finds herself on top of a bleeding Michael. Aiming Loomis’ gun at his face, she repeatedly pulls the trigger until the gun finally goes off just as Michael’s hand grips Laurie’s wrist. 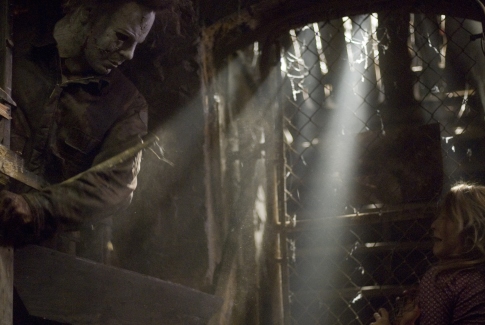