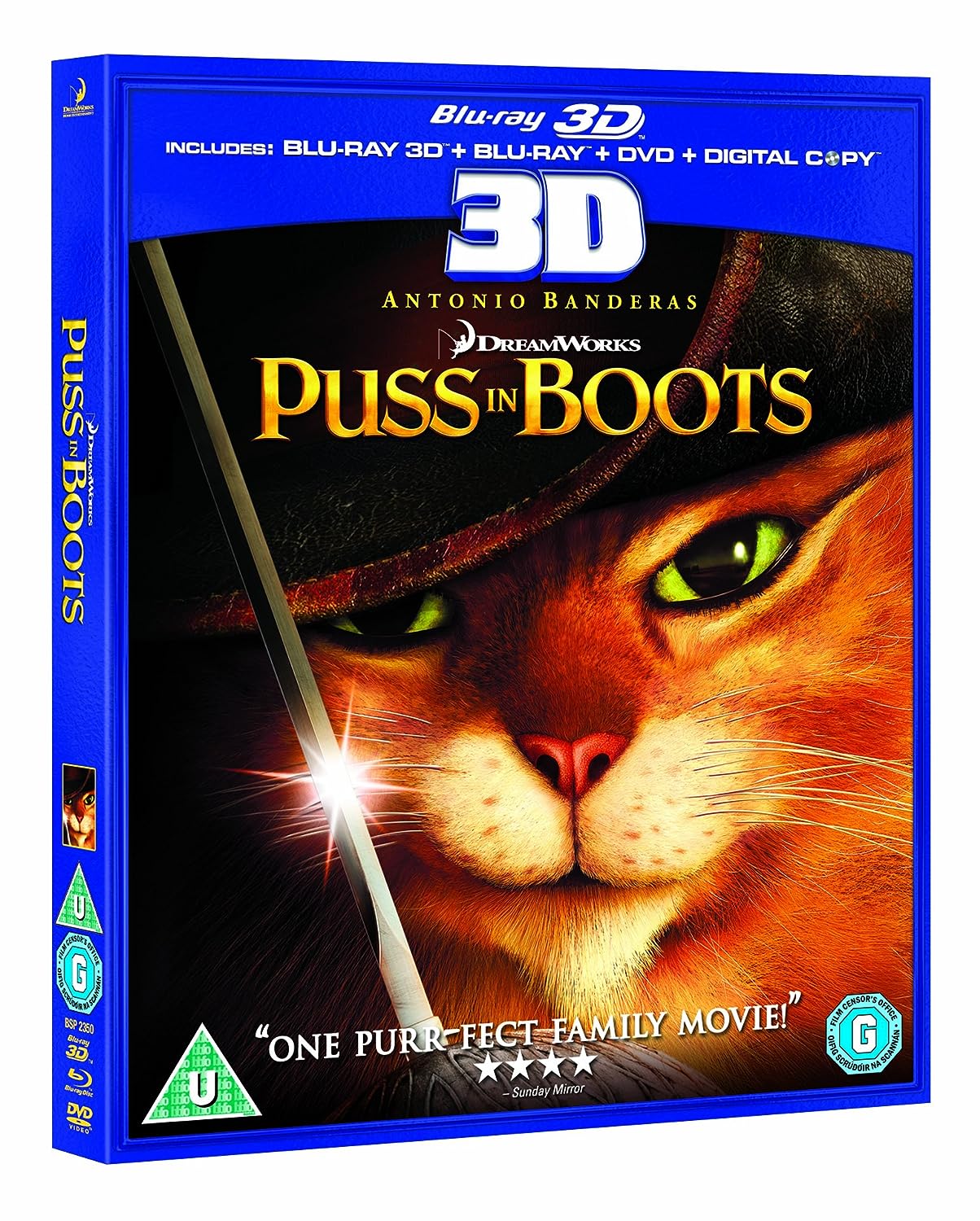 Puss in Boots (Antonio Banderas) is a talking cat named for his signature pair of boots. Puss is a fugitive on the run from the law, looking to restore his lost honor. He learns that the outlaw couple Jack (Billy Bob Thornton) and Jill (Amy Sedaris) have the magic beans he’s been looking for most of his life, which can lead him to a giant’s castle holding valuable golden goose eggs. When Puss tries to steal them from the outlaws’ room, a female cat named Kitty Softpaws interrupts, and both fail. Kitty is allied with Humpty Alexander Dumpty, a talking egg and Puss’ long-estranged childhood friend from the orphanage where he was raised. Puss tells Kitty his origin story and of his feelings of betrayal for a youthful misadventure when Humpty tricked Puss into helping commit a bank robbery in his hometown of San Ricardo; Puss has been on the run ever since. Humpty eventually convinces Puss to join them in finding the beans and retrieving the golden eggs.

The trio steal the beans from Jack and Jill and plant them in the desert. Puss and Kitty’s relationship becomes romantic. The trio ride the beanstalk into the clouds to find the castle of the late giant, while avoiding the Great Terror, a mysterious monster that guards the Golden Goose. When they realize the golden eggs are too heavy to carry, they steal the Goose, which is just a gosling, and escape the castle. While celebrating their victory, the group is ambushed by Jack and Jill, who knock Puss unconscious.

When Puss wakes up, he tracks Jack and Jill to San Ricardo where he learns the entire heist was a plot by Humpty to lure him home to be captured, as revenge for abandoning him to the authorities when Humpty’s youthful heist went bad. Jack, Jill, and Kitty were involved in the con. After pleas from Imelda, his adoptive mother, Puss turns himself in to the guards while Humpty donates many golden eggs to the town and becomes a hero.

Puss’ efforts to save San Ricardo make him a hero among the townspeople and Imelda. In the epilogue, Jack and Jill are recovering from their injuries, Humpty is shown once again in his regular egg form, wearing a golden egg suit, as he rides the Great Terror into the clouds, and Puss and Kitty kiss.

All in all a very enjoyable film and well worth the watch; definitely something adults and children can enjoy together and something that even adults will find reason to laugh out loud at.