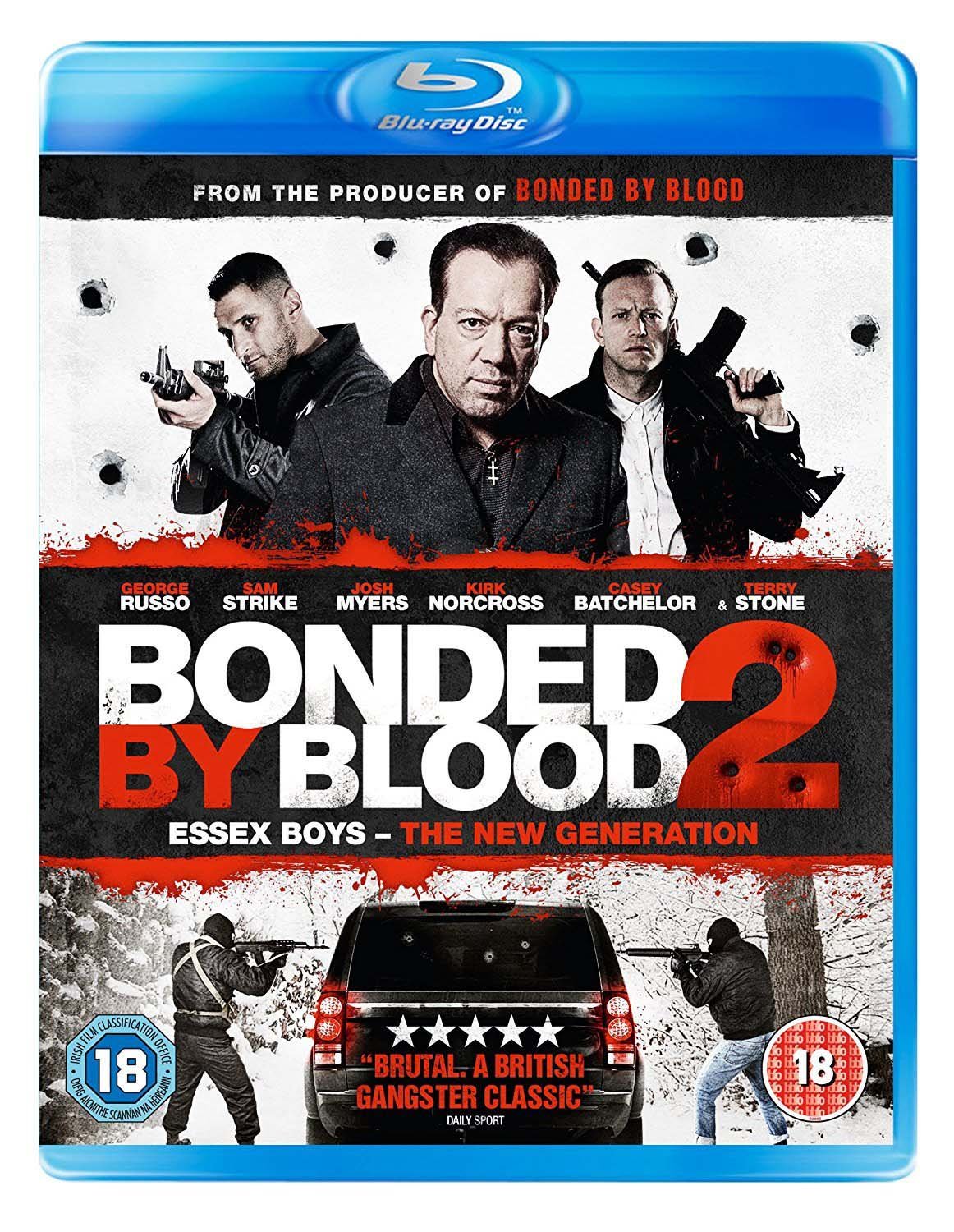 In the aftermath of the infamous ‘Essex Boys’ Range Rover killings, a group of younger, flashier criminals emerge to fill the power vacuum. 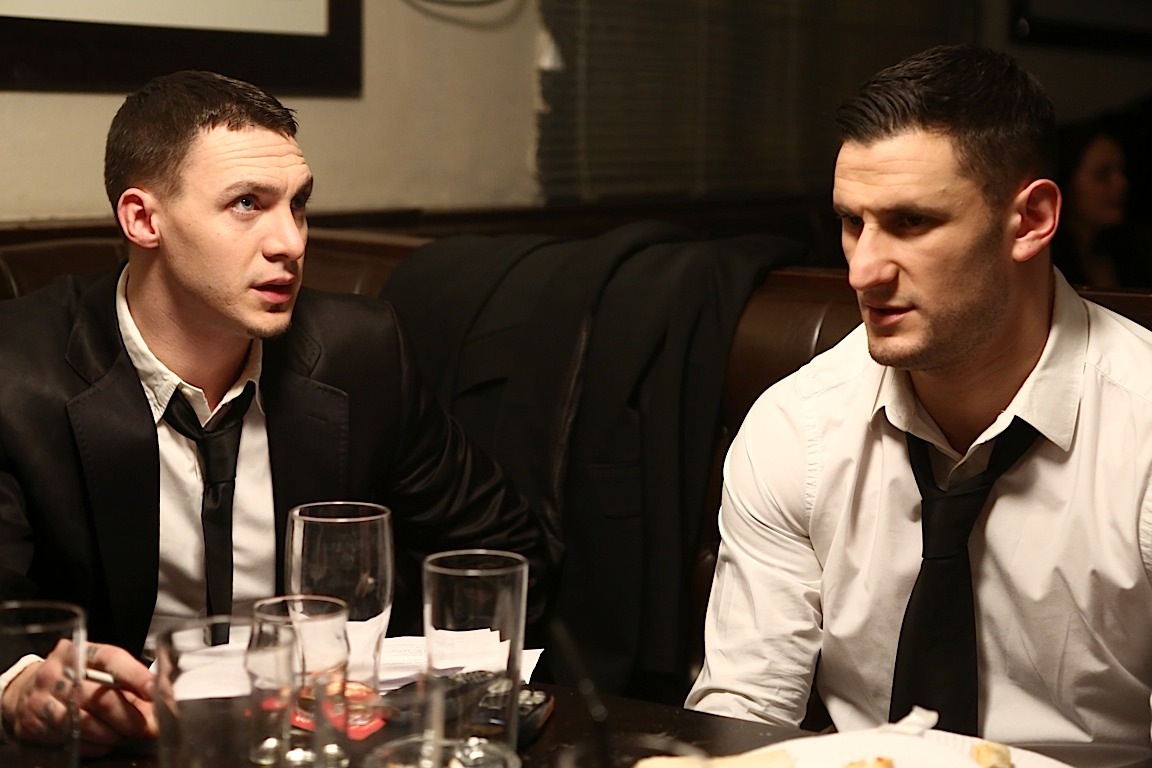 It’s mostly a gangster movie filled with people with bad temper. There aren’t much substances in it. When there was a sudden opportunity to become the most furious gang, everyone tried to prove that they are the toughest and merciless gang of all. 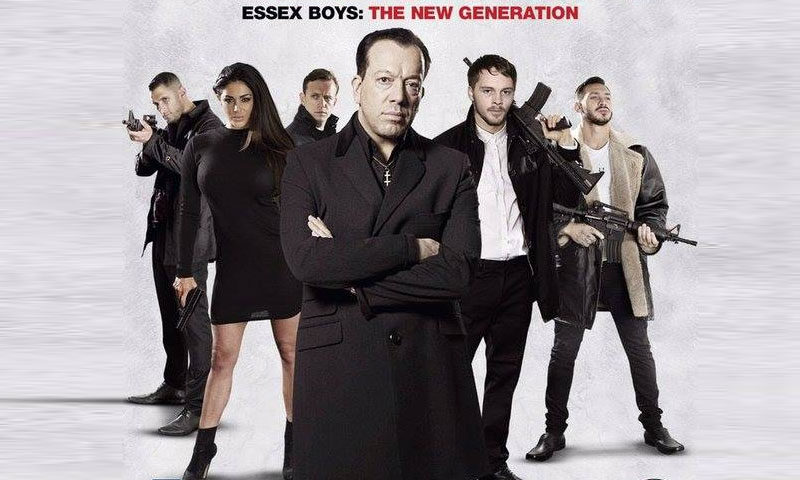 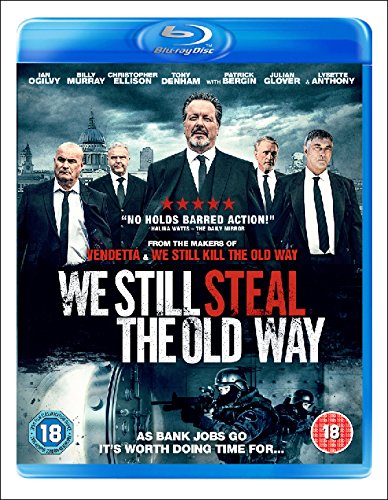 Richie Archer and his geriatric cronies amble gently back for an opportunistic sequel which looks to cash in on its moderately successful predecessor, but sadly co-writer (with Simon Cluett) and director Sacha Bennett make no attempt to add any flesh to its cardboard cut-out characters.   The title’s reference to stealing applies only to a fraction of the storyline, but presumably Bennett felt that We Still Break Old Lags Out of Prison the Old Way was too much of a mouthful.

We Still Kill the Old Way saw retired London gangster Archer (Ian Ogilvy – Witchfinder General) returning from retirement in Spain to seek revenge on the street gang that killed his brother, but this time Bennett tries to turn him into a modern-day Robin Hood intent on forcing a crooked banker to donate his ill-gotten gains to charity.   When the banker refuses, Archer, Roy (Christopher Ellison) and Butch (Tony Denham) raid his vaults but are caught red-handed and thrown into prison.   Don’t worry though, because it turns out the wily old foxes allowed themselves to be caught red-handed so that they would be banged up in the same prison as old lag George Briggs (Patrick Bergin) who they intend to break out for a reunion with his wife before she finally succumbs to Alzheimer’s.   Quite how they knew they would all be assigned to the same prison is never explain,.   Once inside, Archer finds his plans disrupted by old nemesis Vic Farrow (Billy Murray) who arranges to be transferred to the same prison so that he can have his revenge for a betrayal dating back thirty or more years.

While there was a certainly novelty value in We Still Kill the Old Way’s idea of a bunch of ageing old-timers polishing their vintage knuckledusters to mix it with Britain’s new brand of near-feral street gangs, this sequel mostly pitches gangsters of pensionable age against one another, and one has to wonder who the target audience is supposed to be.   Young men are hardly likely to be interested in a bunch issuing threats against one another for 90 minutes, while more mature audiences will see We Still Steal the Old Way as nothing more than the empty-headed DTV fodder that it undoubtedly is. 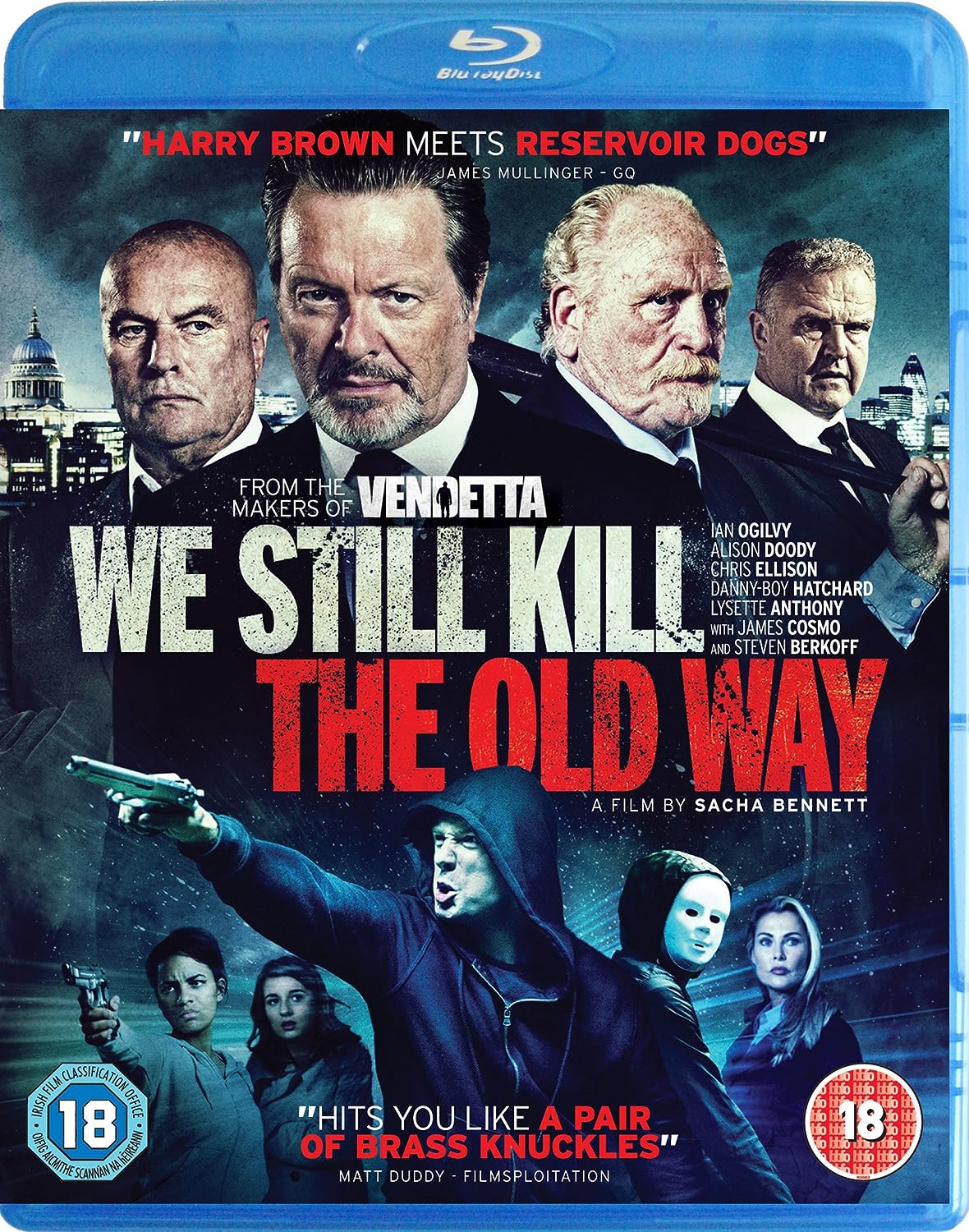 Brothers Ritchie and Charlie Archer (Ian Ogilvy and Steven Berkoff) are the last of the original hard men. The former east end gangsters ran organised crime in the east end in a similar vein to the Krays and have now retired. The world has changed and gone are the days of going into your local for a pint with the lads, only to be replaced with bistros where Charlie regales old friends with stories of the old days while Ritchie is settling into the quiet life in Spain. Charlie is still something of a hothead from his villain days and Ritchie, the more reasonable of the brothers, is trying to adapt to the quiet life of peace and sun whilst practicing safecracking as a hobby by the pool. The quiet life is shattered when just before Charlie is due to visit Ritchie in Spain, commits an act of decency by rescuing a young girl Lauren (Dani Dyer) from being gang raped. Charlie is brutally murdered by the biggest street gang in the area – the vicious E2 gang, who hold the neighbourhood in a chokehold of fear.

The E2 gang, led by Aaron (Danny-Boy Hatchard), have the run of the area and make sure people don’t talk. With youth, numbers and confidence on their side, they represent the threat of the future with uncontrollable urban violence.  Ritchie is contacted by an old friend, Lizzie Davis (Lysette Anthony) after she finds Charlie’s body and the police (led by DI Susan Taylor) don’t’ have enough to go after the E2 gang. Ritchie returns to East London to find so much has changed and the days of the old firms have been replaced by street gangs and teens; weaponising social media to chronicle their violent and destructive activities and to blackmail victims.Ritchie reunites his old firm consisting of Roy (Chris Ellison – The Bill) Arthur (James Cosmo – Game of Thrones) and aptly Butch – named for obvious reasons (Tony Denham of St George’s Day and The Football Factory) to execute a plan of vengeance against the teenage killers. Working against youth, numbers, confidence and social media, the old firm need to ‘box clever’ in order to get justice. London and gang culture have changed so Ritchie and the firm adapt, teaching the new kids that the classic methods of violence are still the best.

Showered final confrontation between Old School Cool and Street is something to watch but viewing these gentleman gangsters execute street justice is, rather than being seen as torturous, makes for strong social commentary about today’s escalating gang culture and civic duty (as unconventional as it may be) in protecting our neighbourhoods from being taken over by a swarms of gangs. We still Kill the Old Way is not your typical British gangster film for all the right reasons, it offers a powerhouse talent circle of British actors, a strong story with well constructed twists, solid, believable action with the right blend of comedic touches which create an enjoyable story for a British public to engage in but also to believe in.