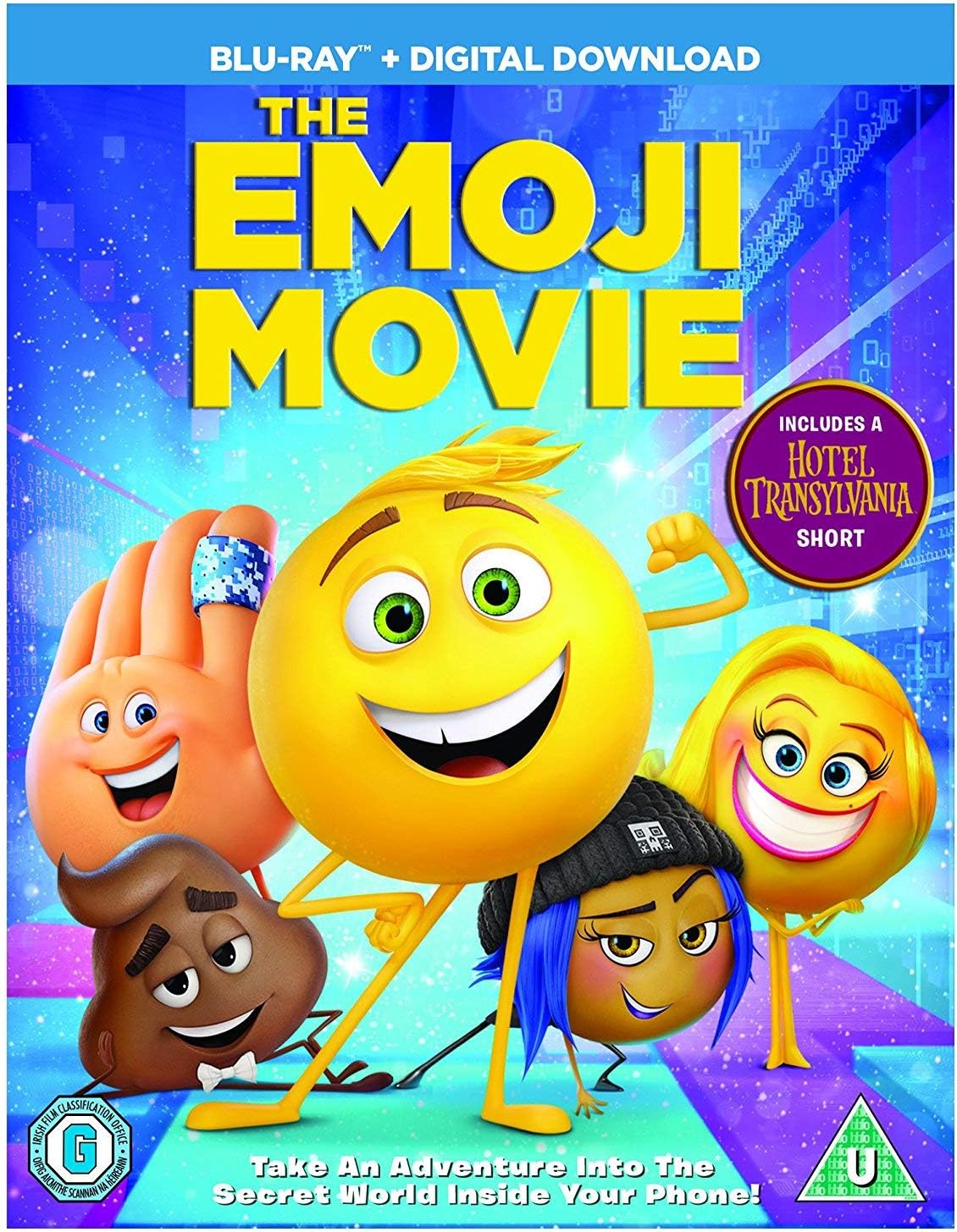 Gene is an emoji that lives in Textopolis, a digital city inside the phone of his user Alex. He is the son of two meh emojis named Mel and Mary, and is able to make multiple expressions despite his parents’ upbringing. His parents are hesitant of him going to work, but Gene insists so that he can feel useful. Upon receiving a text from his crush Addie, Alex decides to send her an emoji. When Gene is selected, he panics, makes a panicked expression, and wrecks the text center. Gene is called in by Smiler, a smiley emoji and leader of the text center, who concludes that Gene is a “malfunction” and therefore must be deleted. Gene is chased by bots, but is rescued by Hi-5, a once popular emoji who has since lost his fame due to lack of use. He tells Gene that he can be fixed if they find a hacker, and Hi-5 accompanies him so that he can reclaim his fame.Smiler sends more bots to look for Gene when she finds out that he has left Textopolis, as his actions have caused Alex to think that his phone needs to be fixed. Gene and Hi-5 come to a piracy app where they meet a hacker emoji named Jailbreak, who wants to reach Dropbox so that she can live in the cloud. The trio is attacked by Smiler’s bots, but manage to escape into the game Candy Crush. Jailbreak reveals that Gene can be fixed in the cloud, and the group goes off into the Just Dance app. While there, Jailbreak is revealed to be a princess emoji who fled home after tiring of being stereotyped. They are once again attacked by bots, and their actions cause Alex to delete the Just Dance app. Gene and Jailbreak escape, but Hi-5 is taken along with the app and ends up in the trash.Mel and Mary go searching for Gene and have a very lethargic argument. They make up in the Instagram app when Mel reveals that he, too, is a malfunction, explaining Gene’s behavior. While traveling through Spotify, Jailbreak admits that she likes Gene just the way he is, and that he should not be ashamed of his malfunction. The two start to fall in love and Gene silently debates his choice to change himself. They make it to the trash and rescue Hi-5, but are soon attacked by a bot upgraded with illegal malware. They evade it by entangling its arms and enter Dropbox, where they encounter a firewall. After many tries, the gang get past it with a password being Addie’s name and make it to the cloud, where Jailbreak prepares to reprogram Gene. Gene admits his feelings for Jailbreak, but she wishes to stick to her plan of venturing into the cloud, unintentionally causing Gene to revert to his apathetic programming out of heartbreak. Suddenly, the upgraded bot sneaks into the cloud and captures Gene, prompting Hi-5 and Jailbreak to go after him with a Twitter bird summoned by Jailbreak in her princess form. 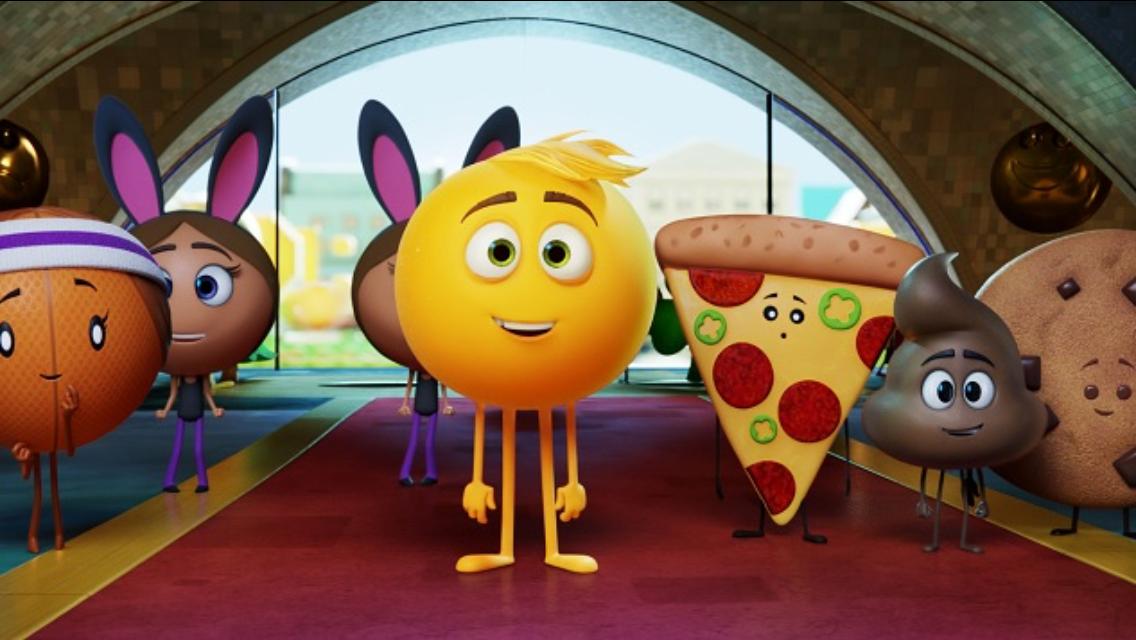 As Smiler prepares to delete Gene, Mel and Mary arrive. Mel reveals to everyone that he is also a malfunction, prompting Smiler to threaten deleting him as well. Jailbreak and Hi-5 arrive and disable the bot, which falls on top of Smiler. Alex has since taken his phone to a store in hopes that a factory reset performed by technical support would restore his phone’s functionality, which would entail total destruction of Gene’s world should such operation complete. Out of desperation, Gene prepares to have himself texted to Addie, making numerous faces to express himself. Realizing that Addie received a text from him, Alex cancels the factory reset just as it nearly finishes, saving the emoji and finally getting to speak with Addie, who likes the emoji Alex sent. Gene accepts himself for who he is and is celebrated by all of the emojis. In a mid-credits scene, Smiler has been relegated to the “loser lounge” with the other unused and forgotten emojis for her crimes, wearing numerous braces due to her teeth being cracked by the bot, and playing and losing a game of Go Fish.

I know it’s really fun to bash this movie, but speaking honestly, I have to say this movie was okay. The story is predictable, the twist was not surprising, the romance between Gene and Jailbreak felt forced, and I didn’t care for the humans, but the story at least had structure and competency, and was consistent. The majority of the humor is weak and immature, especially with the Poop Emoji. Some of the gags managed to make me chuckle, not laugh but I did find enjoyment. The animation is good, it’s colorful and energetic, and there are some creative scenes, even with the product placement scenes. However the designs of the Emojis are really, really simplistic and some are even creepy. The characters are not interesting. Gene is the same old “I wan’t to fit in” character, and the other characters are also the same old tropes as well. The characters also have their developments presented in the most generic way possible. The characters that stand out for me is the villain and Gene’s parents. Mostly because they supply the best comedy and the villain has an this crazy personality that kept me active. The Emoji Movie is a meh film that’s suited to entertain kids.