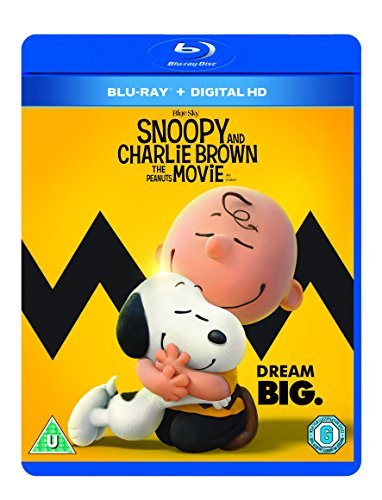 When the Little Red-Haired Girl moves into his neighborhood, Charlie Brown becomes infatuated with her, though worries his long-running streak of failures will prevent her from noticing him. After Lucy tells him he should try being more confident, Charlie Brown decides to embark upon a series of new activities in hope of finding one that will get the Little Red-Haired Girl to notice him. His first attempt is to participate in the school’s talent show with a magic act, helped by Snoopy and Woodstock. However, when Sally’s act goes wrong, Charlie Brown sacrifices his time for her, rescues his sister from being humiliated, and is humiliated himself in return. Attempting to impress the Little Red-Haired Girl with his dance skills, Charlie Brown signs up for the school dance and gets Snoopy to teach him all his best moves. At the dance, Charlie Brown attracts praise for his skills but slips and sets off the sprinkler system, causing the dance to be cut short and all the other students to look down upon him once more.

Charlie Brown is partnered with the Little Red-Haired Girl to write a book report. At first, he is excited to have a chance to be with her, but she is called away for a week to deal with a family illness, leaving Charlie Brown to write the report all by himself. Hoping to impress both the Little Red-Haired Girl and his teacher, Charlie Brown writes his report on the collegiate-level novel War and Peace. At the same time, Charlie Brown finds he is the only student to get a perfect score on a standardized test. His friends and the other students congratulate him, and his popularity begins to climb. When he goes to accept a medal at a school assembly, however, he learns the test papers are accidentally mixed up and the perfect score actually belongs to Peppermint Patty; Charlie Brown declines the medal, losing all his new-found popularity. His book report is destroyed by a Red Baron model plane, and he admits to the Little Red-Haired Girl he has caused them to both fail the assignment.

Before leaving school for the summer, Charlie Brown is surprised when the Little Red-Haired Girl chooses him for a pen pal. Linus convinces Charlie Brown he needs to tell the Little Red-Haired Girl how he feels about her before she leaves for the summer. Racing to her house, he discovers she is about to leave on a bus for summer camp. He tries to chase the bus but is prevented from reaching it. Just as he is about to give up, thinking the whole world is against him, Charlie Brown sees a kite fall from the Kite-Eating Tree. The string becomes entangled around his waist and sails away with him. Amazed to see Charlie Brown flying a kite, his friends follow.

Upon reaching the bus, Charlie Brown finally asks the Little Red-Haired Girl why she has chosen him in spite of his failures. The Little Red-Haired Girl explains she admires his selflessness and his determination and praises him as an honest, caring, and compassionate person. The two promise to write to one another; the other children congratulate him as a true friend and carry him off. In a subplot, after finding a typewriter in the school dumpster, Snoopy writes a novel about the World War I Flying Ace, trying to save Fifi from the Red Baron with Woodstock and his friends’ help, using the key events and situations surrounding Charlie Brown as inspiration to develop his story. He acts out his adventure physically, coming across Charlie Brown and the gang several times along the way. Snoopy defeats the Red Baron and rescues Fifi from an airplane. When Lucy finishes reading, she calls it the dumbest story she has ever read, so Snoopy throws the typewriter at her in retaliation and kisses her nose causing her to run away in disgust yelling that she has “dog germs”.

The Peanuts Movie is a blast of family entertainment in the young and old sense of the word, full of clever lines and visual-eye-pleasing slapstick and, (happy surprise) pathos.