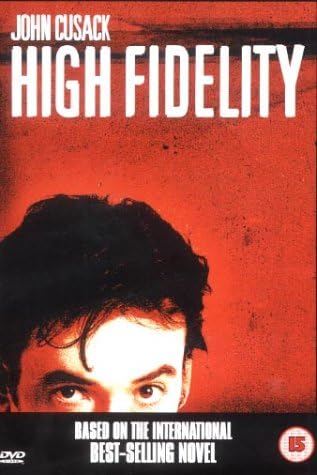 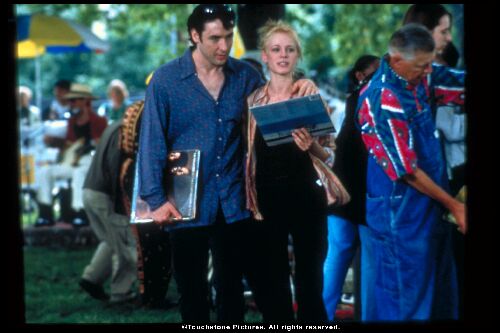 Rob Gordon is a music-loving man with a poor understanding of women. After being dumped by his long-term girlfriend, Laura, he tries to understand how he failed in his relationships by seeking out his old partners. By day, he works at his record store, Championship Vinyl, where customers drift through. He and his employees Dick and Barry, armed with an encyclopedic knowledge of all things musical, compile “Top 5” lists for every conceivable occasion, openly mock the tastes of their customers, and sell a few records. 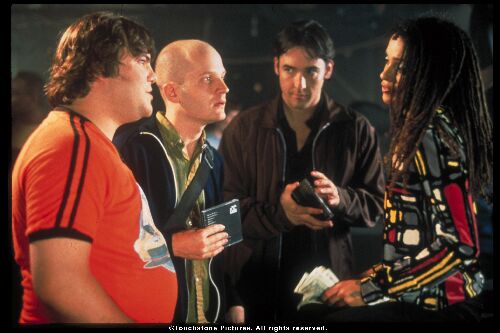 Two shoplifting, skateboarding teenagers, Vince and Justin, are an annoyance to them until Rob listens to a recording that they made as The Kinky Wizards. He offers them a record deal, the first under his own label, Top 5 Records. During his off-hours, he pines for Laura and tries to win her back. Laura’s father, who liked Rob, dies. Rob attends his funeral with Laura. Shortly after the reception, Rob realizes he has always had one foot out of the door and never committed to her — and in doing so, neglected his own future. They resume living together. He meets a music columnist and develops a crush, but wonders while making a mixtape for her if he would always be jumping from rock to rock. 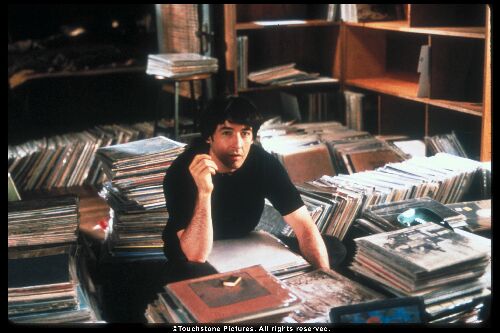 Rob tells Laura that other men and women are just fantasies, Laura is reality, and he never tires of her. He proposes marriage; she thanks him for asking. She arranges for him to revisit his former love of dee-jaying. At the celebration of the newly released single by Vince and Justin, where Barry’s band Sonic Death Monkey plays “Let’s Get It On”, Rob is surprised that Barry’s band is not a disaster. Rob makes a mixtape for Laura and feels he has finally learned how to make her happy.

As with Grosse Point Blank, another Cusack/Pink production, sound tracking is everything, and naturally given the setting of the story there is an abundance of classic tunes to delight in. All told it’s a special movie, for all sexes and for all music lovers, but especially for anyone who has had relationship problems. 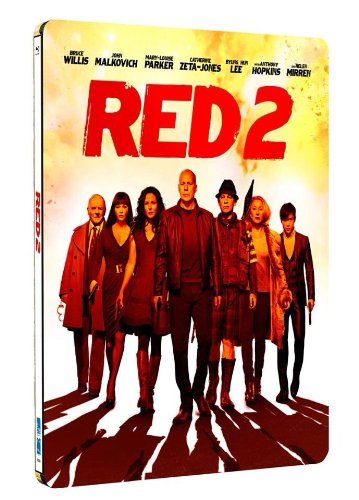 Private investigator Gus Petch (Cedric the Entertainer) is tailing the wealthy and married Rex Rexroth (Edward Herrmann) on a drunken night out with a blonde. When they stop at a motel, Gus bursts in and tapes them with a video camera. He takes the evidence of infidelity to Rex’s wife, Marylin Rexroth (Catherine Zeta-Jones), whose primary motivation is obtaining wealth and independence via divorce. Rex hires Miles, and Marylin’s friend, a serial divorcée named Sarah Sorkin (Julia Duffy), warns Marilyn that Miles will be a dangerous opponent.

Marylin and her lawyer, Freddy Bender (Richard Jenkins), fail to reach an agreement with Miles and Rex. Bored Miles asks the fascinating Marylin to dinner, where they flirt. The next day he is able to find a witness with his assistant’s help to expose her. In court, Marylin feigns an emotional breakdown over Rex’s apparent cheating on her. However, Miles isn’t fooled by this and gets the Baron Krauss von Espy (Jonathan Hadary) to testify that she had asked him to arrange a marriage to a man who was very rich, easily manipulated, and likely to be unfaithful, proving that Marylin’s testimony was indeed a lie. Marylin winds up with nothing, and Miles’s aged boss, Herb Myerson (Tom Aldredge), congratulates him.

Marylin wants revenge, and finds broke soap-producer Donaly living on the street, still clutching his Emmy statuette. She offers him a chance to reclaim his lost glory if he helps her. Donaly agrees and they begin their revenge on Miles. Soon after, Marylin shows up at Miles’s office with a person she says is her new fiancé, supposedly an oil millionaire named Howard D. Doyle (Billy Bob Thornton). Marylin insists on the Massey prenup, but Miles sees Howard destroy it during the wedding, in a demonstration of love.
Visiting Las Vegas to give the keynote address at a convention for divorce attorneys, Miles bumps into Marylin, who says she is now disenchanted with her wealthy but lonely life, having divorced Howard and received the vast Doyle Oil fortune. Miles is thrilled, and they marry on the spur of the moment. He signs the Massey prenup, but she tears it up. The next morning a disheveled Miles announces at the convention that love is the most important thing, and that he is abandoning divorce suits in favor of pro-bono work. Then Miles discovers that “Howard D. Doyle” was just an actor from one of Donaly’s soap operas. Marylin has tricked him, and now his wealth is at risk. Miles’ boss demands that something be done to save the firm’s reputation, and suggests the hitman “Wheezy Joe” (Irwin Keyes), whom Miles hires to kill Marilyn. Miles then learns that Marylin’s ex-husband Rex has died without changing his will, leaving her millions. Miles rushes to save his wife from the hitman, but Marilyn has already agreed to pay him double to kill Miles instead. There is a struggle and in the confusion Wheezy Joe mistakes his gun for his asthma inhaler, and kills himself.
Later, Miles, Marylin and their lawyers meet to negotiate a divorce. Miles pleads for a second chance and retroactively signs a Massey prenup. She tears it up, and they kiss. Marylin then tells Miles that to get Donaly’s help for supplying Doyle, she suggested an idea to him for a TV show: Gus Petch becomes the host of a big hit, America’s Funniest Divorce Videos.
As entertainment goes this film was laugh out loud at points all the way through. It has a good pace and never drags, and it was visually interesting, unpredictable and clever.

Scripted by Stephen Gaghan, Traffic is adapted from the famous British miniseries Traffik and takes a hard look at the illegal drug trade from multiple perspectives. All sides of the issue are explored via a series of intersecting storylines. On the front lines, a Mexican cop (Benicio Del Toro) witnesses the rampant government corruption that facilitates the smuggling of drugs across the U.S. border. In the halls of American power, a politically ambitious judge (Michael Douglas) is picked as the new Drug Tsar and quickly runs into obstacles implementing new policies.

In fact, even the judge’s own daughter (Erika Christensen) and her privileged rich kid friends experiment with freebasing and begin the downward spiral of addiction. In the netherworld between these two extremes, a DEA agent (Don Cheadle) in California attempts to take down a drug running ring but finds the effort futile; even if he succeeds all he’s done is clear the way for new competition to move in. Meanwhile, a society wife (Catherine Zeta-Jones) whose husband is indicted on trafficking charges is forced into taking over his smuggling racket to pay their debts and protect her family.

The movie has a huge cast of other recognizable faces (Dennis Quaid, Albert Finney, Luis Guzman, Amy Irving, and Miguel Ferrer among others), but it’s Del Toro who stands out in a star-making turn; he won the Oscar for Best Supporting Actor but actually carries a big chunk of the movie and proves he can be an effective leading man. The story has an ambitious reach and a complicated structure. Soderbergh juggles all these elements with masterful control, maintaining a steady tone that emphasizes the tragedy of the situation without overstepping into preachiness, overwrought theatrics, or heavy-handed sermonizing. The movie asks many questions but is frank that it can deliver no answers. It takes no political stance either for or against our government’s policies other than to point out that they clearly aren’t working. The war on drugs is a self-generating, never-ending cycle of corruption, hypocrisy, and hopelessness with seemingly no possible solution.