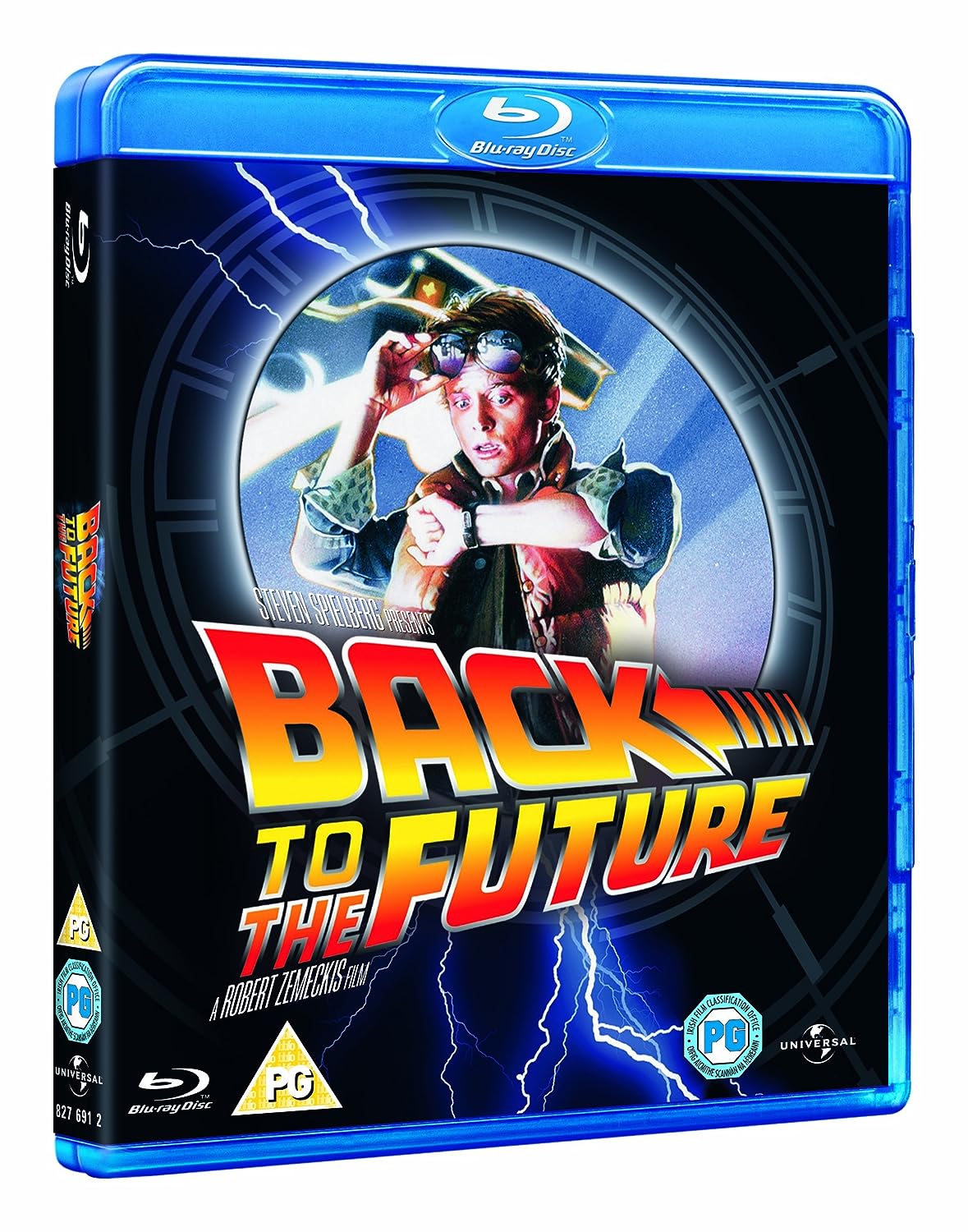 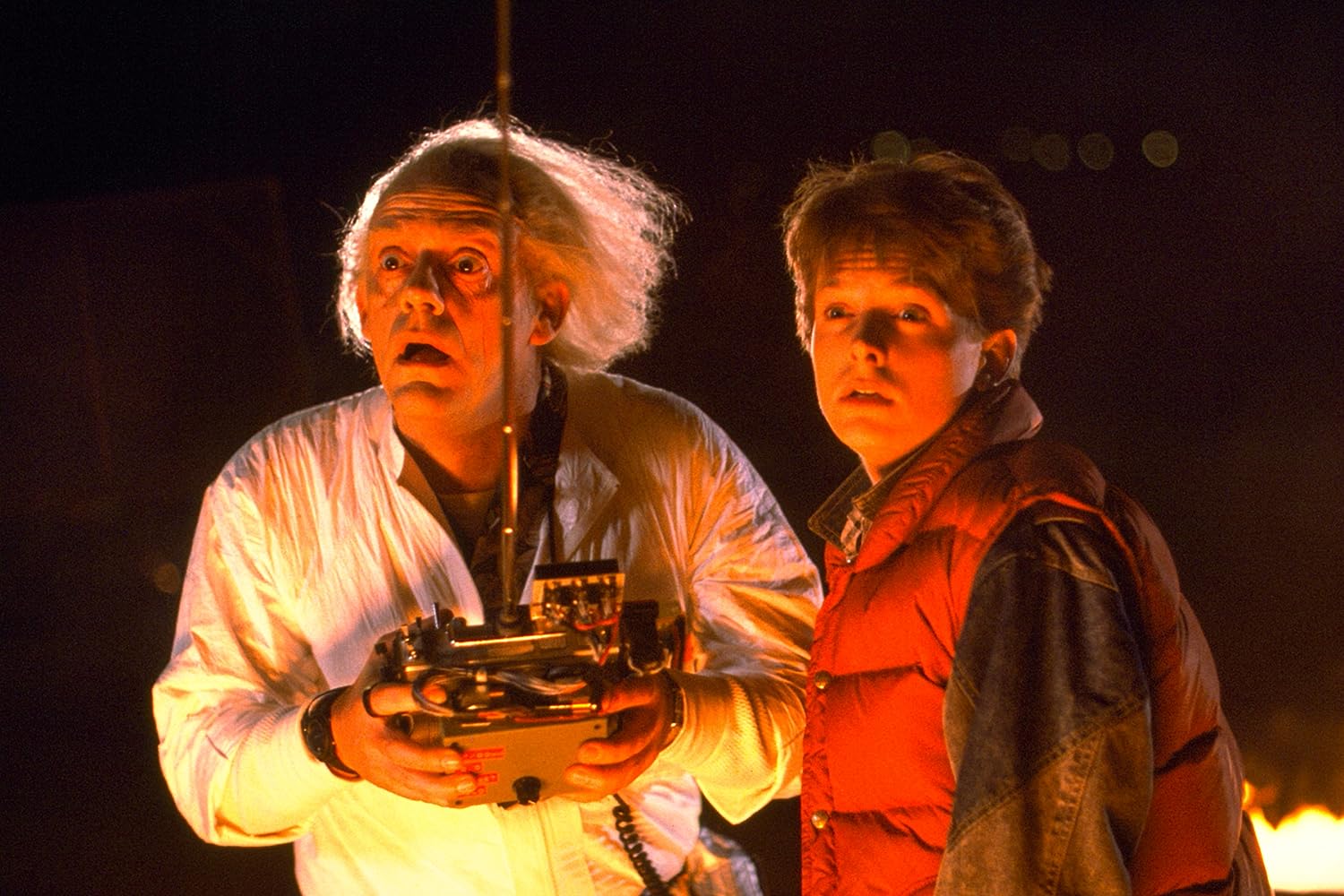 In 1985 Hill Valley, California, teenager Marty McFly and his girlfriend, Jennifer Parker, are chastised by the school principal for tardiness. Marty auditions for the Battle of the Bands, but is rejected for being too loud. At home, Marty’s father George is bullied by his supervisor, Biff Tannen, while his mother Lorraine is an overweight, depressed alcoholic. Lorraine recalls how she met George when her father hit him with his car. 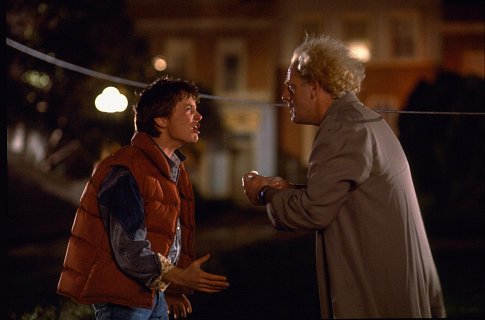 Marty is invited by his friend, eccentric inventor Dr. Emmett “Doc” Brown, to meet him in the parking lot at Twin Pines Mall. Doc unveils a time machine built from a modified DeLorean and powered by plutonium stolen from terrorists. Preparing to demonstrate it, Doc sets the date to November 5, 1955: the day he invented time travel. Moments later, the terrorists arrive and shoot Doc. Marty escapes in the DeLorean, but inadvertently activates the time machine by hitting 88 mph.Marty finds himself in 1955 and without the needed plutonium to return. He walks into downtown Hill Valley, and encounters the teenage George in the diner, who is bullied by his classmate Biff. After Marty saves George from an oncoming car, he is knocked unconscious and awakens to find himself tended to by an infatuated Lorraine. Marty tracks down Doc’s younger self to help him return to 1985. Without access to plutonium, Doc explains that the only power source capable of generating the necessary 1.21 gigawatts of electricity for the time machine is a bolt of lightning. Marty shows Doc a flyer from the future that recounts a lightning strike at the town’s clock tower due on the upcoming Saturday night.Doc instructs Marty to not leave his house or interact with anyone, as he could inadvertently alter the future; because of this, Doc refuses to heed warnings from Marty about his death in 1985. Marty soon realizes that his actions earlier that day have prevented his parents from meeting and he will soon be erased from existence if he does not find a way to introduce George to Lorraine. Doc formulates a plan to harness the power of the lightning, while Marty sets about introducing his parents to each other. After Lorraine asks Marty to the school dance, Marty concocts a plan: he will feign inappropriate advances on Lorraine, allowing George to “rescue” her. The plan goes awry when a drunken Biff attempts to force himself on Lorraine. George, enraged, knocks out Biff, and Lorraine follows him to the dance floor, where they kiss while Marty performs with the band.As the storm arrives, Marty returns to the clock tower. After a few mishaps with the cable, and the DeLorean refusing to start, the lightning strikes, and Marty is sent back to the future. Back in 1985, Marty finds that Doc has survived the shooting, as he had listened to Marty’s warnings and worn a bullet-proof vest. Doc drives Marty home and departs to explore the future. Marty awakens the next morning to find that his actions have changed the timeline; George is now a successful author, Lorraine is fit and happy, and Biff is now an obsequious auto valet. As Marty reunites with Jennifer, the DeLorean appears with Doc, insisting they accompany him to 2015 to resolve a problem with their future children. The trio board the DeLorean and travel into the future.Back To The Future is one of the most enjoyable time-travelling classics. It’s over 30 years old and it still hasn’t gotten old. Sadly, they don’t make it like this these days but then again we always can revisit them. That’s why they’re classics. 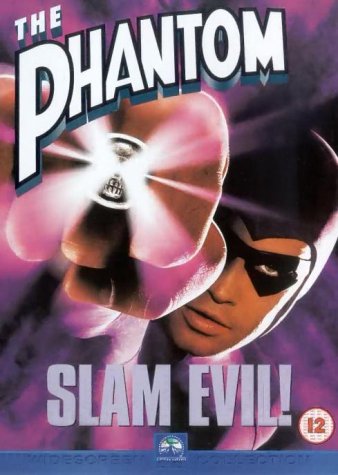 In the early 16th century, a young boy helplessly witnesses his father’s death at the hands of Kabai Sengh, the ruthless leader of the Sengh brotherhood who attacked their ship. The boy jumps overboard and is washed ashore on an island called Bengalla where he is found by tribesmen who take him to their village. There he is given the Skull Ring and swears to devote his life to the destruction of piracy, greed, cruelty and injustice. In adulthood, he adopts the identity of “The Phantom”, a masked avenger. The role of The Phantom is passed on from father to son through centuries, leading people to believe in a single, immortal figure and accordingly nickname him “The Ghost Who Walks” and “The Man Who Never Dies”.

In 1938, Kit Walker (Billy Zane), the 21st Phantom, finds a man named Quill (James Remar) leading a mercenary group in the jungle. The group is searching for one of the Skulls of Touganda, which grants its owner a tremendous destructive power. The Phantom saves the native boy they had kidnapped to be their guide and captures Quill’s men, leaving them to be picked up by the jungle patrol while their leader escapes. Quill—revealed as a member of the Sengh Brotherhood, and the man who killed Kit’s father (Patrick McGoohan)— flees with the Skull and returns to the United States.

In New York City, Kit’s ex-girlfriend from college, Diana Palmer (Kristy Swanson), is a frequent traveler whose uncle, Dave Palmer (Bill Smitrovich), is the famous owner of the “World Tribune” newspaper. The paper has been investigating power-hungry business man Xander Drax (Treat Williams), a shady character with a reputation for having dealings with criminals. Mr. Palmer has managed to uncover that Drax is connected to a mysterious spider web symbol, which he traces back to the Bengalla Jungle. He sends Diana to investigate, and en route, her airplane is hijacked by female air pirates employed by Drax and led by the femme fatale Sala (Catherine Zeta-Jones). Diana is kidnapped and taken to their base on the waterfront in Bengalla. Having been informed of Diana’s kidnapping by the Jungle Patrol’s captain Phillip Horton (Robert Coleby), the Phantom rescues Diana and escapes from Quill and his men to his headquarters, the Skull Cave (with the help of his white horse Hero, his pet wolf Devil, and his jungle friends the Rope People). There, Diana meets with Horton, where she is informed by the Phantom and Horton that she is involved with the Sengh Brotherhood. The Phantom tells Horton to use the Jungle Patrol to take care of Diana and return her to New York while he goes after the Brotherhood.

Back in New York, Kit, now dressed as his civilian self, meets with Mr. Palmer at the Tribune building and once again meets with Diana, who has mixed feelings about him since his sudden disappearance several years before. Diana’s would-be suitor Jimmy Wells (Jon Tenney) mentions he had seen one of the skulls in the Museum of Natural History. Kit and Diana hurry there and are captured by Drax and his men, who steal the second Skull from Kit and unite it with the first, revealing the location of the third Skull on an uncharted island known as the Devil’s Vortex on the Yellow Sea. Kit sees his father’s old skull belt buckled around Quill’s waist and realizes that he is his father’s killer. He manages to escape from him and his henchmen and, as the Phantom, evades the police outside the museum (Drax is allied with New York’s corrupt police commissioner, who Mr. Palmer had informed of Diana’s trip). Meanwhile, Sala flies Drax, Quill and Diana (Drax’s “Phantom insurance” after Sala reveals that Diane is his girlfriend) to the Devil’s Vortex, not knowing that the Phantom has managed to hitch a ride on one of the plane’s landing pontoons.

On the island, Drax meets with the pirate Kabai Sengh (Cary-Hiroyuki Tagawa), a descendant of the Brotherhood’s original leader, who possesses the third Skull. Sengh warns Drax of the existence of a “Fourth Skull”, which controls the power of the other three. The Phantom appears and battles both men, with Kabai Sengh killed by his own pool of sharks, as Diana and Sala cooperate to defeat the other villains. Drax unites the three Skulls and turns them against the Phantom, inadvertently killing Quill in the process. The Phantom uses the Fourth Skull—his own ring—to overcome the others and destroy both them and Drax in a powerful explosion. As the island is destroyed, the Phantom narrowly escapes with Diana and Sala. In Bengalla once again, Diana reveals to the Phantom she has figured out his secret and his double-identity. Kit removes his mask, telling her that he is only allowed to reveal all of his secrets to one person, the woman he intends to marry, but she leaves again for New York. Kit’s father laments his son’s failure to pursue Diana, but states that she will return to the Phantom’s jungle, and to Kit, one day.

This movie captures the true spirit of the original Phantom comics. Everything is done right. The time period, the fighting styles, the characterisations, and the whole look of the film are perfect. If you have ever read a Phantom comic and enjoyed it, then see this movie and you’ll not be disappointed.