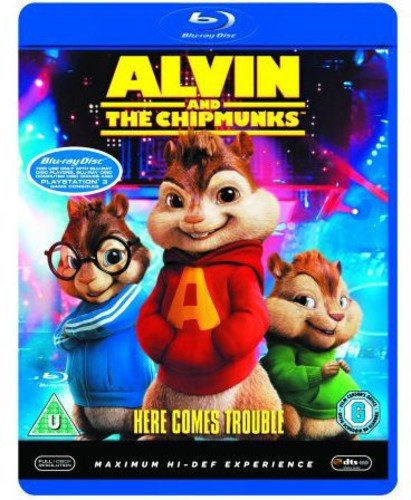 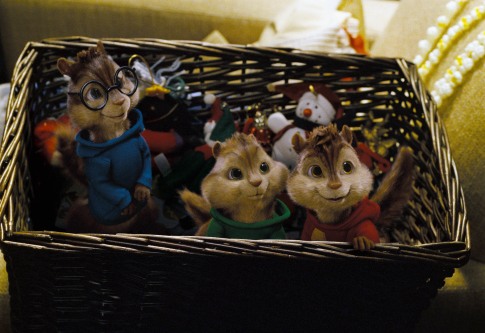 The tree that the chipmunks Alvin, Simon, and Theodore live in is cut down, and driven to Los Angeles. After JETT Records purchases it as a Christmas tree, the Chipmunks meet the struggling songwriter and composer, David Seville, who has had his latest song rejected by the company’s chief executive, Ian Hawke, his former college roommate and best friend, who claims that there is “no sense in writing songs that no one is ever going to sing.” Dave also once had a relationship with his next door neighbor, Claire Wilson. 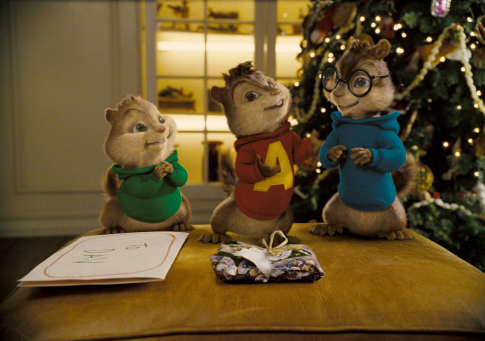 In the process of escaping the JETT building, the Chipmunks hop into a basket of muffins Dave stole from one of Ian’s coworkers, and follow him home. Once there, Dave discovers the Chipmunks and kicks them out, only to hear them sing “Only You (And You Alone)”. He then makes a deal with them; they sing the songs he writes, and he provides food and shelter for them. Unfortunately, when Dave tries to present the Chipmunks to Ian, they fail to sing to him on account of stage fright. The day worsens as Dave is dismissed as the Chipmunks ruin his job presentation by having drawn on it, thus getting him fired from his job. When Alvin tries to set the mood for Dave’s dinner with Claire, things become peculiar, and she rejects Dave after he tells her about the Chipmunks. To make it up to Dave, the Chipmunks go to Ian in an attempt to obtain a record deal. 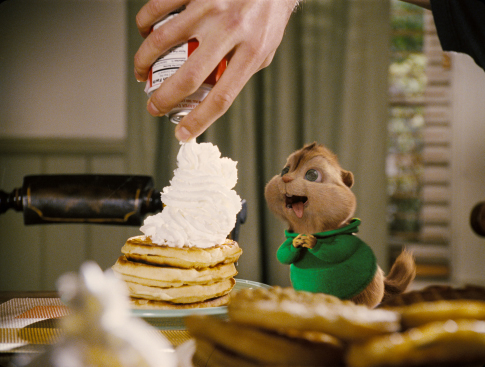 Once the Chipmunks sing Dave’s song to Ian, Ian signs them to the label, and calls Dave the next day. After a few singles, the Chipmunks become an international success. When Dave expresses concern for their well-being and insists that the Chipmunks are “children” who do not need so much craziness in their lives, Ian convinces the Chipmunks that Dave is holding them back. After a misunderstanding with Dave, they go to live with Ian. They are enchanted with Ian at first, but once they set off on a nationwide coast-to-coast tour, he takes advantage of their naïvete, changing their image and working them constantly. Meanwhile, Dave misses the Chipmunks, and he wishes that they would return. He calls Ian and asks to talk to them, but Ian declines, and then conceals Dave’s motives from the Chipmunks, saying that he sent Dave tickets, but that Dave sent them back. Later, the fact that the Chipmunks are becoming worn out is all over the news. Frustrated by what Ian has done to the Chipmunks, Dave decides to take matters himself by infiltrating their concert to reunite with them. 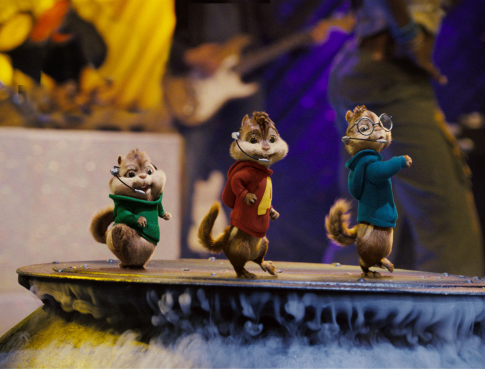 On the night before the big concert that is to transition the coast-to-coast tour into a world tour, a vet explains to Ian that the Chipmunks’ voices have worn down due to exhaustion, and suggests that they should take a lengthy rest. Rather than cancel the concert and hand out refunds, Ian advises the Chipmunks to lip sync. With Claire’s help, Dave is allowed into the concert, but is ejected by security. Witnessing the commotion, the Chipmunks realize that they’ve been tricked and, deciding that they have had enough of Ian, they stall the concert. Ian locks them in a cage and prepares to take them for the world tour. Dave tries to convince Ian to let the Chipmunks go, but Ian refuses. Ian then leaves in his limo with the Chipmunks, and Dave chases them, but the Chipmunks have already escaped to Dave’s car. Dave immediately pulls over and admits that he loves them like his own family. Meanwhile, Ian looks in the cage, and is shocked to see that the Chipmunks have replaced themselves with international merchandising dolls. 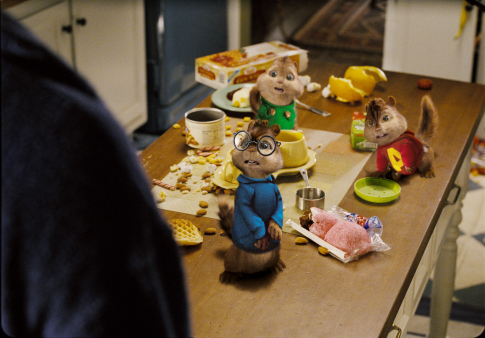 Later that night, the Chipmunks are fully accepted as part of the family, and they invite Claire over for dinner again. Alvin accidentally creates a short circuit after having difficulty popping the cork of a champagne bottle. Though Dave decides not to say his catchphrase, the short circuit causes a blackout in the kitchen. As a result, Dave can no longer prevent it. In a mid-credits scene, Ian, now unemployed, tries to make three squirrels sing “Deck the Halls”, but fails. After this, a message says “This film is dedicated to Ross Bagdasarian Sr., who was crazy enough to invent three singing chipmunks nearly fifty years ago”. 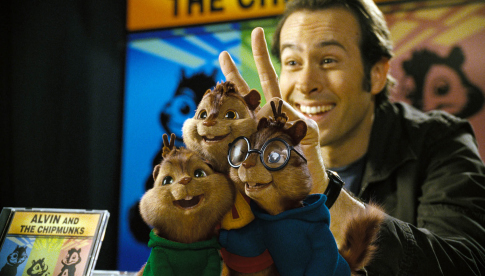 I’m surprised at the disappointing reviews of this film. I can agree that Jason Lee wasn’t the perfect person to play Dave but he still did a pretty good job. I mean, let’s be honest here and admit that none of the acting is great in this movie. It isn’t horrible but it isn’t great either. The thing is that the acting is on par for 90% of kids films. Also, how much can we really expect when it is a story about 3 singing chipmunks? The delight of the film and what people (my family anyway) want to see is the chipmunks get down and boogie. This movie in my mind accomplished everything and more that it might have set out to accomplish. .