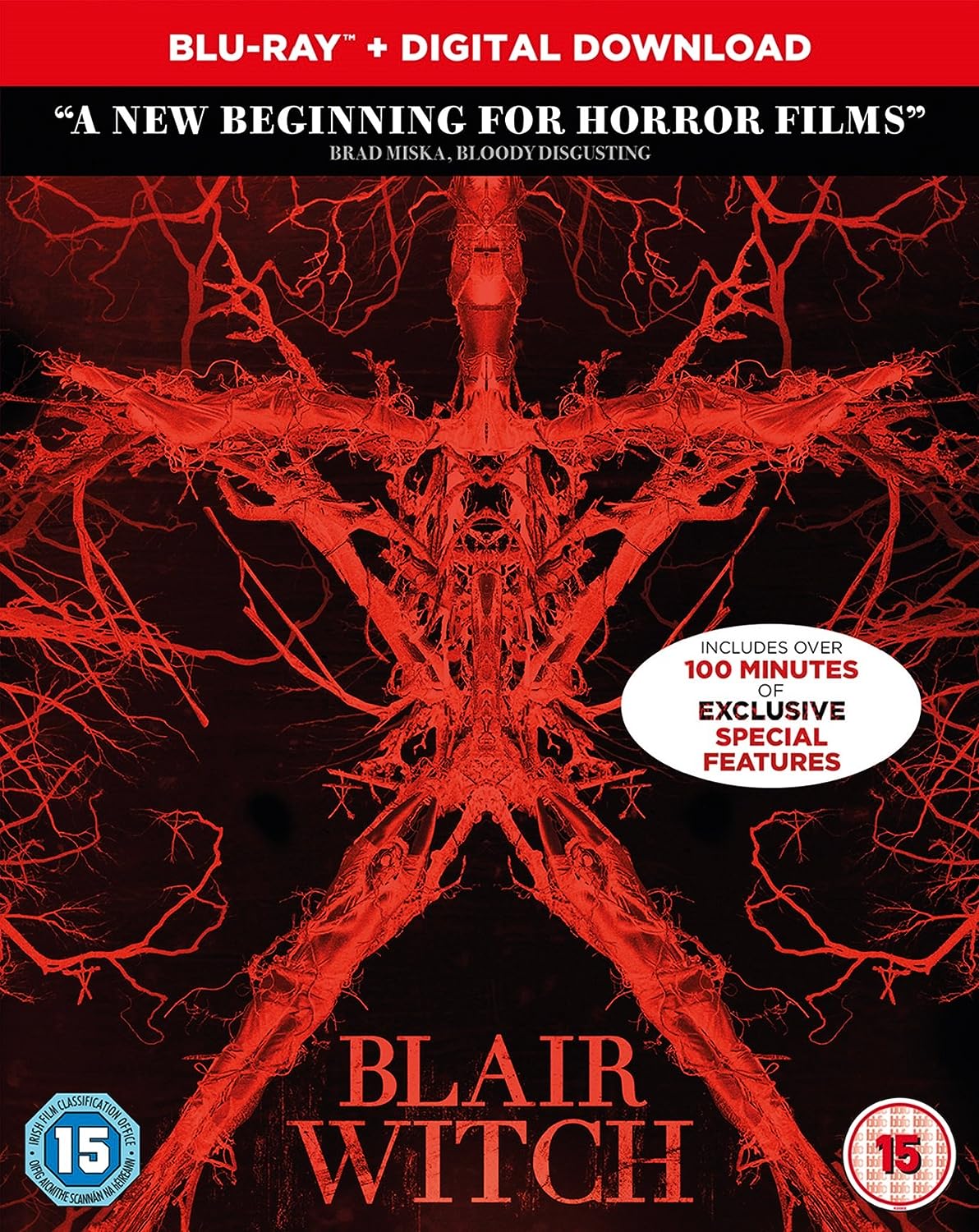 In 2014, James Donahue finds a video containing a supposed image of his sister Heather who disappeared in 1994 near Burkittsville while investigating the legend of the Blair Witch. Believing she is still alive, he heads into the woods, accompanied by friends Peter Jones, Ashley Bennett, and film student Lisa Arlington, who wants to film the search for a documentary. Locals Talia and Lane join them.
Upon setting up camp for the night, Lane and Talia discuss the disappearance of Heather’s film crew, and other mysterious occurrences, which they ascribe to the Blair Witch. After hearing noises during the night, the group awakens to find strange stick figures hanging from the trees. Unnerved, they elect to leave. Lisa notices twine in Lane’s backpack and both he and Talia are banished after admitting to creating the figures. After hours of walking, the four arrive back at their original campsite, having gone in circles. Lisa pilots a drone to obtain their location, but it malfunctions. Ashley becomes sick due to a wound on her foot, forcing the group to camp again. Peter is chased by an unknown entity, gets wounded, and disappears.

During the night, Lane and Talia emerge, claiming they have been wandering around the forest for five days without a sunrise. Believing that he is hallucinating, Lane runs off. The next morning, James and Lisa are stunned to find that it is still dark outside and discover larger stick figures. Talia sees clumps of her hair tied to one of the figures. Ashley accuses Talia of crafting them and snaps the figure in half; Talia is then snapped in half. An unseen force lifts their tent and the ensuing panic separates the group. Ashley finds the drone and climbs a tree to recover it but falls and is pulled off-screen by an unseen force.

A rainstorm ensues as Lisa and James stumble across Rustin Parr’s cabin. James seemingly spots his sister upstairs, enters the house and sees Peter standing in the corner. He soon realizes that something is chasing him and barricades himself. Lisa spots a ghoul and runs into the basement. She finds an aged and hostile Lane who traps her in an underground tunnel. Lisa escapes and is forced to stab and kill Lane when he attacks her. Chased by the entity, Lisa runs up to the attic with Lane’s camcorder creating the paradox that lured them all to the woods. She reunites with James and they try to barricade the door. James tells Lisa to face the corner of the room and desperately apologizes to her for their fate before the ghoul enters. James is tricked into turning around, believing that he hears Heather’s voice, and is attacked out of sight. Lisa uses Lane’s camcorder to view what is behind her and begins walking backwards. However, hearing James’s apology again, she turns too, and is attacked. 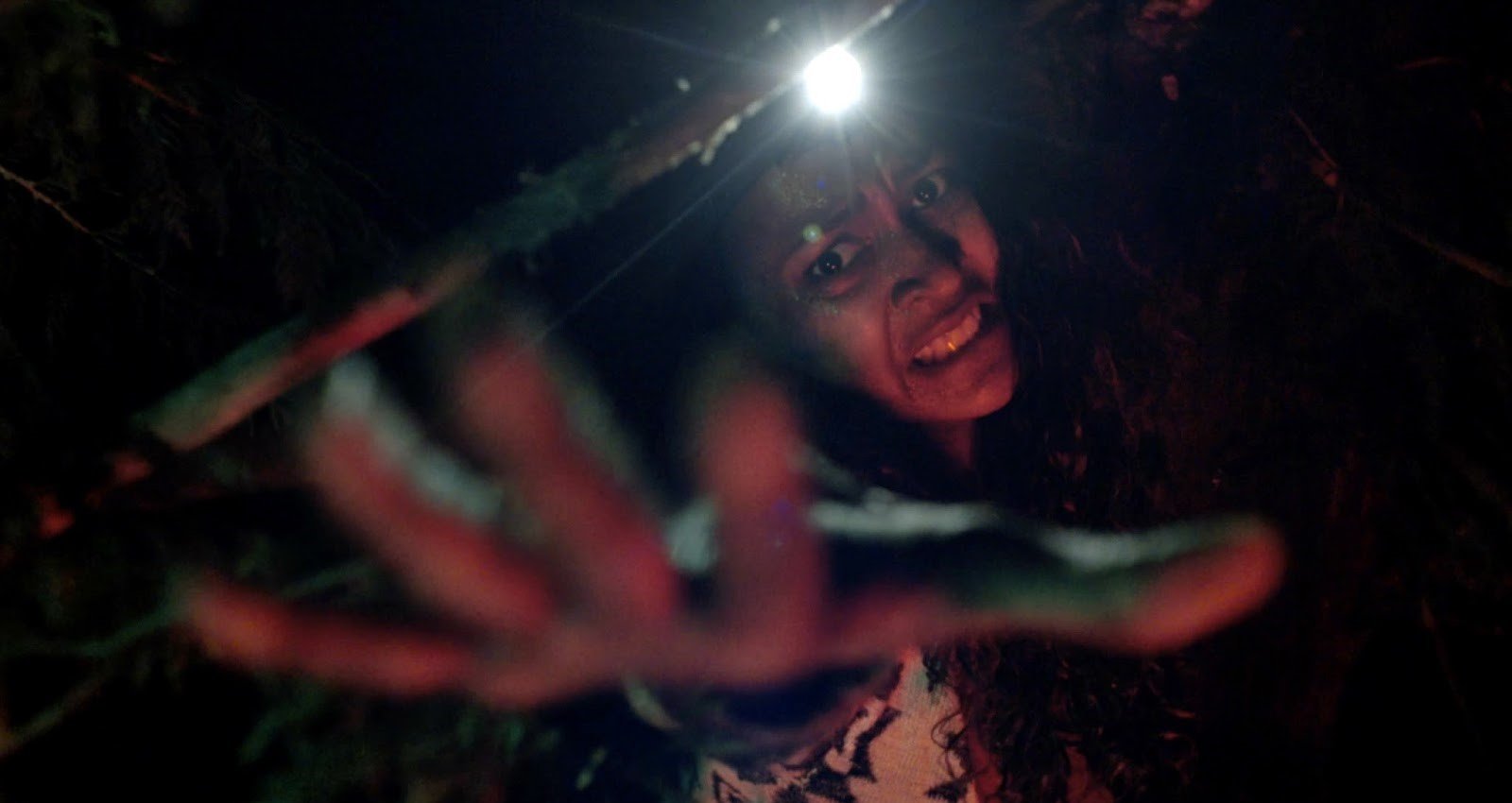 A much more faithful sequel than ‘Book of Shadows: Blair Witch 2’. It feels like the next logical step in the Blair Witch story, with clever use of modern filming technology. It takes the horrifying ideas in the first one and expands upon them, but without going too far like a lot of horror sequels do.

In a prologue, business magnate Peter Weyland speaks with his newly-activated synthetic, who chooses the name “David” after looking at a replica of Michelangelo’s statue of David. Weyland tells David that one day they will search for mankind’s creator together.In 2104 the colonization ship Covenant is bound for a remote planet, Origae-6, with two thousand colonists and a thousand embryos onboard. The ship is monitored by Walter, a newer synthetic physically resembling the earlier David model. The ship suddenly detects a nearby neutrino burst and is very shortly afterward damaged by the closely following explosive shockwave from the same source: a new star igniting. The shockwave impact kills some of the colonists. Walter orders the ship’s computer to wake the crew from stasis, but the ship’s captain, Branson, dies when his stasis pod malfunctions. While repairing the ship, the crew pick up a radio transmission from a nearby unknown planet. Against the objections of Daniels, Branson’s wife, succeeding captain Oram decides to investigate. As the Covenant remains in orbit, an expedition team descends to the planet’s surface and tracks the transmission’s signal to a crashed alien ship. While on the surface, security team members Ledward and Hallett are inadvertently infected with alien spores. Karine, Oram’s wife, helps the rapidly sickening Ledward back to the lander, where Maggie, wife of pilot Tennessee, quarantines them both inside the med-bay. An alien creature (Neomorph) bursts from Ledward’s back, killing him, then mauls Karine to death. Maggie tries to shoot the quickly growing creature but accidentally hits a gas tank, causing an explosion which destroys the lander and kills her. The Neomorph escapes to the planet’s surface while another such creature bursts from Hallett’s throat, killing him.The two Neomorphs attack the remaining crew members and kill Ankor. The crew manages to kill one of the aliens before David, who survived the Prometheus mission, rescues the crew and leads them to a city full of humanoid (Engineer) corpses. David tells them that upon his and Dr. Elizabeth Shaw’s arrival at the planet, their Engineer ship accidentally released a black liquid bioweapon which killed the native population, and that Shaw died when the ship crashed in the ensuing chaos. After the crew members tell David of their mission, they attempt to radio the Covenant for help, but the surviving Neomorph infiltrates the city and finds Rosenthal alone before decapitating her. David tries to communicate with the creature and is horrified when Oram kills it. Under Oram’s gunpoint, David reveals that the aliens are a result of his experimenting with the black liquid as a catalyst to create a new species. He leads Oram to an incubation chamber and tricks him into being embraced by an alien parasite (facehugger), which implants Oram with an embryo. Another alien creature (Xenomorph) soon erupts from Oram’s chest, killing him.As the others search for Oram and Rosenthal, Walter confronts David after realizing that David had deliberately unleashed the black liquid upon the Engineers. David explains that he believes humans are an inferior species and should not be allowed to colonize the galaxy. When Walter disagrees, David disables him and captures Daniels, revealing to her that he also murdered Shaw and used her corpse for his experiments. Walter reactivates himself and engages David, allowing Daniels to escape while Lope is attacked by the facehugger. Cole saves Lope before they are ambushed by the now mature Xenomorph, which kills Cole. Tennessee arrives in another lander to extract Daniels, Lope, and the seemingly victorious Walter. They kill the Xenomorph before docking with the Covenant; however, Lope had been implanted with another Xenomorph, which bursts from his chest on the ship before quickly maturing and killing crew members Ricks and Upworth. With Walter’s help, Tennessee and Daniels corner the creature in the Covenant’s airlock and flush it into space.The Covenant resumes its trip to Origae-6, and the surviving crew re-enters stasis. As Walter puts Daniels under, she realizes that he is actually David, but is unable to escape her stasis pod before falling asleep. Now in control of both the ship and its population, David regurgitates two alien embryos and places them in cold storage alongside the human embryos. He then uses Walter’s name to record a log stating that all crew members except Daniels and Tennessee were killed by the neutrino blast at the beginning of the film. 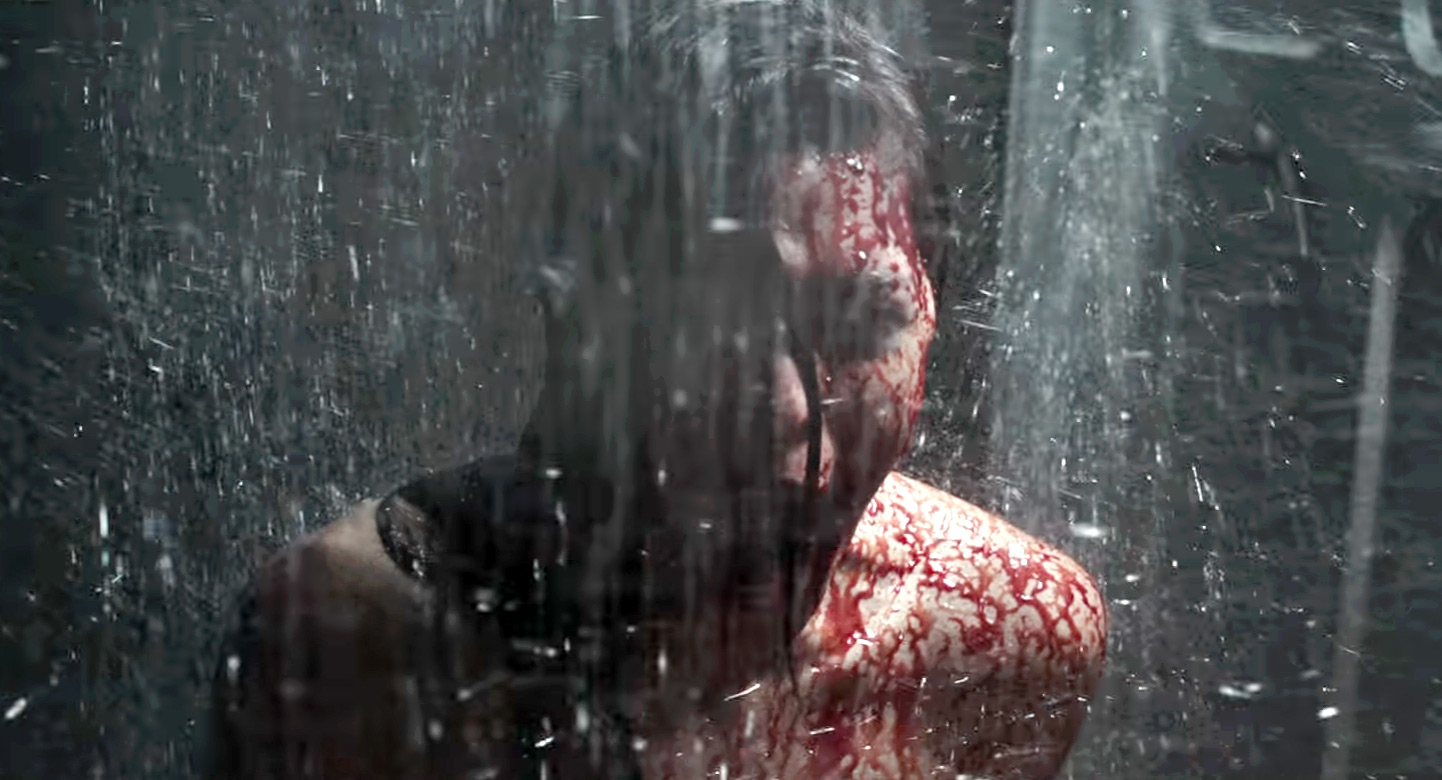 Alien:Covenant finishes with a fantastic twist, sets itself up for an obvious sequel and elicits groans of frustration with its inconclusive ending. It’s an appetizer for a better film just large enough to whet your appetite.