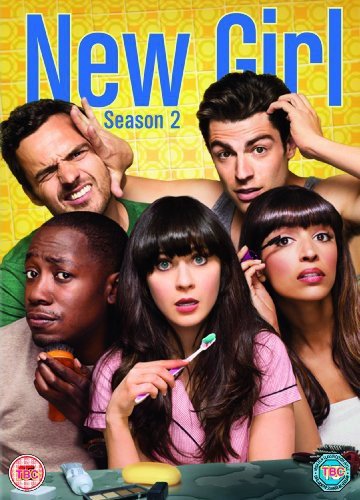 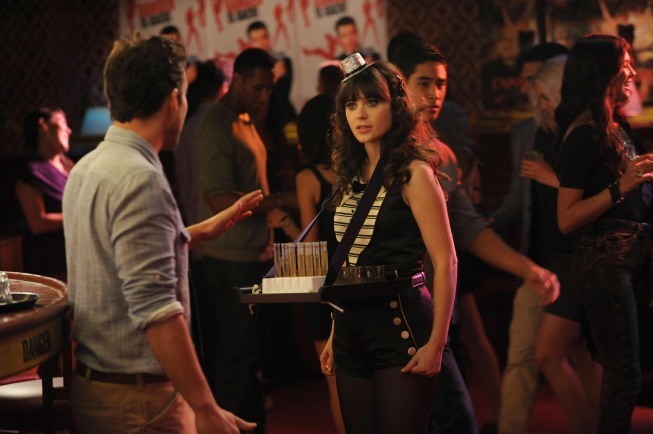 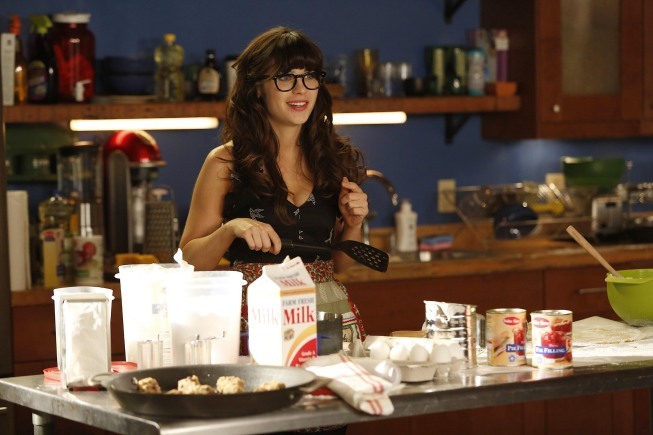 The first season of New Girl established the will-they-won’t-they pairing of Nick and Jess and the they-did-will-it-last coupling of Schmidt and CeCe, so the second season is all about raising the stakes for them. For Nick and Jess this takes the form of bad relationships keeping their minds off messing with the loft dynamic by dating a roommate. Though each has some legitimate opportunities for happiness, be it Jess’ commitment-phobic Dr. Sam or Nick’s sexually adventurous stripper girlfriend (played by Olivia Munn.) However knowing that there remains a chance they could end up together leads to frequent self-sabotage. 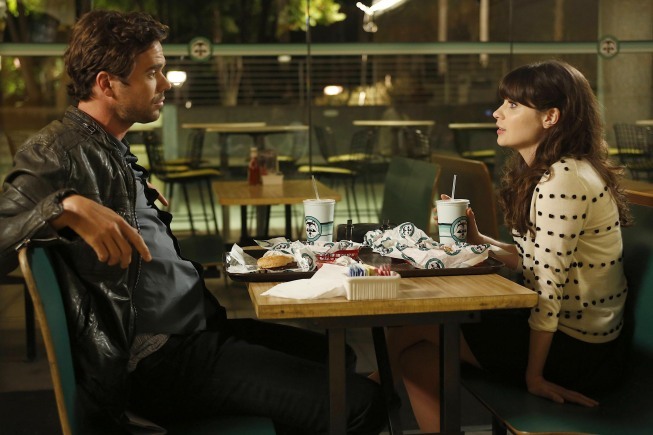 As much as Deschannel is the star of the show, Johnson has quietly become just as integral, as Nick grows and discovers himself, with the help of his future self and a water-massaging elderly Asian gentleman (the show can get weird sometimes.)For Schmidt and CeCe, reality is far less promising, as CeCe begins to sense her biological clock is ticking, and finds herself on a course for an arranged marriage to a pleasant man who just isn’t Schmidt. Meanwhile, the one true Schmidt seeks to alleviate the impending loss of his caramel queen by running back to his one true love, Elizabeth, a girl he dated in college, when he was hundreds of pounds heavier. It sets up a troubling love triangle, as the real Schmidt is just right for Elizabeth, but the Schmidt he wants to be is a perfect match for CeCe. 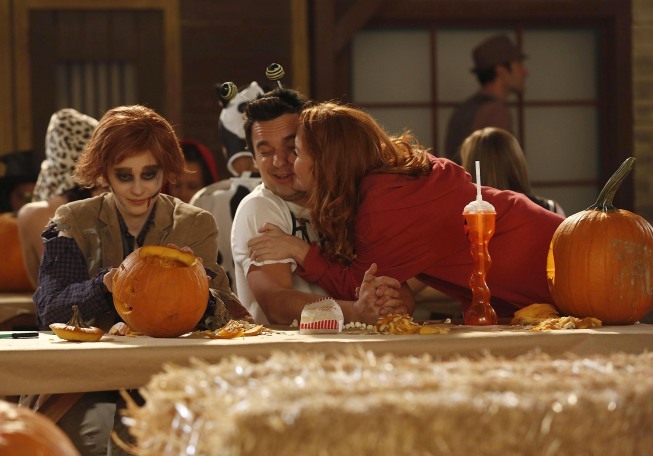 While there’s a grimy aspect to Schmidt keeping two women secret from each other, on the other hand, Greenfield makes it work by showing Schmidt cares about both women and is, oddly, doing it to not hurt either of them, rather than out of some sort of romantic greed. It’s an unusual situation, and one the show handles well.The focus on Schmidt and CeCe this season unleashes the show’s secret weapon, as Simone proves to be one of the most consistently funny performers in the series, popping in a look or a delivery that’s just perfect for the situation. Many of the show’s best moments this season grow out of CeCe’s on and off again connection with Schmidt, with the season’s home-stretch existing only thanks to the culture clash that grows from her arranged marriage, Part of what makes her so entertaining is how her exotic beauty gets betrayed to hilarious effect by her ability to be wonderfully silly. (The other benefit of having CeCe around is the presence of her Russian modeling pal Nadia (Rebecca Reid), who is economically hysterical, with a higher laugh to word ratio than anyone on TV.) 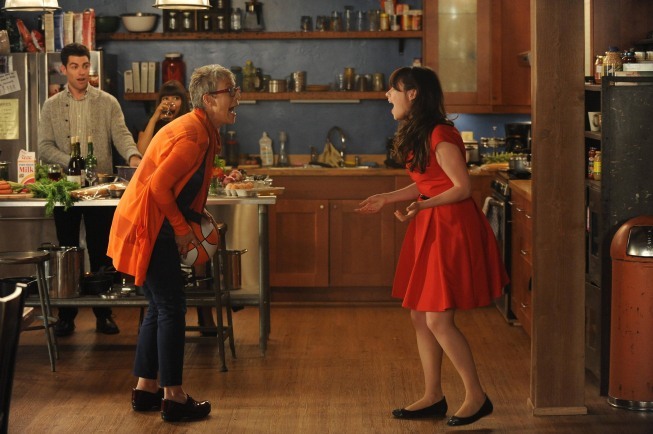 The mix in the loft is why the show works so well, as the quartet of roomies and friends behaves realistically, no matter how offbeat the situation may be or how odd the four may sometimes get. So whether it’s Schmidt feeling old thanks to some hipsters who have imoved in and befriended Jess, the exploration of the group’s most annoying aspects (a.k.a. “pogos”) or Winston struggling with his period, they mercilessly tease each other, but have each other’s back to the end. This is never more clearly illustrated than in “Virgins,” where the crew one-up each other with their horrible tales of their first sexual experiences. The way they interact is as close to real friends as anything on TV. 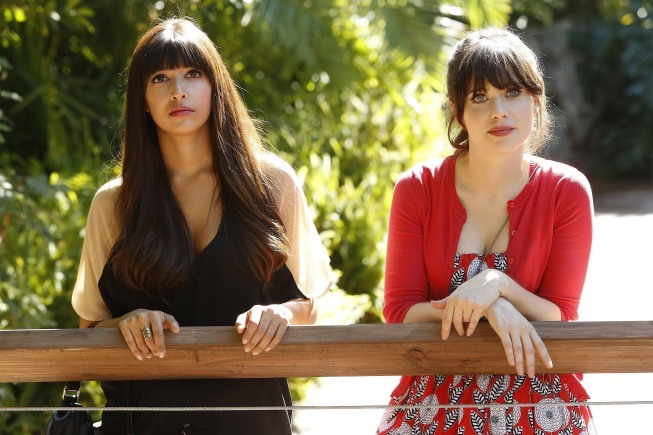 With the series expanding upon the world created in the first season, we get to meet more of the people in the lives of the four roommates, and those additions were rather impressive, to go with returning speicial guests, like June Diane Raphael (playing Jess’ lesbian gynocologist.) The late Dennis Farina had a great turn as Nick’s con-man father, while Margot Martindale plays his brassy mom, Nick Kroll is his dim-witted brother and Bill Burr is his Beantown cousin. Meanwhile on Jess’ side, they snagged Rob Reiner and Jamie Lee Curtis to play her feuding parents (and Reiner should become a series regular as her dad). Add in Rob Riggle as Schmidt’s brother, Carla Gugino as his sexually-aggressive boss and Brenda Song as Winston’s new lady friend, and the show managed to cultivate a fine ensemble outside of the core five, expanding and improving the series. 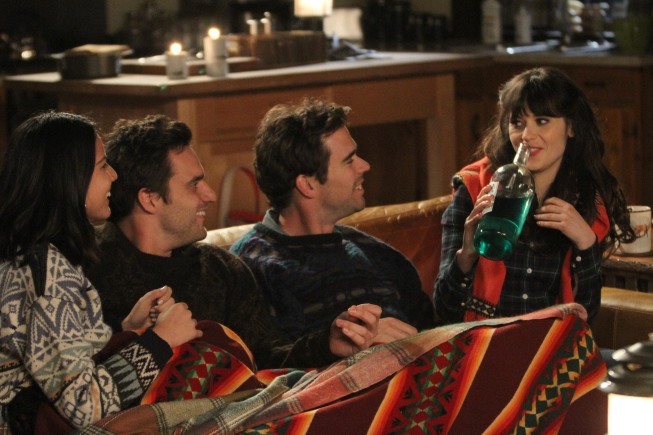 The natural progression of the relationships between Nick and Jess and Schmidt and CeCe, along with the changes in the world around them, made for an entertaining season that balanced silly fun with genuine emotion. 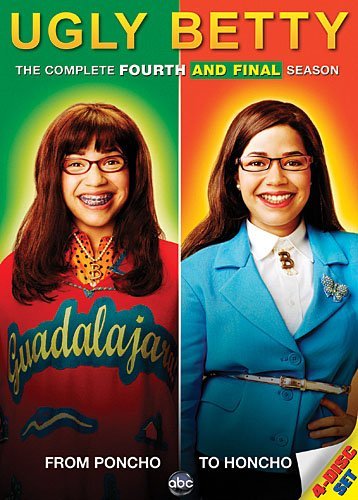 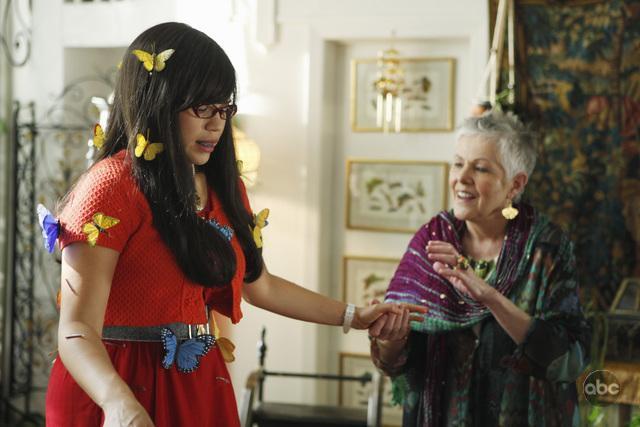 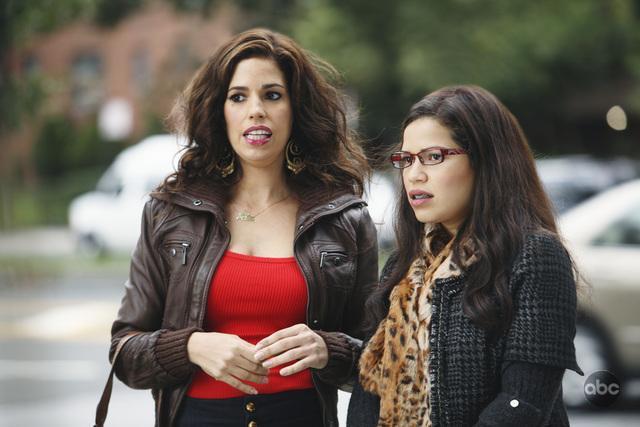 After four years and 85 episodes, the braces came off and Ugly Betty, the fish-out-of-water PA from Queens, finally became Betty Suarez, publisher of her own magazine in the UK. 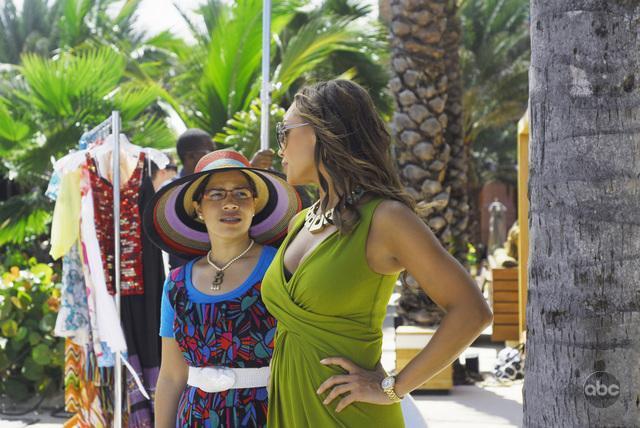 The first nine episodes focussed mainly on self-contained storylines. Betty’s struggles to establish herself in her new role as a junior editor as ex-boyfriend Matt, now her boss, is petty and mean to her. An emotionally vulnerable Daniel Meade is drawn into a cult as he tries to deal with Molly‘s death. A ludicrous murder side-plot involving Nico Slater, which triggers Wilhelmina leaving Mode. 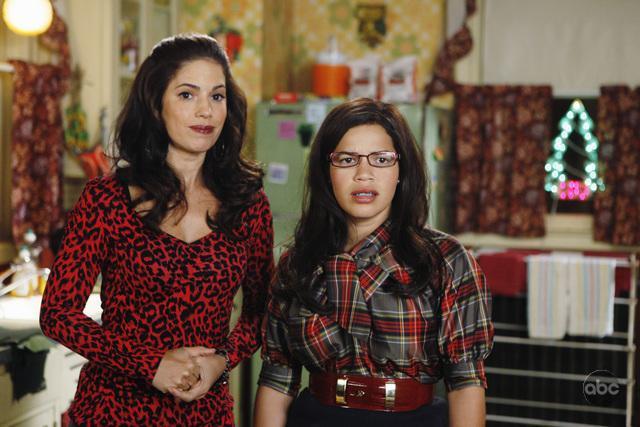 A few ongoing plots are also teed up. Amanda starts to think about her future. Claire Meade sets off in search of the son, Tyler, she had with Cal Hartley but was forced to give away. Hilda hooks up with Bobby Talercio, an old high school flame. Each of these becomes significant down the stretch, but are only touched upon initially. London Calling, starts to set up the finale, as well as giving us a sentimental excuse to welcome back Christina and ex-boyfriends Gio and Henry. 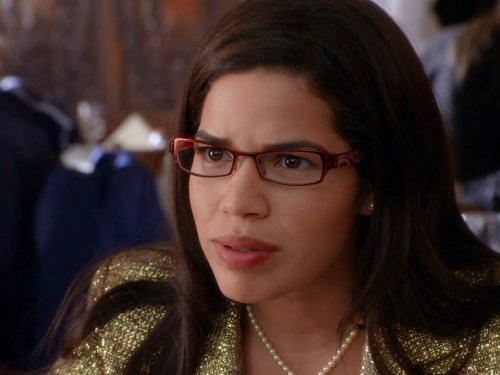 The final episode gives us the closure we had all been waiting for, and does so with style. Hello Goodbye is as much about discovery as it is about departure, with every character getting their turn to take a final bow. Hilda, married and no longer tied to the Suarez house by her salon, gets her dream move to Manhattan. Justin finds contentment with Austin. Amanda finds her father. Daniel steps down as co-editor-in-chief to pursue the opportunity to find himself. Wilhelmina finds redemption, her lost love Connor and then, suddenly, without the need for scheming, she finally achieves her heart’s desire: Mode – a direct result of her altruistic act of saving Claire. Marc is shown the path to becoming creative director by Wilhelmina, and finds love and the possibility of a real relationship with Troy, after a lovely reversal where Justin returns the favour by turning into his mentor. 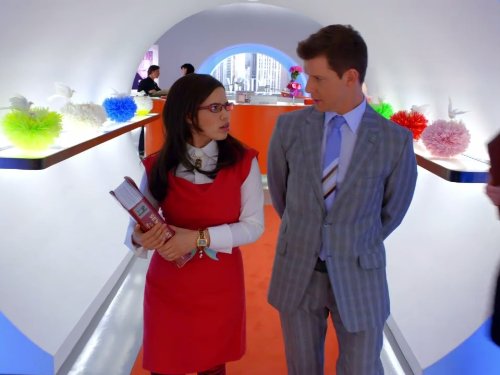 There is one touching moment at the farewell party where we linger on Betty, Marc and Amanda – the triumvirate who have always been the beating heart of the show – dancing joyfully together, all previous bitchiness put aside as their friendship is finally affirmed.It was a fitting end, and one which suited the series better than the ending of its Colombian parent, Betty la Fea, would have done, where Betty marries Daniel’s equivalent, Armando. Betty has come a long way since she first walked through the door at Mode 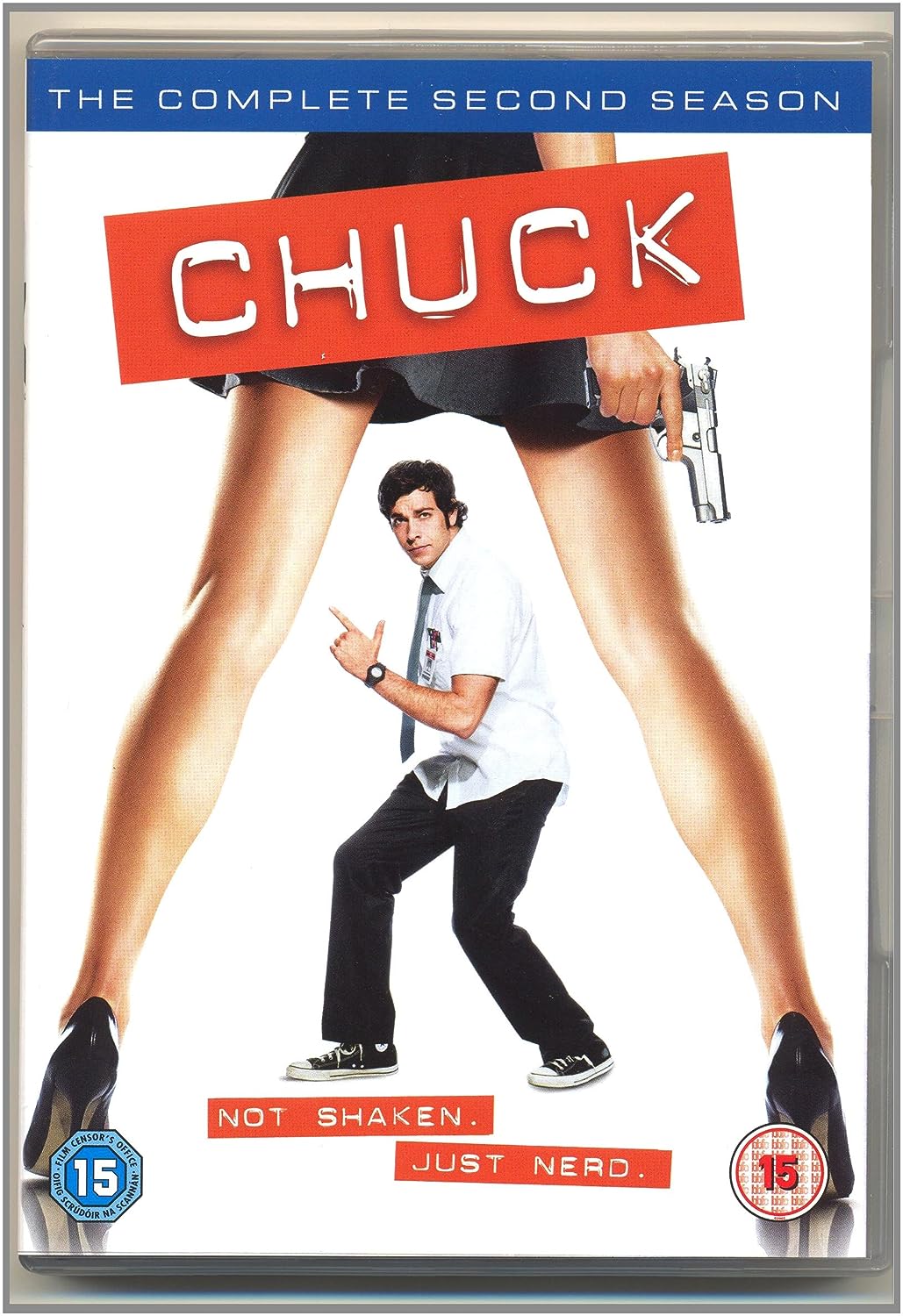 For those of you who have not watched Chuck before, I would recommend that you check out Season 1. Although Season 2 is superior in my opinion, Season 1 really lays down all the groundwork for what is to come.

For those of you who have see Season 1, you will not be disappointed by what the new season has to offer. In S1, Chuck was mainly the passive observer, the guy who flashed on things, and often made situations worse than before. However, at times he was given opportunity to save the day, in something I like to call a ‘Chuck Moment’. Season 1 had a few of them (setting off the fireworks to distract the guards to save Sarah and Casey would be one) but Season 2 is full of them – and better off for it. Now don’t get me wrong, Chuck can still be blundering and innapropriate, but in the new season, he always gets the opportunity to be the hero. The first episode has a particularly good example of this.

The season starts off very strong, following on with the storyline that involves the governement trying to make a new intersect (and invariably the team have to go on missions to help furthur that cause). In fact, the majority of the season is brilliant television, apart from a few select episodes that are merely good, dotted around the season. The season has a much more coherent storyline, with a smallish story arc near the start, and a solid story arc that takes off around episode 13. 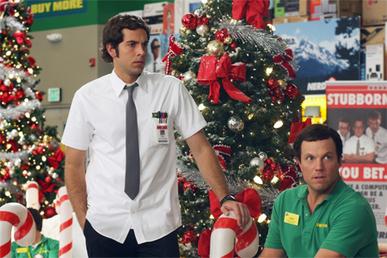 The character’s pasts are delved into alot more in this season, with a great appearance from Sarah’s father, a conman. Chuck’s past gets more attention however, as the long talked of ex, Jill gets reinvolved in Chuck’s life. Best of all may be the casting of Scott Bacula as Chuck’s father, who does a great job of convincing the audience of his connection to both Chuck and Ellie. Unfortunately, Casey’s past does not get an episode that shows him in a new light, like the Ilsa episode, rather a fairly disappointing face-off between him and his old mentor.

Morgan’s back, along with the rest of the buy-more crew, and a new face joins the buy-more – that of Emmet (played by Tony Hale, of Arrested Development fame) to provide more comic relief in that bizzare place. 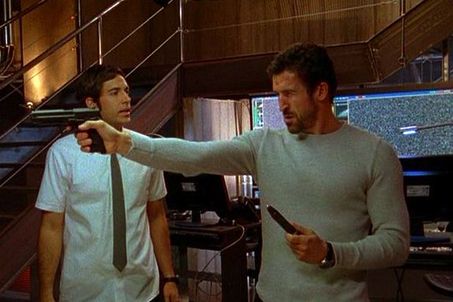 A truly amazing series, with twists and turns abound, and an ending that will only leave you wanting more.