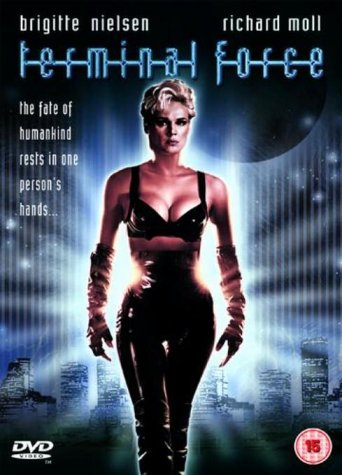 According to mythology a gem held dear by individuals generates energy for sustaining vitality. Its existence began at the start of the universe. Villain Kyla (Richard Moll) tries to find the object and utilize its inherent energy to increase his sphere of influence. He successfully obtains the device subsequent to defeating its protectors on the world called Sintaria. Meanwhile, protagonist Ladera (Brigitte Nielsen), a freedom fighter with the ability of invisibility, makes her way to Earth to seek out a sister gem to stalemate Kyla so he cannot obtain the object. Once there she discovers Jed retrieved the object already from its secure location, however Victor Menendez and his mercenaries also wish to own the device in recompense for monies owed to them by Jed. Ladera dispatches Victor and his minions and in the process protects her friend Jed. Ladera and Jed band together to seek out the first gem in order to thwart the plans of Kyla.

This movie is total fun. It doesn’t attempt to be mind-blowing or original but it succeeds in providing campy entertainment. It does parody other movies. Just a fun camp Sci-fi film that you can switch your brain off and just enjoy. 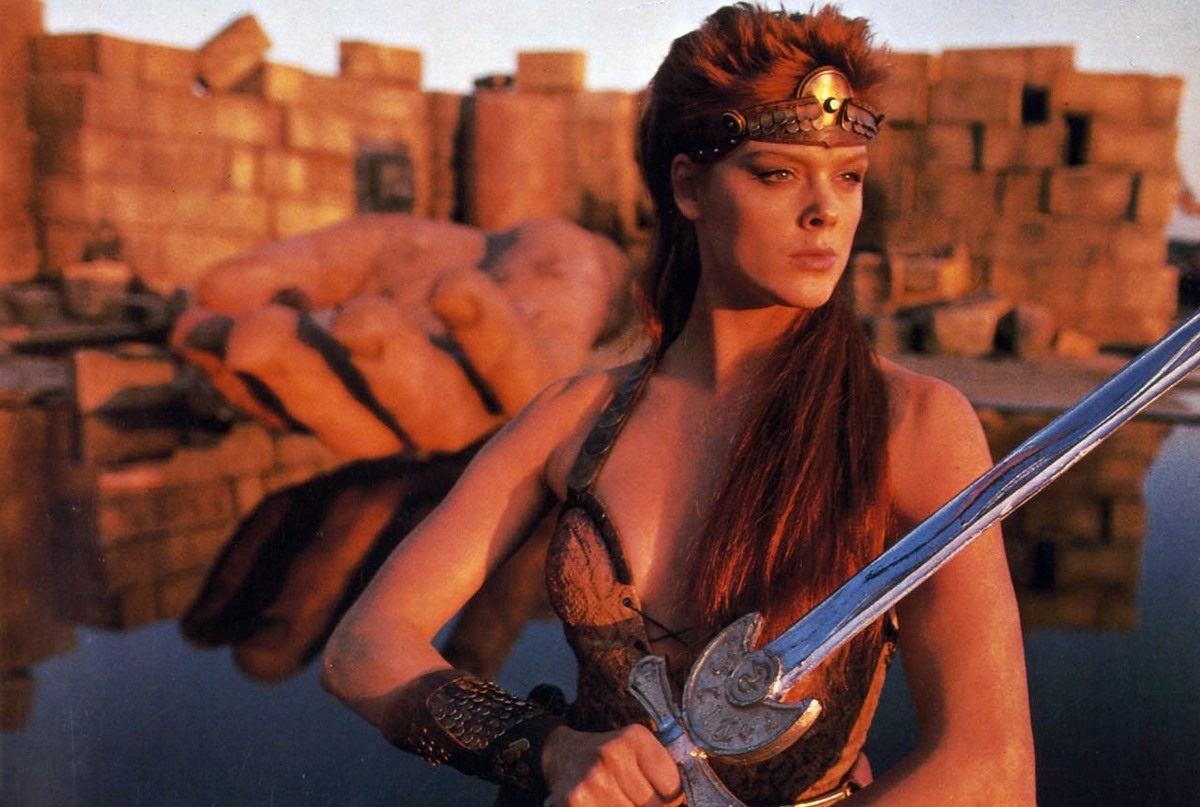 It is hard to revisit the 1985 sword and sorcery film Red Sonja with any sort of freshness. The movie, historically, has been comically criticized for decades and stands as an example of Hollywood´s eagerness to cash in on previous genre successes. There is even a quote from the films “star,” Arnold Schwarzenegger, about Red Sonja being the worst film he has done and is now used as a punishment for his kids. Where do I go from here? Where does anyone go from here? My previous review of Fire and Ice basically lauded the sword and sorcery film genre as an escapist vehicle unfettered by story and conceptual flaws. Could the same sentiment hold up under the weight of a poorly executed blockbuster? Could the same sentiment hold up to probably one of the worst fantasy films ever made?Red Sonja is a character best defined by comic books written by Fire and Ice / Conan writer Roy Thomas along with one of my favorite fantasy artists Barry Windsor Smith. The character was loosely based on a variety of pulp heroines pioneered by short stories from Robert E Howard. Red Sonja, now, stands as the female equivalent to Conan and shares the same fictional universe during the Hyborian Age. The important thing to remember about sword and sorcery is that despite instances of brutal violence carried out by demonic aggressors and less than favorable clothing for both genders, females have a surprisingly fair amount of power. Barbarian heroines are just as strong as males and can make decisions and carry the plot without male involvement. Despite a ridiculous amount of sexual exploitation, sword and sorcery breaks the majority of female stereotypes and did so years before other fantasy genres. This is important to remember when watching the cosmic disaster known as Red Sonja.

To investigate why Red Sonja is so bad one has to look at individual aspects of the film. The story is not the problem as Red Sonja’s plot is standard sword and sorcery revenge involving magic, immediate scope, and visceral adventure. In fact, I am trying to think of a film genre less simplistic than sword and sorcery. A green glowing magical orb is sought after by a group of roving warriors while an evil Sorceress, Queen Gedren, uses it to conquer kingdoms. The film´s heroine is hellbent on revenge after seeing her family slaughtered by the aforementioned sorceress. Pretty simple. There may be a comic duo planted for laughs but all in all standard. While the costume design is silly bordering on psychotic and its action sequences are quickly approaching narcoleptic, Red Sonja could have been an enjoyable film. Its critical weakness does not rest in any one part, but rather many aspects executed together cause its downfall. One of the most cited examples of Red Sonja´s ineptness is the acting, which oscillates between laughable and embarrassing. 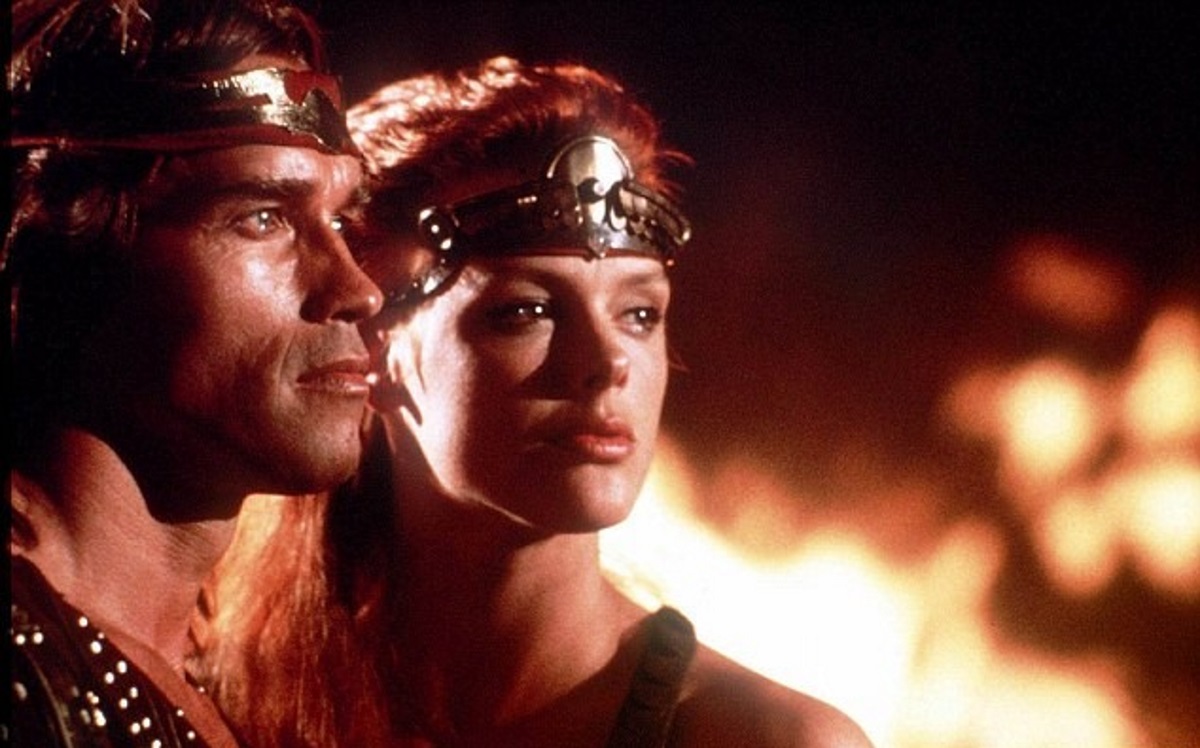 The wooden exchanges between characters merely drag the plot further much in the same way a mortally wounded human would lurch across a floor gasping for air. Scratch that. Dungeon. Bridget Neilson, who has the muscular build of a fine heroine fails to outact an 8 year old side character and the underwater machine serpent sent to kill her. Take this and combine it with a universal battle over which antagonist, the evil Queen Gedren or her smarmy advisor Ikol, is more uninteresting and ridiculously dressed. Do not forget characters placed on set with no logic or reason or ones that would have made the series more interesting if more was known about them and you have a colossal trainwreck of a film. Scratch that. Horsewreck. It is also important to realize this does not make the film truly terrible. what makes this film truly terrible is the attempt of a feminist agenda. Scratch that. Sabotage.

Aside from the already stated sword and sorcery base of a strong female character, Red Sonja, the film, continuously undermines any instance of a female lead doing anything without the help of a man. This aspect is seen in most fantasy films but becomes more obvious when Red Sonja is supposedly centered around the plights of a strong female. Whether or not saved at the last second by Lord Kalidor from Lord Brytag´s men or narrowly escaping the collapsing castle saved only by the combined brute strength of two sweaty men holding up heavy things, Red Sonja fails to convince the audience she wouldn’t choke on her food or stab herself with a fork if not fed by a strong male. It is important to note that I do not strive to pick out themes of feminism within fantasy films. 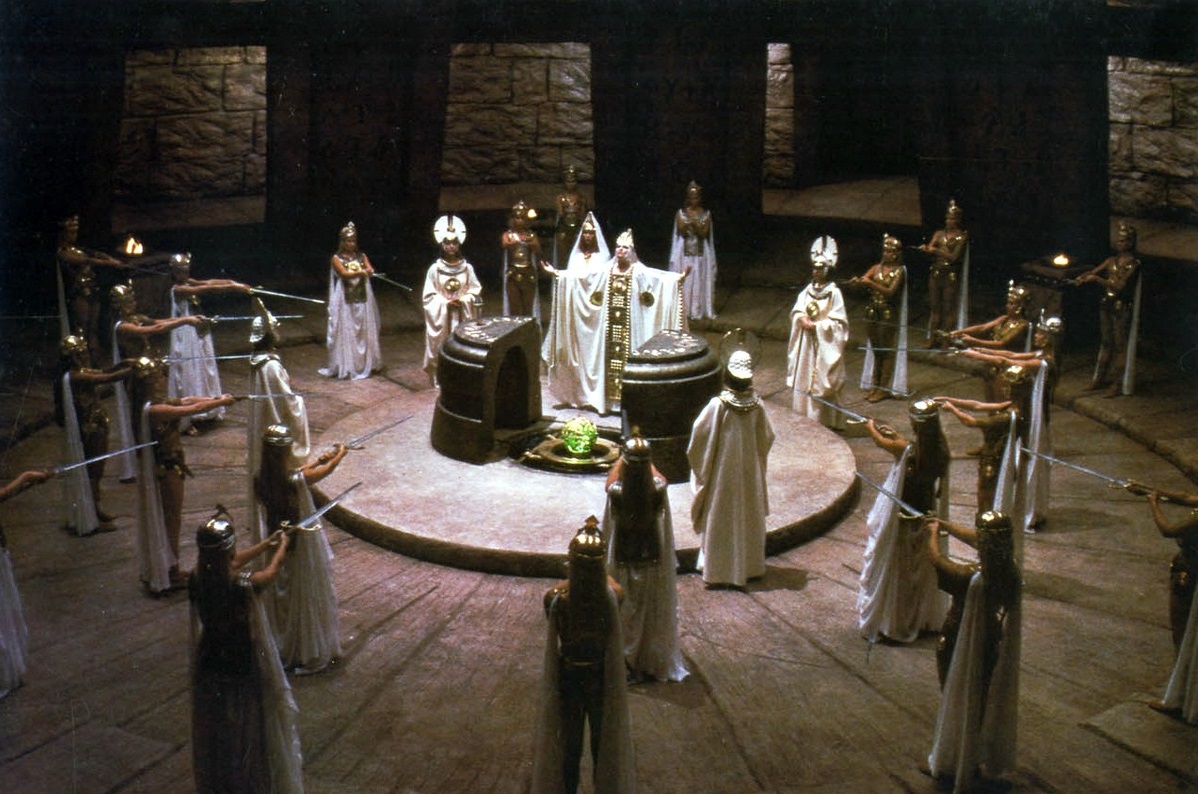 It is an interesting field of thought, but a film can exist without critical analysis. My cross section into this film is because Red Sonja’s waffling between feminism and misogyny is so abrupt the analysis is almost inescapable. Rather than silently attempt to create a female Conan, Red Sonja stmblefucks its way to the winners circle taking the trophy for the strangest blunder one has ever put to film. The universal orphanage fire that is Red Sonja has not, however, derailed any longevity of its protagonist. Red Sonja, the character, is still seen in better written media and fawned over at comic and fantasy conventions by both men and women.