Ten-year-old Jess Aarons (Julian Coutts) is an aspiring yet shy elementary school boy living in a financially struggling family. Ten-year-old Leslie Burke (Julie Beaulieu) is the new girl at Jess’s school, just arriving on the school’s athletics day. She enters a running event which she wins with ease, despite her classmates calling it a “boys only” race. Jess is, at first, quite sour about this and wants nothing to do with Leslie, but Leslie’s persistence in meeting him soon pays off, with the two becoming friends. Jess shares his secret love of drawing with Leslie; Leslie shares with Jess her love of fantasy stories. Together they venture into the woods, where they go across a creek on the trunk of a partially fallen tree, and later build a “castle” (actually a small shed) on the other side. Here, the two friends invent a whole new world—Terabithia—and it comes to life through their eyes, which they explore together. Jess and Leslie base the Creatures of Terabithia on the people that give them a hard time at school. 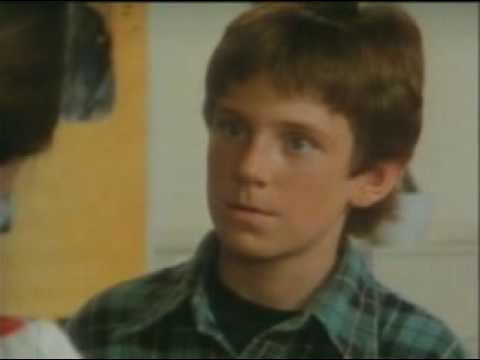 Their teacher, Ms. Edmunds (Annette O’Toole), notices Jess’s artistic skills and decides to take him on a field trip to an art museum. Jess has an unspoken crush on the teacher and does not want to share the trip with Leslie, so he goes to the museum without inviting her. When Jess returns home, his family is worried sick, as Jess’s family neglected to listen when he said he was going, then tells him the horrific news: Leslie died after trying to cross the fallen tree over a rain-swollen creek, only to fall into the creek and drown, possibly hitting her head in the fall. Jess grieves for his lost friend, and he and his parents visit Leslie’s parents together.

Jess feels overwhelming guilt for Leslie’s death, thinking that it would not have happened had he invited Leslie along on his trip with Ms. Edmunds. He is consoled by his father that their intense friendship should be kept alive for her sake. Later, after crossing the creek, he hears a girl’s voice calling for help and finds his little sister May Belle on the fallen tree trunk, frozen with terror after trying to follow him across. He rescues her, takes a minute to comfort her, then invites his sister to be the new princess, who is delighted after being previously denied every opportunity to enter Terabithia. She and Jess bring back Terabithia in even greater splendor; Jess the king and his sister the new princess, and they rule over the free peoples of the kingdom together forever.

Excellent movie about two best friends who make up an imiginary world to help them with their problems. When tragedy strikes one the other must come to terms with what has happened and what the future holds. Good acting, direction and good score as well.