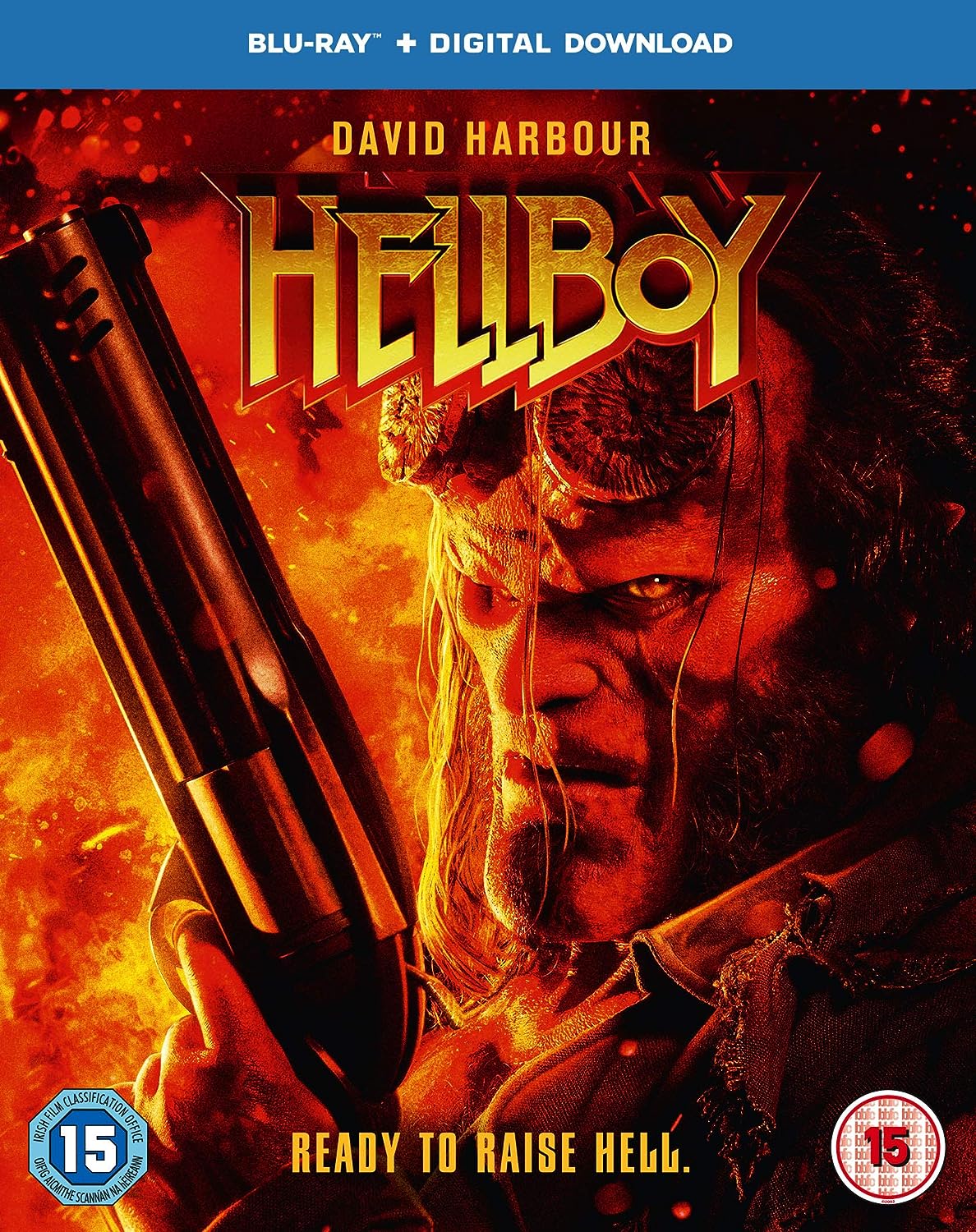 In the Dark Ages on 517 A.D., the evil Blood Queen Vivienne Nimue unleashes a plague on England until King Arthur thwarts her with Ganeida’s aid, a member of her coven. Arthur uses Excalibur to dismember Nimue, and hides her remains across England. In present day at Tijuana, Mexico, paranormal investigator Hellboy accidentally kills missing agent Esteban Ruiz, whose mission got him turned into a vampire. After hearing Ruiz’s dying words the end is coming, Hellboy is brought back to the B.P.R.D. in Colorado, assigned by B.P.R.D. leader Trevor Bruttenholm, his adoptive human father, to assist the Osiris Club in hunting three giants. The club’s seer Lady Hatton reveals Bruttenholm was meant to kill Hellboy when he came into the world as a result of Nazis’ Project Ragna Rok, but instead raised him. Meanwhile, the boar-like fairy Gruagach is advised by the witch Baba Yaga to retrieve Nimue’s limbs, so she may grant his wish for revenge against Hellboy.During the hunt, Hellboy is betrayed and nearly killed by the hunters before ambushed by the giants, allowing Hellboy to kill the giants before being rescued by a young woman, where he awakens in her flat and recognizes her as Alice Monaghan, a medium he once rescued from fairies as a baby. Sending a SO19 team to retrieve Hellboy, Bruttenholm relays that Nimue’s remains have been taken and the last piece is at the Osiris Club. They are introduced to M11 agent Ben Daimio, as Hellboy and Alice join the team and heads to the club. Finding the club slain, Alice channels Hatton’s spirit, who reveals Nimue seeks Hellboy to cause the apocalypse, when Nimue’s arm is taken by Gruagach, and Nimue distracts Hellboy by appealing to his frustrations, allowing Gruagach to escape. Hellboy reveals Gruagach is a changeling who took baby Alice’s place before Hellboy branded him with iron and forced him to return Alice, that Gruagach hates Hellboy for taking his chance to be human.Daimio takes them to M11 headquarters before secretly acquiring a special bullet to kill Hellboy. After an argument with Bruttenholm about his adoption, Hellboy is magically transported to Baba Yaga’s house. Having shot out Baba Yaga’s right eye, Hellboy is talked into giving up one of his eyes for Nimue’s location. Hellboy delays on honoring the deal and she curses him to lose a loved one. On the way to Nimue’s location at Pendleton, Daimio reveals to Alice that he was the sole survivor of a jaguar attack.The trio arrives at Nimue’s full resurrection, as she kills her coven with the exception of Ganeida, while Hellboy stops her, but overwhelmed by her power. Nimue poisons Alice and flees, as Ganeida directs Hellboy to the resting place of Merlin to save Alice. After Merlin cures Alice and putting her and Daimio to sleep, he reveals Hellboy is Anung un Rama, heir of Arthur through his mother, who was spirited to Hell by his father. When offered Excalibur, Hellboy refuses after a future vision of himself causing the apocalypse, while Merlin, having exhausted his magic, disintegrates.Meanwhile, Nimue attacks M11 and abducts Bruttenholm, as the trio follow Nimue to St Paul’s Cathedral, where Hellboy fights an empowered Gruagach aided by Daimio in a Werejaguar form. Nimue betrays and kills Gruagach, and knocks Hellboy into Arthur’s hidden tomb that holds Excalibur, enrages him to pull the sword after Nimue kills Bruttenholm, allowing demons to emerge from Hell. Alice channels Bruttenholm’s spirit to encourage Hellboy, allowing him to decapitate Nimue and throw her head into hell after the demons are sent back. Hellboy and Bruttenholm exchange farewells, and Daimio discards the special bullet.Six months later, the trio raid a cult club Oannes Society where they find Abe Sapien’s water tank. In a mid-credits scene, Hellboy is consoled at Bruttenholm’s grave by the ghost of his hero Lobster Johnson. In a post-credits scene, Baba Yaga enlists an unseen force to seek out Hellboy with the promise of allowing him to finally die.Harbour does a great job in this film playing the anti-hero Hellboy. The script was not great and after reading reviews I thought it would be garbage. There are enough redeeming qualities to watch this movie in theaters. It has solid action sequences with plenty of gore. It’s disappointing critics tore it apart. I give it a solid 7 it’s entertaining just try not to take anything away from it and enjoy the ride.