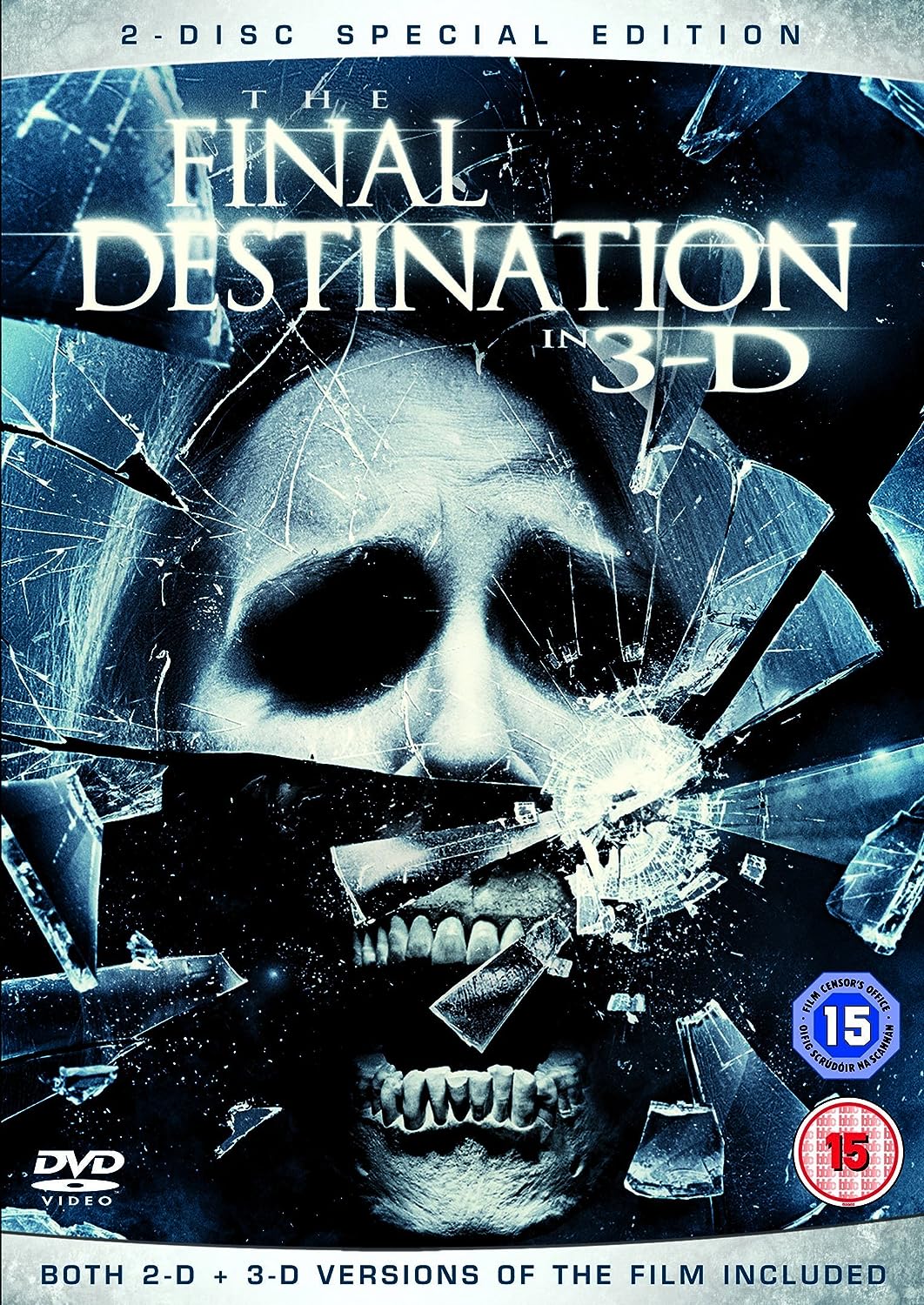 College student Nick O’Bannon attends a race at the McKinley Speedway with his girlfriend Lori Milligan and their friends; Hunt Wynorski and Janet Cunningham when he suddenly has a premonition of a terrible accident that sends debris into the stadium, killing several people and causing the stadium to collapse. In his panic, Nick inadvertently starts an argument with Carter Daniels, who demands his wife stay as he chases them out of the stadium. Mechanic Andy Kewzer and his girlfriend Nadia Monroy along with mother Samantha Lane also exit the stadium followed by security guard George Lanter. When the accident occurs, George prevents Carter from going in after his wife and a scuffle ensues. As she is yelling at the group, Nadia is suddenly decapitated by a tire flying out of the stadium.

Several days after the disaster, a drunken Carter tries to set a cross ablaze on George’s front lawn blaming him for preventing him from saving his wife, but a chain of events causes his tow truck to start driving on its own and as Carter tries to regain control, he is grabbed by the towing chain and is blown up by his truck catching fire with the very gas he was using. The following day, Samantha is finishing up at a beauty parlor when a rock propelled by a lawn mower suddenly impales her eye and kills her. After reading about the events in the paper, Nick becomes convinced that death is coming after them for evading their fates at the stadium. Hunt and Janet are dubious, but they manage to convince George about what is happening. The group arrives to warn Andy, but he is killed when a tank, propelled by a chain reaction from a faulty wench launches him through a chain link fence. After receiving a premonition involving water, Nick tries to warn Hunt, who has gone for one last conquest at the pool, while George and Lori try to find Janet, who becomes immobilized in a malfunctioning car wash. Hunt drops his lucky coin in the water after an accidental placement of a toy turned the pool’s drain on. As he dives into the pool, he is pulled down to the drain where the pressure mounts, and his insides are eventually ripped into the draining system before Nick can rescue him. George and Lori rescue Janet from the car wash at the last second. Afterwards, George admits to having tried to commit suicide due to his family being killed in a car accident the year before that he believes was his fault, but every suicide attempt has failed. Lori believes saving Janet must have saved the rest of them from death’s plan and the group celebrates instead.

Four days later, Nick then remembers a cowboy; Jonathan Groves, they had jeered at during the race, who had changed seats prior to the premonition coming true and he and George track him down at a hospital, where he remained in traction following being recovered from the stadium’s debris. After a bathtub left on in the floor above causes his electric equipment to start sparking, falling from his bed and trying to cross the room, Nick and George witness him being crushed as the tub crashes through the weakened floor. Afterward, George is suddenly obliterated by a speeding ambulance and Nick realizes that Janet and Lori are still in danger. Tracking them down to a movie at the mall, Nick successfully saves Lori, but insistent that her life is no longer in danger, Janet remains as a chain reaction behind the theater causes an explosion and kills her. A multitude of explosions race Nick and Lori through the mall until they are trapped on a malfunctioning escalator and Lori is slowly dragged into the gears and killed. This is revealed to be a premonition, but Nick again fails to save George.

At the mall, Lori begins seeing omens of death around her, but Janet convinces her to shrug it off. Having failed in his premonition, Nick runs back stage to stop the explosion. He is pinned down by a nail gun that activates itself as he tries to stop the fire from spreading to explosive materials. Nick activates the fire suppression system, successfully stopping the explosion and saving everyone. Two weeks later, Nick notices a loose pylon while heading to their favorite hangout “Death by Caffine” and warns the construction worker about it, who fails to hear him. While talking with Lori and Janet, he comes up with the theory that his omens were red herrings meant to get them in the right place at the right time for death to kill them. Just as he realizes this, and sees another omen, the pylon outside collapses, causing a truck to swerve and crash into the coffee shop. As the scene switches to x-ray Janet is crushed under the truck’s tires, Lori is internally decapitated by the impact, and Nick is propelled into a wall and killed.

The Final Destination’ is the 4th installment in the franchise. It’s pretty much the same as the previous three but with a slightly different storyline and new characters. overall this is still an exciting and very good sequel but the previous two set the bar too high for this to beat.

In a Louisiana city, near a bayou, a plague of genetically Mutaed Bats begin to kill the people, then the Doctor Maddy Rierdon and her students from colleges work together to kill the bats before the whole city is destroyed. 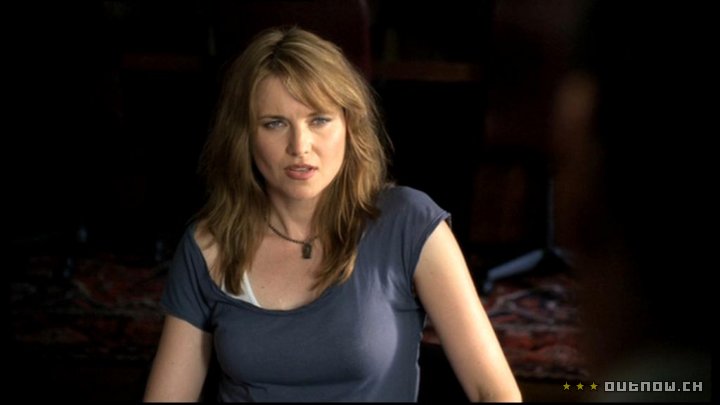 The film begins with an abandoned house, inhabited by a group of vampire bats, which seem to be mutations of the local population. Later, in the forests nearby, people begin to find many dead corpses of deer and local animals, with multiple bites on their bodies and their blood completely drained. While the corpses are studied, one student from the class of Physician/Doctor Maddy Rierdon (Lucy Lawless) gets chased in the forest by something that knocks him down and kills him. When he is found, his blood has been drained. Police suspect two of his friends of being the killers and put them under arrest. The case causes Maddy’s attention, as she wants to prove her students’ innocence. She soon finds out that her dead student must have been killed by something that moves in a pack and is very fast.

At night, two more fishermen are attacked and killed while fishing on their boat. The next morning, police find the drained bodies and, with Maddy’s presence at the scene, they are able to recognize some excreta of bats. They then change their opinion and started to believe that bats were the cause of these deaths. The police send out many agents to search around the city for signs of the vampire bats. After several negative events, including a teenage girl who gets bitten by a bat during sleep and acquires rabies, and a party on board a ship, which is attacked by the bats, Maddy begins to think that the bats have mutated somehow, which she reports to group of agents she is working with. She states that the bats could have been affected by some artificial environmental impacts. To verify her statement, she arrives at the river where the fishermen were killed to set a trap with the help of some of her students. They successfully capture some bats using nets, and Maddy realizes that this population of vampire bats has developed eight upper-jaw fangs instead of two, which makes them hungrier for blood and able to drink more blood every time they bite. They bring the other trapped bats back to the lab, where Maddy informs the police of this mutation. Suggestions are given as how to exterminate these killer bats, and one of them is to spray poisons over the captured bats and release them after sticking GPS locators onto their bodies, letting them fly back to their habitats; the bats will infect each other by licking and grooming. The plan works successfully, but it only kills a small group of them. The other groups remain unaffecteded. Meanwhile, one more student is killed in the pool by the bats. Maddy rushes to find a solution while learning that the bats’ mutation is an indirect result of toxic waste that contaminated the local water source, creating mutations in the deer that the bats feed on, thus making the bats too mutants.

Meanwhile another group of bats is found in a church (yet still not the whole population.) Maddy’s students accidentally find out that the bats are attracted to loudspeakers or anything that emits sounds similarly, as they mistake those sounds as reflected ultrasounds. They decide to set a trap in the underground basement of their school, intending to lure the bats in and heat them to death by sending in all the heat from the school’s exhausts. As the plan commences, the bats are lured to the area by loudspeakers. A problem is encountered as Maddy is attacked in the underground by one of the policeman, who turns out to be an agent working for the company which has been contaminating the water sources and is therefore responsible for the bats’ mutation. He tries to kill Maddy in order to eliminate witnesses of his company’s work, but Maddy knocks him out instead and escapes when the bats fly into the underground; they devour the agent just before they get heated to death. Three months later, Maddy is married and sitting with her children in front of the house where they eliminated the first population of the vampire bats. She suddenly looks nervous and seems to be scared by something, but she quickly turns back to play with her kids.

Vampire is the sequel to Locusts, with Lucy Lawless once again returning.If you are looking for a well done movie normally found on cable look no further. This movie was made for Halloween and they didn’t have the biggest budget.  There were fairly, thought out and great scenes that carried this movie in a singular directions This was more psychologically scary with minimal bloody cheap shot scenes, one quickly knows the major cause and evil are man drinking blood suckers i.e. the vampire bats, hence the movie name.