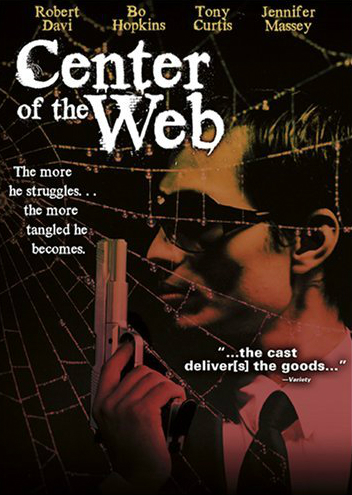 John Phillips (Prior) is just a simple acting teacher. When he is mistaken for a hired killer by some bad guys, a conspiracy begins to unfold. It seems there are a group of people planning to assassinate the Governor of Alabama (we were able to piece that together because this AIP production, like Raw Nerve (1991), was shot in Alabama, and the local paper, the “City Press” announced there was going to be a “Governor’s Convention” on its front page). Phillips is confused, and even more so when Justice Department agent Richard Morgan (Davi) wants him to continue playing the part of “John Logan” so he can ensnare the rest of the nefarious organization and prevent the assassination. Add to that Phillips’ lawyer/girlfriend Katherine (Tilton) who is trying to help him but gets swept up in the confusion, especially when Alessandro (Hopkins) is poking around wanting answers. And where do Stephen Moore’s (Curtis) true loyalties lie?

Needless to say, there are many, many twists and turns and you don’t know who is double-crossing who. Sure, a lot of it doesn’t make much sense but who is really monitoring this very closely? It appears that Center of the Web was one of AIP’s attempts at striving for better. They were obviously trying to move away from junkiness and do something a little classier. For the most part, we would say they were successful, if the goal was something less silly. But is that what people really want? The weirdest thing about this AIP film was its pacing. It seemed weird and offbeat, perhaps not on purpose. Hard to say.

The stand-out scene in the film is the one and only action/stunt sequence. We won’t spoil it, you’ll know it when you see it. It’s actually very impressive. For a more “mature” AIP experience, try Center of the Web. 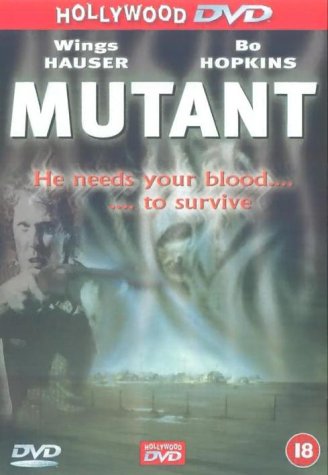 Wings Hauser, star of many a straight-to video movie in the 80s, stars in this decidedly silly, but enjoyably unpretentious slab of sci-fi/horror.

With a script constructed from a well-worn genre clichés, Mutant’s director, John ‘Bud’ Cardos opts to play things straight where others may have aimed for a more tongue in cheek approach; the result is a fun filled B-movie which, despite its script and cheesy plot structure, works extremely well.

After being run off the road by truck-driving rednecks, brothers Josh and Mike Cameron (Wings Hauser and Lee Montgomery) set off on foot for the nearest town. Unfortunately for them, the nearest town is infected with toxic waste (being dumped by an unscrupulous chemicals company) that is turning the residents into acid-secreting mutants. Josh, along with pretty schoolteacher Holly (Jody Medford), battles for survival, while trying to convince boozy sheriff Will Stewart (Bo Hopkins) that the town is under threat from a horde of killer mutants

Director Cardos perfectly captures the B-movie vibe and his likable cast throw themselves into their roles with gusto, giving some decent performances. Bo Hopkins is particularly good as the alcoholic cop and he shares some nice scenes with Jennifer Warren, who plays small town doctor, Myra Tate. Cardos, obviously no stranger to the genre (his mutants closely resemble the zombies from Romero’s Dawn of the Dead) has the good sense to kill off characters that you would lay money on to survive in most horror films; this means that, with the gloves off, Cardos can have fun playing with the audiences expectations. In an exciting finale, in which Josh and Holly are surrounded by mutants, Cardos toys with the possibility of a downbeat ending, before the good sheriff and his men arrive to save the day.

If you’re after an undemanding and fun viewing experience, you could do a lot worse than to pop Mutant into your DVD player