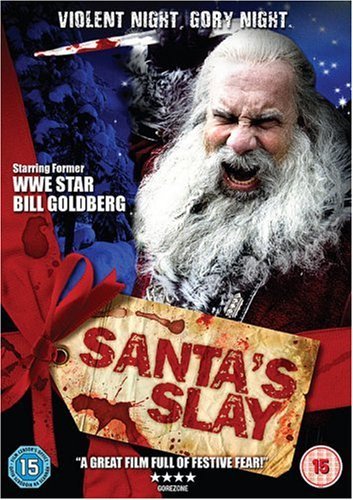 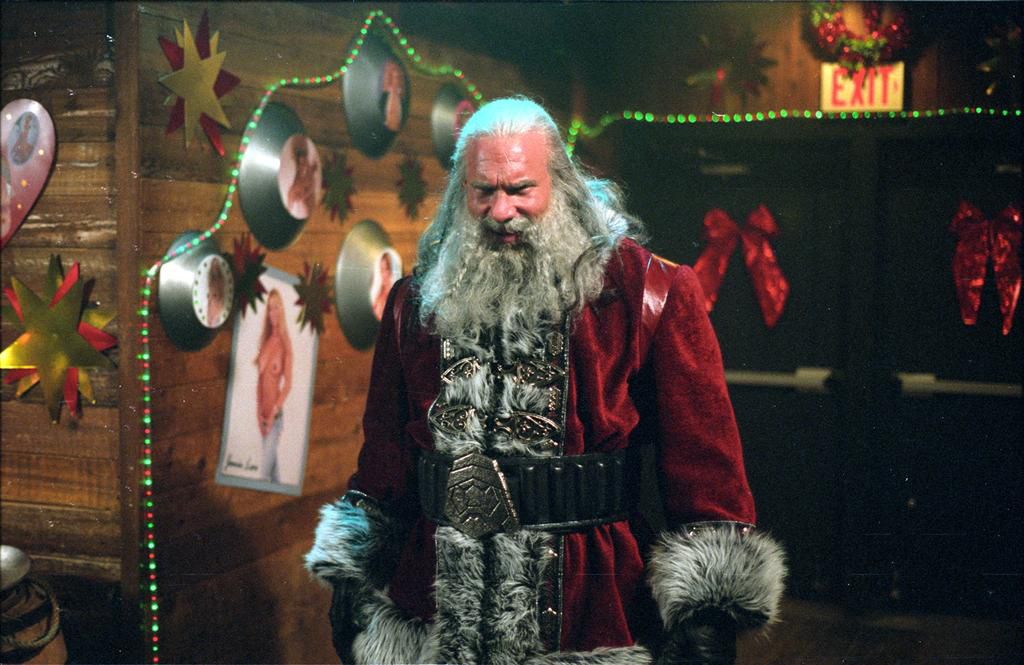 On Christmas Eve, the Masons, a wealthy yet dysfunctional family, are sitting down to Christmas dinner when Santa Claus (Bill Goldberg) comes down the chimney and kills them all in a variety of ways. The cast for the opening scene includes bit roles by several famous Jewish actors. 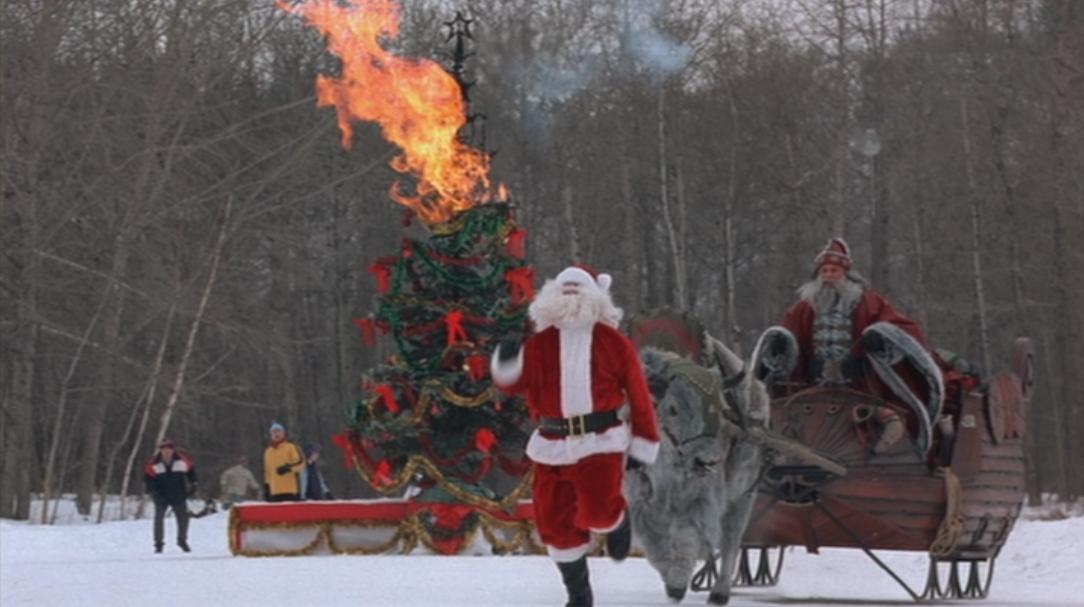 Riding on his sleigh driven by his “hell-deer”, Santa arrives at Hell Township and decimates the locals in various holiday-themed ways. In one of his kills, Santa slaughters the occupants of a local strip club, frequented by Pastor Timmons (Dave Thomas), a crooked minister, who manages to survive the massacre. Later, Santa murders the local Jewish delicatessen owner Mr. Green, (Saul Rubinek), using his own menorah. 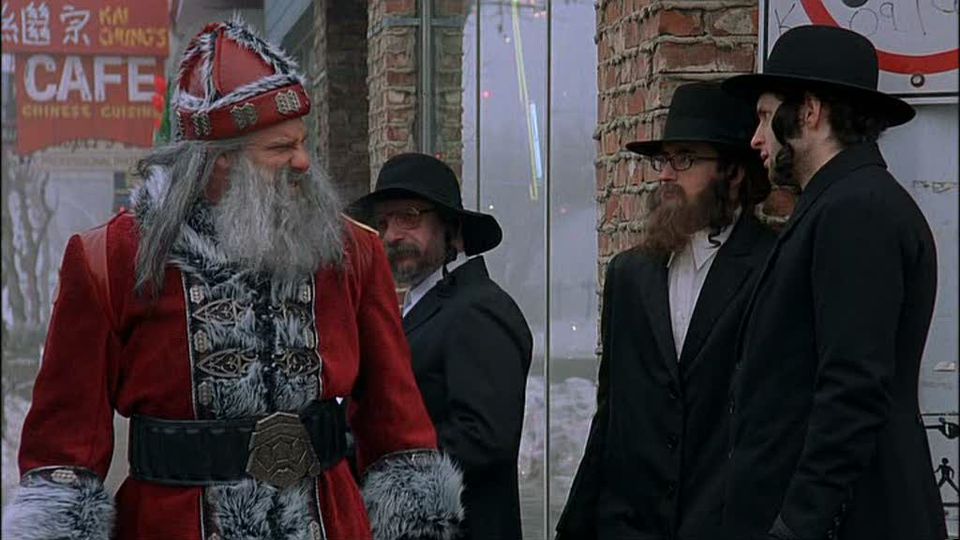 Meanwhile, teenager Nicholas Yuleson (Douglas Smith) is living with his crazy grandfather (Robert Culp), a crackpot inventor who has built a bunker in their basement to survive Christmas. When Nicholas asks Grandpa why he hates Christmas, he is shown “The Book of Klaus”, which reveals the origins of Santa Claus. Apparently, Santa was the result of a virgin birth produced by Satan (just as Jesus was the result of a virgin birth produced by God–meaning that Santa is somewhat of an Antichrist). Christmas was “The Day of Slaying” for Santa until A.D. 1005, when an angel defeated him in a curling match and sentenced him to deliver presents on Christmas for 1000 years. This means that Santa is free to kill again in 2005.Upon arriving at the delicatessen, Nicholas is taken to the police station for questioning about Mr. Green’s murder. He is bailed out by his girlfriend Mary “Mac” Mackenzie (Emilie de Ravin), just before Santa arrives and kills all of the officers. Santa pursues Nicholas and Mac in a police car, but they are able to escape, thanks to a shotgun left in Mac’s truck by her gun-crazed father (Jeff Hanna). They flee to Mr. Yuleson’s bunker, with Santa still in pursuit. Nicholas and Mac manage to escape, care of Grandpa’s snowmobile; but Grandpa is run over by Santa’s “hell-deer” and killed.

The two teens hide in a local high school, hoping that Santa’s powers will end once Christmas ends; but they are eventually forced to confront him in the gym. They are almost killed by Santa on a Zamboni but are saved by Grandpa, who is actually the angel who originally defeated and sentenced Santa. With Christmas over and his powers gone, Santa flees in his sleigh; but his “hell-deer” are shot down by Mac’s father with a bazooka. Pastor Timmons is found dead in a Santa suit and is presumed to be the killer, while, in fact, the real killer Santa Claus is boarding a flight from Winnipeg to the North Pole. After the credits, Santa is seen looking over his Naughty List, when he looks into the camera and says “Who’s Next?”

A movie never meant to be taken seriously, but oh so enjoyable if you’ve a mind to. I mean, come on, GOLDBERG is SANTA!!! If you’re looking for a friendly, family-oriented Christmas movie, do NOT watch this. A carnage filled Christmas delight. Goldberg has some great one liners and I have to say that I look forward to seeing him in other films because of this one. An actor or a film that doesn’t take itself too seriously is what we need more of these days. People take themselves too seriously. And apparently this is too short to post. Death. Mayhem. Santa. Satan’s offspring.