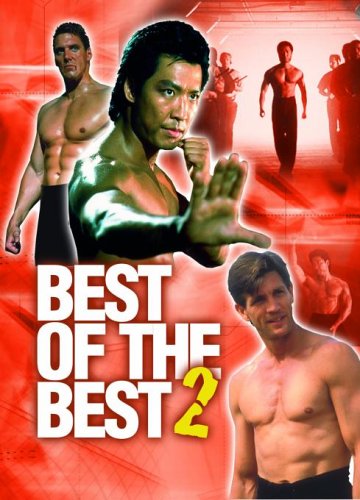 In an underground fight club, blackbelt Travis Brickley is killed after losing to the evil martial arts master Brakus. Travis’ death is witnessed by Walter Grady, the son of his best friend Alex Grady. Alex and his partner, Tommy Lee, vow to avenge their friend’s death by defeating Brakus and shutting down the fight club.

Eric Roberts, and Chris Penn are back as our Tae Kwon Do trio, now running a martial arts school. Chris, however, is bored of the antics and heads off to a place called The Coliseum, where folks basically fight for cash. Chris reckons he can take on the owner, a man so muscly he looks like a rubber glove filled with walnuts. This is Brakus, who thinks guns aren’t manly enough. Chris doesn’t do too well in the fight and the last time we see him he’s being lowered into the ground in a box. Luckily he was stupid enough to take Eric’s kid along to the fight so now Tommy and Eric are all out to get Brakus. It gets better when Tommy smashes Brakus’ face against a mirror and now Brakus has a scar on his face and ends up pouting around the place in a dressing gown staring into a mirror and just getting madder and madder. So Tommy and Eric want to kill Brakus and Brakus wants to kill everyone related to Tommy and kill Tommy in the ring at the Coliseum.

They all have a friendly punch up and then it’s montage time! This time round the film get it right, and just in time too before some of Brakus’ men arrive in a helicopter and seemingly kill everyone except Tommy (Billy himself goes down fighting in an impressive Massimo Vanni style shoot-out). There’s also a massive explosion for all those massive explosion fans out there. So now Brakus has Tommy to fight in the ring and Tommy thinks everyone’s dead, so all he’s got left is the motivation to kick Brakus in the face several thousand times. Didn’t feel like Brakus thought that one through too much. This film is a lot more fun that the last one and is non-stop action and cheese from start to finish. A total winner! Even Eric’s hair is more dynamic and manageable this time round. Buffy fans shud note David Boreanaz has a very small part in the film. 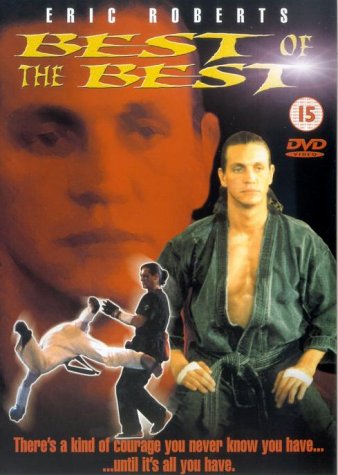 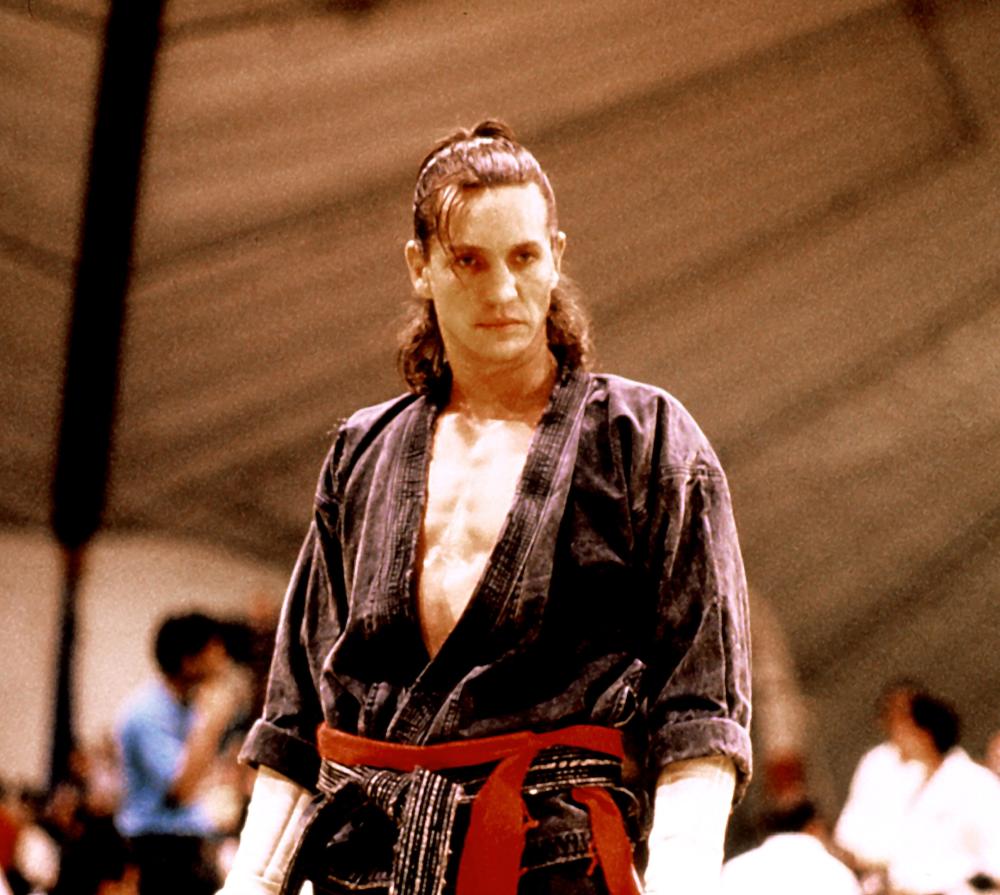 The first “Best of the Best” never got a chance at the British box office. However, as a video release it did quite well from what I recall. Sadly this reputation was short-lived in Britain by its highly criticised sequel, which did make it to the big screen. The 90’s were a very cynical time and at the time of Best of Best’s release martial arts cinema was in its the kickboxer-craze. 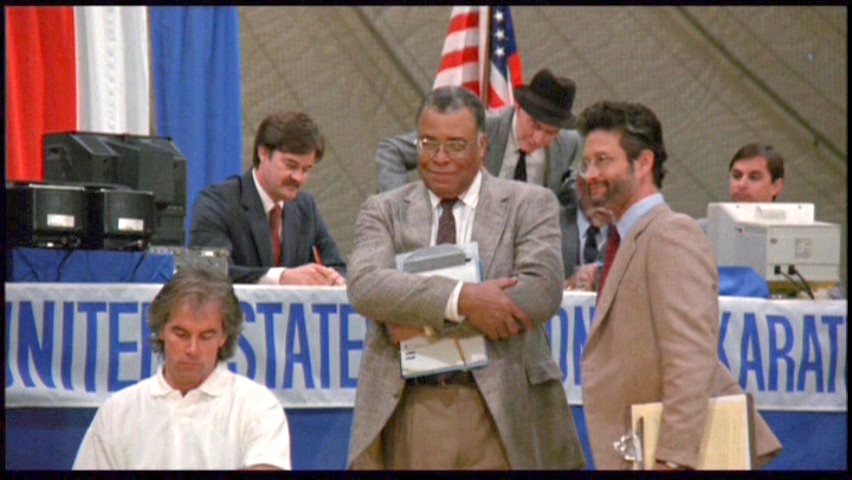 In retrospect this was one of the worst times as far style in the genre goes, as kickboxing does not possess the asthetic quality of most styles. This was where Best of the Best stood out . It provided good characterisation, good actors such as Eric Roberts, James Earl Jones, Sally Kirkland, Christopher Penn et al and good martial artists. The dominant style in the film is Taekwondo, performed by great Korean exponents of the style. 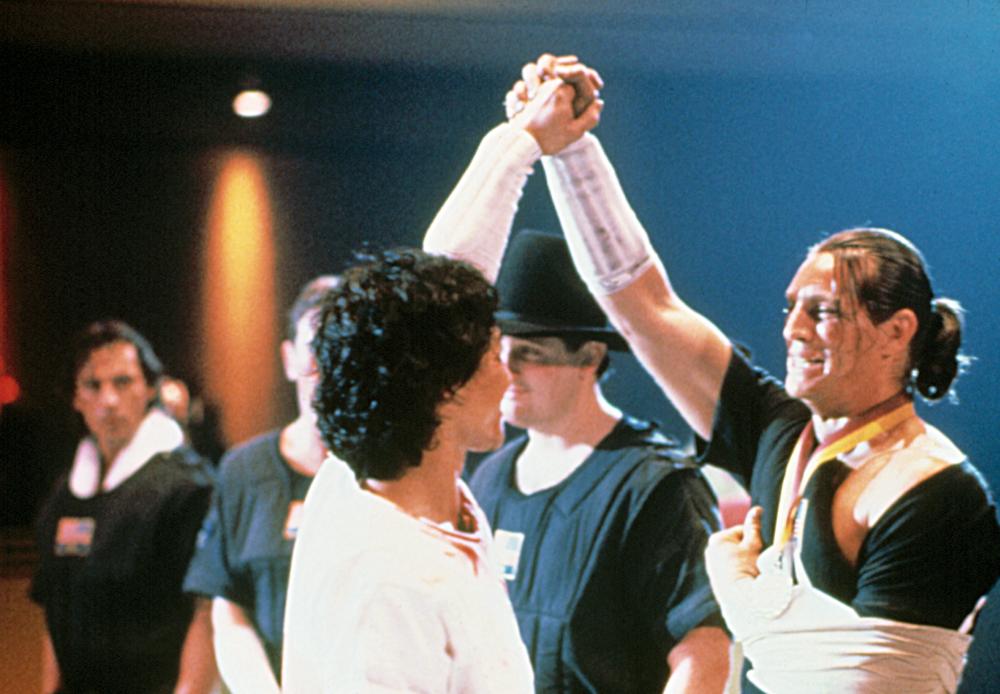 Phillip Rhee, who was involved in the production of the film, had a solid background in both Taekwondo and Hapkido (the latter you don’t see displayed until Best of the Best 2) and plays off superbly against Simon Rhee in the film’s climax.Before Marc Dacascos showed the western world that it was possible to have a great martial artist and serious actor in the same package, Best of the Best lead the way. The sequel, although inferior, is also worth checking for a change in direction of the “Bloodsport” style films.