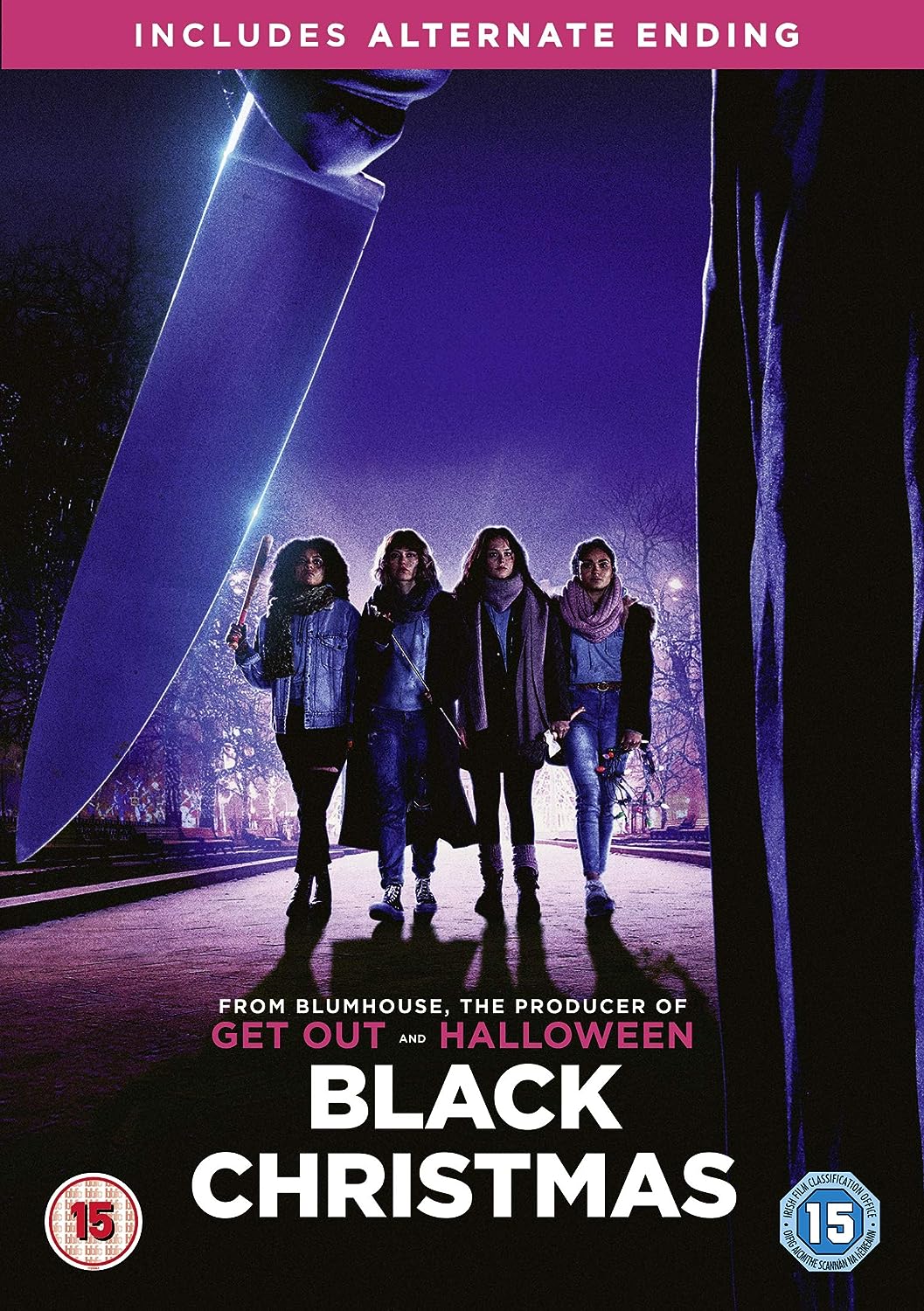 While walking home, Hawthorne College student Lindsey is impaled with an icicle by a trio of masked figures. The rest of Hawthorne College is preparing for the Christmas holiday break. Riley Stone, a student at the College’s Mu Kappa Epsilon (ΜΚΕ) sorority, is still struggling to move on from being raped by Delta Kappa Omicron (DKO) fraternity president Brian Huntley (which no one besides her close friends believed her about despite Brian being forced to leave).Her sorority sisters Kris, Marty, Jesse, and Helena are taking part in the DKO talent show with a dance choreographed by Riley. Riley gives Helena her lucky comb. Meanwhile, Kris has drawn the ire of the DKO fraternity and Riley and Marty’s lecturer Professor Gelson following a petition from her requesting that university founder and notorious misogynist Calvin Hawthorne’s bust be moved away from the main building and another requesting Gelson be fired due to his refusal to teach books written by women. While at her job at a coffee shop, Riley learns that Brian will be back in town to oversee the talent show. She also meets Landon, a friendly boy from the DKO fraternity who takes a liking to her.The group arrives at the DKO fraternity where Riley catches a glimpse of a strange ritual involving new pledges for DKO and a black goo leaking out of the Calvin Hawthorne bust. She also stumbles across Helena about to be sexually assaulted by one of the frat boys. Riley intervenes and sends a tipsy Helena home. Riley takes Helena’s place in the talent show and upon seeing Brian in the crowd, performs a song with her sorority sisters blasting the rape culture at the fraternity and stating that Brian did rape Riley.

The girls leave in high spirits and Riley bonds with Landon. Meanwhile, back at the MKE house, Helena is abducted by Lindsey’s attacker. The next day the girls start to receive threatening DMs from a Calvin Hawthorne account similar to what Lindsey had received before she was murdered. Meanwhile, sorority sister Fran is also killed by the masked man. Concerned that Helena has seemingly not gone home to her parents as planned, Riley alerts campus security who are apathetic and assume Helena has run off with a boyfriend. After a strange encounter with Gelson outside the DKO fraternity, where she finds a list of the MKE girls among some papers he dropped, Riley returns home.Marty and her boyfriend Nate have an argument and she kicks him out of the house that night while Riley and Kris argue over Kris’ uploading the talent show video online and Riley now fears retaliation from members of the fraternity. Jesse goes to the attic to get some Christmas lights and is murdered, her body left in the attic. Riley, Kris, and Marty receive more threatening messages before being attacked by a bow-wielding assailant who injures Marty. The girls lock themselves in a room and Riley ventures out to retrieve her phone. Meanwhile, Kris goes to the attic to warn Jesse and discovers her body. Nate arrives back at the house looking to apologize and is promptly murdered. Riley then uses Nate’s car keys to kill the masked man. She reunites with Kris and Marty and they are attacked by two other masked men. Marty is gravely wounded but manages to buy Riley and Kris enough time to hide in the kitchen before dying. The pair overpower and kill the attacker. They remove his mask after being alarmed that they are covered in black goo instead of blood. Riley identifies him as an DKO pledge she saw at the ritual and is alarmed by a strange look in the pledge’s eyes. 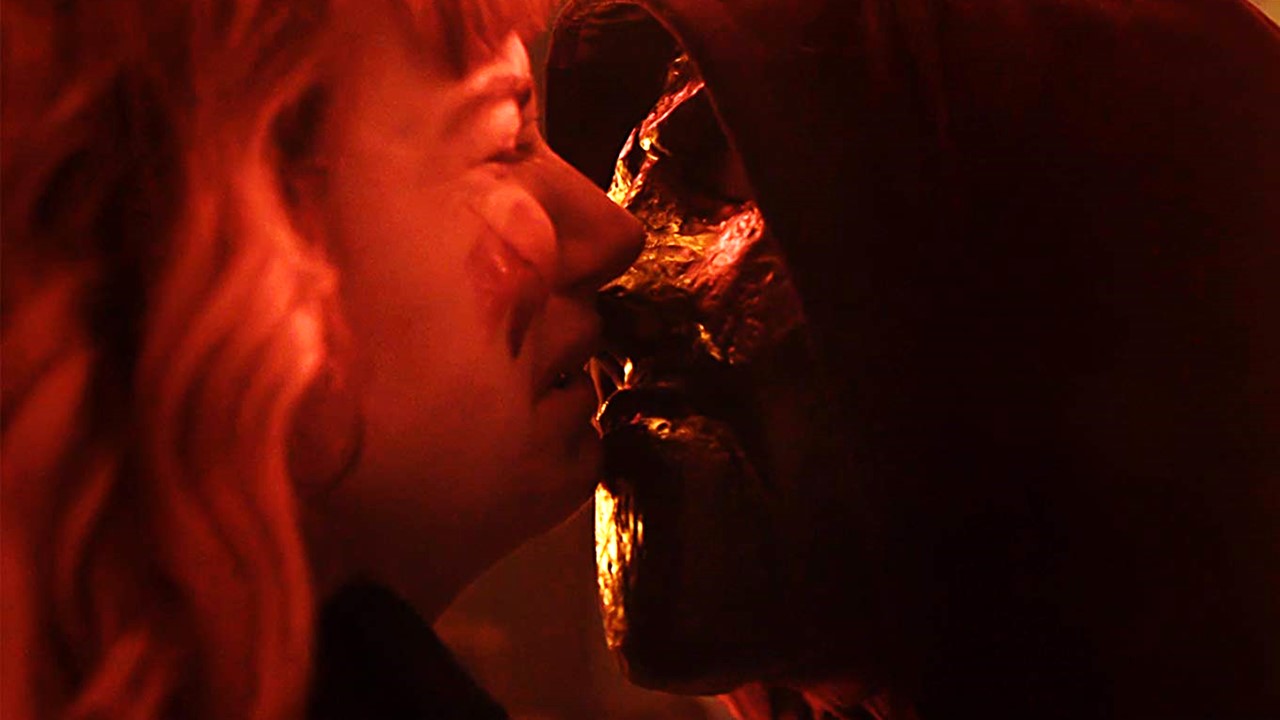 The pair escape the house in Nate’s car and Riley theorizes that Hawthorne, who was known for dabbling in black magic, is responsible for the killings via his bust and the black goo it emitted. Kris shoots down the idea and suggests they go to the police but Riley demands they go to the DKO fraternity to fight. They argue and Riley heads off to confront the frat herself. She encounters Landon and enlists him to help her enter the fraternity. Meanwhile, Kris stumbles across Lindsey’s sorority, which had angered DKO for not wanting to take part in the talent show. She discovers Lindsey’s sorority sisters are also being attacked by other DKO pledges and manages to rescue them. At the DKO house, Riley and Landon break in, but Landon is cornered by the frat brothers who convince him to be a pledge. Riley witnesses the Hawthrone bust leak the black goo before discovering Helena, who is tied up but still alive. Attempting to rescue Helena, Riley unties the bonds securing Helena’s hands behind her back but is suddenly knocked unconscious by an DKO member. 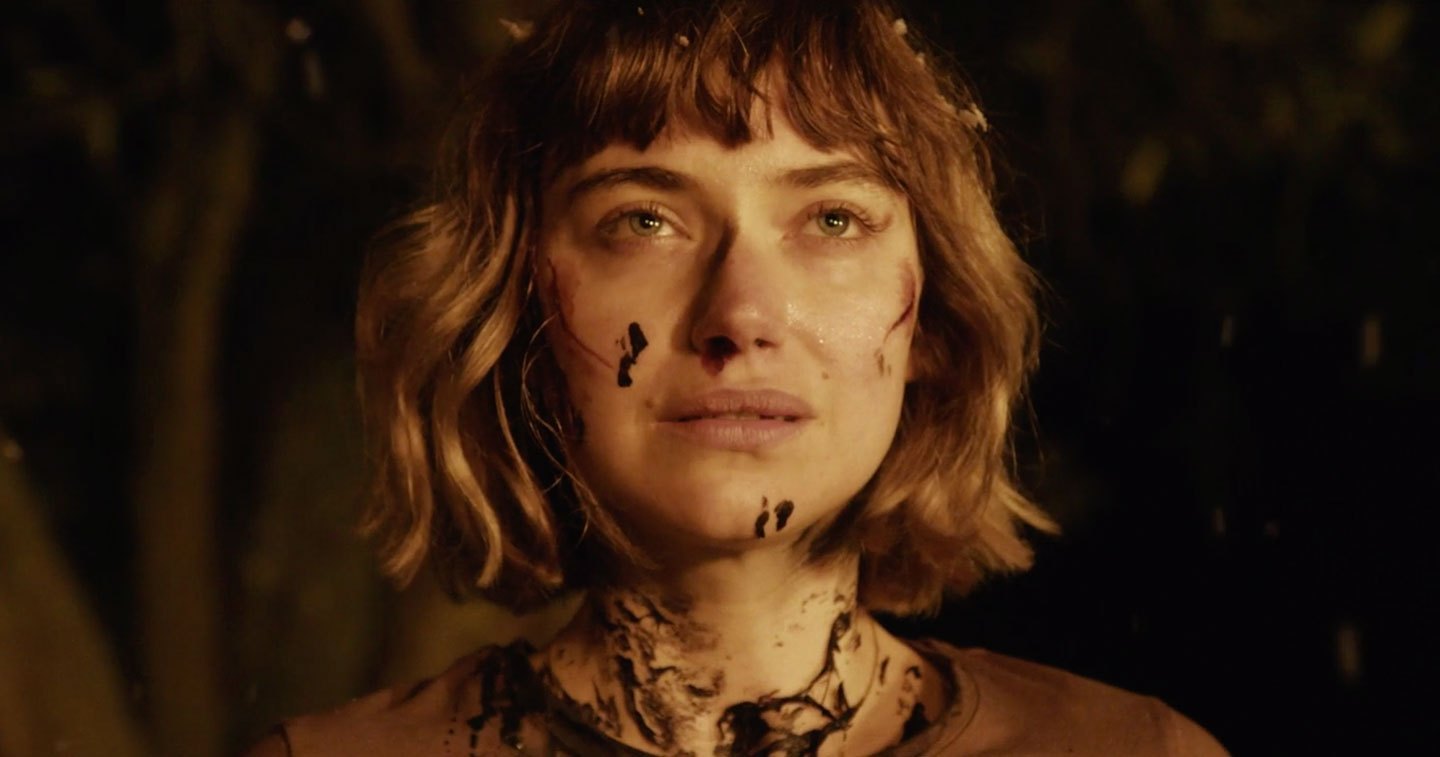 Riley awakens to find herself sitting tied up on a chair. She is confronted by Gelson, Brian, and the DKO frat boys who have inducted Landon as a pledge. Gelson explained that after Kris forced the bust’s relocation to the fraternity they discovered Hawthorne’s plan, involving a spell and the black goo, to keep unruly women in check. The goo allows the spirit of Hawthorne to possess the fraternity’s pledges and send them out to murder any women that stepped out of line. 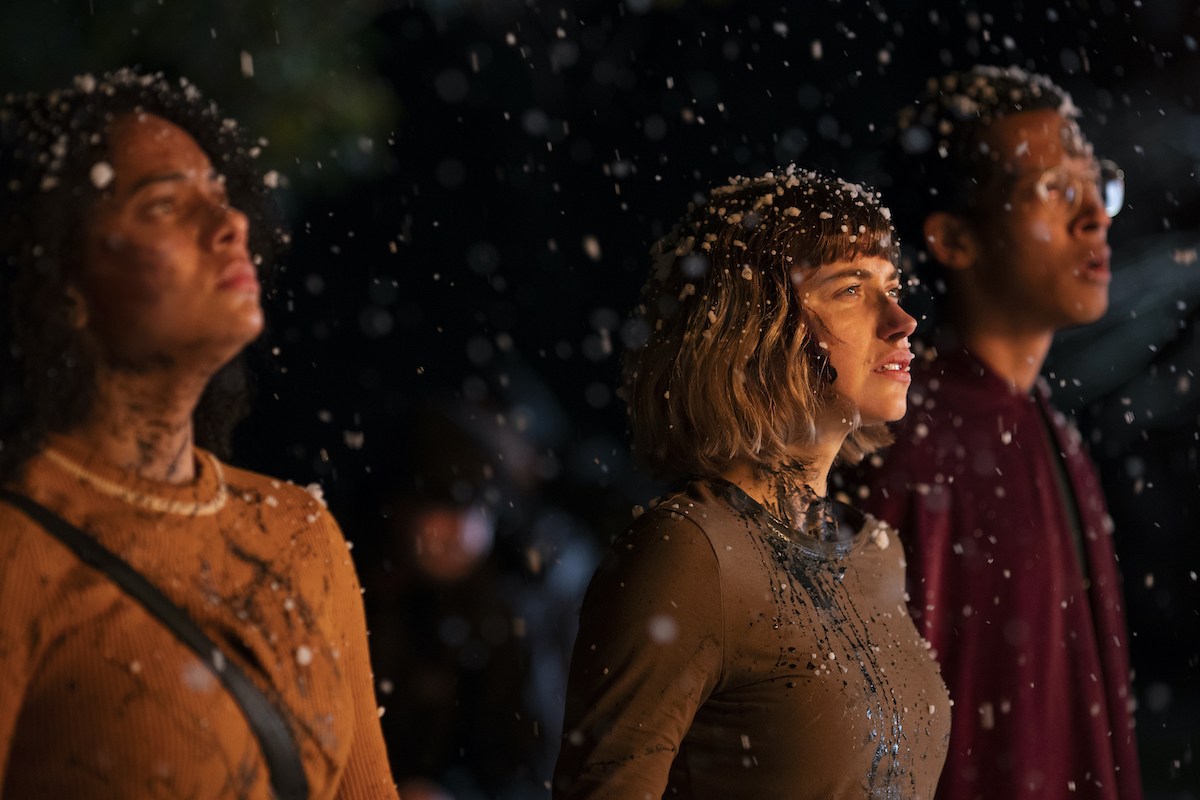 It is also revealed that Helena has been secretly working with the fraternity and stole several items from her sisters that allowed the possessed pledges to easily locate their targets. One of the pledges murders Helena despite her willingness to be a “good woman” to the frat as a show of power to Riley. Brian forces Riley to bow to him, but she plans to attack him; at the same moment Kris and Lindsey’s surviving sorority sisters enter and fight the fraternity. Riley overpowers and kills Brian. She then smashes the Hawthorne bust. Kris sets Gelson on fire and the women and Landon escape, locking the frat brothers inside and leaving them to burn to death. As the traumatized group watch the frat house burn, Riley watches with newfound bravery. In a mid-credit scene, the cat that was the MKE sisters’ pet is seen licking the black liquid. 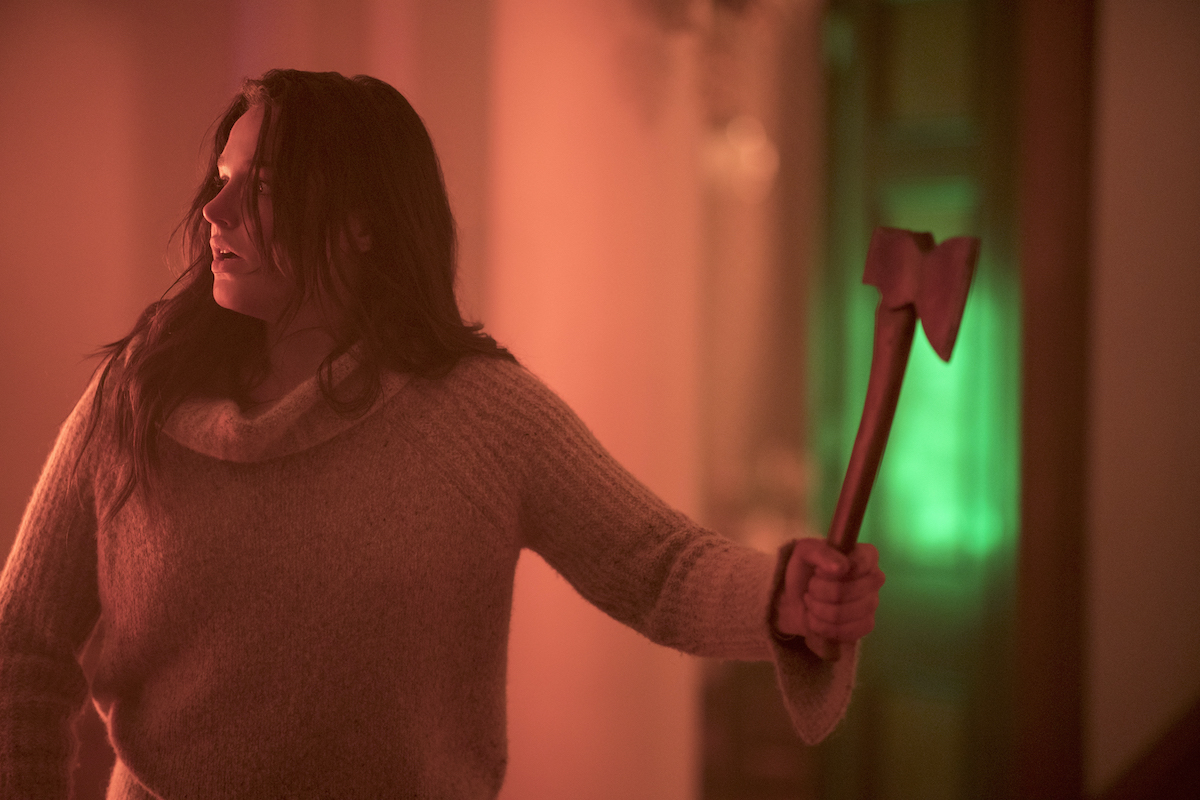 As a remake, it misses the mark horrendously. As a horror film, it leaves a lot to be desired. It may not be a bad film, but it’s an incredibly boring one.