In the near future, the cloning of animals and human organs has become routine. Cloning entire humans, however, is prohibited by what are known as “Sixth Day” laws. Billionaire Michael Drucker, owner of cloning corporation Replacement Technologies, hires charter pilot Adam Gibson and partner Hank Morgan for a ski trip. Due to Drucker’s prominence, the two must first undergo blood and eye tests to verify their aptitude. On the day of Drucker’s arrival, Adam finds that his family dog Oliver has died, and Hank offers to fly Drucker instead to allow Adam time to have the pet cloned. After visiting a “RePet” shop, he remains unconvinced.

Adam returns home and discovers that not only has Oliver already been cloned, but a purported clone of himself is with his family. Replacement Technologies security agents Marshall, Talia, Vincent and Wiley arrive with the intention on killing Adam. Adam escapes and this chase results in the deaths of Talia and Wiley. Both are later cloned. Adam seeks refuge at Hank’s apartment after the police betray him to the agents. A while later, Tripp (whom Adam recognizes from the ski trip) kills Hank and is mortally injured by Adam. Revealed as a religious anti-cloning extremist, Tripp informs Adam that Hank was a clone, since he killed the original one on the mountaintop earlier that day, to be able to kill Drucker, who was also a clone, and there’s now a new Drucker clone. Tripp then commits suicide to avoid being captured by Marshall and the others. The agents arrive again and Adam is able to kill Talia again, and steals her thumb. Adam sneaks into Replacement Technologies with Talia’s thumb and finds Dr. Griffin Weir, the scientist behind Drucker’s illegal human-cloning technology. Weir confirms Tripp’s story, adding that to resurrect Drucker the incident had to be covered up and Adam was cloned because they mistakenly believed he had been killed. Weir explains that Drucker – who already died years before – could lose all his assets if the revelation became public, since clones are devoid of all rights. Sympathetic with Adam’s plight, Weir gives him a memory disk (syncording) of the Drucker clone but warns him that Drucker may go after the other Adam and his family. Weir also discovers that Drucker has been engineering cloned humans with fatal diseases as an insurance policy against betrayal. Upon finding out that his own wife was one such victim, Weir confronts Drucker who then shoots him dead while promising to clone both him and his wife.

Drucker’s agents abduct the Gibson family and Adam comes face to face with his clone. After punching the clone for sleeping with his wife, Adam teams up with his doppelgänger and the two devise a plan to destroy Drucker’s facility. While Adam wrecks the security system and gets himself captured, the clone sneaks in, plants a bomb and rescues his family. Drucker tells Adam that he himself is the clone; the other Adam is the original one. Enraged, Adam fights off Drucker’s agents and Drucker is mortally wounded. Drucker manages to clone himself before he dies but the malfunctioning equipment causes the new Drucker to be incomplete. As the cloned Adam fights his way to the rooftop, he is rescued via helicopter by the real one. Meanwhile, the new Drucker falls to his death and the facility explodes.

Now having a more moderate view of cloning, the real Adam arranges for his clone to move to Argentina to start a satellite office of their charter business. The clone’s existence is kept a secret, especially upon discovering that his DNA has no embedded illnesses, giving him a chance at a full life. As a parting gift to the Gibson family, the clone gives them Hank’s RePet cat, Sadie. The real Adam gives the clone a flying send-off.

The film is fast paced, while raising interesting questions about the morals of cloning. Arnies acting is as wooden as ever, but he has such screen presence this can as ever be forgiven. The special effects are good and make for a believable future. 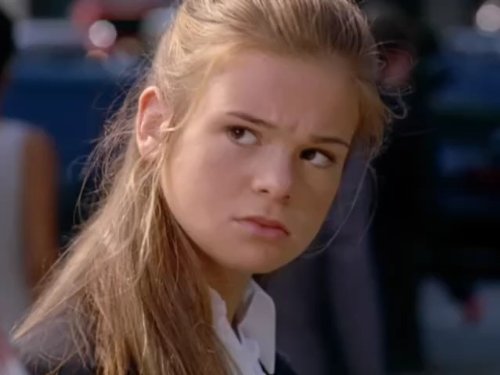 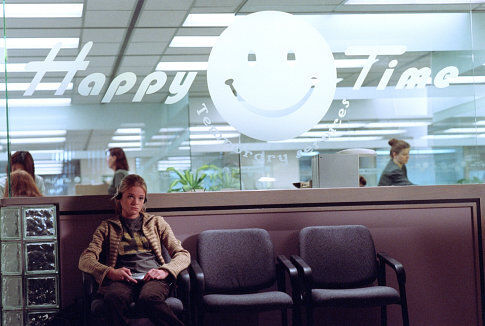 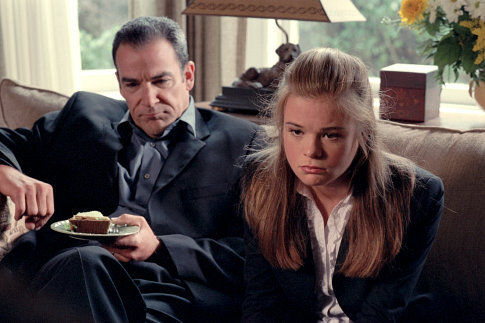