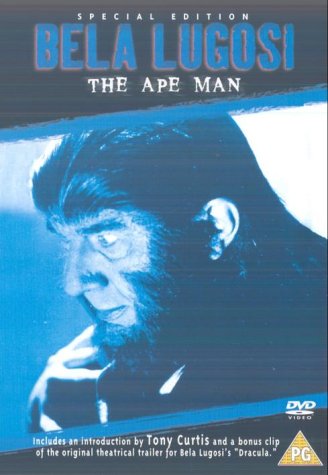 Dr. James Brewster (Bela Lugosi) and his colleague Dr. Randall (Henry Hall) are involved in a series of scientific experiments which have caused him to transform into an ape-man. In an attempt to obtain a cure Brewster believes that it will be necessary to inject himself with recently drawn human spinal fluid. When Randall refuses to provide the fluid, Brewster and his gorilla draw spinal fluid from those whom they have murdered. Most of the movie involves a male reporter and a female reporter who snoop around trying to find out what Brewster is up to and what is happening to the people who keep vanishing without a trace. There’s also another man who sometimes pops up and looks in the window. The reporters and the police don’t know who he is. At the end of the movie the mystery man admits, “I’m the one who wrote this movie. It’s kind of silly, isn’t it?”

The film definitely has some problems – for example, the aforementioned plot device that gets dumber every time I think of it, a late-stage animal mood swing that doesn’t add up, and the fact that Dr. Randall is supposedly the only person qualified to fill a shot with spinal fluid and jab it in Brewster’s arm. Bela, for his part, is consigned to his pre-Planet of the Apes get-up throughout, which rules out a single classic Bela close-up. Obviously, it’s not fun watching the great Bela Lugosi run around like an ape for an hour, but, no matter how bad things were in his personal life or how demeaning a role he had little choice but to accept, Lugosi always gave his all as an actor. He alone makes The Ape Man more interesting and entertaining than it has any right to be.