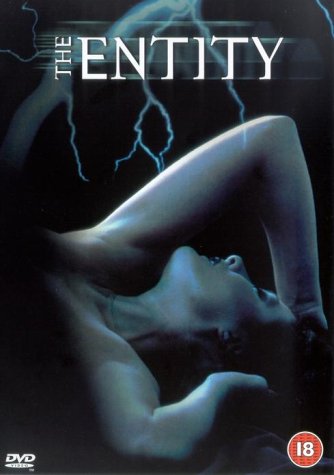 The movie begins as single mother Carla Moran (Barbara Hershey) is violently raped in her home by an invisible assailant. A subsequent episode of poltergeist activity causes her to flee with her children to the home of her friend Cindy (Margaret Blye).

They return to Carla’s home and the following day, Carla is nearly killed when her car mysteriously goes out of control in traffic. Urged by Cindy to see a psychiatrist, Carla meets with Dr. Sneiderman (Ron Silver) and tentatively agrees to undergo therapy. A subsequent attack in her bathroom leaves bite marks and bruises, which Carla shows to Dr. Sneiderman, who believes she has inflicted them on herself (despite the marks showing up in places impossible for her to reach). We learn that Carla suffered a variety of traumas in her childhood and adolescence, including sexual and physical abuse, teenage pregnancy and the violent death of her first husband. Dr. Sneiderman believes her apparent paranormal experiences are delusions resulting from her past psychological trauma.

Carla is attacked again, this time in front of her children. Her son tries to intervene but he is hit by electrical discharges and his wrist is broken. Dr. Sneiderman urges her to commit herself to a psychiatric hospital for observation, but she refuses.

After Cindy witnesses an attack, the two discuss possible supernatural causes. While visiting a local bookstore, Carla happens to meet two parapsychologists, whom she convinces to visit her home. Initially skeptical, they witness several paranormal events and agree to study the home. During their study, Dr. Sneiderman arrives and confronts Carla, trying to convince her that the manifestation is in her mind, but she dismisses him. Reassured that her case is being taken seriously, Carla begins to relax. Her boyfriend Jerry (Alex Rocco) visits and she suffers a particularly disturbing attack, which he witnesses. Hearing the commotion, Carla’s son enters the room and believes that Jerry is harming her, prompting him to attack Jerry. Later at the hospital, Jerry is so troubled by the experience that he ends their relationship.

Desperate for a solution to her problem, Carla agrees to participate in an elaborate experiment carried out by the parapsychologists. A full mock-up of her home is created to lure the entity into a trap. Liquid helium will be used to freeze the entity, once inside. Before the experiment can begin, Dr. Sneiderman unsuccessfully tries to convince Carla to leave. The entity arrives but unexpectedly takes control of the liquid helium jets and uses them against Carla. She defiantly stands up to it, stating that it can never have her. Dr. Sneiderman rushes in and saves her. As they look back, they see the entity frozen for a brief period into a very large mass of ice. It eventually breaks free and vanishes, but Dr. Sneiderman realizes that Carla was telling the truth the whole time. Carla returns to her house the next day. The front door slams by itself and she is greeted by a demonic voice which says, “Welcome home, cunt”. She calmly opens the door, exits the house, gets in a car with her family and leaves. A closing disclaimer verifies that Carla and her family have moved to Texas. Carla still experiences attacks from the entity, although they have lessened in frequency and severity.

The Entity provides a lot of scares. Hershey gives a terrific performance in an early film role that could have been demeaning but isn’t. All-in-all it’s an effective horror film. 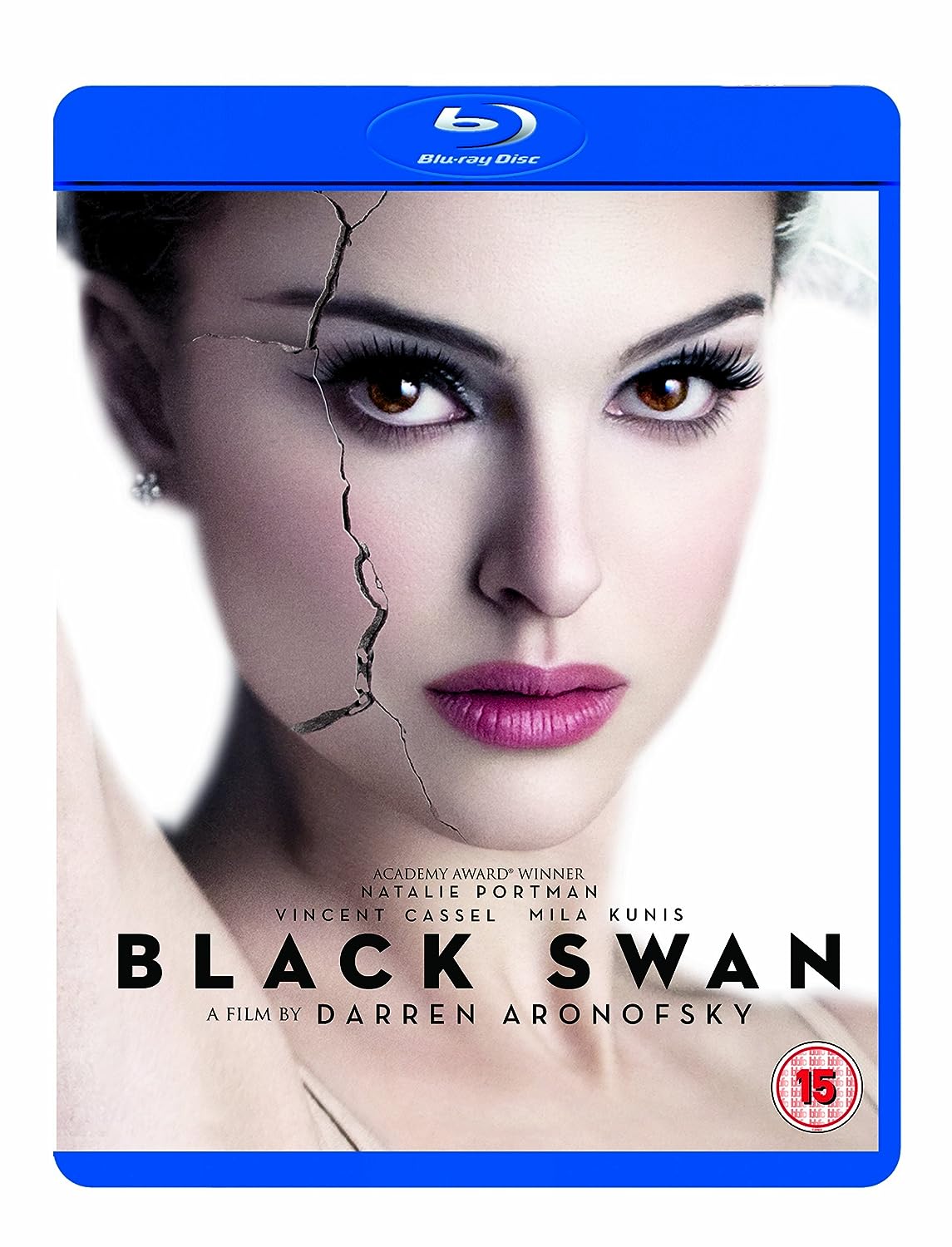 Nina Sayers (Natalie Portman), is a professional dancer in a New York ballet company. Nina lives in New York City with her overprotective mother, Erica (Barbara Hershey). The company is preparing to open the season with Swan Lake. The director, Thomas Leroy (Vincent Cassel), is looking for a new principal dancer after forcing Beth Macintyre (Winona Ryder) into retirement. Thomas wants the same ballerina to portray the innocent, fragile White Swan as well as her mysterious, sensual twin, the Black Swan. Nina auditions for the part, performing flawlessly as the White Swan, but she is not able to emulate the characteristics of the Black Swan. Upset, Nina approaches Thomas and asks him to reconsider her as the lead role. Thomas forcibly kisses Nina, and she displays a change of character and bites him, convincing him that she has the ferocity to play the Black Swan. Nina begins to witness strange happenings, and her mother finds scratches on her back.

An intoxicated Beth angrily confronts Thomas and Nina. Nina is worried that she will befall the same eventual fate as Beth, but stays quiet. Thomas tells Nina she needs to give herself to the sensuality of the Black Swan. He tells her to go home and masturbate, which she does. The next day, Nina finds out that Beth was seriously injured in a car accident, and Thomas tells her it was a suicide attempt. Nina realizes Beth will never dance again, and tearfully unpacks her belongings in Beth’s former dressing room. Thomas tells Nina to watch Lily (Mila Kunis), another dancer in the company, whom he describes as lacking Nina’s flawless technique but possessing an uninhibited quality that Nina has not shown. The relationship between Nina and Lily grows tense. During rehearsal, Thomas kisses Nina passionately, but leaves abruptly and tells her she must seduce him with her dancing. Nina finds unexplained scratches and blood on her body. Nina and her mother have an argument, interrupted by Lily’s unexpected arrival at their apartment. Lily and Nina go for a night out.

At a restaurant that evening, Lily offers Nina a capsule of ecstasy to help her relax. Initially, Nina turns it down, but later accepts a drink with ecstasy powder in it. Nina returns home late with Lily, fights with her mother, barricades herself in her room, and has sex with Lily until the latter seemingly smothers her with a pillow. The next morning, Nina wakes up alone and late for the dress rehearsal. When she arrives at the studio, she finds Lily dancing the Black Swan. After she confronts her, Lily admits she spent the night with a man she met at the club, and Nina realizes the encounter didn’t really happen. Nina’s hallucinations become stronger and more graphically sexual and violent.

Nina trashes the apartment and slams her bedroom door on her mother’s hands, and has hallucinations of becoming freakishly swanlike. Concerned about Nina’s behavior, her mother tries to prevent her from performing on opening night in an effort to keep her daughter safe. An enraged Nina forces her way out of the apartment. Thomas had assigned understudy Lily to take over, but is impressed at Nina’s confidence, and lets her play the Swan Queen. The first act goes well, until Nina is distracted by a hallucination during a lift, causing her partner to drop her. Distraught, she returns to her dressing room and finds Lily there. Lily announces her plans to play the Black Swan. Nina shoves her into a mirror, shattering it. Lily, seemingly dead, awakens, and her face changes shape, now a copy of Nina’s. The doppelganger starts to strangle Nina, who then grabs a shard of glass and stabs her rival in the stomach, apparently killing her. The doppelganger’s face reverts to that of Lily’s. Nina hides the body and returns to the stage.

Sprouting feathers, her arms become black wings as she finally loses herself and is transformed into a black swan. At the end of the act, she receives a standing ovation. Offstage, Thomas and the rest of the cast congratulate her on her stunning performance. Nina takes Thomas by surprise and kisses him. Back in her dressing room before the final act, Nina is congratulated by Lily, revealing that their fight was, again, imaginary. The mirror, however, is still shattered. Nina removes a small shard from her own body and realizes she stabbed herself. Dancing the last scene, in which the White Swan throws herself off a cliff, Nina spots her mother weeping in the audience. As Nina falls backward onto a hidden mattress, the theater erupts in thunderous applause. Thomas and the cast gather to congratulate her—only to find that she is bleeding profusely. As the white ceiling lights envelop her, she whispers, “I felt it. Perfect. It was perfect.”

As well as Portman shining, it is Aronofsky’s direction that makes the film. Akin to the work of Dario Argento, `Black Swan’ mixes ripe drama with horrific imagery. This is not a horror film as such, but does play on the psychology of is characters and you as an audience. `Black Swan’ is a great film.