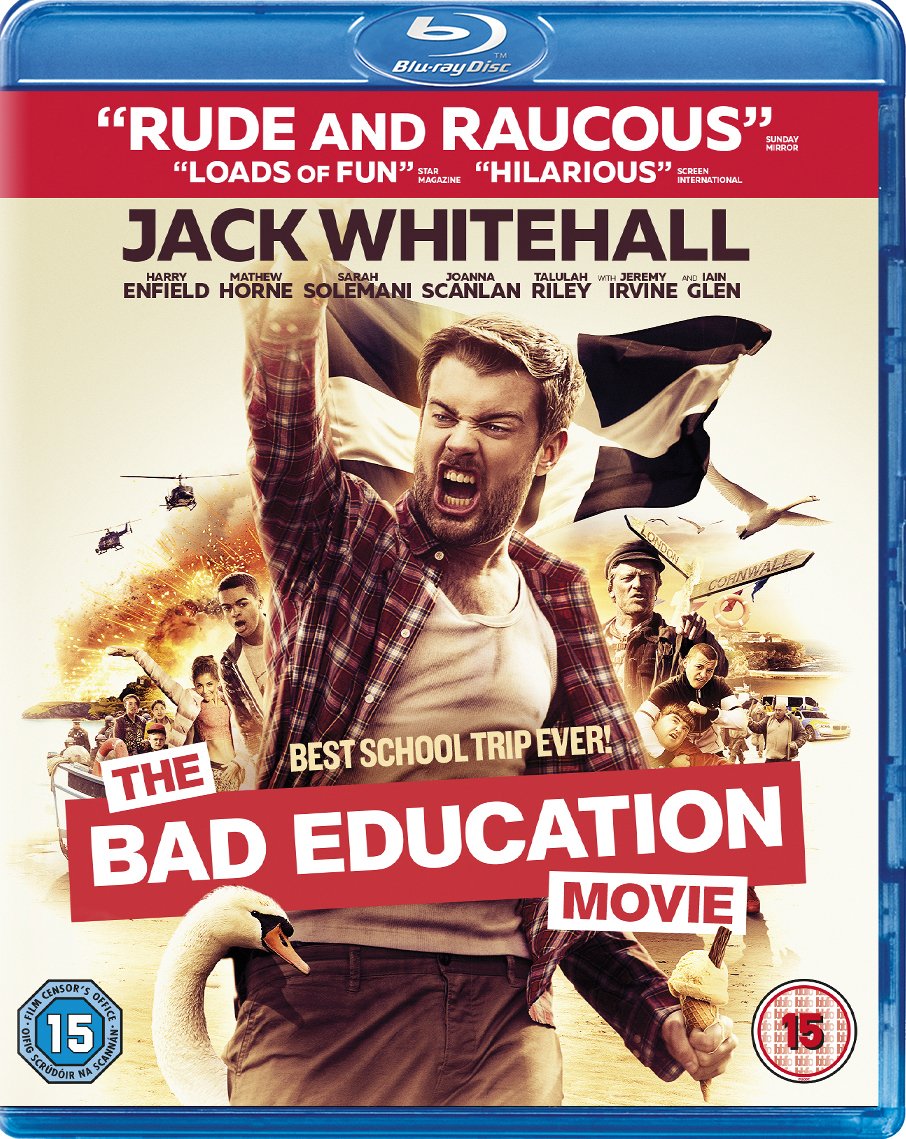 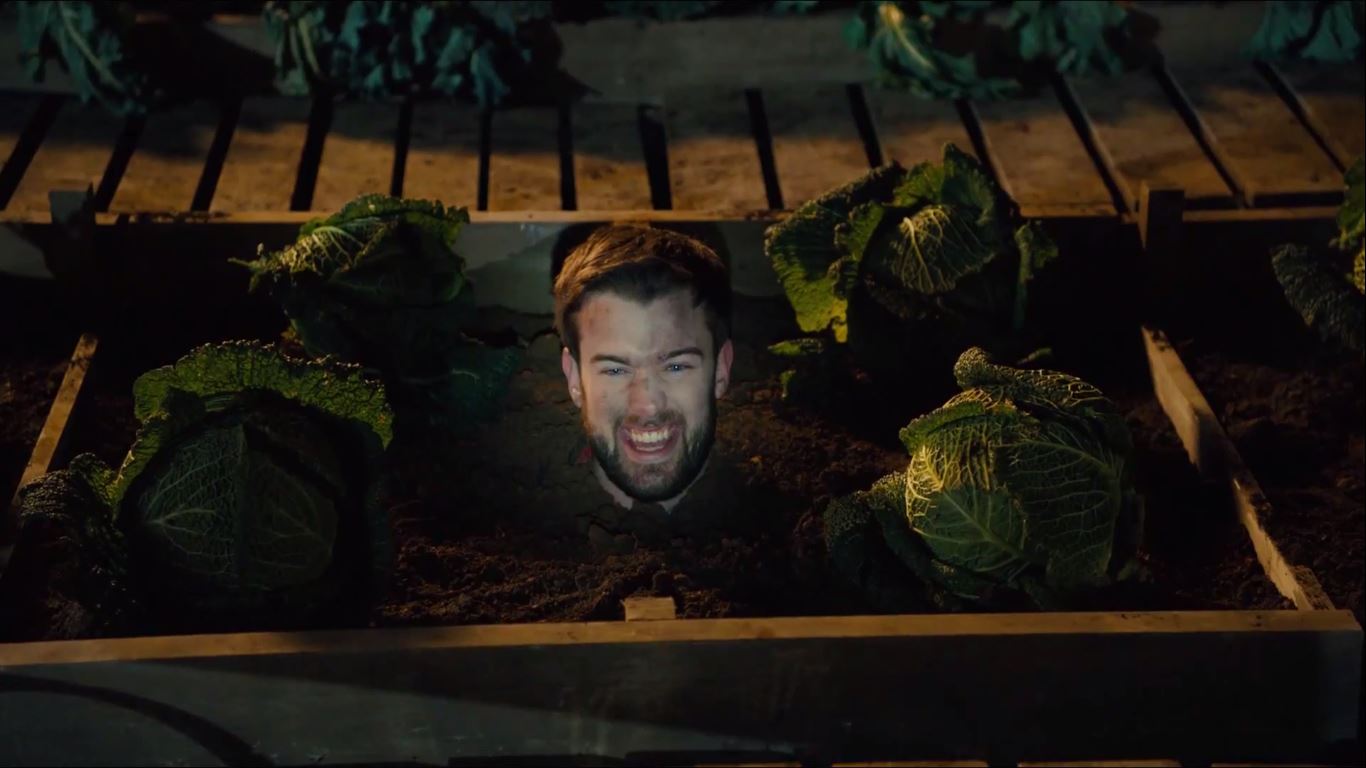 The film opens with Alfie Wickers (Jack Whitehall) having taken Class K on a school trip to Amsterdam. Unbeknownst to him, Mitchell (Charlie Wernham) has spiked his crepe with magic mushrooms, causing Alfie to hallucinate while in the Anne Frank Museum. He believes Jing (Kae Alexander) is a panda and is convinced that the Anne Frank dummy is alive, which leads to him stealing it from the museum (in a parody of E.T.) and ends up in a canal. 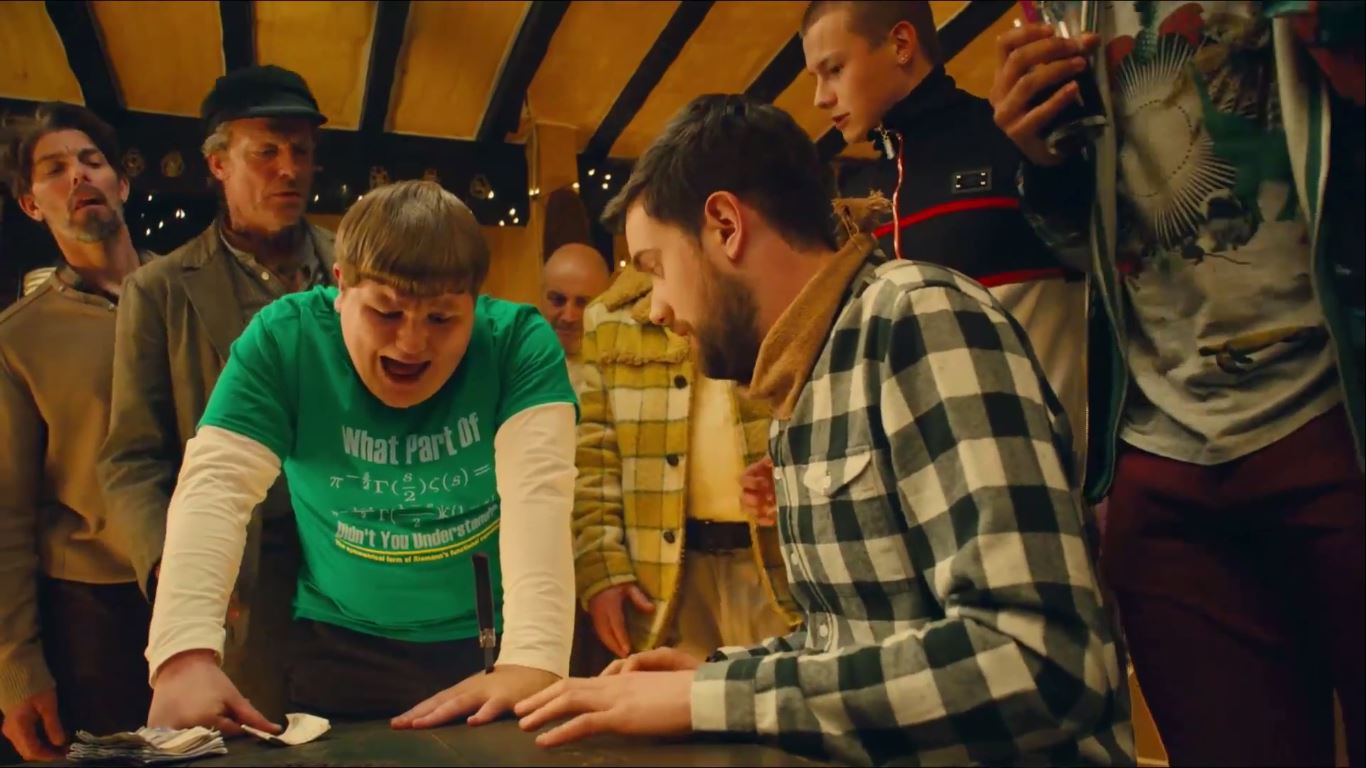 One year later, Alfie plans to take his class to Las Vegas, angering the PTA, who doubt the educational value of the trip. They demand that Alfie be sacked. Deputy Head and Alfie’s father Martin Wickers (Harry Enfield), headmaster Shaquille Fra$er (Mathew Horne) and teacher and Alfie’s girlfriend Rosie Gulliver (Sarah Solemani) insist that Alfie is given another chance and that they conduct a surprise visit to his classroom. Meanwhile, Mitchell has been attempting to tattoo ‘Class K Forever’ onto Alfie’s back, but Alfie passes out from pain before Mitchell can get any further than the letters ‘CLA’. The classroom visit ends with the children’s parents refusing to pay for the Las Vegas trip. Alfie says he will pay for the trip, but upon realising the cost of this, decides on a trip to Cornwall. Joe (Ethan Lawrence) is concerned his overbearing mother Susan will not let him go on the trip, but Alfie creates a fake trip itinerary to fool the parents into thinking the trip is academical. Alfie also informs his class that his best friend from school, Atticus Hoye (Jeremy Irvine), is hosting a house party in Cornwall. 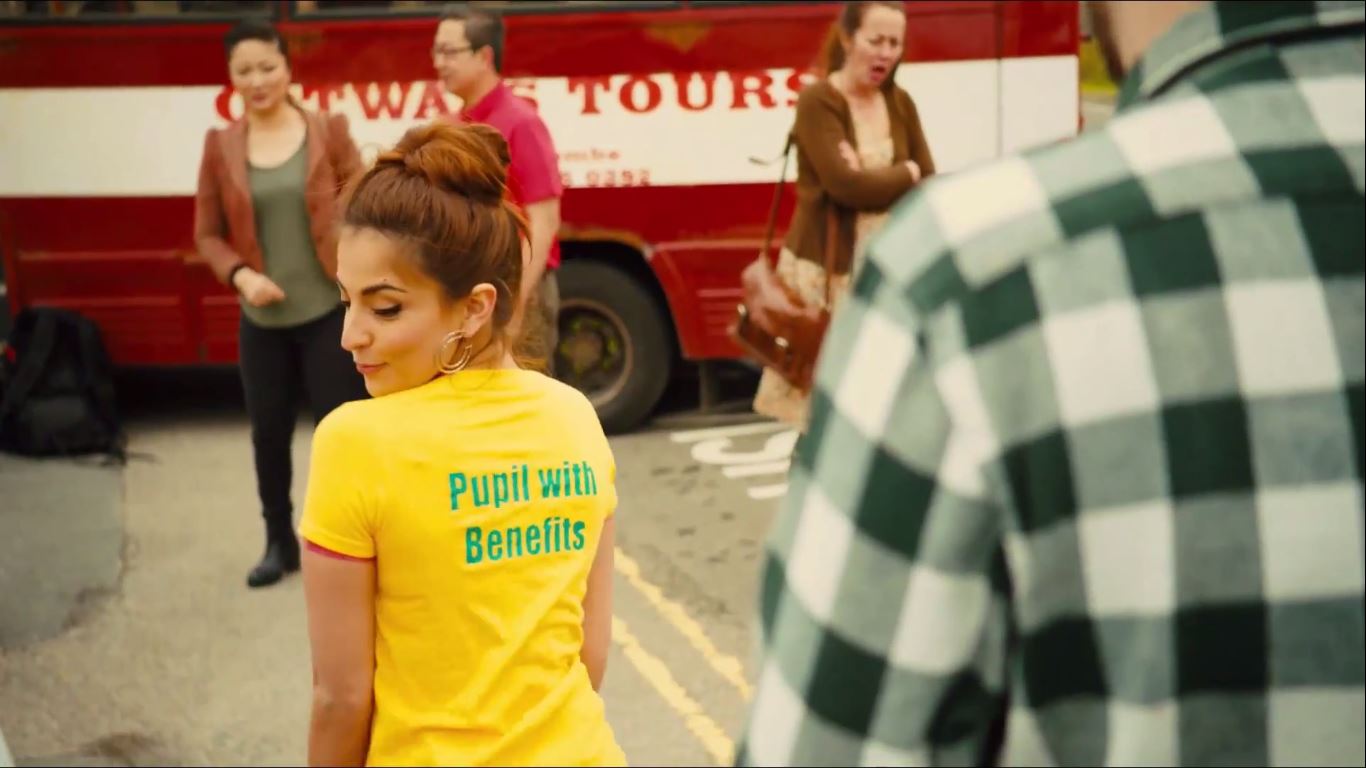 Susan, concerned about what the trip will involve, comes with the group to Cornwall, and implements Alfie’s fake itinerary, starting with a trip to the Eden Project. While at the Eden Project, Mitchell picks a plant known as ‘nature’s laxative’ which Alfie spikes her drink with. The class continue to Penleven Castle where they see John the Baptist’s foreskin. Susan, beginning to feel the effects of the laxative, goes to the toilet and leaves the group unattended. While she is away, Mitchell attempts to steal the foreskin, but loses it instead. Alfie retrieves it, but is unable to put it back before Susan returns. Alfie is forced to eat the foreskin to cover his tracks. 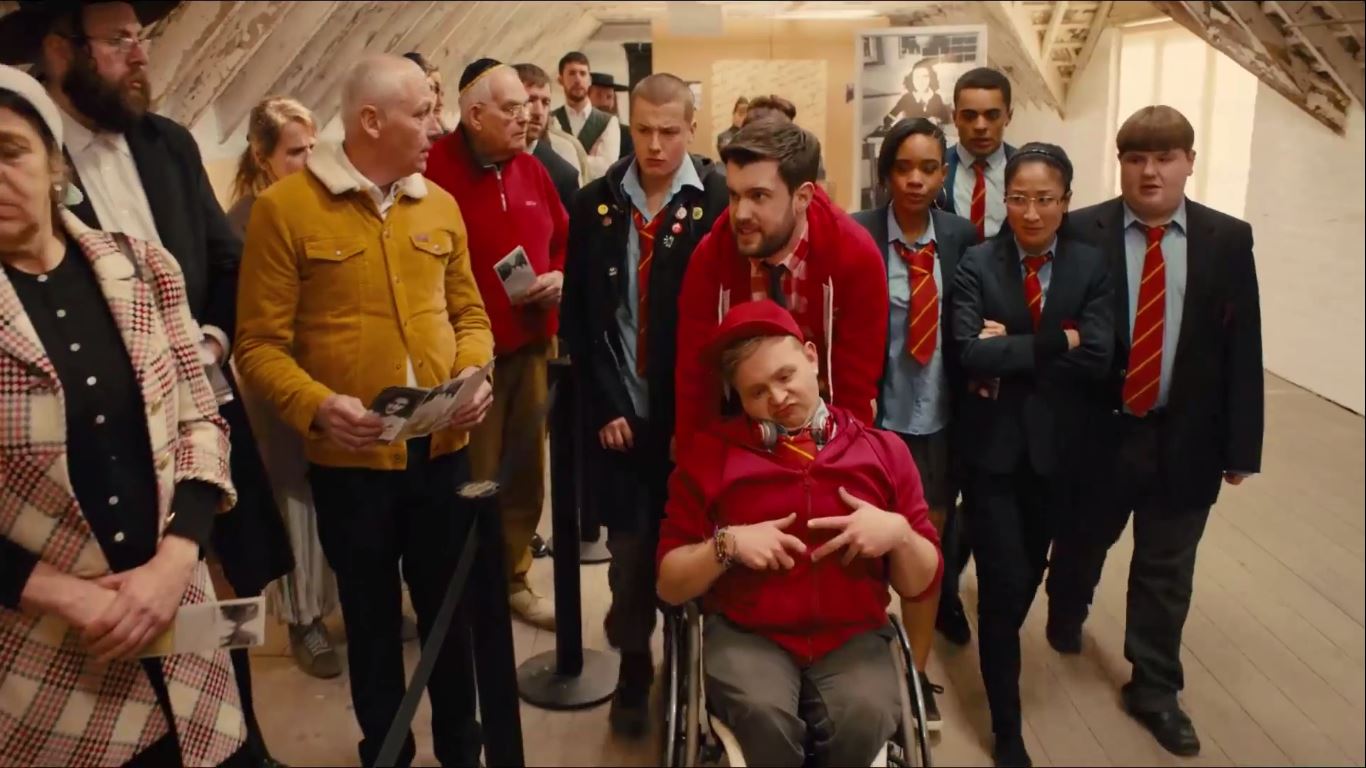 The group then arrives at the fishing town of Port Jago, where their hotel is located. Alfie and the children manage to sneak out to the local pub without being caught by Susan. At the pub, the barman (Steve Speirs) and Pasco Trevelyan (Iain Glen) are discussing the Cornish Liberation Army, a terrorist organisation fighting for Cornish independence, which they are both members of. Alfie and the class arrive at the pub, where Alfie is mistaken for a CLA member because of the unfinished tattoo on his back. Pasco has a plan to assassinate the local MP, Michael Hoye, who is also Atticus’ father. Overhearing Alfie talking to Joe about going to the party at Atticus’ house, Pasco reveals himself to be a smuggler and recruits Alfie to the CLA. Alfie and the class become involved in the frivolities at the pub, which get out of hand and end up with Joe being stabbed in the hand. Susan records the incident from outside through a window, but before she can send the recording to the other parents, Pasco (at Alfie’s request) slips her some sleeping pills, packs her in a trunk, and abandons the trunk in Cherbourg, France. Pasco then takes the group to a strip club, where he asks Alfie to deliver some cannabis to Atticus Hoye’s party the following evening on his behalf. Unbeknownst to Alfie, the truck he is to deliver the cannabis in is actually packed full of explosives. Meanwhile, Susan hitches a lift back to the UK from France with some illegal immigrants. 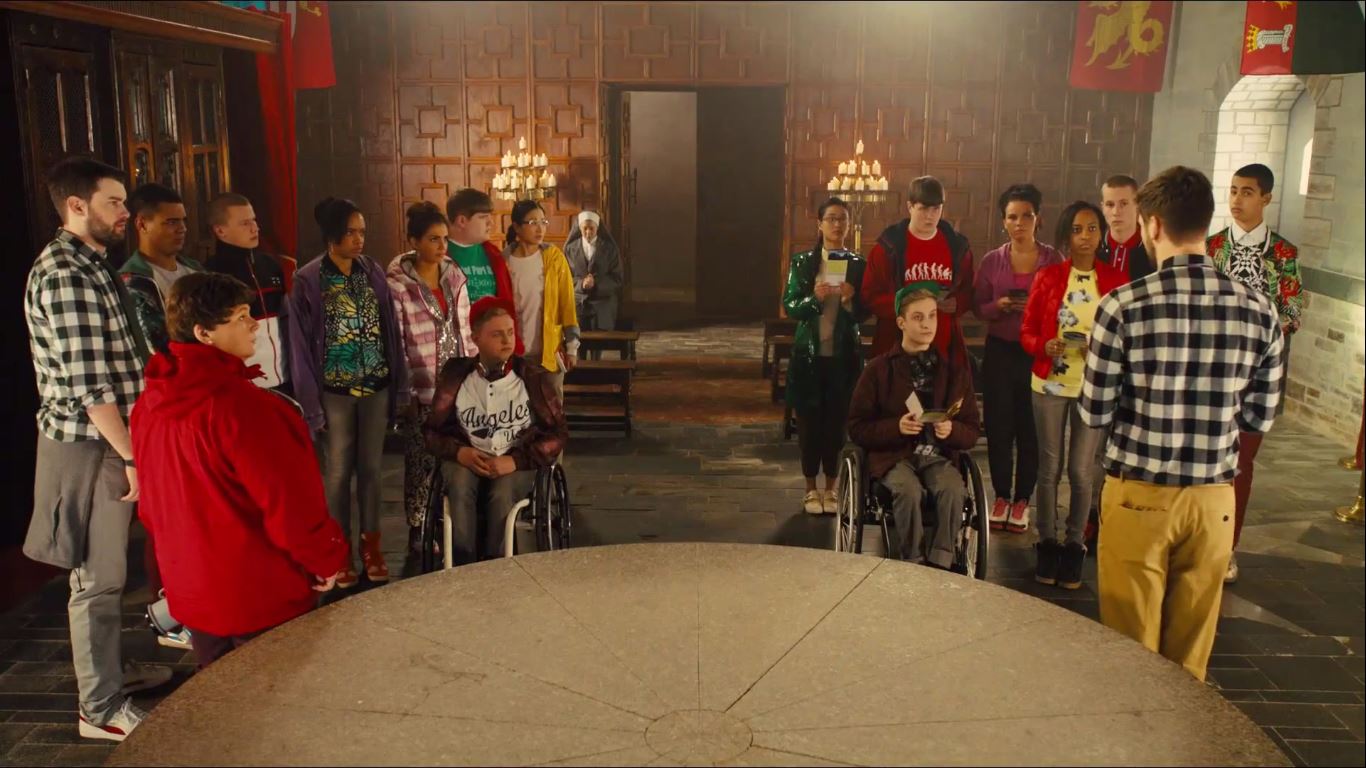 Back at school, the other teachers have lost contact with the Cornwall trip since Susan went missing. Martin, Fraser, and Rosie drive down to Cornwall in an attempt to find them. Alfie and the children arrive at the party, where Alfie is bullied by his so-called friends and made to teabag a swan. Feeling betrayed by everyone, including his class, he decides to call Pasco to be picked up from the party. Pasco takes this as a signal and detonates the truck, which blows up in the grounds of the Hoye house. Pasco drives Alfie and the children in his truck back to Port Jago and decides to make Alfie the leader of the Cornish rebellion. They are joined by many of the people from the pub and Port Jago itself, who all reveal themselves to be members of the CLA. Meanwhile, the other teachers, trying to find Alfie, have involved the police, who believe the situation to be so serious they call in Interpol, who in turn conclude that Alfie has been radicalised. They are joined at the operation’s nerve centre by Susan and some other parents.Pasco informs the group that the CLA is going to seize the means of production, which in Cornwall’s case is its most important tourist attraction. The police believe this to be the Eden Project, and send troops there, but it soon transpires that the group are actually heading to Penleven Castle again. Alfie sabotages the rebellion, but expresses sympathy for Pasco’s cause. Pasco turns violent and imprisons them. While the children escape thanks to a secret passage Joe finds in the castle which leads down to the beach, Alfie is forced into a swordfight with Pasco. Rosie and Fra$er arrive in a helicopter and pull Alfie to safety, with Pasco being arrested. The story then jumps to results day when Mitchell again mixes magic mushrooms in some brownies which he gave to Alfie. Alfie once again lost his senses and hallucinated, before posing for a very unusual ‘Leavers Photograph’. It is also revealed in this scene that Michael Hoye has resigned as MP of Port Jago. 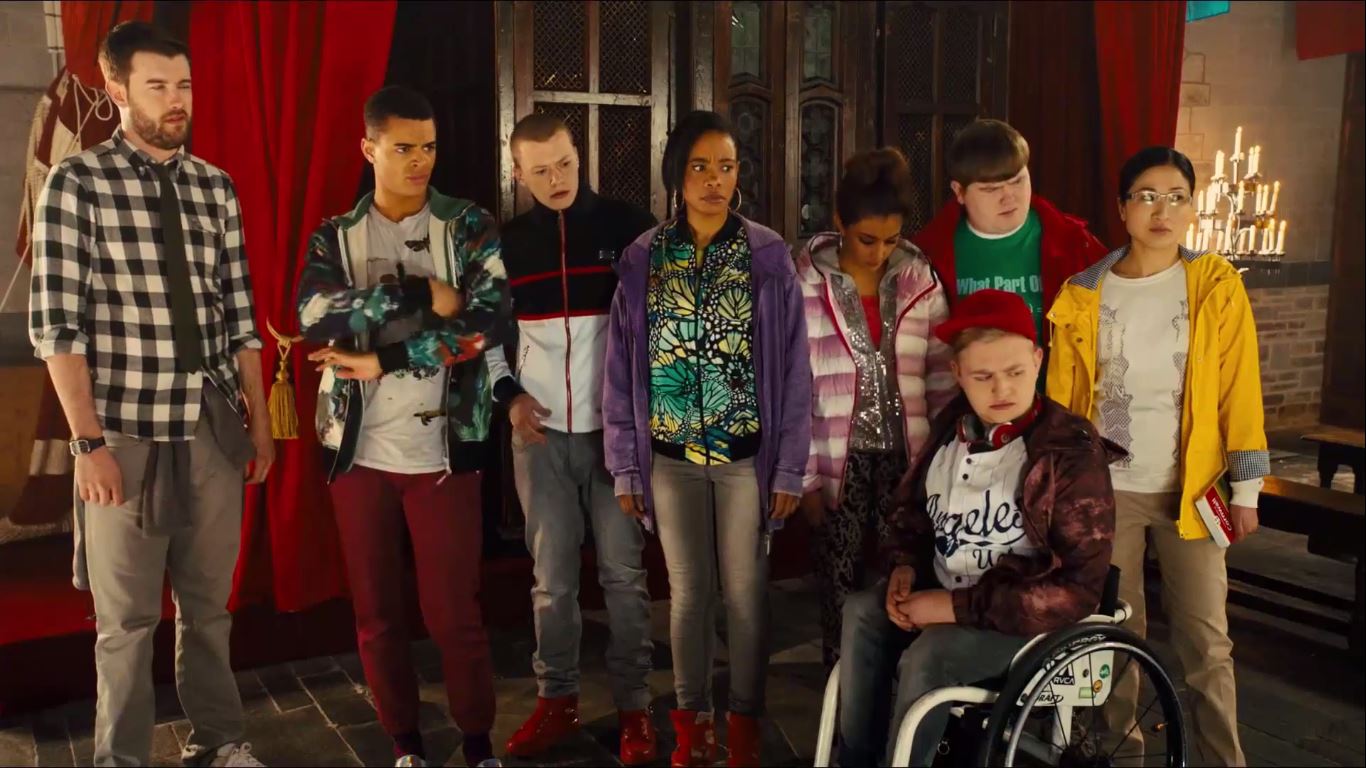 I think this movie will mostly suit the fans of the TV show ,the humour is pretty dumb and trashy and some will find this movie as a garbage.