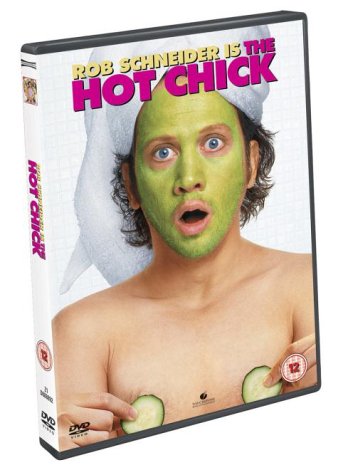 In the palace of the Abyssinian King (Ozman Sirgood) in 50 BC, Princess Nawa (Shazia Ali) uses a pair of enchanted earrings to escape an arranged marriage by swapping bodies with a slave girl (Vivian Corado). When each woman wears one of the earrings, their bodies magically trade places while their minds remain where they were. In the present day, Jessica Spencer (Rachel McAdams) is a popular high school girl in suburban California with her friends April (Anna Faris), Keecia (Maritza Murray), and Lulu (Alexandra Holden). April is Jessica’s best friend, and all four girls are cheerleaders. At school one day, Jessica makes fun of an overweight girl named Hildenburg (Megan Kuhlmann) and a wiccan girl named Eden (Sam Doumit). After that, Jessica and her friends visit the local mall, where Jessica frames her rival Bianca (Maria-Elena Laas) for shoplifting, and finds the earrings in an African-themed store. The earrings are not for sale, so Jessica steals them.

Shortly afterward, a small-time criminal named Clive Maxtone (Rob Schneider) robs a nearby gas station. When Jessica and her friends stop there and mistake him for an employee, he services their car to avoid raising suspicion. Jessica accidentally drops one of the earrings on the ground, and Clive picks it up after the girls drive away. That evening, Jessica and Clive put on their earrings. When they wake up the next morning, each of them is trapped in the other’s body. This is especially difficult for Jessica, who has a cheerleading competition and the school prom coming up soon. While at first difficult, Jessica convinces April, Keecia, and Lulu of her true identity.

The girls write a list of suspects of who could be responsible. They first seek Hildenburg, where Jessica apologizes for humiliating her in front of the entire school during the basketball game earlier, and the two make amends. They soon seek Eden, where Jessica also apologizes for her jealousy of Eden getting the only “A” on a report of the Salem witch trials. Eden reveals an ancient Latin witchcraft called “Santeria”, which originated in Africa, and found its way into Cuba and Brazil. Lulu ties this connection to Bianca, but Eden reveals that only a tattoo of a scorpion on her back could confirm this. While investigating at a dance club called ‘Instant Tang’, Bianca is proven innocent after Jessica rips her shirt to see if she has the tattoo, which she doesn’t. The girls then find a picture of the earrings on the internet, and the girls post fliers all over town. They also get help from Keecia’s awkward mother (Jodi Long) and Venetia and Sissie (Tia Mowry and Tamera Mowry), twin sisters who are on Jessica’s cheerleading squad. The girls tell this to Madame Mambuza (Angie Stone), the owner of the African store at the mall. Madame Mambuza tells the girls the story of Princess Nawa, who, after switching bodies, was unaware that she had to bring the earrings back together. Nawa lived the rest of her life in the slave’s body. Jessica could suffer the same fate if she does not unite the earrings before the end of the Full moon.

Meanwhile, Jessica is hired for two jobs while secretly living with April. At her home, where she works as a gardener named Taquito, her parents tell her about their marital problems and she helps them rekindle their sex life. At school, while cleaning the boys’ locker room as a janitor, she spies on her boyfriend Billy (Matthew Lawrence), who truly loves her and April’s boyfriend Jake (Eric Christian Olsen), who secretly has another girlfriend named Monique (Ashlee Simpson). Faced with Jake’s infidelity, April breaks up with him, and Jessica agrees to take her to the prom. At the cheerleading competition, Jessica signals romantically to Billy while disguised as the school mascot, but when the head of her suit falls off, he becomes confused and leaves with Bianca.

During this time, Clive has been using Jessica’s body to make money from men, including Billy, who gives him his money and car, believing he is Jessica. On the evening of the prom, Hildenburg sees a video of Clive robbing a man on the television news and goes to the scene of the crime. After finding a business card for the club where Clive works as a pole dancer, she informs Jessica at the prom, and the girls go to the club. When they find Clive, Jessica steals his earring and puts it on herself along with the other one. With the two earrings now on the same person, Jessica’s and Clive’s bodies return to their original owners. After Jessica makes up with Billy, the film ends with the school’s graduation ceremony, where Keecia and her mother reconcile. The previous night, Clive, running from the law and still dressed in lingerie, jumps into the car of the same bartender (Scott Dolezal) Jessica encountered in the body of Clive. The bartender, who was led to believe from previous encounters that Clive is homosexual smiles and locks the car door. The movie ends with the car speeding away, and Clive turning around and screaming.

Yes the plot is ridiculous but it is so funny that is does not matter. If you want a movie to have a laugh at and leave you feeling good then get this one