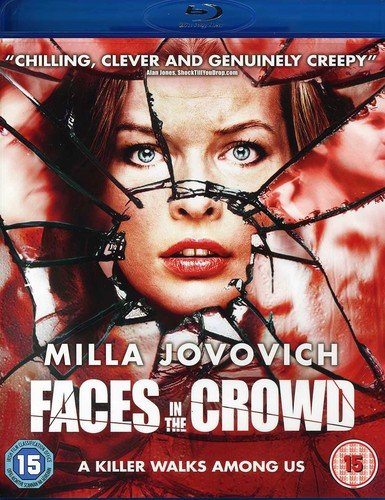 Elementary school teacher Anna Marchant lives with her boyfriend Bryce in a nice apartment and every now and then she meets her best friends Francine and Nina to drink and talk. When Anna is crossing a bridge to meet Bryce, she sees an infamous serial-killer killing a woman. Anna runs but she is attacked by the killer and she falls off the bridge and hits her head. Anna stays in coma for a week and when she awakes, she learns that she has brain damage followed by Prosopagnosia, a disorder of face perception where the ability to recognize faces is impaired, while the ability to recognize other objects may be relatively intact. The police detective Sam Kerrest unsuccessfully tries to force Anna to remember the face of the serial-killer. Now the serial-killer knows that Anna has seen his face, but she is incapable of even recognizing Bryce and her close friends.The script was very good in my opinion, some of the lines were truly magnificent(especially those of the deaf Psychiatrist, trying to explain to the face-blind protagonist how to remember faces the same way a deaf person remembers music). The twist towards the end, however, could have been better, and the ending felt rather anticlimactic. That was very unfortunate, as this film had the potential to be one of the best.All in all, I had a great time watching Faces in the Crowd, one of the best story ideas I’ve ever seen! Trying to remain objective I rate it 7, but don’t miss out on it! 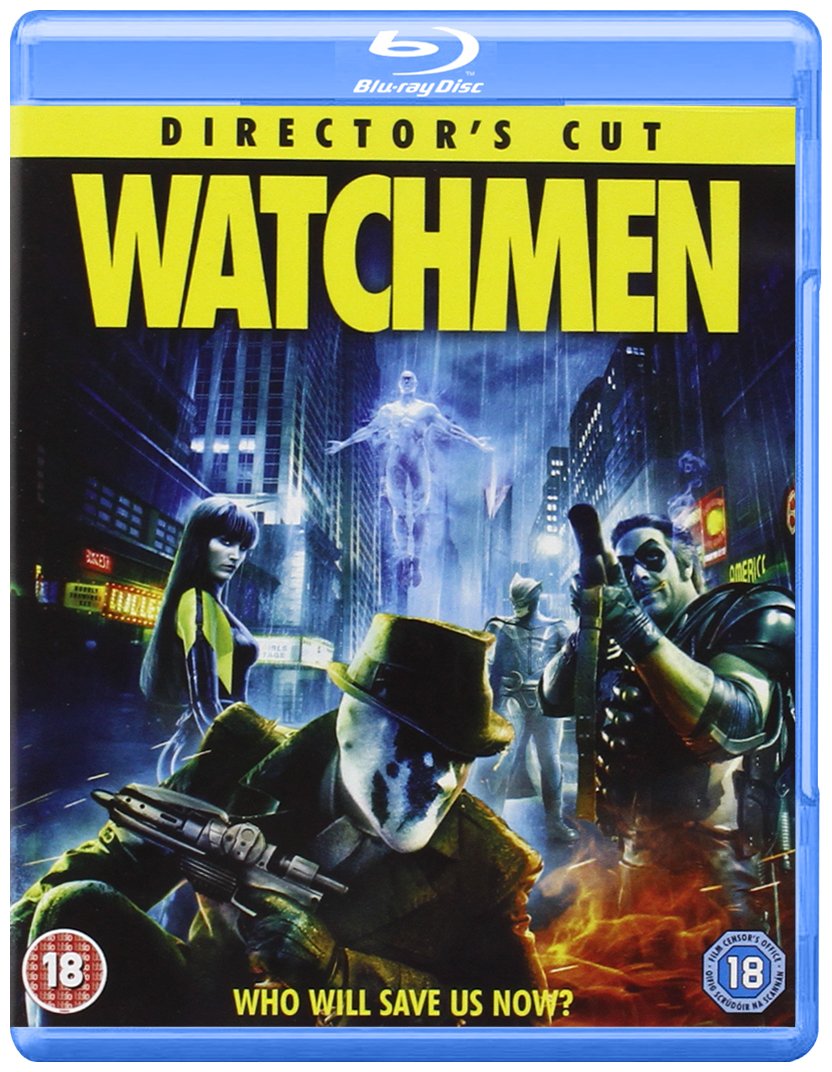 In the latter half of the 1980s, three illustrated novels challenged the mainstream perception of comic books. While the Pulitzer Prize-winning ‘Maus’ by Art Spiegelman introduced emotionally complex subject matter and established the genre as a viable literary format, Frank Miller’s ‘Batman: The Dark Knight Returns’ scaled national bestseller lists and demonstrated that superheroes struggle with the conditions of the world they feel destined to protect. When the 12-issue limited series of ‘Watchmen’ by Alan Moore and Dave Gibbons was published as a novel-length comic, it stunned audiences with its commercial success and its innovative structure layout. The book’s narrative also took a radical approach, scrutinizing the concept of superheros and offering a sort of “deconstruction” of their being, one which has pervaded the comic book world, including film adaptations, ever since. Over twenty years later, director Zack Snyder finally brings to the screen what so many once thought could never be filmed. 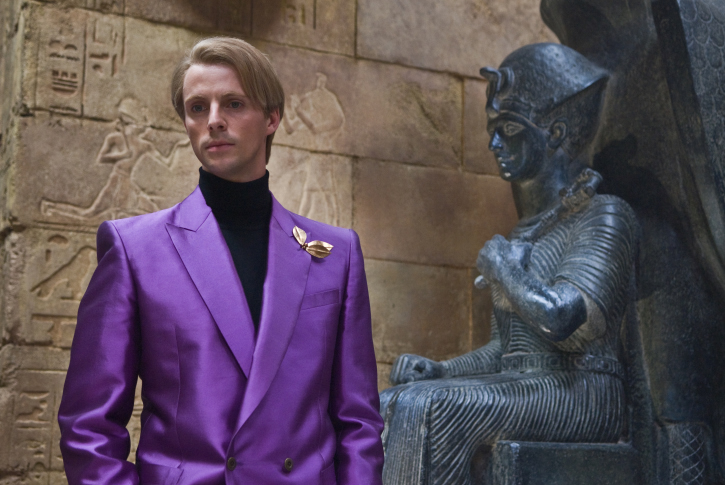 Taking place in an alternate reality of America, where Richard Nixon is serving his fourth term as president after winning the Vietnam War. The Keene Act of 1977 has outlawed all acts of masked vigilantism, forcing many into retirement. One October night, the murder of Edward Blake interests Rorschach, a masked avenger seen by the public as more a psychotic criminal than a hero. His investigation leads him to discover that Blake was the man behind The Comedian, a fellow crime fighter turned government operative. Fearing a conspiracy against costumed adventurers, he sets out to warn his former comrades: the Batman-esque Dan Dreiberg/Nite Owl, the successful businessman Adrian Veidt/Ozymandias, an angst-ridden Laurie Juspeczyk/Silk Spectre, and the only true superhero of the bunch Dr. Jon Osterman/Doctor Manhattan. As the investigation progresses, the band of superhero outcasts uncovers a plot more sinister and gruesome than they initially expected, revealing an enemy no one would’ve anticipated. 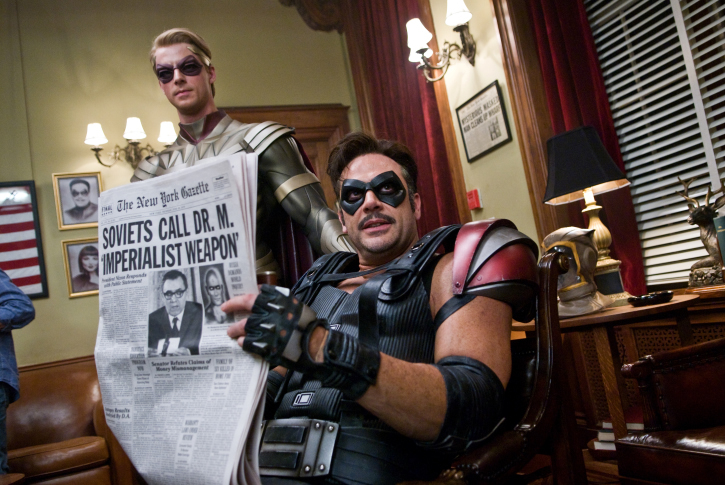 At the time of its theatrical release, the film version of the popular graphic novel was seen as a mild success, never coming close to expected box office figures. It was also heavily criticized by fans on internet boards around the globe for failing to truly capture the spirit of the series. Being one of those critics (yes, I am that kind of a nerd), the 162-minute adaptation felt rushed and heavily cluttered, as a wealth of information was quickly thrown at the audience with little time to digest it all. Those unfamiliar with the novel were alienated by the onscreen events, while the core fans saw a large amount of exposition skimmed over for the sake of time. Ultimately, what is now considered the theatrical cut seemed more concerned with reverence for its source, rather than a commitment to acting as a legitimate film that stood on its own. Much of the novel’s power and depth was lost in the translation. 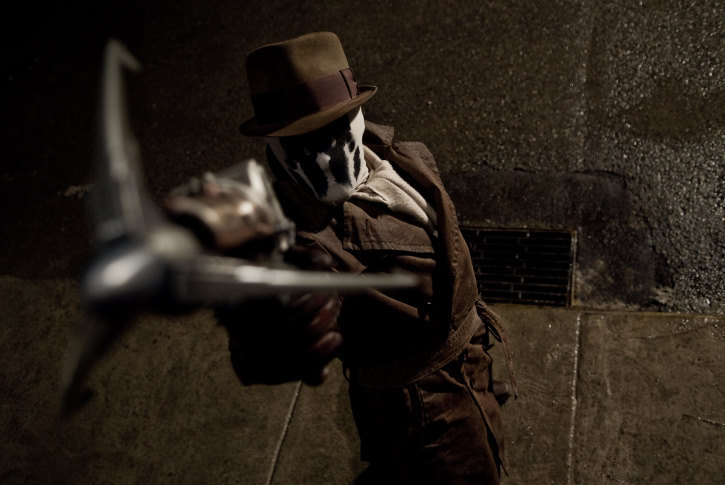 Now, in this Director’s Cut, Snyder is allowed to thicken the plot and create a better flow within the already-trimmed narrative. Arguably, Snyder shows more style over substance, seemingly imitating the original look of the comic rather than offering his own interpretation. But with 24 minutes of footage now added to the story, the film captures the comic’s dark, gritty appeal nicely, giving it more of a realistic feel and creating more human fascination. These masked vigilantes are confronted with contemporary real-world events, where they are frequently made aware of the Cold War reaching the breaking point and the fact that nuclear holocaust is imminent. As gloomy and pessimistic as that may sound, the idea posits these would-be superheroes against issues of power and the failure of salvation. They must cope with the world as it truly is: a dark and unpredictable existence, driven by fear and uncertainty of the future.

This band of costumed avengers challenges what normally typifies the superheroics of their peers. They are flawed humans and deeply haunted by their pasts, primarily a shared experience of feeling unwanted from The Keene Act. Their interactions with one another and society at large expose questions about the limitations inherent to the superhero archetype trying to save humanity from itself. It’s the reason why fans are attracted to the two most complex characters in the series: Rorschach and The Comedian. While one idealizes his fight against injustice as a battle that must be won, the other possesses a harshly cynical worldview of civilization doomed beyond repair. The narrative also opens doors to discussions on power relations and politics, issues of certainty and doubt, metaphysics and existential nihilism, moral ambiguity, and Ozymandias’s actions bring to mind Nietzsche’s central theme of the “Master-slave morality”.

Coming in at 186 minutes, ‘Watchmen: Director’s Cut’ may be daunting to some viewers, but for fans, this will be the closest we’ll ever come to seeing a faithful adaptation of the ragtag group of outcasts. Some of its drawbacks, I feel, are quickly outweighed by the overall sense that the comic book’s central conceit is maintained and clearly expressed with a genuine approach. Granted, certain aspects are still missing, but I admit they are necessary alterations to make the transition into film a success. As a long time fan of the illustrated novel, this director’s cut of ‘Watchmen’ easily bests the theatrical version, making it worthy of multiple viewings to take in its dense and complex implications.

After twenty years of hardcore fans hearing that the ‘Watchmen’ comics are “unfilmable”, Zack Snyder defies logic and gives audiences the closest we’ll ever come to experiencing the novel on film. In the ‘Watchmen: Director’s Cut’, Snyder is allowed to flesh out the details better and create a smoother narrative flow, offering an improved vision of this alternate reality.