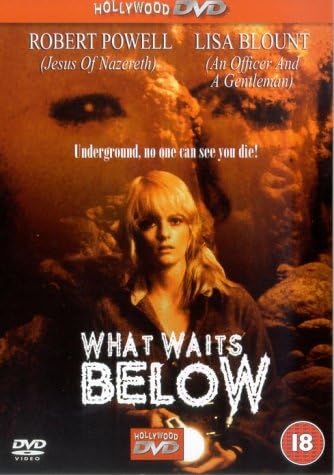 The US military is running a test for a special type of radio transmitter, to be used to communicate with submarines, in a deep system of underground caves in Central America. When the signal from one of the transmitters suddenly disappears, a team of soldiers led by Major Elbert Stevens (Bottoms) and cave specialists led by Rupert ‘Wolf’ Wolfsen (Powell) including scientist Leslie Peterson (Blount) are sent in to find out what happened. Exploring deep underground, they stumble upon a tribe of albino cave-dwellers who have apparently been isolated from the rest of the world for thousands of years. The cave-dwellers are hurt by radio frequencies and are able to see in infra-red frequencies, tracking the explorers by their body heat.

If you’re patient enough to stick with this film, and you dig eerie nightmarish imagery, this film is quite a treat!. All in all check it out, it’s not a masterpiece by any means but decent old fashioned flick.