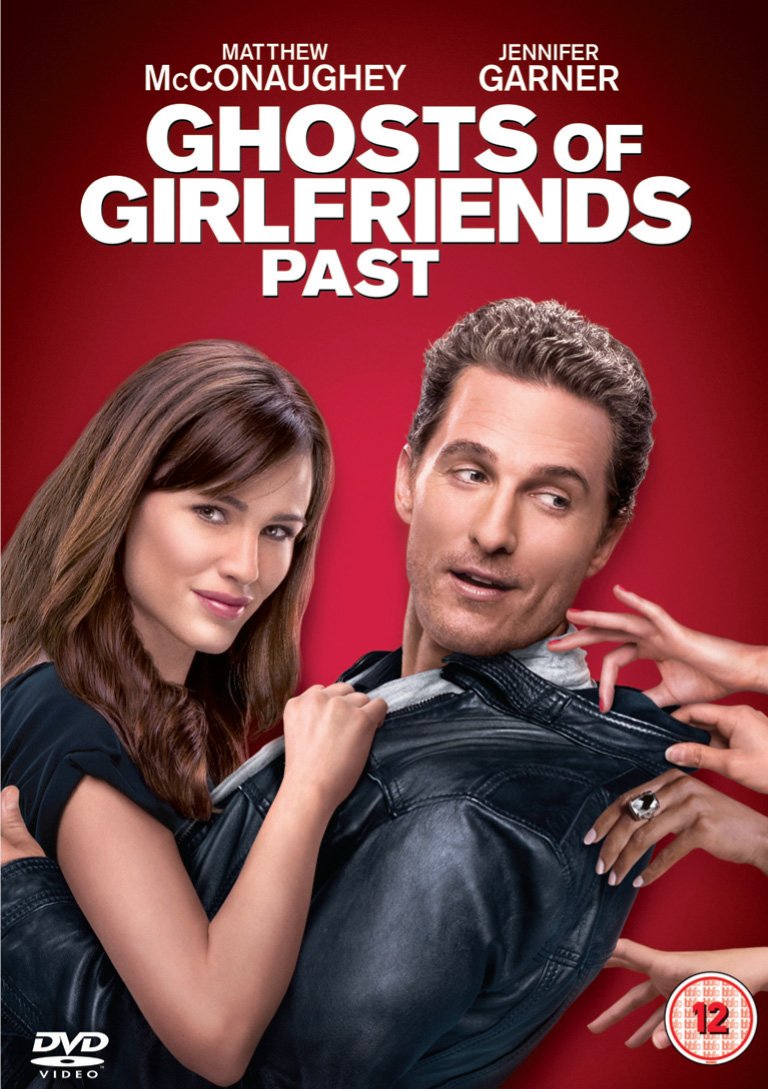 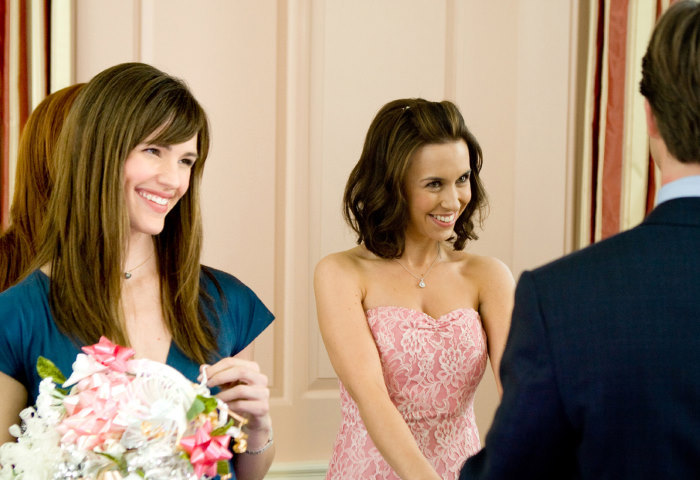 Connor Mead (Matthew McConaughey) is a famous photographer and confirmed womanizer. He takes a break from his playboy lifestyle to attend his brother’s (Paul) wedding, where he becomes reacquainted with Jenny Perotti (Jennifer Garner), Connor’s childhood friend and the only girl who’s ever captured his heart. After Connor delivers a drunken speech at the rehearsal dinner where he says that love isn’t real, he’s met in the bathroom by the ghost of his uncle Wayne (Michael Douglas), a roué who taught Connor everything he knows about seducing women. Wayne informs Connor that, over the course of the evening, he will be visited by three ghosts who will lead him through his romantic past, present, and future. 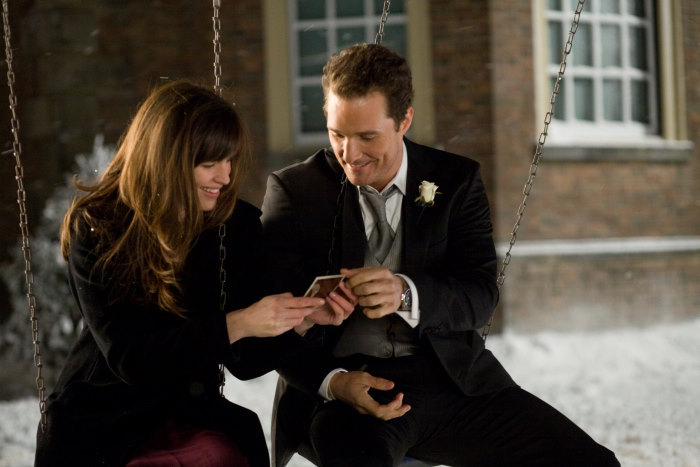 The first ghost is the “Ghost of Girlfriends Past” in the form of Allison Vandermeersh (Emma Stone), one of his high school girlfriends and his first lover. Together, they revisit scenes from his past, focusing on his relationship with Jenny. In 1982, Connor and Jenny were very close as children; she gave him his first instant camera which he used to take her picture, promising to keep it forever. When Connor’s parents died in a car accident, Jenny consoles Connor throughout the years without them, as she, his brother Paul and his uncle Wayne were all he had left. By middle school, the two were on the verge of romance, but Connor’s hesitation at asking her for a dance caused Jenny to dance with and kiss another boy. Heartbroken, Connor was told by Wayne that he must avoid romance at all costs in order not to feel such pain again. For the next two years, Wayne schooled Connor in the art of seduction. When he next saw Jenny, at a high school party, Connor ignored her and kissed another girl named Allison, whom he had his first sexual encounter with. Several years later, as adults, Connor and Jenny rekindled their romance, but Jenny forced him to woo her for several weeks in an attempt to rid him of his womanizing ways. After they finally did have sex, Connor falls in love with her, but when he lies in bed with her to fall asleep beside her, he remembers his uncle Wayne’s warnings about sleeping and spooning with the opposite sex after a night of passion. Realizing this, he panics, running out on her so he won’t be hurt. The next morning, Jenny wakes up alone and broken-hearted. His relationships thereafter consisted of a series of very short flings.

Awakening back in the Mead mansion in the present, Connor accidentally destroys Paul and Sandra’s (his bride-to-be) wedding cake and unsuccessfully attempts to reconcile with Jenny. After his failed attempt, Connor returns to his uncle Wayne’s room and finds another woman awaiting him in his bed and, fearing that this woman was the next “Ghost” to accompany him on his journey to show him how he became “himself”, panics and runs out of his room, though it’s clear after he leaves that the woman in the bed awaiting him is actually one of the bridesmaids hoping to have sex with him. As he storms out of the house, he is confronted by the “Ghost of Girlfriends Present” in the form of his assistant Melanie (Noureen DeWulf), the only constant female figure in his life. With her, he sees that in his absence the other wedding guests make fun of him and his shallow lifestyle. Paul stands up for his brother, recalling that Connor helped raise him after their parents’ death, and expresses his hope that Connor will someday change for the better. As the bridemaids discusse their love lives, one of them makes a remark about Jenny being emotionally twisted beyond recognition by Connor to the point that she’s unable to move on to a new relationship. Jenny hears this and though Sandra tries to comfort her, Jenny leaves the room hurt and in tears. Melanie guides Connor to the kitchen to show him a crying Jenny as she tries to repair Paul and Sandra’s wedding cake. Connor also sees that Jenny is being comforted by Brad (Daniel Sunjata), and is upset that his own actions and attitude are bringing the two closer. He is further upset to discover that Melanie and the three women whom he previously broke up with by conference call are bonding over his disregard for their feelings. 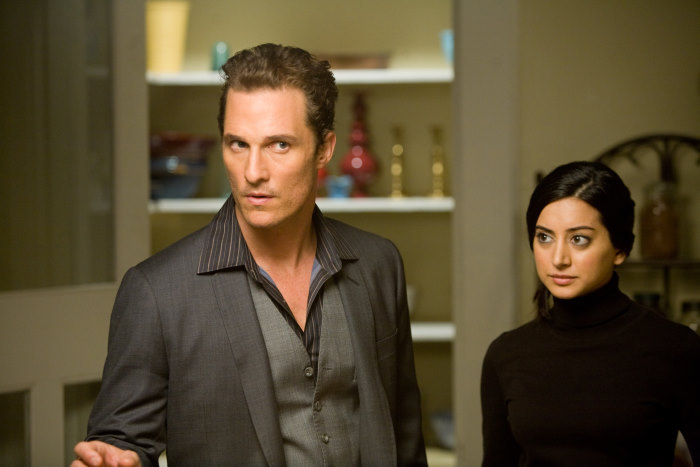 Returning to the house, Connor finds Sandra furious at learning that Paul had slept with one of her bridesmaids very early in their relationship, information that Connor had let slip earlier in the evening. Connor attempts to mend the situation but only makes things worse, and Paul tells him to leave. On his way out, he is confronted by the “Ghost of Girlfriends Future” (Olga Maliouk), who takes him forward in time to see that Jenny marries Brad while Paul remains alone. Further in the future, Paul is the only mourner at Connor’s funeral. Wayne appears and tells Connor that this is his future if he continues on the same path, pushing him into the grave to be buried by his many ex-girlfriends. 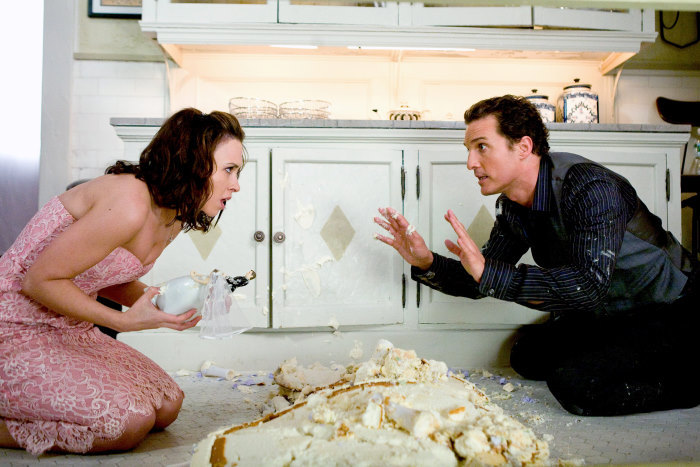 Connor awakens in the Mead home and learns that Sandra has called off the wedding and is on her way to the airport. He intercepts the bridal party and convinces Sandra to forgive Paul by sharing lessons learned from his own mistakes, particularly that the pain of heartbreak is outweighed by the regret of never risking one’s heart in the first place, something he admits to always regretting having done. Connor helps Jenny to restart the wedding, which he photographs, and afterwards he reconciles with Jenny by showing her the picture he still carries of her as a child and by promising to always be there when she wakes up. The two kiss and dance in the snow to the same song Connor once hesitated to ask her to dance to. 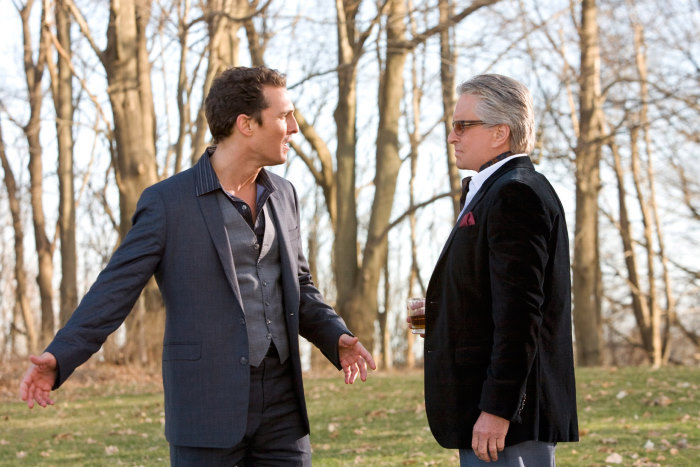 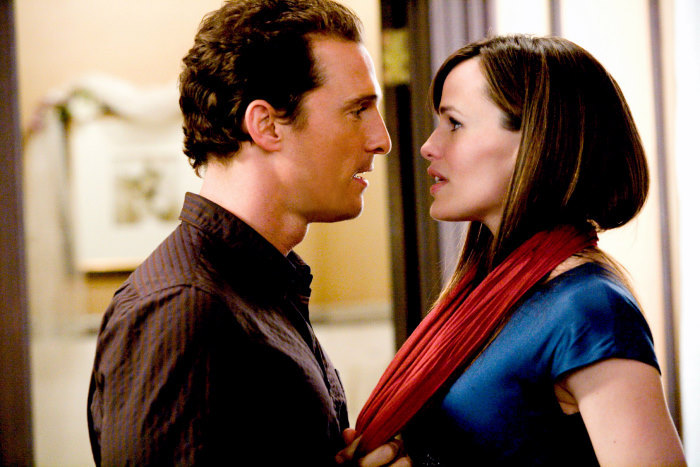 The film started out a little slowly but began to move well. I thought that there was really good chemistry between the two main characters. I liked the film for its well conveyed message about commitment and what it means to care for people. In order to receive you need to give and vice versa. The film used Dickens as a clever vehicle for its plot and it worked really well.