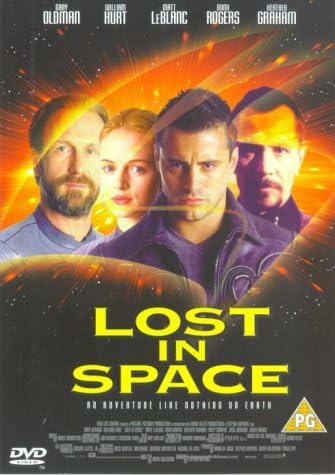 In 2058, Earth will soon be uninhabitable due to the irreversible effects of pollution and ozone depletion. In an effort to save humanity, the United Global Space Force sends Professor John Robinson, his wife Maureen, daughters Judy and Penny, and young prodigy son Will on the spaceship Jupiter II to complete construction of a hypergate over the planet Alpha Prime, which will allow the population of Earth to be instantly transported and populate the new planet. Penny rebels by breaking curfew, while Will’s prize-winning science experiment involving time travel goes largely unnoticed by John. Global Sedition, a mutant terrorist group, assassinates the Jupiter II’s pilot, who is replaced by hotshot fighter pilot Major Don West, to his chagrin. The family’s physician Dr. Zachary Smith, a Sedition spy, sabotages the ship’s on-board robot before launch, but is betrayed by his cohorts and left unconscious as the ship launches and the family enters cryosleep. The robot activates and begins to destroy the navigation and guidance systems, en route to destroying the family. Smith awakens the Robinsons and West, who manage to subdue the robot, but the ship is falling uncontrollably into the sun. Forced to use the experimental hyperdrive with an unplotted course, the ship is transported through hyperspace to a remote planet in an uncharted part of the universe.Passing through a strange distortion in space, the crew finds two abandoned ships in orbit: the Earth ship Proteus, and another ship clearly not of human origin. They board the Proteus, with Will controlling the now-modified robot. They find navigational data to reach Alpha Prime, and a camouflaging creature Penny calls “Blarp”, along with evidence suggesting the ship is from the future. They are attacked by spider-like creatures; one scratches Smith, and the robot’s body is irreparably damaged but Will saves its computerized intelligence. West destroys the vessel to eradicate the spiders, causing the ship to crash-land on the nearby planet, where another distortion appears. Will theorizes they are distortions in time, as his experiment predicted, but John ignores his input. Exploring the time bubble, he and West encounter a future version of Will and a robot he rebuilt with the saved intelligence. The older Will explains that surviving spiders killed Maureen, Penny, and Judy. Constructing a time machine, the future Will intends to return to Earth to prevent Jupiter II from launching.Young Will and Smith investigate the time bubble on their own. Smith tricks Will into handing over his weapon, but is foiled by a future version of himself, transformed by his spider injury into a spider-like creature, who has been protecting Will since the rest of the family was killed. The present Will and West return to the Jupiter II with an injured Smith and the robot in tow, while the future Smith reveals his true plan: He killed the Robinsons, but kept Will alive to build the time machine, so Smith could return to Earth and populate it with a race of spiders. John, remembering the spiders eat their wounded, rips open Smith’s egg sac with a trophy Will turned into a weapon. Smith’s spider army devours him and he is thrown into the time portal, ripping him apart. The planet’s increasing instability forces the Jupiter II to take off, but they are unable to reach escape velocity and are destroyed by the planet’s debris. Realizing his father never actually abandoned them, and that he really does love him, Will sets the time machine to send John back to his family, but there is only enough power for one person. Saying goodbye to his family, the future Will is killed by falling debris, and John reunites with his living family.Realizing they do not have enough power to escape the planet’s gravitational pull, John suggests they drive the ship down through the planet, using the gravity well to slingshot them back into space. They are successful, but the planet turns into a black hole, and they activate the hyperdrive to escape. Using the Proteus’ navigational data to set a potential course for Alpha Prime, the ship blasts off into hyperspace.Based off the old 60’s television series, Lost in Space certainly had the opportunity to be a suspenseful and imaginative sci-fi adventure, but it ends up feeling like little more than an overlong pilot episode for a failed television series. What the movie does have going for it are some occasionally nifty special effects and a fairly tense scene set on board an abandoned spacecraft packed full of hungry giant spiders. What the movie has going against it is generally everything else. The cast is thoroughly unconvincing (even William Hurt and Gary Oldman), a good portion of the special effects are second-rate, and the subplot involving time rips and time “bubbles” feels tacked-on and pointless. This is a silly adventure film that lacks tension and fun, or even competent film-making and writing. I’m certain kids will probably enjoy the movie, but most everyone else will probably feel mentally adrift by the time the end credits roll. 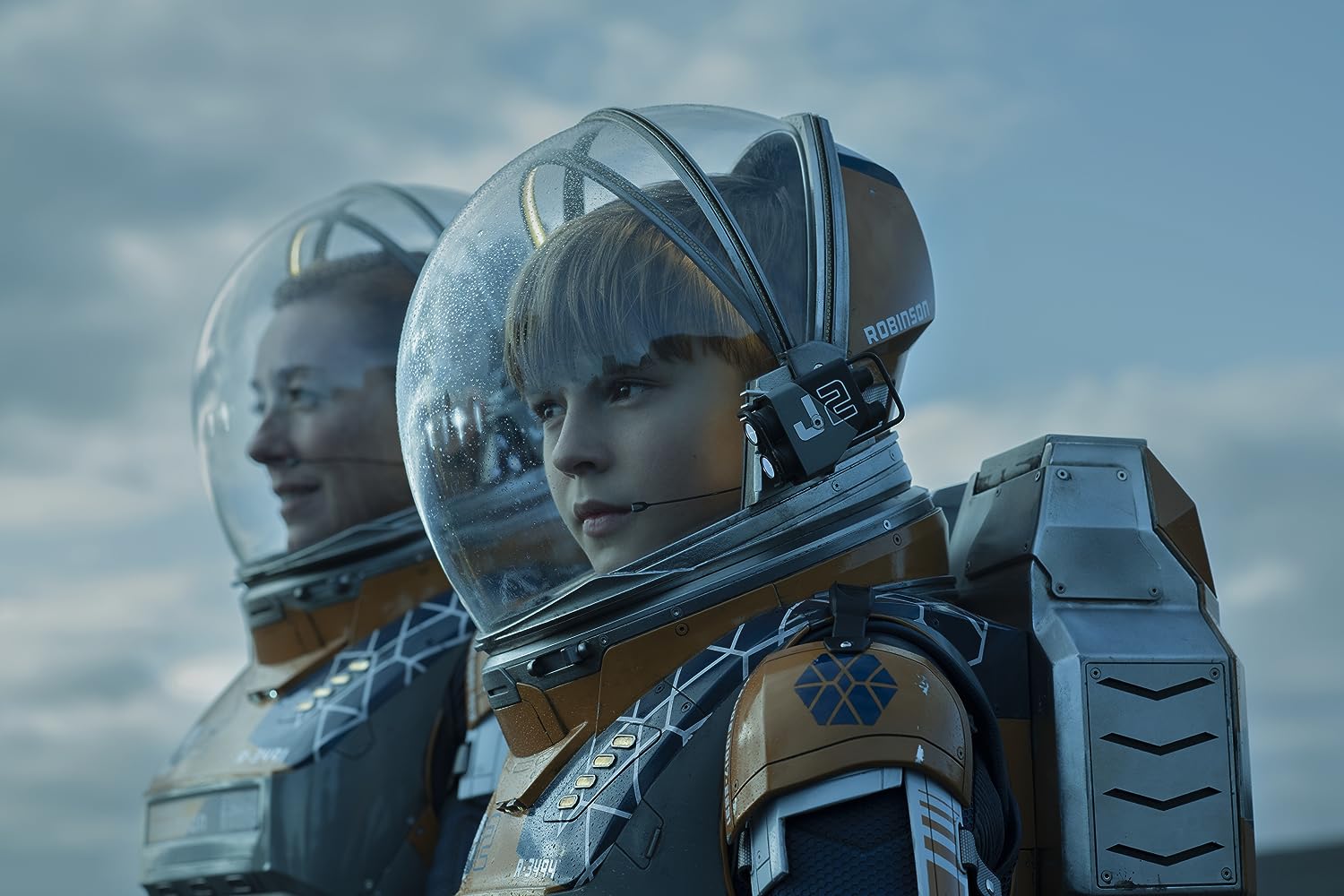 Cosmic crusaders The Robinsons (plus Don West, Dr. Smith, and Robot) are back for the holidays, and this time the calamity-magnet clan is banding together to battle against hostile alien droids, creepy and corrupt mission officials, and general galactic chaos.
Netflix’s Lost in Space reboot, once again, delivers a solid, satisfying run filled with dazzling effects and stunning heart. It tops Season 1 in terms of adventure and stakes, and, for a streaming series, it shows grand restraint by only being 10 episodes – with episode lengths actually varying (anywhere from 39 minutes to 54 minutes). That might sound like tacky praise, digging into the structure of the show, but it means that the story’s being told in the amount of time the creators felt it needed, and not filling up pre-ordained space – a welcome change from most streaming series. 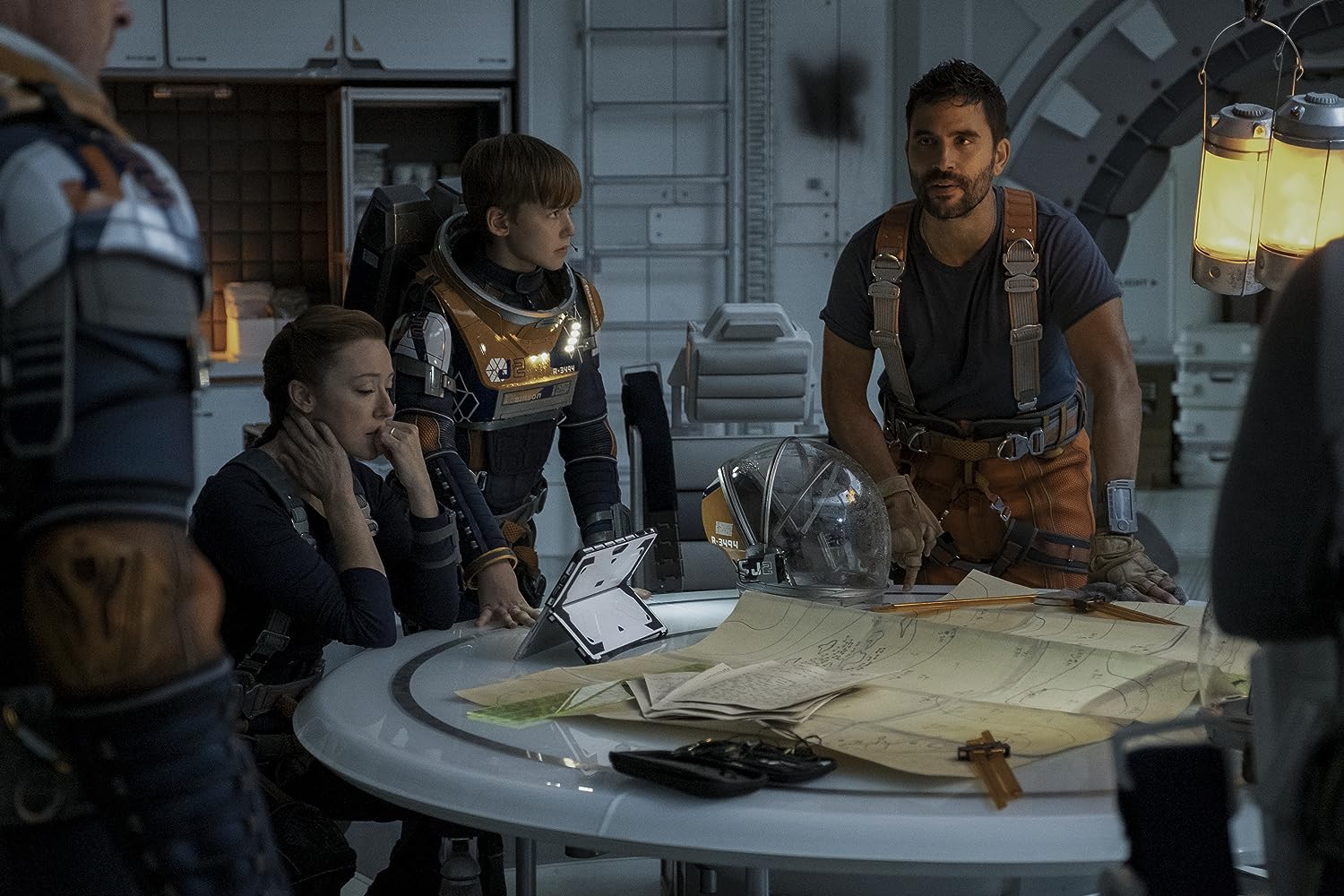 The cast is phenomenal, from Toby Stephens and Molly Parker’s John and Maureen to their kids, played exceptionally by Maxwell Jenkins, Mina Sundwall, and Taylor Russell. It’s crucial that these roles land well because our belief in the family, in this particular brood, is the crux of the entire series. If you don’t buy into “The Robinsons vs The Universe,” the show doesn’t work. And though they might bicker and banter, this family is the driving force of the saga. If their dynamic drags things down, the entire narrative fizzles.

Fortunately, The Robinsons are sensational as a family, either united or divided, and their interplay always works. From John and Judy’s emotional bond (which plays out beautifully in Episode 5, “Run”) to Penny’s strained relationship with Maureen as the middle child with no discernible exceptional abilities, the cracks in the Robinson’s foundations, both big and small, make for great viewing. And Ignacio Serricchio’s gruff-but-genial Don West is there keep them all together while Parker Posey’s “Dr. Smith” is there to tug at the threads in an attempt to rip the seams.Posey’s Smith, as the show’s wild card, has an awesome showing this season as the Robinsons, who start the season marooned on a planet in the galaxy they were pushed into at the end of Season 1, eventually rejoin their Alpha Centauri-seeking society and the good (fake) doctor is forced to think on her feet in order to avoid being caught and punished for her many crimes. And all the while, she’s got a powerful push/pull relationship with the universe’s First Family where she’s both their foil and their adversary. The Robinsons can be a bit overwhelming when it comes to love and support so it’s nice to have a self-centered “survivor” in the mix, even if her heart occasionally softens towards others. 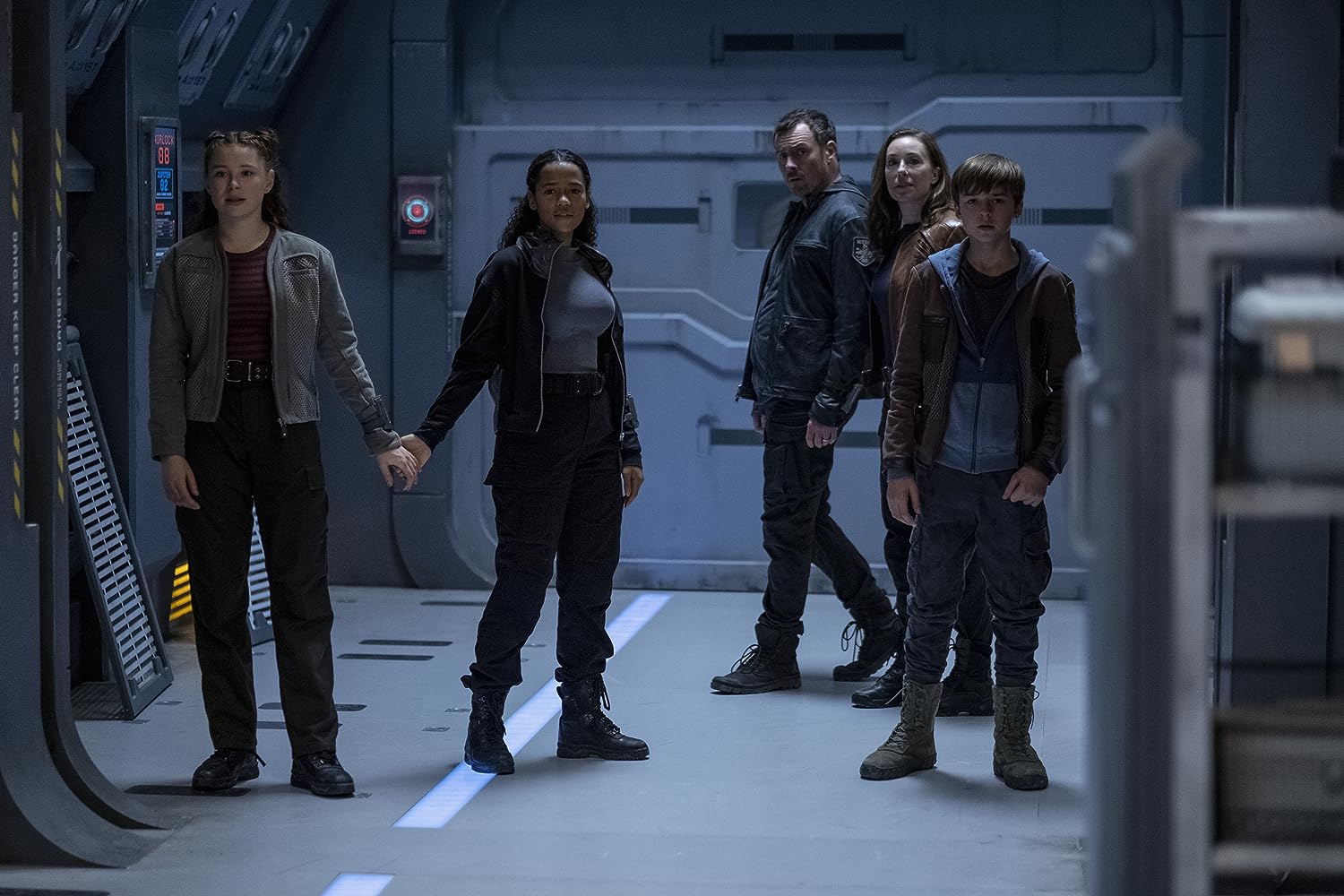 Will and Robot’s relationship, the one that began in Season 1 and allowed Will to become more confident and driven, continues to grow and change this year, with more layers added to the mystery of Robot’s origins, species, and how it ties into humanity’s ability to traverse space. JJ Feild (Captain America: The First Avenger) arrives this season as Dr. Ben Adler, the mission’s head of artificial intelligence studies. At first, it seems like Ben’s an easy-to-predict character. He arrives just in time to, perhaps, woo Maureen, bond with Will, while also possibly being a stealth “big bad.” But his arc surprises, and, like most elements of this series, it defies the usual cliches.Of course, Lost in Space also has a (non-fatal) flaw in its blueprint. Nothing can ever go right. It’s in the story’s DNA. What this means is that when dangers and threats aren’t being presented by other characters — like Dr. Smith, aliens, or Rolo Haynes’ (Black Mirror) Hastings — there has to be some type of unforeseen space peril. Whether it’s severe storms, poisonous algae, or (LOL) water that somehow disintegrates all metals, this series can be pretty unrelenting. Granted, the writing usually weaves everything nicely into the characters’ specific emotional journeys, but the non-stop menaces can be a grind often run the risk of feeling farcical.

Netflix’s short-lived (and not great) Another Life featured a very similar “let’s throw every disaster we can think of at our heroes” edict, but the show had no alternate identity to support that design – that’s all the plot was. Fortunately, Lost in Space – which features, over the course of only 10 episodes, four different situations of important characters being stuck/trapped somewhere that requires a “Hail Mary” solution – has larger themes to focus on and a core cast that’s worth spending time with.

Lost in Space feels less land-locked in Season 2 as more crazy challenges continued to befall the formidable Robinson family and Robot’s eerie origins are explored further. The unrelenting disasters can drag but the performances are so good, and the family-first credo is so vital, that the drama never dips.