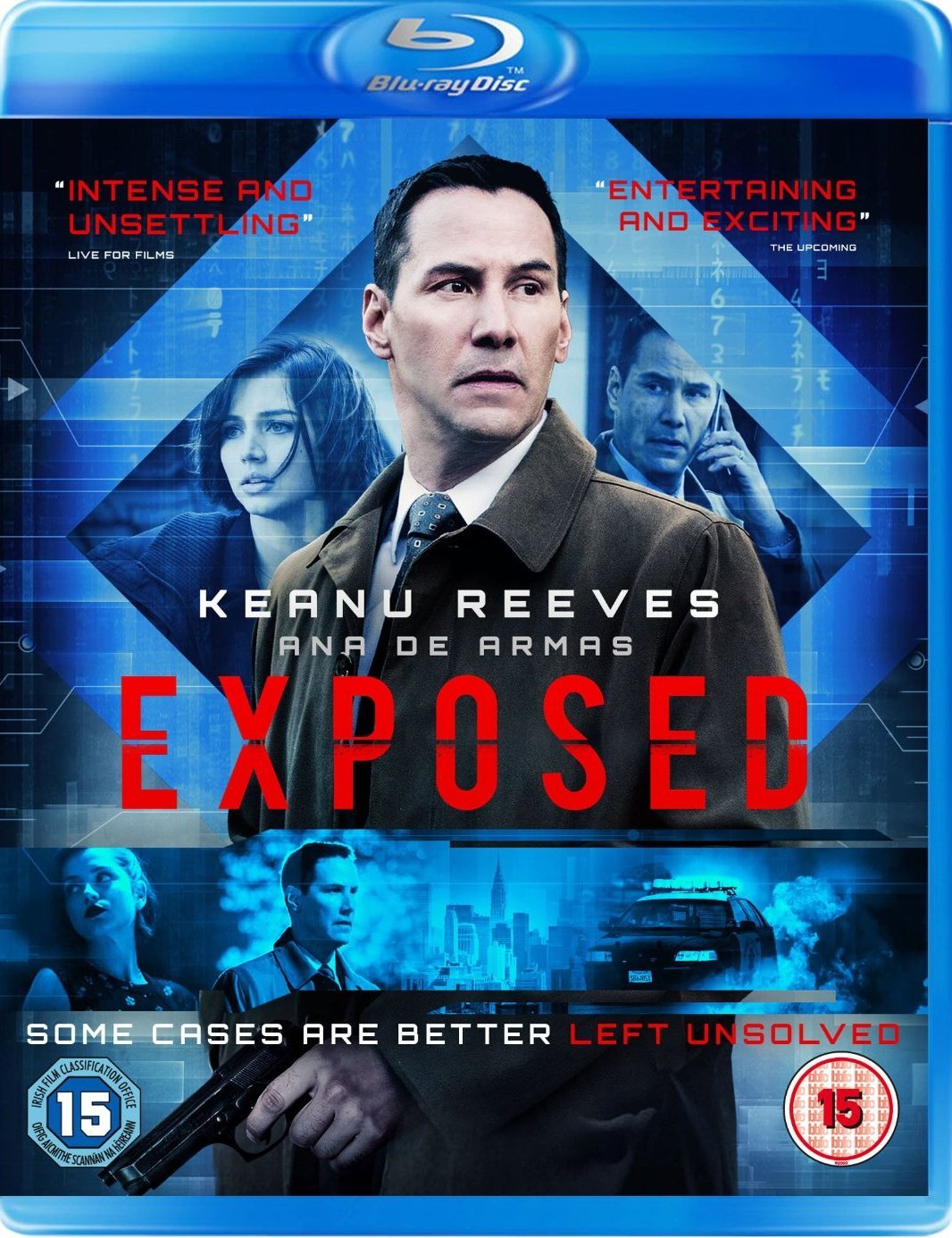 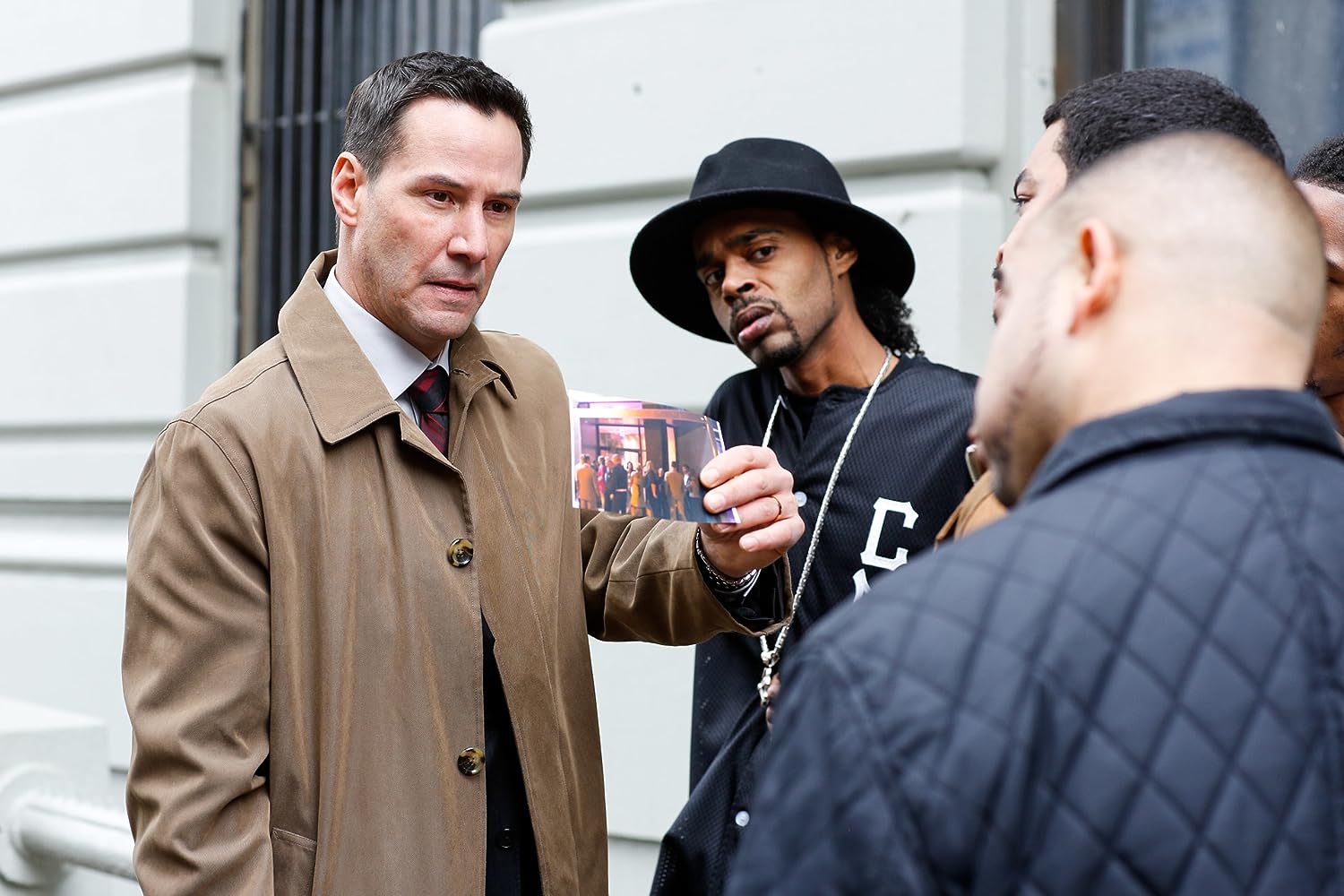 A police detective investigates the circumstances behind his partner’s death. The mysterious case leads to an attempted police cover-up and a dangerous secret involving an unlikely young woman. The two parallel story lines initially appear to have little in common, but as events gradually unfold in the two separate urban worlds, the young woman appears to somehow be involved in the detective’s demise. The dead cop was depraved and corrupt. His colleagues fear that the investigation into his death will bring these facts to light. The results would include bad press for the police department and the loss of his pension for his family. The fear is based on the fact that one of the prime suspects in the case is a young ex-convict who had allegedly been sexually molested with a broomstick wielded by Detective Cullen. Supervisors within the precinct would rather let the murderer go free than to open up a Pandora’s Box of troubles for everyone concerned.Meanwhile in Isabel’s private world, she believes that the strange beings she has begun seeing on the streets are angels. Accordingly, she thinks that her mysterious “impossible” pregnancy is a gift from God. However, nobody in her family believes her. Isabel’s “angels” are a fabrication of her own mind. She created them to accompany a fictional narrative that would replace the unbearably traumatic memories of being raped by Detective Cullen on the subway platform the night that her “visions” began. She further suppressed the memory of catching him off guard afterwards and killing him in a fit of righteous rage. The buried memories are released in an avalanche of images after a brief stay at her parents’ house triggers a sudden recollection of sexual abuse from her father many years ago.  There is a plot device employing the use of a young girl whom Isabel befriends who, it is finally revealed, is almost as imaginary as her “angels”. The girl is revealed to be Isabel as a child. She disappears from the pew in the church as Isabel prays for the strength to accept what has happened.

It was very original, interestingly designed and definitely worth the watch. I was not bored at any point, and indeed intrigued. I wondered whether I was going to be let down by the story, but actually the ending was far more interesting than I imagined. 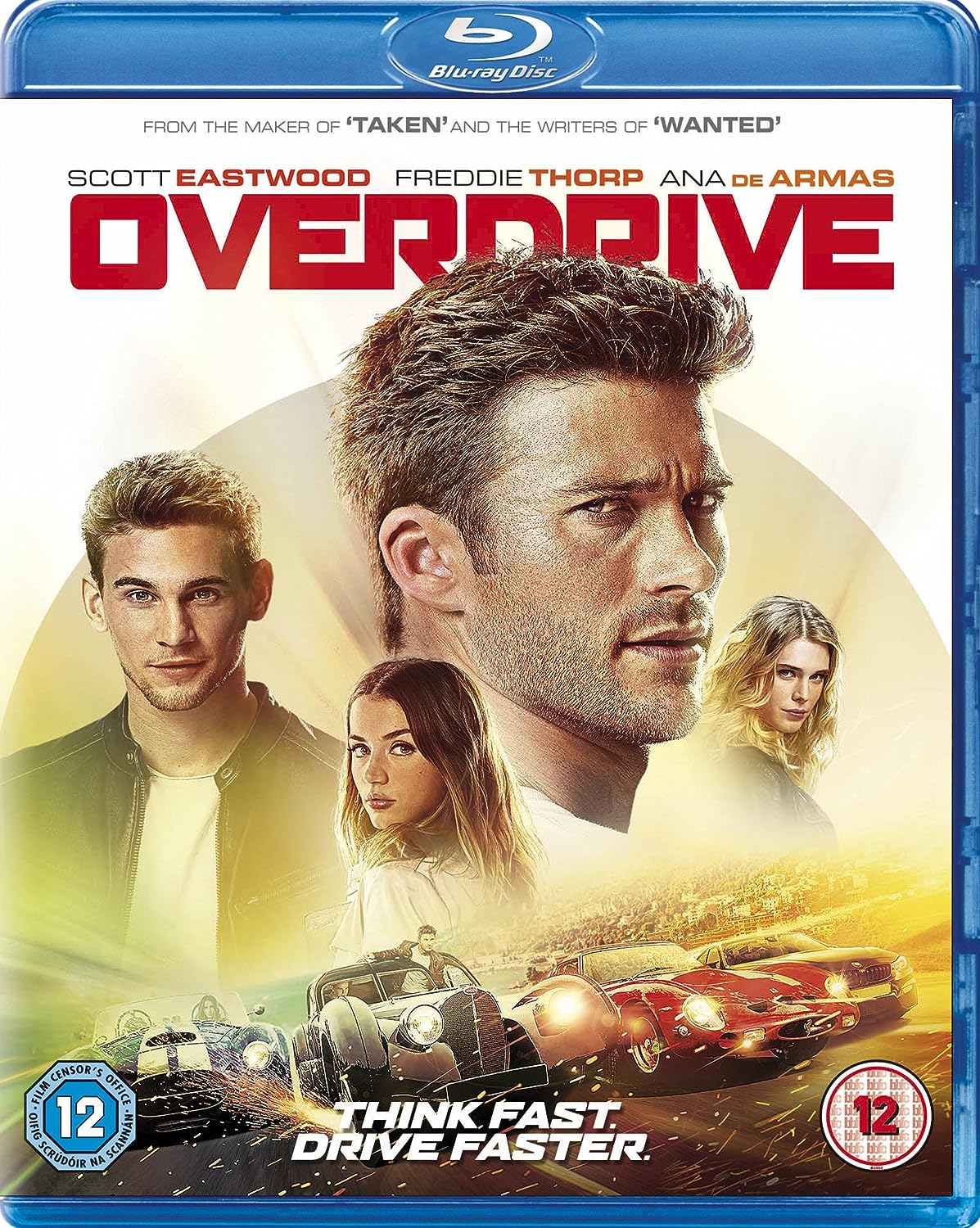 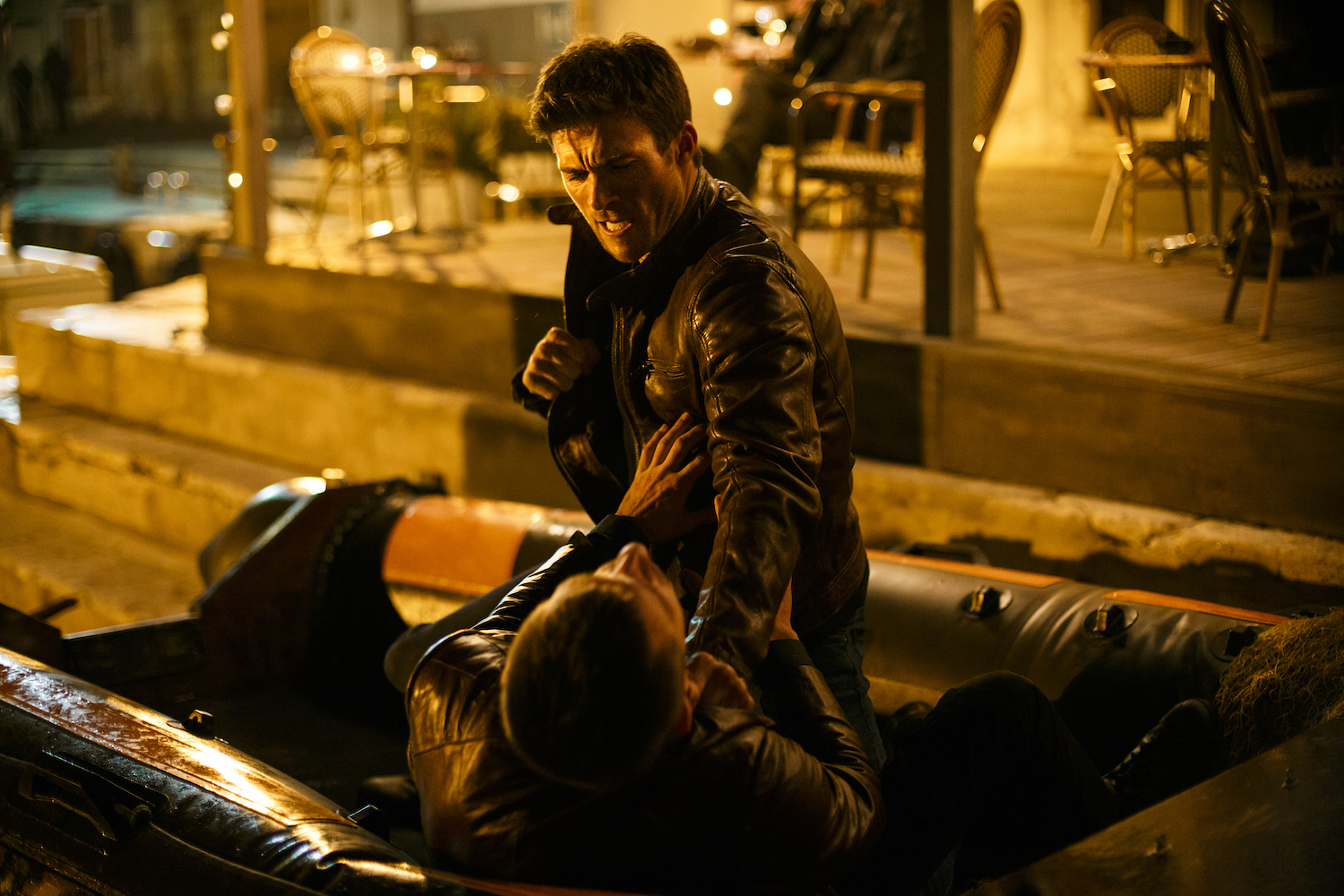 Half-brothers Andrew and Garret Foster operate as international car thieves, targeting high-end of the market vehicles. They steal a rare Bugatti in transit after it is purchased at auction in France, unaware that the car was bought by Marseille crime boss Jacomo Morier. Morier’s men capture them when they try to sell the car and take them to Morier’s house, where he shows them his garage full of cars. He then means to shoot them but, to escape their punishment, the brothers offer to help Morier complete his collection by stealing a rare Ferrari owned by ruthless tycoon and rival, Max Klemp. Morier agrees but sets the condition that the theft must be carried out within one week. 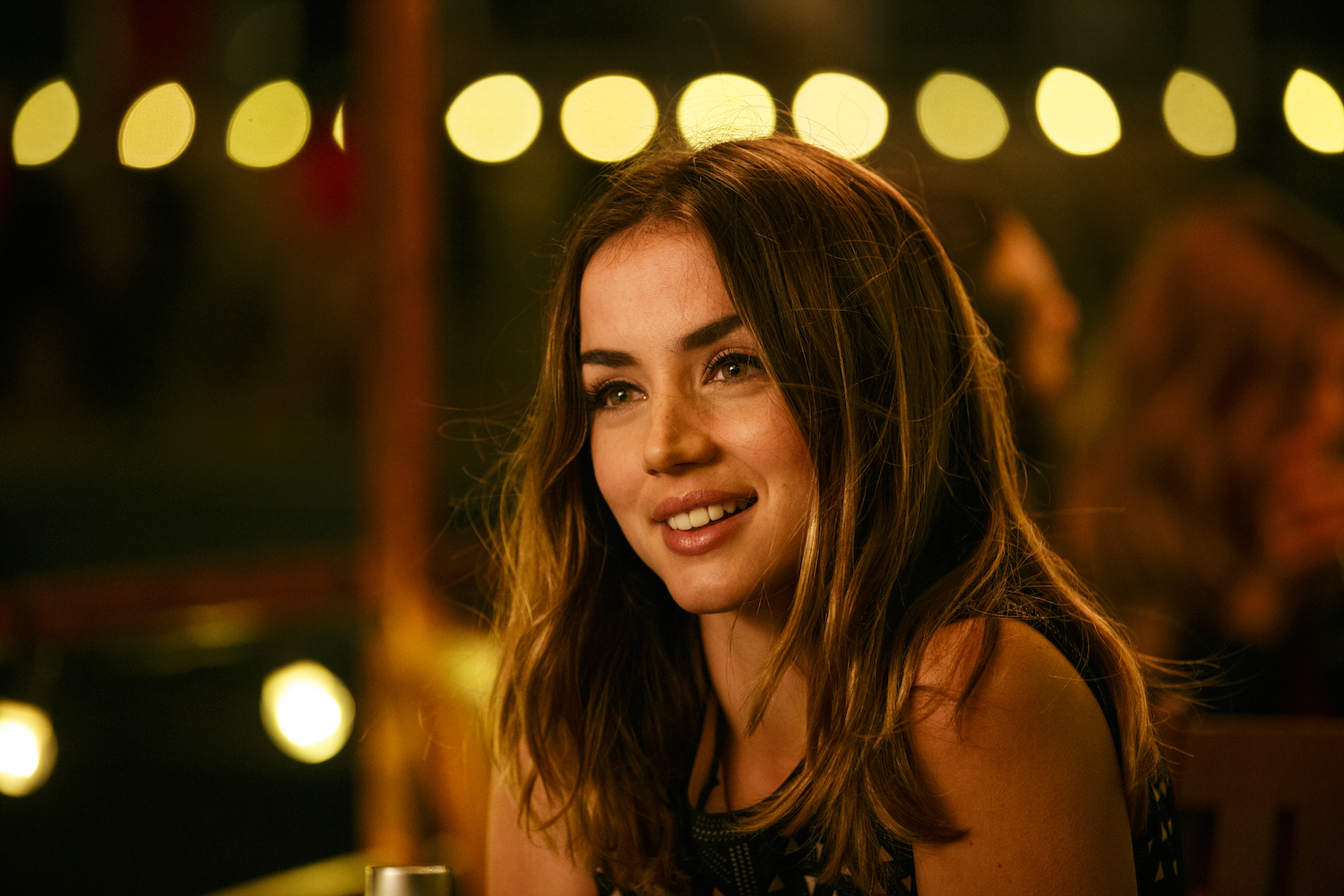 The brothers hurriedly recruit a team in Marseille to carry out the job, including Andrew’s girlfriend Stephanie and her pickpocket friend Devin. Andrew tells Garret that this will be his last job. They also have to cope with Morier’s cousin Laurent keeping watch on their operation, as well as a pair of Interpol agents. Garret, who had recently been conned by a woman who pretended to fall in love with him, begins a relationship with Devin. For insurance, Morier’s men kidnap Stephanie in the Marseille marketplace. Andrew and Garret arrive in their flat and Devin tells them Stephanie has been taken. They head to Morier’s house to find Stephanie bound and gagged under a spinning car wheel, which Laurent threatens to lower onto her face. Andrew and Garret promise to finish the job in order to save Stephanie. 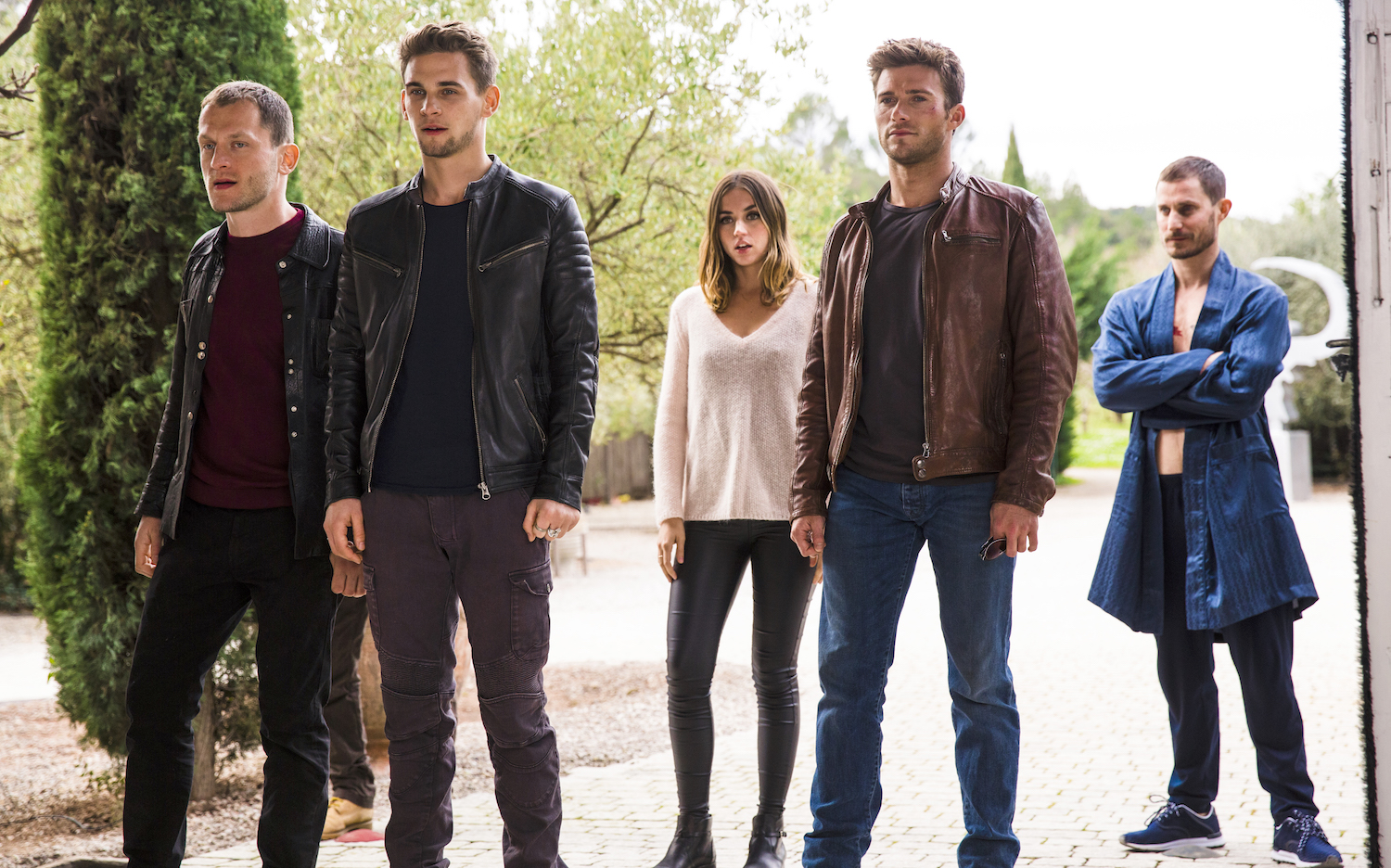 When the day of the robbery comes, the brothers put their plan into effect. Stephanie, locked in a room in Morier’s house, attempts to seduce Laurent and fails, although she manages to steal his key to the door and escapes. She sets off the house alarms and leaves with a shotgun to meet Andrew, Garret and their team at the door. Morier realises that the events that led up to this point have been part of an elaborate diversion to allow them to steal his own car collection. Morier only understands what is happening as the gang are making their escape and he chases them to the docks. During the pursuit, Andrew proposes to Stephanie and she agrees to marry him. In a final confrontation, Morier is killed when his car is rammed into the water by a coach driven by Devin. Devin leaves, promising to call Garret. Andrew and Garret give all of Morier’s cars to Klemp, revealing that this had been the plan all along and that they had partnered with Klemp to get back at Morier. But as Devin leaves she has in her hand the code to the garage where Klemp keeps his Ferrari. 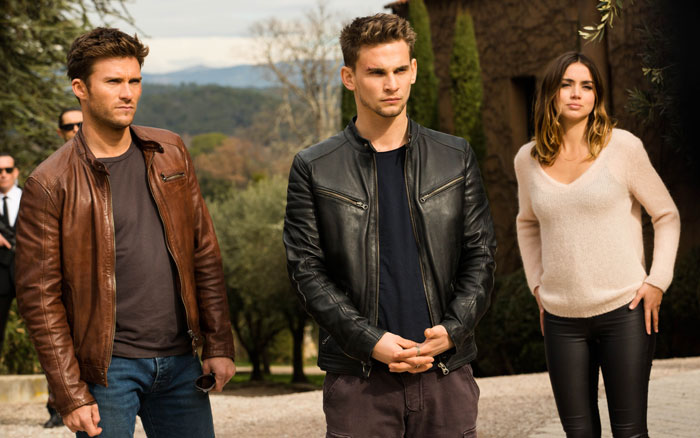 Garret, Stephanie and Andrew are later seen together in Paris. Garrett thinks he has been stood up again when Devin shows up in Klemp’s Ferrari and gives the keys to Andrew. When Andrew then gives the car to Garret, Garret thinks this means Andrew is leaving the business. However, Stephanie mentions that there is a very rare car in Barcelona, one out of only nine in the world, and the three are tempted to steal it. Andrew decides to join them and the re-established team begins to make plans.If you like action movies and you want to watch something light, relaxing and entertaining, my suggestion is to feel free to enjoy without listening to needlessly scandalized reviews.