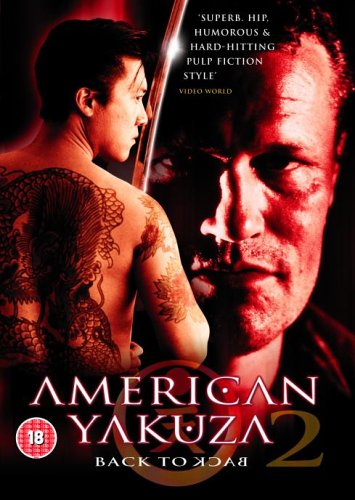 An explosive situation erupts when a mob war thrusts a yakuza, an ex-cop, and his adolescent daughter into a deadly, no-win situation. Booted in disgrace from the L.A. police force Bob Malone suffers a seemingly endless unlucky streak. Matters don’t improve when a robbery led by a crazed criminal transpires at the bank where Malone is filling out foreclosure papers. Witnessing the crime, something inside Malone snaps and he single-handedly wipes out most of the robber gang. Unfortunately, the ringleader escapes and Malone ends up jailed by his corrupt former colleague Lt. Tony Dussecq. At the same time, two Japanese yakuza arrive in L.A. to deliver a special message to L.A.’s most prominent Mafia don. The yakuza are in a restaurant when the bank robber (wearing a vest covered with explosives) bursts in and threatens to blow the place up. One of the Japanese, Koji, intervenes in an explosive sequence. He too ends up at the police station just as Malone’s feisty teen daughter Chelsea arrives with bail money. The yakuza suddenly escapes, taking Chelsea and Malone with him as hostages. Now pursued by the crooked coppers and the mob, the unlikely threesome have no choice but to team up to survive.

The story is well told from the view of people living in the back side of the society, with friendship, and loyalty which is an universal code between warriors of two countries. Ryo Ishibashi and Daniel Harris steals the show with their acting. A hidden gem of a movie I’m sure you’ll agree if you’ve seen it. 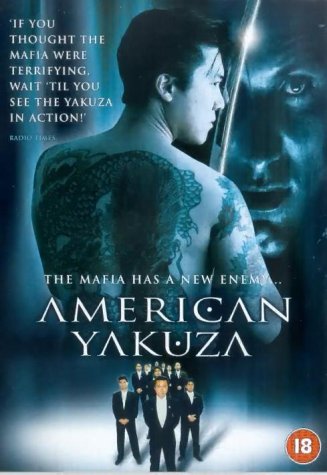 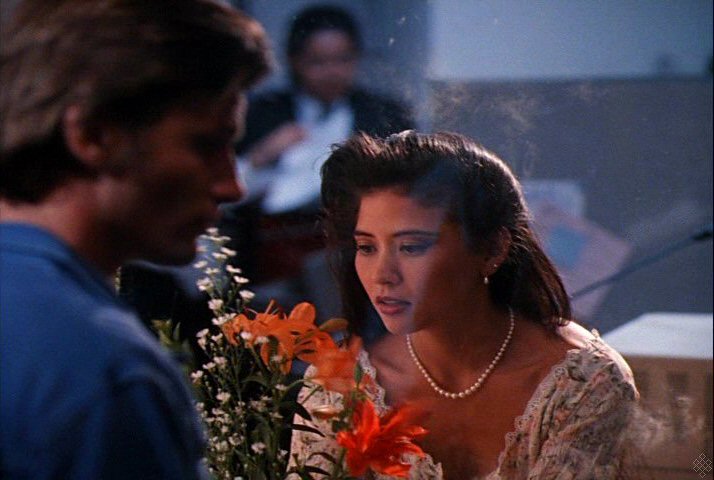 When Nick Davis (Viggo Mortensen) leaves prison after one year in solitaire, he is hired to operate forklift in a warehouse in the harbor owned by the Japanese Yakuza patriarch Isshin Tendo (John Fujioka). The place is assaulted by the Italian Mafia leaded by Dino Campanela (Michael Nouri) and Nick rescues and saves the life of Shuji Sawamoto (Ryo Ishibashi), who is the representative of Yakuza interests in America. Shuji hires Nick to work for Yakuza and becomes his godfather in the family after his oath to join Yakuza. However, Nick is a lonely FBI undercover agent assigned to penetrate in the criminal organization. When the FBI discovers that Campanela is organizing a massive attack to destroy the Yakuza, Nick’s boss Littman (Robert Foster) calls off the operation to leave the dirty work to the Italian Mafia. But the connection of Nick with Shuji and his goddaughter Yuko (Cristina Lawson) forces him to help his Japanese family.

American Yakuza is one of the best movies of Yakuza movies with a solid dramatic story of code of honor and a beautiful romance.  Viggo Mortensen ‘s character is very well developed in one sentence of his liaison Sam, when he explains that David Brandt is a needy man without family that gives a great value to honor and does not admit betrayal. The screenplay is sharp and the production is classy, supported by magnificent direction and performances and an awesome soundtrack.