Here is the annual Halloween special. Levi is playing a song with the Rangers at the school. An old lady gives some junk to Principal Hastings, one is a game Grave Robber which Calvin likes. Hayley brings the costumes. The Rangers want to play but Levi doesn’t. The 5 Rangers go to shop class and put on their costumes, Sarah is some sort of unicorn, Brody is a mounty or a British guard, Calvin is Frankenstein’s monster, Preston is a wizard and Hayley is a witch. Cosmo Royale traps them to sit and they can’t call for help. They have to play Grave Robber. There is a magic hourglass they can’t stop. They have to fight villains they defeated before so they fight Trapsaw, already morphed when they touch the crystal ball. Red defeats them all. Sarah rolls 6 and finds Hacktrack, who took her cloning technology. They get some devices and enter. Hacktrack leaves. Red tracks the monster with a Ninja Kite technique using Ninja Forest Attack while the Rangers help Sarah with a device. She makes a kite as well and flies after them. Sarah blasts the monster and destroys it. The Rangers return to the game.

Preston rolls a five and find the slow monster. They surprise him and fight him. Blue and the monster fight. Blue and the others get the slow mist. Blue still tries fighting but fails. Red arrives and they all disappear and return to the board. Cosmo Royale says they lost and give them a misfortune card. Calvin rolls and gets Spinferno. Calvin goes in on his own since he rolled it. Calvin fights Spinferno in a dump and a truck goes after him and Calvin is tied by a ring to the truck. The truck driver is asleep, Yellow gets in and gets the man. They escape but Yellow misses the net and comes out of the game. Cosmo Royale gives them another misfortune card—they must go against a Skullgator. The 5 Rangers call their Megazord to fight the Skullgator. Cosmo turns RoboRider evil and it goes after the Rangers. Robo Red goes out to fight Robo Rider while Preston calls the Astro Zord to replace the Red one on the Megazord. They destroy the Skullgator. Robo Rider shoots the Megazord. The Rangers fall out. Cosmo Royale sends another Skullgator. Calvin and Hayley use their zords. Levi and Mick talk. Mick states the obvious, Levi learns his Aseop and goes to the auto class. He finds the door lock and pries it open. He finds the game. He touches the ball and enters the game. Cosmo Royale arrives and is mad.

He doesn’t play by the rules and saves the Rangers. Robo Rider stops the Skull Gator. The others celebrate. Bullrider Megazord is formed. All 6 Rangers enter the cockpit. They destroy the monster. Gold has the hourglass and all the Rangers blast the hourglass and escape the game. They are happy they can stand again. Levi apologizes by spoiling their game. They get an alert so they go trick or treating because it is night now.

Best Line– Presto: “Magic Hourglass? I have to get me one of those.” Nice to have Cosmo Royale involved but he’s not a fighter so they didn’t have a hand to hand combat. Not a bad Halloween special, sort of reminds me of the Megaforce one since they had to sit around a crystal ball. Nice to sneak a lesson in there for Levi though.

It’s easy to overlook that Power Rangers has never really gone away. Power Rangers has been going strong for over twenty years, with a new season debuting almost every year since 1993. 2018 is no different, with Power Rangers super  Ninja Steel kicking off the latest iteration of the long-running franchise.

Super Ninja Ninja Steel does a great job of jumping right into the action, indulging in the sort of “just go with it” storytelling that works best with Power Rangers. In quick order, we’re introduced to a number of high concepts – The Return of Madame Odius, the setting up of her show Galaxy Warriors season 2… And The Return of Sledge who returns in the opening episode if only briefly.  Also introduced is The Super Ninja Armor for when they are in the Zords.

I enjoyed Super Ninja Steel from beginning to end, Madame Odius is a much better villain than Galvanax. In the mid season finale where she defeats the Rangers and dispatches the zords is brilliant and the wait for Episode 9 was painful. Episode 10 the big crossover events shows how a crossover should be in the returning rangers are all favorites of mine. It was great to see Catherine Sutherland , I was always saddened when she left the Show. The Big finale was awesome too finally seeing the Madame Odius defeated and The Rangers victorious. The season has its ups and down, but all in all a great season, and leads you wanting more , Bring on Beast Morphers in 2019.

With all the hype and that’s built up  for the 2017 movie, it’s easy to overlook that Power Rangers has never really gone away.  Power Rangers has been going strong for over twenty years, with a new season debuting almost every year since 1993. 2017 is no different, with Power Rangers Ninja Steel kicking off the latest iteration of the long-running franchise. . 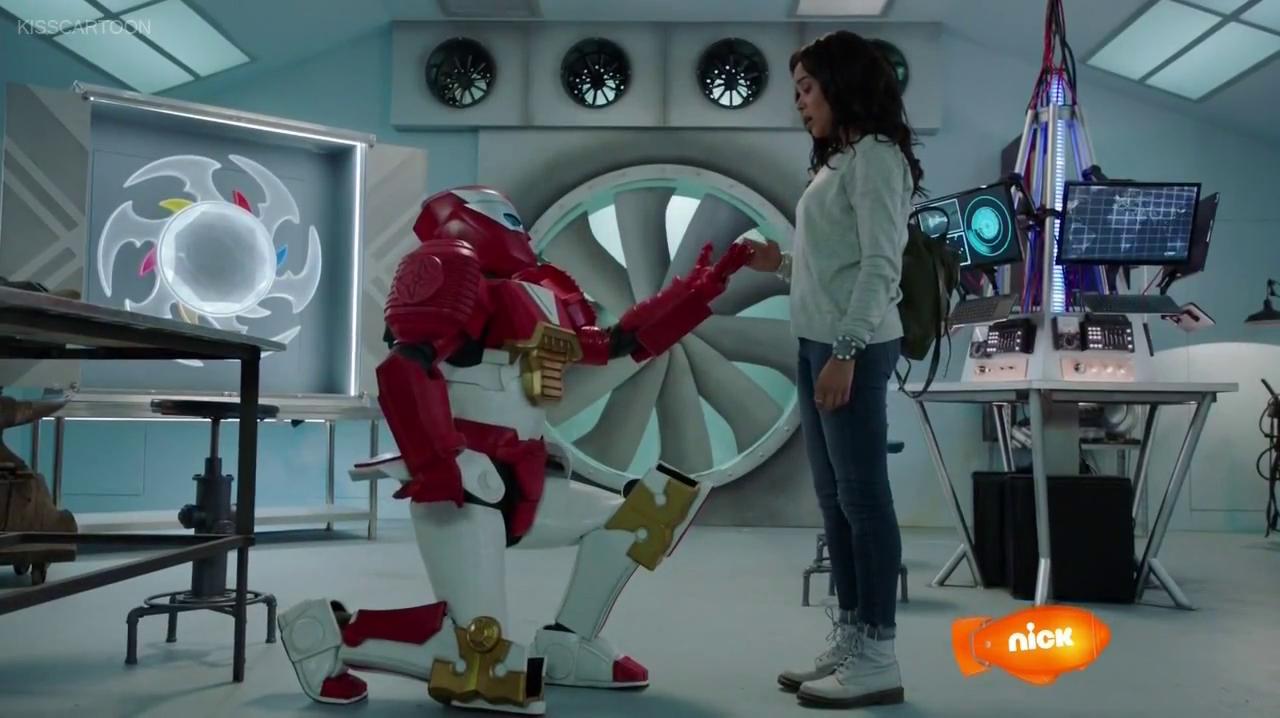 Ninja Steel does a great job of jumping right into the action, indulging in the sort of “just go with it” storytelling that works best with Power Rangers. In quick order, we’re introduced to a number of high concepts – an intergalactic battle game show of monsters, a mystical Spirit Crystal that contains magic throwing stars – without worrying about overexplaining any of it. The best Power Rangers seasons understand that fans will just go with whatever opening concept it throws out, and Ninja Steel gets that. 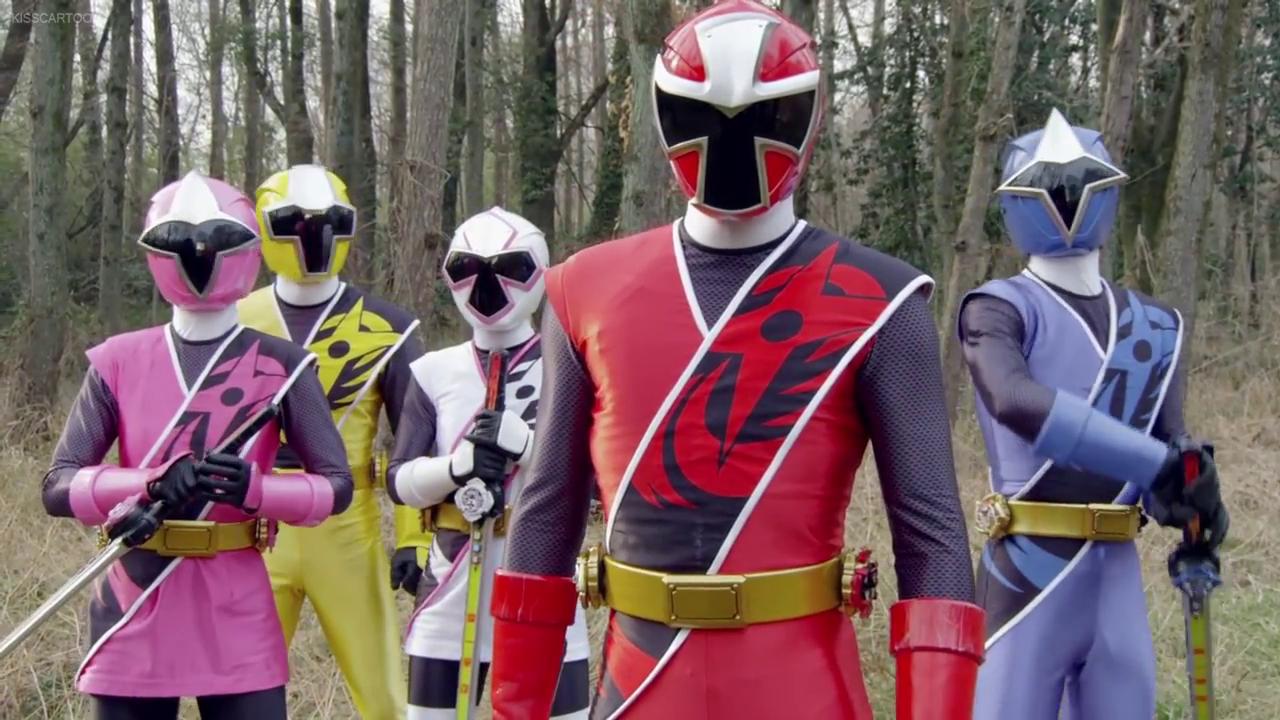 What makes it work as things go on, though, is the strength of the storytelling within the over-the-top premise. The opening episodes do a good job of introducing our core characters, with the focus falling on Red Ranger Brody as he escapes from the evil Galvanax’s space station. Brody has spent most of his life a prisoner following his dad’s defeat, and the story opens as he finally finds a chance to return to Earth and take up his father’s cause to defend the legendary Ninja Steel. 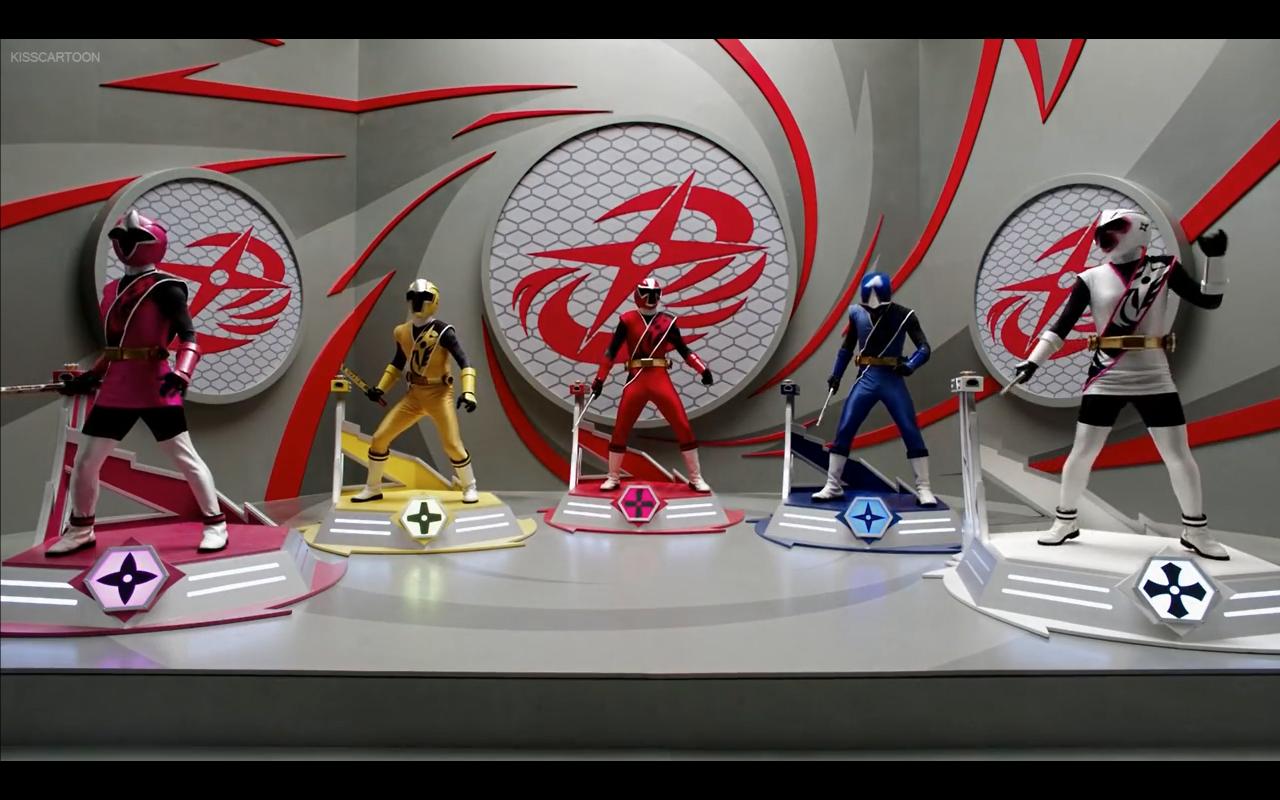 The rest of the team, as is often the case early on, are little more than sketches, but they come across as likable enough. The standout is would-be magician and Blue Ranger Preston, with Peter Sudarso giving the team its most carefree, entertaining member. It helps that this is a solid group of actors, with no one delivering a wooden or unengaged performance; everyone seems to be aware of and enjoying the type of show Power Rangers is. 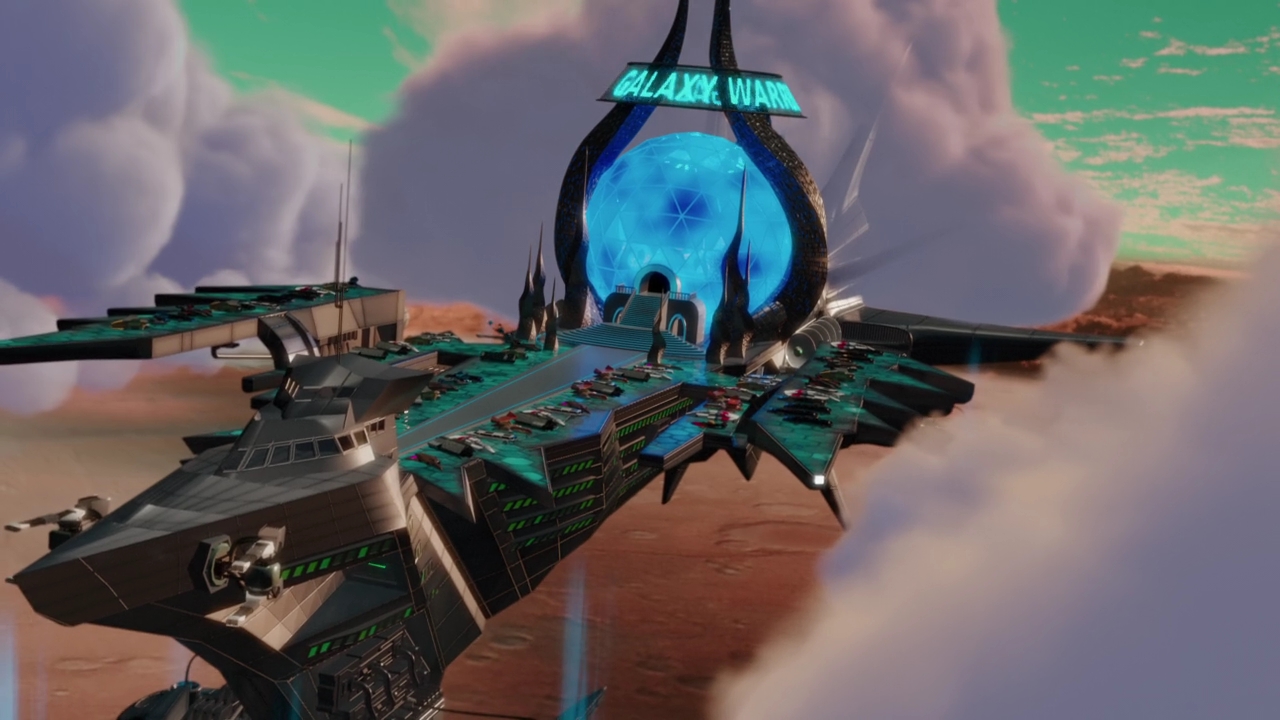 .This sense of fun and comfort expands to the supporting cast as well, with not a weak link in the chain so far. Victor Vincent and Monty bring the sort of lighthearted comedy that all of the best civilian friend characters have over the years, while series veteran Kelson Henderson is reliable as ever as the goofy shapeshifter Mick. There’s nothing to complain about in the action department, with the Ninja Steel Rangers delivering several great fight scenes throughout. The action choreography is solid, and it’s always fun to see the Rangers use their Zords individually in battle. Visually, the Ninja Steel suits themselves are great, and the Zords are diverse in design and function. Ninja steel from the first 8 episodes has shown it be a great season, the Introduction of The Gold Ranger in 7 and 8 was great, and will ne nice to see what he brings to the team as the season continues. So far Ninja Steel has become yet another great Power Rangers season.