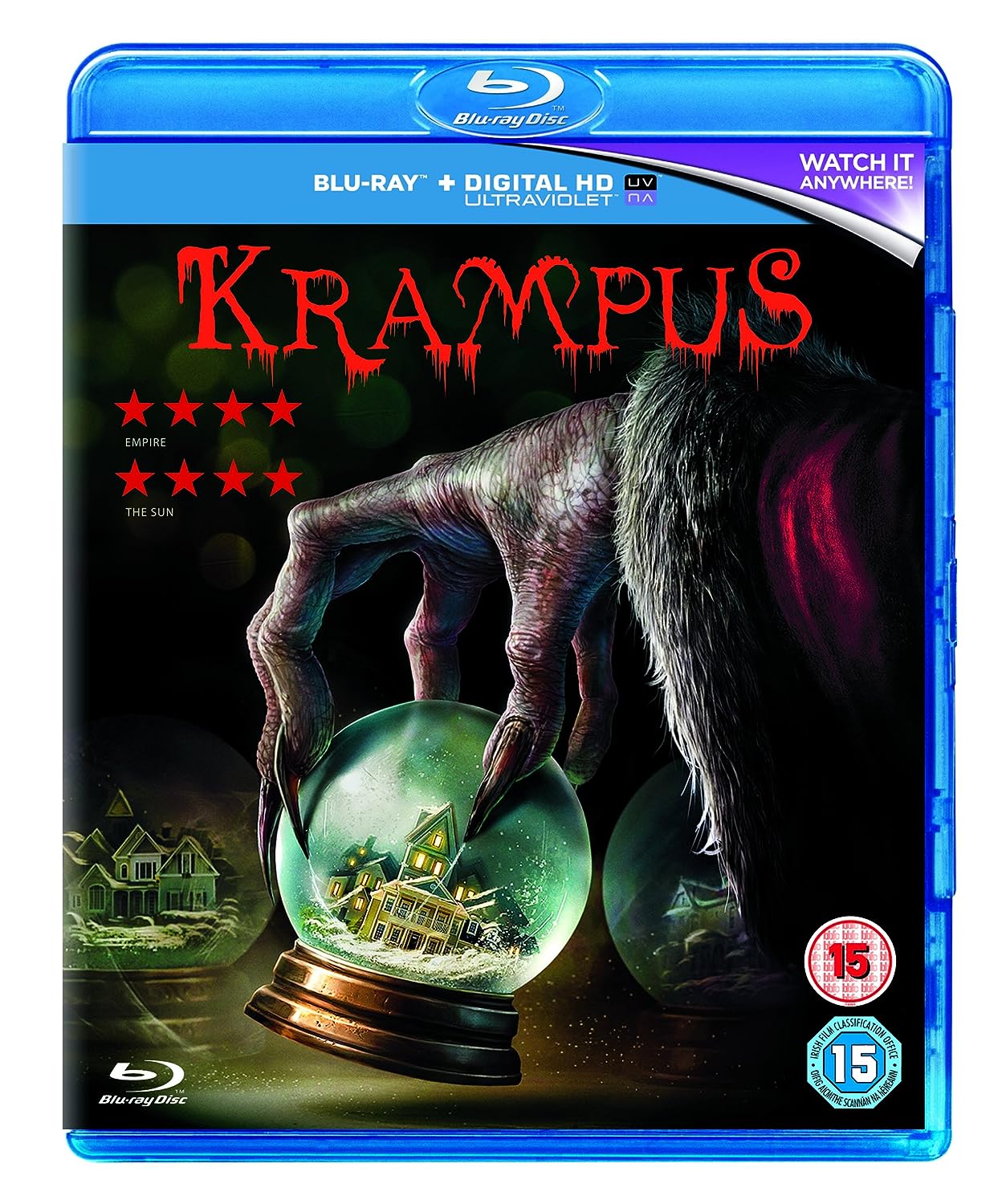 Max wants to continue the family’s Christmas traditions, but tensions between various members of the family keep everyone from having a good time and the family lose their Christmas Spirit. Shortly afterwards a severe blizzard appears and cuts out power in the entire town. Beth, worried about her boyfriend, decides to go visit him in the storm. Upon reaching his house, she spots a strange being who then chases her. She hides under a stalled delivery truck, where she is attacked by an unseen monster. After a period of apparently being alone with no power, Tom and Howard go out seeking for Beth by going to her boyfriend’s house and find it in devastation, with the chimney split open as well as large, goat-like hoof prints on the floor. Fearing what they do not yet understand the family board up the doors and windows, promising Sarah they will look for the missing Beth when morning comes. Howard promises to stay up to keep watch during the night, but he falls asleep. As the fire in the fireplace dies, a hook is lured down the chimney, which drags Howie Jr. up and away. Omi reveals to the family what is happening—they are being tormented by Krampus, an ancient demonic spirit that punishes those who are bad at Christmas, referring to him as the “shadow of Saint Nicholas”. Omi admits that when she was young, her family’s poverty caused her to lose her love of the holidays, which summoned Krampus and resulted in her parents, and town being dragged into hell. She alone was spared by the demon, who left behind a bauble with his name inscribed and her life as a reminder of what happens when one loses their Christmas spirit.

In the attic, a bag of presents suddenly begins shaking. The family run to the attic and witness a large, snake-like jack-in-the-box monster devour Jordan. The others are attacked by a group of monstrous toys, but fend them off and regroup downstairs. They are soon again attacked by Krampus’s elves, who abduct Dorothy, Howard, and the baby before leaving. The remaining family decide to make a run for a snow plow in the street. Omi stays behind to confront Krampus and buy time for the others. Krampus opens his bag of toys and she is attacked. As the rest of the group run for the plow, the family is carried off one by one until only Max is left. Krampus then appears before Max and gives him a bauble with his name on it, wrapped in a piece of his shredded Santa letter, before leaving. Max confronts and pleads with Krampus to give his family back and take him instead. Krampus seems to consider his request before picking Max up and holding him over a pit into the underworld. Max apologizes to the demon for losing his Christmas spirit but Krampus drops the screaming Max into the pit.

Max suddenly awakens in his bed on Christmas morning. He looks out his window and sees that the neighborhood has returned to normal, and finds his family downstairs opening presents. Believing that the entire experience had been a dream he opens a present and discovers the Krampus bauble. The family falls silent and the camera zooms out to reveal that their house is seen inside a snow globe on a shelf in the Krampus’ lair, along with others.

The film works very well in a number of ways. There is a nice balance between the comedic elements, the in-laws “from Hell”, (with Conchata Ferrell as Aunt Dorothy, doing a nice turn), and some genuinely quite tense moments (for example, when Tom and Howard go out in the blizzard to look for Beth – the significance of the ginger bread man pinned to the fridge with two knives only becoming clear later!). In addition I thought the “Jack in the Box” was genuinely quite creepy. The cloven-hoofed Krampus himself, as the “shadow of St. Nicholas” is rarely seen close up until the end, but is well done. What I also liked about the film was that it did not all dissolve in the final act into the usual too sweet and sugary ooze of most Christmas films “with a message”. It stayed true all the way through to the end.